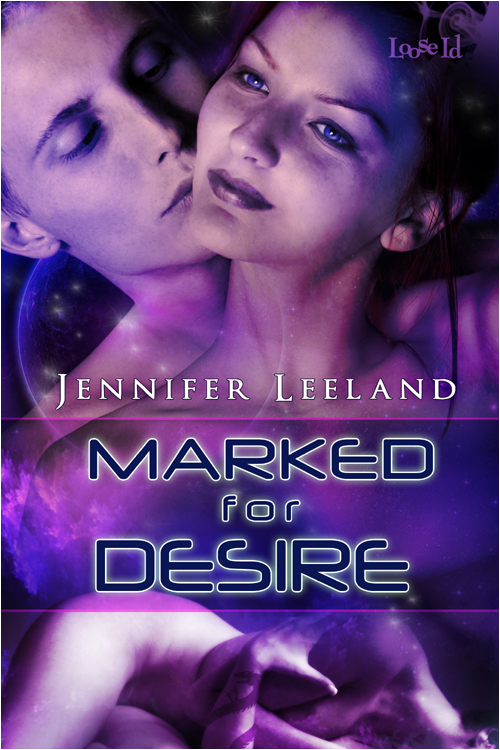 Another damn appearance. Princess Sera had to perform, no matter what. It didn’t matter that she was still on some maniac’s assassination list. She had to show up as the last of the Placido line. What difference did it make if someone killed her?

She dabbed more makeup on with short, angry strokes.
And self-pity helps so much
. Sera sighed.

The image in the mirror wasn’t reassuring. Oh, her red hair was in place with its perfect curls. Her blue eyes were dull, though, and no amount of makeup was going to hide the dark circles underneath them. Her pale skin seemed whiter than usual, and her hands shook.

Well, being the target of the Brotherhood’s assassins did that to a person.

Her hand froze for a moment. The Blueshift Brotherhood. No terrorist group caused so much fear or had their assassins spread so far. Their cells were on every inhabited planet of the galaxy, and their exploits were well-known. The assassination of a Teran One minister. The disgrace and murder of a Sethos Five council leader. The destruction of a Teran Five politician’s career. The poisoning of an entire colony on Corilus. All were the results of a campaign of terror that seemed to have no end point but murder and violence. And for some reason, they wanted her dead.

That, and humiliated by the space media streaming pictures of her exploits at the sex club Star of Pleasure.

Two months later, it was still a hot topic of conversation. The council was furious. The odd thing was it only made her more popular.

She threw her brush down onto the vanity. Part of her had hoped the council and her people would disown her, turn their backs on her. It would be a relief to abdicate and walk away. But she couldn’t do it. All she could do were these petty defiances, this rebellion.

Her newest adviser poked his head in. “Princess, they’re waiting.” What was his name? Ralph? Richard? No, Riordan. What a great name wasted on a complete weakling. It must have been some cosmic joke to give this unimaginative bureaucrat a name from Old Earth that meant “royal poet.”

“They won’t start without me. Stop hovering.” She put all that imperious crap into her voice. God, she wanted to say
fuck it
and walk away.

A Teran Three religious dignitary who wanted to honor the spiritual legacy of the planet Placido had somehow convinced Riordan to book her here. As the last heir to the illustrious name, Sera was sought after to perform a tame version of a Placido ritual.

For a moment her mother’s face floated in her memory. How had she handled all this attention?

When Sera rose from her vanity, the door automatically opened. The Teran Three priests who had to be watching were right on time, making sure she didn’t miss one moment of her appearance. Cameras followed her every move. She wondered what would happen if she suddenly started screaming. Nothing. The vid news would just say she was on Smack or something. Hell, she didn’t do drugs and certainly not Smack. She didn’t need to. Her life had enough drama.

The white dress floated around her ankles and hugged her waist. Thank God it was comfortable. When she stepped outside, her two guards marched forward and flanked her. Just because the Brotherhood had made an attempt on her life on Sethos Five, the council demanded tighter protection. She hated being crowded. All her life, she’d been under guard. With this new threat, however, she had no real time alone, no privacy. She supposed it was better than being dead. Wasn’t it?

Her jaw ached from clenching it.

She relaxed her face into a smile and strode through the double
plaz
doors. And came to a dead stop. For a moment, she forgot to breathe. The sight stunned her. The room glittered with glowing white
ankai
stones. It was an exact replica of the huge cathedral on Placido. The artwork, the circular shape of the room, and the pyramid altar didn’t just mimic the various artifacts of her home planet; they were exact copies. Beneath her feet was a smooth black surface she didn’t recognize, but it resembled the obsidian flooring in the Satis cathedral.

Across the room the Teran Three priest raised his hand in greeting. What was it about the man that made her suspicious? When he’d approached her a month ago to do the Placido ritual, she’d questioned his motives. His reassurance that he only wanted to see it performed didn’t ring true.

After all, Teran Three was a theocracy, their planetary government based in the neo-Christian movement. Their aggressive conversion tactics were known throughout the universe. In the end it was Riordan who had accepted the invitation from Teran Three. She probably would have passed on it. Why would they want to see a ritual they considered pagan? And why would this priest create an exact replica of the Placido temple, which was created to worship the miracle of the universe’s physical wonders?

She studied the priest while she made her way across the room. Young, innocent looking, with bright brown eyes and a conservative black robe typical of the Teran Three religious order. Religion ran
everything
on this planet. Why would this priest want the infamous Princess Sera Placido to officiate this ritual? It seemed odd since Teran Three banned all information about her and her exploits. Rightly so. Her doings would shock them.

She’d spent her whole life running from her destiny. Why wouldn’t her people, the council, all of them, just let her go? She’d given them plenty of reasons. But they were a stubborn bunch and believed she held the key to bring them home to Placido.

“Princess,” the priest said and held out his hand with a wide smile. She took it and returned his smile. Charming. She had to be charming. This was no time for her questionable sense of humor. She wondered what he’d say if she told him that this blessing worshipped human potential? And that sex intensified the experience?

“Brother Tauler. You have done a wonderful job,” she said. “This is exactly like Satis Cathedral on Placido. I’m impressed.”

The young man bowed his head. “The ritual demanded it, Princess. I could do no less.”

“God ordained it so. I was only the instrument.”

Sera bit her lip. She had no love for fanatics. Best to keep her mouth shut.

The priest was happy to dominate the conversation. “We hope, of course, to convert many more souls to our cause.”

The man went on and on about the connection between the Placido rituals and the Teran Three narrow view of God. She quit listening. She stared at the pyramid-shaped altar. It glowed, and the closer she got to it, the brighter it grew.

That was no copy. She couldn’t believe this asshole’s gall. How had he gotten the actual Satis Pyramid? It was supposed to be at a Teran Five museum for a temporary exhibit. Her nostrils flared, and she met the priest’s gaze. She took a deep breath and summoned calm.

Charming. She had to be charming.

“Tell me, Brother Tauler. How did you manage to get ahold of the pyramid?”
Yes, you fucking asshole. How did you grab an ancient artifact from a planet that’s protected from raiders?

Did all fanatics have that insane expression when they talked about things like this? Her hand curled into a fist as her palm itched to slap him.

“Really? I’d love to hear.” She was going to murder him. A miracle. Right.

“It was being transported to be displayed on Teran Five, but a mercenary ship intercepted it.” The priest’s hands clasped together in a happy twist. “We managed to shoot down the evildoers and confiscate their booty.” He smiled at her. Smiled! “Isn’t that just the way God works?”

No, you fuckhead, it isn’t
. She kept her face a pleasant mask. “But you plan to return the artifacts to Placido, of course.”

The priest had a puzzled expression: his eyes wide and a small frown on his forehead. “Oh no! God has
entrusted
us with these priceless gifts. We will not allow them to be misused by worldly planets. Your presence here will solidify our claim. God’s will be done.”

“I see. Let’s begin, shall we?” She strode to the altar and controlled the trembling of her hands. She bit the inside of her mouth, a cold rage settling in her stomach. Entrusted with priceless gifts, were they? The priest had counted on the infamous Princess Sera to lose her temper and flounce out of the temple. Well, he was sadly mistaken.

The alternative made her mouth dry. Her stomach churned, and her pulse ticked loudly. She’d have to access the power left to her by her mother. A coppery taste on her tongue swept her back to the previous year when her mother had attempted to harness the very power Sera now planned to unleash.

With an effort, Sera shoved the risks out of her mind. Determined, she placed her hands on either side of the altar’s smooth sides. She’d planned on performing a beautiful, quiet ritual, devoid of the power behind it. Now she was going to show this asshole just how much power the Placido line still had.

“Leo Eyler, Teran Interstellar Force.” Leo flashed the guard his credentials. Security at this event was pathetic. Anyone could stroll in and take a potshot at Princess Sera Placido. Shit, they
had
taken shots at her.

He’d avoided her. He had to. Princess Sera Ellysa Placido, last in the illustrious line of a royal family that was thousands of years old; he had to stay away.

The Legend of Alexandros: Belen by Mr. A. C. Hernandez
With All My Heart by Margaret Campbell Barnes
Virgin Wanted (BWWM Billionaire Romance) by Cole, Sierra
Lacy Things by Eros, Yvonne
Dumping Billy by Olivia Goldsmith
In Search of the Dove by Rebecca York
Django: The Life and Music of a Gypsy Legend by Michael Dregni
Once Upon a Scandal by Delilah Marvelle
The Skeleton in the Grass by Robert Barnard
Fresh Flesh by Todd Russell
Our partner