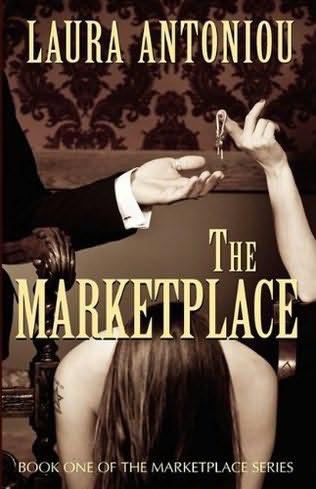 an imprint of Circlet press,
Inc.

An earlier edition was published by
Masquerade Books in 1993 and a second edition by Mystic Rose Books
in 2000.

The text of this ebook was prepared
in-house at Circlet Press and then converted to multiple ebook
formats by the Smashwords Meatgrinder.

Please do not support online piracy
of copyrighted works. This ebook is licensed for the personal
enjoyment of the purchaser only. This ebook may not be re-sold or
given away to other people. If you would like to share this book
with another person, please purchase an additional copy for each
person you share it with. If you’re reading this book and did not
purchase it, or it was not purchased for your use only, then you
should return to Smashwords.com and purchase your own copy.
Additional copies of this ebook may be purchased from Smashwords or
other online sites, or from the publisher’s own site at
circlet.com.

For Want of a Nail: Bonus
Story

About The Marketplace
Series

Merchandise does not come
easily to the Marketplace.

It never has. In years
past, just finding the Marketplace required a mix of personal
dedication, passion, and the investment of a great deal of time.
The creators always intended it to be that way. If it were easy to
find, we would be overwhelmed by applicants.

As it is, far too many
intermediate applicants appear on the edges of the Marketplace,
their eyes wide with pleading and frustration. They hear of us,
they instantly believe in us, and then spend months, sometimes
years, trying to find their way to us. They haunt the clubs and the
organizations, their need so real and desperate that they exude
sensual tension when they glide through the crowds. Some of them
are so ripe that they intimidate the poseurs, the weekend sadists
and the furtive dilettantes who are so endemic to that world. And
they never stop asking where we may be found.

So few of them are truly
ready. They may have flirted with the trappings of a subculture and
found it to be the extraordinary aphrodisiac it is. But a steady
diet of aphrodisia is far too overwhelming. To survive and to
thrive in this world, an applicant must need it more then they need
pleasure, more then they need the companionship of peers, more then
they need even the barest personal satisfaction.

Those of you who have toyed
with or even lived a term of service may wonder at just how hard it
could be to attain the level of excellence required by the
Marketplace. After all, you muse, these are people who will be
called slaves. Owned chattel, their lives formed and polished for
the pleasure and use and amusement of those whose need is to
control and improve. Many of you believe that the right attitude
combined with some physical charm would be more then adequate to
the task.

It is not. Even the most
gifted of naturals, those individuals whose wrists are naked
without restraints and whose souls are bleak without guidance, need
to be trained.

That is why we exist,
actually. We are a gateway to the Marketplace, one of the few ways
to be a part of it yet be outside of it. We are also easier to
believe in, easier to access, easier to afford.

If you work hard enough and
your devotion is genuine, one day you may ask someone where the
Marketplace can be found. They will consider you, perhaps ask one
small service of you or a deeply personal question, and they will
judge whether you are ready. If you show some slight potential,
they may take you home and give you what you desire. Or, if the
need is very strong in you, they may grant your wish and take you
on a long drive, a soft blindfold locking out the light. At the end
of that drive, your entire body in a state of sexual hunger and
your mind obsessed with the fruition of all your deepest fantasies,
you may come to our household.

I shall be awaiting
you.

You will learn to hate
me.

And you will remember your
stay in our house for the rest of your life.

Part One: Chapter
One

“
May I serve you tea,
ma’am?” The girl’s body was bent slightly forward in a subtle,
exquisite, inquisitive posture. Her small white hands held the
china teapot firmly, waiting for an answer. That was excellent,
too. An untrained girl might have started pouring as soon as she
asked the question.

“
Yes, of course,” the
mistress of the house replied. Her eyes followed the movements of
the girl as the liquid poured into the cup. The tea made a distinct
sound while it ran into the cup, another perfection. When the cup
was three quarters full, the pot was replaced, and the ritual
continued.

“Would you like sugar,
ma’am?” Then lemon, then cream. Each refusal was met with a slight
bowing of the girl’s pretty head. When the options were finished,
she backed away from the table, her steps small and carefully
placed, barely disturbing the slender golden chain that wound
between her white, high-heeled shoes.

She was pretty, small and
delicately shaped. She was well suited to the serving ensemble she
wore, the tight-corseted bodice and the lightly ruffled apron. Her
curly, light brown hair cascaded down her back, the pert lace cap
pinning it back. Her deep green eyes were always lowered in
humility, long lashes charmingly fluttering. The wisps of hair
which seemed to carelessly escape from the cap to frame her
heart-shaped face were in fact cunningly arranged to suggest
disarray.

Cute, Alexandra Selador
thought, as she drank some tea. Far too cute for her own
good.

“That will be all,
Claudia,” Mistress Madeleine said, her voice strong and tightly
controlled. Alexandra nodded and her majordomo came forward to
leash the girl and remove her from the room. The two women waited
until the servants had gone to relax back into their chairs. They
laughed together at the conceit.

“And you, Madeleine. It’s
been far too long. You should come out and visit us more often. And
Claudia is simply enchanting. It’s rare you see such grace in that
form of service these days. At least here in the
States.”

That comment was answered
with a simple but elegant shrug. “You should come and visit us,”
Madeleine insisted. She smiled, her face transforming in a way few
of her slaves had ever witnessed. “Did you know that we finished
the pool and the deck? It’s beautiful, especially at night. We
light torches—it’s very romantic.”

“Hm, I bet it is,”
Alexandra murmured. “And you bring in some extra property? To serve
at poolside?”

“We invite people to bring
their own, but of course we try to have someone for everyone. You
should have come to the last party we threw! We had some friends in
from the Netherlands. They had just bought a pair of twins, big,
blonde beauties. We had them dressed in nothing but slender, black
chains, wound all around their bodies.”

Alexandra tried to imagine
that, and the image of them standing next to the tall, dark
Mistress. She nodded. “That must have been nice. Boys?”

Alexandra whistled
slightly. “Very nice indeed. Twin brother/sister combinations are
very, very hot right now, especially if there’s a strong
resemblance.” She waited politely for Madeleine to begin the
business discussion. Over such an elegantly served tea, it didn’t
feel right to just ask what the woman wanted. Was she interested in
a set of twins herself? Alexandra did a quick mental inventory.
There was one pair she knew about that might be ready for training,
but they were in San Francisco, a continent away, and there was no
telling what kind of contracts they wanted.

“Well, there was a strong
resemblance here, honey.” Madeleine flashed that brilliant smile
again. “Both of them had long hair, shaggy almost. They looked
primitive, very... raw. I told David to have their noses pierced.
That would have completed the image. But even without that, they
were a great success. Wherever they walked, people admired them.
David even got a few offers.”

She sighed, and finally put
her cup down. “Shall we get on to business?”

“At your service, ma’am.”
Alexandra reached for her notepad. “What can we do for you this
time?”

“I want you to take
Claudia.”

Alexandra’s eyebrow shot up
in surprise.

Madeleine nodded, her smile
gone. “I want her trained.”

Alexandra considered for a
moment. “I have to be honest with you. I don’t think we’re the ones
you want, Madeleine. We’re entry level, undergraduate. Claudia, if
I might say so, is already past the level of many of our
graduates.” She smiled ruefully. “But I can put you in contact with
one of the master trainers, if you’d like. I think Anderson is
accepting new applicants next month.”

“No, I want you to do it,”
came the confident reply. “Anderson is wonderful, her slaves are
always perfection, but that’s the problem.”

Alexandra waited for the
explanation. It was not every day when a client protested that they
didn’t want perfection. Her eyes scanned the table. There wasn’t a
drop of moisture on a serving utensil nor on the tablecloth. In
fact, the teapot, creamer, sugar bowel and everything else seemed
to be pleasingly arrayed, something she hadn’t noticed
before.

Madeleine stood up, looking
toward the door as though she could see her property through the
walls. “Claudia was meant for perfection,” she began, walking away
from the table. “From the first time I saw her, I could tell. It
wasn’t just her attitude, you can see she’s a slave to her soul,
but the way she devoted herself to being attentive to the slightest
details. Adequate was never acceptable to her. Every once in a
while, I would find her practicing... how to move, how to curtsy,
how to speak. She would watch herself in the mirror and do
something over and over again until it satisfied her.”

She turned to look at
Alexandra. “It was intoxicating for a while. Of all my slaves, even
the Marketplace ones, she had the most desperate drive to be
perfect for me. It was worth the challenge to find fault with her.
A fray on an inch of lace, a scuff on her shoe, a grain of sugar on
the table, it didn’t matter. I punished her heavily for every
imperfection.