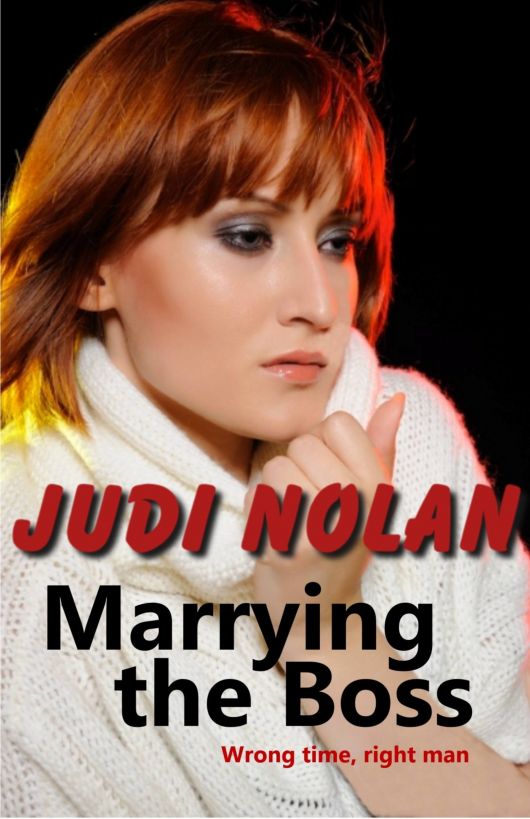 This is a work of fiction. The names,
characters and events are all products of the author's imagination.
Any resemblance to persons living or dead is completely
incidental.

This book dedicated with much love and
appreciation to the lovely Kris for her unfailing advice and
support. Also thanks to my computer girl, Erin for her invaluable
help and not too many sighs. Despite what an obviously jaded
English teacher once said to me many years ago, the world is still
in love with romance.

Romances to ignite
your
imagination

a
nd make you believe…

‘
Charming two bedroom cottage.
Recently refurbished with new furnishings and all amenities. The
extensive gardens will require some work.’

"
Some work..." Lowering the estate agent’s
brochure, Dr. Kate Martin turned around slowly, frowning at the
overgrown riot of flowering plants jostling each other for space
and light among the taller stands of shrubs and trees. "Well,
that’s the understatement of the year. This place looks more like a
wilderness than a garden."

But it would be a
challenge
. A
welcome distraction from her very recent past. This was her chance
for a new beginning. Even if she didn't know where to
start.

Kate nodd
ed. "In fact, this place is totally
perfect."

She inhaled
the early morning air deep into
her lungs, releasing a long breath. Easing off her sandals, she
curled her toes deep into the sun warmed grass beneath her
feet.

Crazy i
mpulse had driven her halfway around
the world—her hospital colleagues had said her hasty decision was
all wrong;
running away never solved anything
.

Kate blew
a second longer breath, pushing the broad brimmed sunhat
from her head and shaking out her shower-dampened curls.

"
You know you can do this." Leaning her
shoulders back against the old stone wall that enclosed the garden,
she looked up to watch a beautiful iridescent bird moving nimbly
through a flowering tree, dipping its beak into the brilliant
yellow blossoms. Cicadas filled the air with their strident mating
song. The rising summer heat haze shimmered in the air.

Alert
to the imminent dangers, she reached
into the tote bag at her feet to extract a tube of factor
thirty-plus sunscreen. She smoothed an extra layer onto her pale
skin. She glanced up at the cottage beyond the garden. She knew she
shouldn't linger outside.

She moved her shoulders. "Just a few more
minutes."

She'd arrived unprepared. Flying
into
the
international terminal in Auckland airport, the enervating heat of
the February sun had been unexpected. She'd left an intense Chicago
winter far behind. A quick gift shop purchase of sunscreen and a
hat covered her immediate needs.

Of course, t
here had been no-one to meet her
flight. She knew she'd flown in three days earlier than arranged.
But the irresistible urge to escape Chicago and all its unpleasant
memories had been too strong.

She
'd made her own plans. Hired a reliable
car and driven south; her GPS keeping her from straying off the
winding main highway, while she kept a wary eye on the unfamiliar
left hand road rules.

The countryside was breathtaking. She felt
free for the first time in years.

Kat
e dropped her gaze back to the garden. Of
course, renting any property, sight unseen, did have its
disadvantages.

Again crazy impulse has driven her
decision. The small house advertised in the estate agent's window
was exactly what she was looking for.

A private haven with a very
reasonable rent
—almost ridiculously cheap—and when she’d moved her few
possessions into the cozy cottage late the previous night, she’d
found it clean and tidy.

She knew she wouldn’t be staying long.
After she had settled and gained her bearings she would have time
to look for somewhere of her own to live.

But for now taming the garden would be
like the new beginning in her employment. The permanent position as
a junior doctor at the Mountaindale Medical Center was exactly what
she needed. She lifted her face to the hot sun. Her days in the
busy practice would be full and rewarding. And her evenings, when
she could relax and unwind after a long hard day, were going to be
spent toiling in the garden. Working the last traces of Eric from
her system once and for all.

It was a challenge she welcomed, even as
she tightened her mouth and said, "This place is surely going to
need a bulldozer and an army of willing slaves."

A small laugh bubbled up making
her blink with surprise. It seemed ages since she’d laughed at
anything.
With anyone.
She shook her head against the unwanted memory.
Get some new
thoughts.
At
least the physical exertion should be enough to distract her mind
from any stray thoughts of her ex-fiancé.

Of how he let her
down
.

Kate
’s heartbeat accelerated. It always
did whenever she gave Eric any space in her mind. A reminder that
she was better off alone and needed to remember that fact. Men were
definitely off her wish list for good.

Despite the rational dictates of her
brain, her breath tightened across her ribcage. Logical thinking
didn’t make the bleak prospect any easier to bear. But to have a
child would mean becoming emotionally involved again in a
relationship. To allow someone to get close enough to hurt
her.

Her own parents had been killed when Kate
was two years old and without any close relatives to take her in,
she’d become another tiny number in the overburdened American child
foster-care system until ten years ago when she’d finally turned
eighteen and was on her own. She’d never been part of a family of
her own long enough to feel she belonged anywhere.

She’d longed with all her heart to have a
family and Eric had offered her the chance to create her very own.
While working as a very new, starry eyed young doctor in one of
Chicago’s busiest hospitals, she’d met and tumbled headlong into
love with the ruggedly handsome surgeon, Eric Waters. Within six
weeks of their meeting he’d asked her to marry him and Kate had
happily agreed with all her heart.

Her new life had seemed so complete and
flawless.

Her lips twisted. "Well, that was my first
mistake."

Stupid!
She’d been blinded to the truth by
her need to belong with someone. A replacement for the family she
never knew. Eric had painted their future with such sweeping and
masterful strokes.

Kate closed her eyes on a soft
groan.
But it
had been a sordid one sided affair.
Eric was already married and his rich New
York wife’s money held more attraction for him than Kate’s love. It
had been a cruel blow, but a hard lesson well learned.

"
Never look back." She stared unsighted at
the view. "It’s all behind me now and half a world
away."

Turning to hoist herself up, she sat on
the broad top of the wall. Drawing her legs up to her chest, she
wrapped her arms around her knees. The mossy stones were smooth and
cool.

The heaven-sent chance to work in the
rugged green countryside surrounding the attractive New Zealand
town of Mountaindale offered her a complete break from her hectic
city life and a whole new country where she could rebuild her
life.

"
Oh, I don’t want to think about the past
any more
.
"
Get
some new thoughts
.
She
needed time to understand her new environment anyway. Her new
caseload alone would keep her very busy over the coming weeks. She
planned on being too tired to think about anything else.

The sudden staccato sound of distant barking
snared her fractured attention. Deep among the scattered stands of
trees, she saw the dog first. A chocolate labrador, long pink
tongue swinging from the corner of its mouth as it raced along,
nose scanning the ground for clues.

Then a boy, perhaps four or five years old,
copper haired and laughing, followed closely by a tall man with a
strong, athletic build and curling dark hair. His lean, tanned
features echoed those of the laughing child.

Except his expression was
brooding
.

"
Damn!" Kate slid from the wall. She wasn't
in the moon for casual conversation. She bent quickly to snatch up
her discarded sandals and her hat. But she had already attracted
the dog’s keen attention.

Its barking increased along with its pace.

So much for her hope of solitude. Willing
herself to relax, she folded her arms across her chest and waited
as man and boy turned to follow the dog.

Reaching her, the labrador
reared to plant his massive front paws in the middle of her chest,
leaving a trail of dusty prints across her white T-shirt. Face to
face with a happily grinning canine Kate couldn
’t avoid having her cheeks
licked. Its weight pushed her backwards.

"
Lobo, get down." The young boy pulled at
the dog’s broad leather collar. "Come on, get down.
Bad
dog!
"

The animal managed to give Kate a final
lick before dropping with a disappointed woof to sniff hopefully at
her bare toes. The boy succeeded in pulling his large pet to one
side, kneeling down to give it a severe lecture on manners. The
unrepentant dog began to lick his face instead.

"
It’s okay. I like dogs." Kate brushed off
her T-shirt, looking up to encounter the man’s frowning blue
eyes.

"
Lobo has a lot to learn. He’s still
young," he said, his hard-eyed gaze clashing with hers.

The frown creasing his forehead deepened
as his disbelieving gaze swept over her face. His broad, powerful
looking chest rose on a sharply indrawn breath, raw confusion
slicing through his expression.

What on earth is he seeing?

She
resisted the strong urge to lift
fingers to her mouth. Check her lips for dirt or crumbs. She angled
her chin defiantly against the intensity of his gaze. He had no
right to stare like that!

Muttering something she didn’t understand,
he took a swift step forward—half raising one hand—moving close
enough to touch. She froze, curling her fingers tight against the
sudden crazy urge to reach out and do just that. Test the power and
obvious strength of his wide shoulders and strong, athletic frame;
the bronzed curve of his lean cheek. Her breath hissed against the
crazy impulse.

It was his fault. He certainly
shouldn
’t be
staring at her, astounded, as he was, like he couldn’t quite
believe the evidence of his eyes. She felt like some exhibit in a
zoo.

"
I’m sorry." His tone was deep and cool. He
obviously didn’t mean the brusque apology. "I didn’t realize anyone
was out here so early."

"
That makes two of us." Kate snagged her
rising anger. "But this is a private garden, not a dog
park."