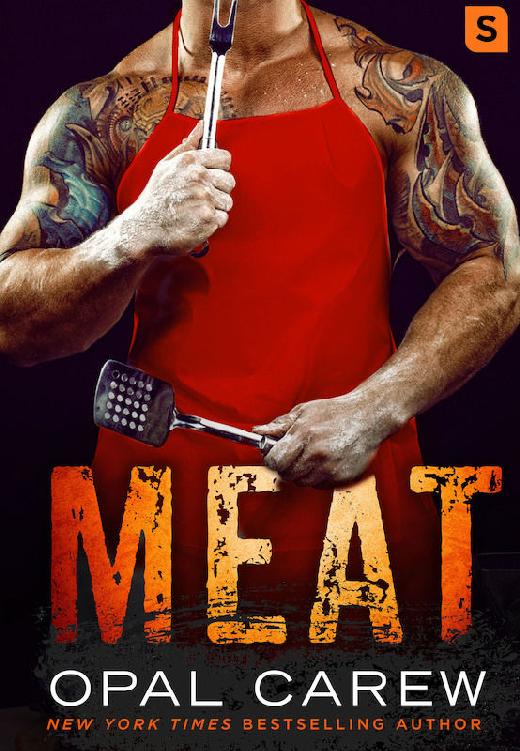 The author and publisher have provided this e-book to you for your personal use only. You may not make this e-book publicly available in any way.
Copyright infringement is against the law. If you believe the copy of this e-book you are reading infringes on the author’s copyright, please notify the publisher at:
http://us.macmillanusa.com/piracy
.

Rebecca raced from the gate, trying to dodge past the slower passengers ahead of her. The flight from Florida to O’Hare was delayed, and now she had to get across the terminal to catch her flight to Minneapolis, but she had little chance of achieving that goal if she didn’t run.

She saw an opening in the crowd and surged through, then raced forward, the wheels of her carry-on clattering along the hard floor. She darted to the right to get past a group of six people walking together and turned a corner.

She ran right into someone. Her eyes widened as her body bounced back, throwing her off balance. A strong arm encircled her waist, stopping her from falling flat on her ass.

She glanced up to see the most gorgeous pair of eyes she’d ever seen. Cerulean blue with darker blue rims and tiny speckles of gold, like stardust. Set in the most masculine, sexy face, with a square jaw dusted with a shadow of whiskers, high cheekbones, full lips … and eyebrows arched up quizzically. His dark brown hair was cropped very short all over.

He smiled, and the handsome-scale on that face shot up several notches.

“That’s all right,” he said in a deep voice that was smooth as silk.

She continued staring at him, a little stunned, then realized his arm was still around her. Their bodies pressed close.

And she
liked
it.

She cleared her throat and drew back. Then her left heel dropped from under her and she started to tumble backward. He caught her again before she went down.

She eased away from him again, rather wishing she didn’t have to. She leaned down and snapped the heel off the rest of the way.

“You’ll probably be okay making your connection,” he said. “With the bad weather, a lot of flights are delayed.”

“Really? I hope so. I really don’t want to spend the night in the airport. It’s the last flight out, and I can’t afford to take a hotel room for the night.”

Why was she telling him that? He was just a stranger who’d stopped the crazy woman who’d run into him from falling on her butt. He probably wanted to get off to his home, or to whatever flight he was here to catch.

“There’s a display just down here,” he said. “I was just going to check my flight. Why don’t I give you a hand?”

He slid his arm around her waist.

She knew she could walk on her own, but she rather liked him looking out for her. The feel of his warm, masculine body so close, his strong arm around her, felt wonderful. She knew part of it was because she was so vulnerable right now. So off-kilter because of all that had happened. Having someone look out for her was very … welcome.

She walked with him past the stores and restaurants until they came to the video display with all the flights listed. She glanced up and found her flight number. Sure enough, it had been delayed about an hour.

“Thank heavens. I still have time,” she said.

“Would you like me to walk you to your gate?”

She gazed up at his smiling face. She didn’t know anything about this man—except that instead of yelling at her when she’d physically collided with him, he was kind and helpful, which in itself was saying a lot—but she knew she liked him. And trusted him. It was just a feeling, but it was undeniable.

He was tall and broad-shouldered, and, from the feel of his arms when he’d caught her, there was a lot of muscle under that shirt. Of course, just looking at him, she could see it was true. He didn’t wear a coat—it was tucked over his carry-on—and the fabric of his light blue shirt was stretched taut over his broad chest and thick arms.

Then there was that gorgeous face … and those heart-meltingly warm eyes of his.

Just being close to him set her hormones simmering. Was the attraction mutual?

“Thank you. You’ve been very kind, but I have another pair of shoes in my carry-on and I’m going to take some time to freshen up before the flight.”

She stuck out her hand. “I hope the rest of your travels go well.”

He took her hand, his big fingers enveloping hers. His handshake was firm. Solid. She could just feel he was someone she could depend on.

His eyes glittered with his smile, and she wished she could just accept his offer and let him walk her to her gate. But as much as she’d like to get to know him, what was the point? They were two travelers crossing paths between flights. It’s not like they’d have a future together.

She nodded, then drew her hand away and, limping on her broken shoe, headed to the ladies’ room she’d seen back the way they’d come.

Once in the bathroom, she set her suitcase on the counter in front of the mirrors, then unzipped the case and pulled out her sneakers. If she was going to wear those, she might as well get out of her black suit and into something more comfortable. She slipped off her coat and pulled out her jeans and cozy sweater, then slipped the shoes on and tied them up. She unfastened the clip holding her hair up, letting her long, dark hair tumble in waves around her shoulders, and ran a brush though it.

Feeling much more stable, and actually glad to be out of the black high-heeled pumps, she tossed her coat over the handle of her case and walked back into the terminal, then headed for the gate.

Rex headed to his gate, his mind still on the beautiful young woman who’d run smack into him. He wished she’d taken him up on his offer to see her to her gate. They could have stopped and talked, maybe gone for dinner, since he fully expected his flight to Minneapolis to be delayed again. Maybe even canceled, and then … what possibilities, if he’d only had a chance to get to know her a little …

With her hair pinned up, the black suit he’d seen under her open coat, and her simple black pumps, she looked like a present he’d love to unwrap. Often, a conservative woman like her was the wildest in bed.

He sure would love to find out.

He arrived at the waiting area for his gate and sat down. The snow was still falling heavily outside. He pulled out his book and started to read. It was an actual old-school print copy. He liked the tactile feel of a book in his hands. The smell of the paper. The sound of the pages turning. He enjoyed engaging all of his senses as much as possible in anything he did.

A while later, he glanced up to see a young woman pass by, with long, dark hair that flowed past her shoulders in shiny waves, snug jeans that showed off her delightfully round ass, and a sweater that looked heavy enough to be warm, but was snug enough to show off her full breasts.

She continued walking to the outskirts of the sitting area, finding a short row of three chairs that was empty. She sat down and set her carry-on and coat on the middle chair.

He recognized that coat and suitcase. She was the whirlwind who’d run into him.

As he watched her, he felt a yearning build within him. To glide his fingers through her silky hair and breathe in the delicate fragrance of cherry blossoms he’d detected earlier. To feel the soft yarn of her sweater under his fingertips. To run his hands over the softness
beneath
the sweater.

Damn it, his body was hardening just thinking about it.

He drew in a calming breath. He’d been highly focused on his new venture for the past few weeks, putting aside his sexual needs until things were more settled. But clearly that wasn’t the best approach, since all he could think of right now was getting that woman alone and in his bed. The fact that her heart-shaped lips looked sweet and sensual—and eminently kissable—and that her brown eyes were large and doelike, giving her a charming innocence, just amplified his desire.

But he did not do one-night stands. He liked to spend time getting to know a woman. To understand her and discover what she enjoyed.

And to ensure she would be amenable to his particular type of sexual predilection.

She pulled out her phone and flicked her finger across the screen.

He fought his growing urge to go and talk to her, knowing he should probably let it go. Why torture himself—specifically his raging hormones—being near her when he wouldn’t be doing anything about it? Even though they were both going to Minneapolis, he wouldn’t have time to see her for a couple of weeks, and he didn’t know how long he’d be staying in the city after that.

But as he watched her read from her phone, he saw her eyes shimmer and he was sure she was close to tears. He stood up, grabbed the handle of his bag, and headed toward her.

Rebecca read the e-mail from her younger sister, Allie, thanking her for all the support she’d given her and their other sister, Gina, while Rebecca had been home visiting. While they’d spent long days and nights at the hospital. Going in shifts.

Rebecca had organized everyone—her sisters, cousins, and other aunts and uncles—so that Auntie Gail had several people by her bedside every hour. She’d even taken the lead with Auntie Gail’s own children, who’d been struggling to keep it together. They had always looked to Rebecca as they would an older sister, ever since they were children, Rebecca being the oldest of the children in the two families.

She’d organized people to look in on them and help with meals and housework during the long two-week ordeal of their losing their mother.

Rebecca had been their rock, and through it all had not shed a tear. She’d stayed strong so they didn’t have to.

But now, here, alone in this airport terminal, so far from both her new home and her old home … she didn’t feel strong. The touching words of the minister at the funeral this

morning … of the experiences everyone had shared of their loving aunt—the woman who had practically raised Rebecca and her sisters after their mother died when Rebecca was nine years old—all came tumbling back to her now.

She couldn’t help herself. As the tears welled in her eyes, she clicked on the link for the memorial page, showing the picture of her beautiful aunt at the top. She hesitated, knowing if she browsed through the pictures posted on the site now, she’d start blubbering like a fool.

“Is everything all right?”