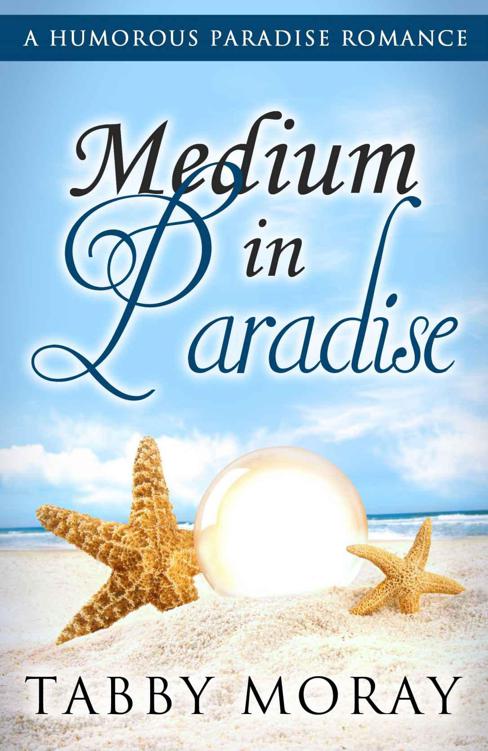 This book is purely a work of fiction. If in any way it resembles your real life, send me an email right away so I can uncover your secrets. The names, characters, most places and incidents are products of the author’s imagination and are used fictitiously. Any resemblance to actual events, places or persons, living or dead, are purely coincidental.

Cover Design by janielescueta on fiverr.com

Hold on just a minute, I need to finish up eating my chocolate and drinking my pinot noir. Ok, here goes: this book is dedicated to all my lovers of romance, hunks, swaying palm trees and general sexiness. Here’s to you!

Please review this book on

If you’d like to know all of secrets, email me at

Go to My Page at:

A collective groan echoed around the room as people of various sizes and stages of athleticism strained to complete their final set of squats.

“Dammit—are you trying to kill us or get us in shape?” A sweat soaked Molly Laurence glared at her through damp tendrils of sandy blonde hair, thighs trembling with her efforts. A plump older woman with a cheerful disposition, she’d signed up to Dina’s free fitness class declaring to all who would listen that her goal was to lose fifteen pounds.

“I’m trying to kill you, of course. Lower, Molly,
lower
.” Dina Douglass grinned, marching over to the grimacing Molly and firmly pushing her down into the correct position. She was rewarded with a long, torturous moan. “You can thank me when you have thighs as tight as a cheerleader and an ass as taut as a bowstring.”

“I was fine with a tofu-like consistency,” Paula Ingleson grumbled. Her face was a picture of concentration as drops of sweat beaded on her forehead, pasting her Marilyn Monroe-esqe bob to the sides of her flushed cheeks. Slim, Paula was usually a well-put together woman with a cool, unruffled persona. Dina was secretly glad to see her sweaty and struggling, feeling that it made her more human.

“If you were fine with pudding thighs then you should’ve joined Planet Fitness and quit after the first month,” she said, relentlessly.

Dina walked to the front of the community center room where she provided pro bono fitness classes every evening on Monday, Wednesday and Friday in May and June of each year. She surveyed her class with the satisfaction of an enthusiastic teacher overseeing a classroom full of preschoolers. It was Friday of the third week of an eight week session and it was going pretty well. She’d only had three students from the original twenty-five drop out and those remaining seemed pretty determined to finish the class.

“Should’ve been my drill sergeant in the Army,” a heavily breathing man in his fifties wheezed, his pale skin glowing a peculiar purplish-red. “Pretty sure I wouldn’t have turned into a career man.”

“Remember, ‘No Whiners’ is my motto.” Dina suppressed an evil chuckle as another round of groans rang through the room. “Any more of that and everybody will drop and give me twenty.”

Mouths snapped shut, the majority of groaning ceased and the class finished up their exercises with barely a peep.

“We really do appreciate you offerin’ this class for free.” A limping Eileen Sutherland, a plump blonde with heavy hips and thickly rouged little mouth, was followed by Paula Ingleson and Molly Laurence. They walked over to where Dina was packing up her gym bag.

“Just my way of giving back to the community I love so much,” she responded briskly.

One third of The Southern Ladies Club of St. Simons Island was in her class, including the ladies standing before her. Dina threw them a brief smile, hoping the chatty trio of fifty-something blondes would get the message and move on.

Paula, the leader of the group, spoke up first. “That was one hell of a class. I didn’t think I was going to make it.”

“I’ll bet that set of fitness videos you’re starrin’ in has made you an overnight star, huh?” Molly asked, a hint of envy in her small hazel eyes.

“Not a star like Shawn T or anything, but I do okay.” Dina repressed a sigh. There wasn’t a day that went by when someone didn’t ask about the set of fitness videos she’d debuted a couple of months before. While she didn’t have an infomercial and most people didn’t know her, in the small community of Georgia’s St. Simons Island, she may as well have been a superstar.

“I can only hope to get in half the shape you’re in,” Paula simpered. Patting her platinum bob, she eyed Dina’s figure, then looked at her own with a frown.

“You can do it. All you have to do is work hard and keep your eyes on the prize.” It was a canned response, but it was the best she could do considering she just wanted to get the hell outta there.

“So, look—we had a quick question we wanted to ask you,” Eileen blurted none too gracefully. The other two women gave their friend a shifty-eyed look before turning their attention to Dina. “Are you related to a Sally Mae Douglass? You look so much like her. You have the same brown eyes, the same facial structure, you even wear your hair in a long braid like she used to.”

“Great, here we go.”
Dina thought.
“I’m gonna make a wild guess and say her next question will be, ‘Are you psychic, too?’”

“Yes, she was my great-grandmother.”

“I knew it!” Paula said triumphantly, scrutinizing her as though she were extracting her great-grandmother from her dark brown eyes, copper-colored skin and the thick swirling hair she always kept braided. “So then, are you—are you psychic, too?”

“Oh,” Paula murmured, one red swathed fingernail touching her pursed lips. The word was laden with disappointment. Almost as though had she answered in the affirmative, they were going to corner her into doing an impromptu reading. “I met with your great-grandmother several times. She was an amazing woman. Still holds the record for longest living person on St. Simon. I always wished I had a gift like hers.” Her tone and expression were wistful.

“Believe me, being tortured by visions from other people’s lives isn’t exactly something you’d want to be saddled with.”

An awkward silence followed her unintentionally harsh words and Dina felt a stab of regret at having uttered them. Her great-grandmother had never complained even one day in her gracious life, accepting the gift God had given her as just what it was. She had no business sullying her memory like that. Just because she’d never come to terms with her ability to chit-chat with the dead didn’t give her the right to lay the same onus on her family members.

“I’m—we’re sorry.” They appeared embarrassed and uncomfortable and Dina felt even worse. “We didn’t know it was that bad for your great-grandmother.”

“It wasn’t,” she quickly replied. “She had no problem sharing her gift with the world and she would’ve been happy to know she made such a wonderful impression on you ladies.”

“Ok, I guess we’ll see you in class on Friday.”

“I look forward to it.” Throwing her one last uncertain smile, the ladies limped away, chattering in low voices, their conversation more likely than not centered around her.

The nickname floated unbidden to her mind; the remnant of painful teenage years she’d rather leave buried in the past. Being a Medium wasn’t something she shared, nor was it something she wanted people to know. Having been privy on more than one occasion to people’s fear and disbelief, she’d learned her ‘gifts’ were better served hidden. But living on St. Simons, it was hard to remain anonymous because her family was so infamous in the area.

The tryst between Dina’s Scottish great-great-great grandmother and a slave witch doctor was well-documented within the halls of the local historical society and many stories—some true, most not—floated around about her scandalous ancestor. One thing that was a fact, she’d been a powerful psychic, and from her flowed the gifts bequeathed to all the women on her mother’s side of the family.

Tossing her gym bag over her shoulder, she sighed, giving the room one last look before walking out and waving goodbye to Mrs. Feldman, the assistant manager of the community center. Walking down a short flight of cement stairs leading to the small parking lot, she stopped briefly to enjoy the view of the bay gently rippling against the shoreline behind the community center. The sun was slowly sinking down below the horizon, going out in a splashy display of peaches and pinks.

Thanks to a wealthy benefactor, this was the only community center in Georgia that had a boat dock and sat on a stretch of prime beach front property. Due to its small size and odd shape, with public funding burning in the municipalities pockets and for lack of anything better to do, they had decided to erect the community center in 1969 and had carved a small park out of the remaining land several years later.

A brisk salt scented breeze blew through her hair as she tossed her bag into the backseat of her VW convertible, the cry of seagulls overhead nearly drowning out the sound of traffic on the bridge across from the center. Her cell phone rang as she turned the key in the ignition.

“Guess whose house keys are sitting on my desk?” her realtor said on the other end.

“After all this time and money they better be mine.” Dina put the car in gear, her heart giving a joyous thump of anticipation as she drove out into the early May evening.

“Why don’t we meet at your new house?”