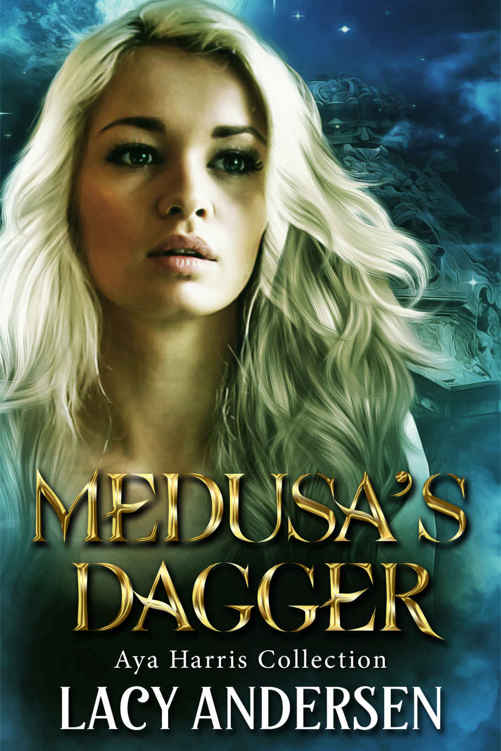 Proofed and Formatted by 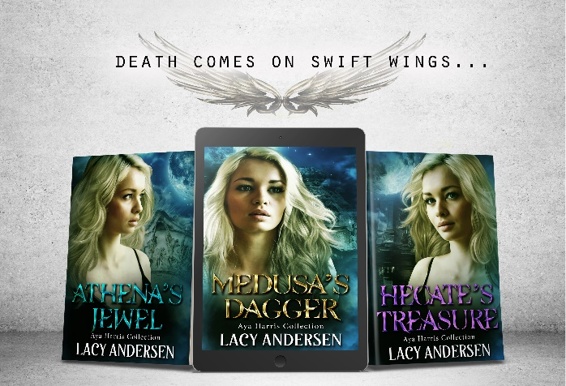 The dagger glinted in his blood-soaked hand. Time was running out.

He tossed it in a box and scribbled an address on the top. There was no way he’d be able to get the dagger out of the country himself. Bolivian drug lords didn’t like it when you stole from their private collections of ancient, magical weapons. Already, the drug lord’s pack of demon dogs was hot on his trail. They knew the scent of his blood. He’d have to use up his remaining magic to survive this one.

“Good luck, Little Bird,” he whispered, dropping the box into a mail chute.

The sound of otherworldly howls just down the block stopped his heart cold. The dogs were getting closer. If they found him, they’d tear him to pieces. No mercy, no second chances.

He ran down the nearest alleyway, smearing his blood on the walls to distract the beasts. With any luck, the dagger was already on its way to America. Without it, the monster he’d set loose would devour and destroy countless innocent lives. He couldn’t live with that.

A low growl behind him made him freeze. Turning around, he came eye to eye with a demon dog. Its bulging muscles, black fleshy face, and razor sharp teeth, were nothing compared to the deadly venom oozing from its mouth. One bite, and he’d be finished.

He clasped his hand around the pendant hanging from his neck. “Alright, Cujo. Come and get me.”

The demon dog launched at him, its teeth snapping. Together, they scrambled down the alleyway, leaving a trail of blood in their wake.

If my violent visions had clued me in – given me one hint that he’d find me, I would’ve stayed in bed that morning. I would’ve pulled my silky smooth Egyptian cotton sheets up to my ears, turned over, and ignored the alarm. But, life has a funny way of sneaking up on you and pulling your pants down, leaving you stark naked to face the world and your problems.

At the moment, I thought my biggest problem was our African fertility charms display, and the little wooden statues with giant erections – placed conspicuously at eye level. On my day off last week, my assistant got the brilliant idea to move the display to the front entrance.
It would attract the ladies
, she’d said in her defense. The display had been bugging me all week. I was determined to rework it into a more family-friendly zone.

This was the Arcana Museum of Supernatural and Occult, and I was its proud curator. It was located in the downtown area of Arcana, a city in the heart of the U.S. that was enchanted decades ago so that demons and monsters could walk among men unnoticed.

On any given day, you would spot a giant, a centaur, or even a vampire on the streets of Arcana. That is – if you were a supernatural creature. The enchantment worked so that only fellow creatures could catch glimpses of each other’s true nature. To the humans, we looked normal, and that’s the way we liked it.

“Alright, enough is enough,” I said to the statues.

They stared at me with wide and empty eye sockets.

“You guys have got to go. We don’t need any more complaints in the visitor comment box.”

Climbing up our rickety old step stool, I picked up the first well-endowed statue and considered my options. I could move the entire display into the rear of the museum. But that would take too much time out of my busy day. Running a supernatural museum was surprisingly time-sucking.

Second option was to move the penis men to a higher shelf. Maybe the younger kids would miss the phallic effigies high above their heads. And then, just maybe, their parents wouldn’t kill me.

I settled on option number two, and reached up to the highest shelf, edging the wooded statue onto his new home. Even on the stool, my fingertips barely brushed the shelf. If I didn’t push the exhibits back enough, they’d come crashing down on me. So, I stood up on my tiptoes and tried to push him further on.

Unfortunately, the step stool had other plans. It cracked beneath my weight and sent me and the erection man flying backwards, both doomed to crack our heads on the tile floor.

It wasn’t the way I’d choose to go. A small part of me had always thought I’d die an epic death. Tightrope walking the empire state building, swimming with sharks in Australia, or cliff jumping in Wales. Not death by step stool.

As fate would have it, an arm reached out and caught me before I hit the ground. At the same time, another hand snatched up the statue before it could land and shatter into a million wooden toothpicks.

I looked up in awe at my rescuer. Before my eyes was an insanely attractive man with hazel eyes and a strong jaw. Short-cropped brown hair and the beginning of a five-o’clock shadow topped off the image. He grinned at me, his teeth white and perfectly straight, as he helped me off the ground.

“Um… thanks,” I mumbled. Secretly, I cursed myself. Thanks? Was that all I could say to this man with the broad shoulders and yummy lips? No wonder I was desperately single.

“No problem,” he said, his voice rough.

I felt myself staring a little too long at the way his hair effortlessly swept back from his forehead. So, I tore my eyes away to look at the statue in his hands instead. He held it out awkwardly, as if it were dirty, and refused to look at the little naked man.

“Can you take this?” he asked, pushing it toward me.

“Oh, of course.” I felt my cheeks burn. Snatching the fertility statue from him, I set it haphazardly back on the display, and ran away to hide behind the counter.

Of all the ways to meet the possible man of my dreams... Somebody should put me out of my misery.

Peering between my fingers, I watched him loiter around the entrance, pausing at each exhibit. He couldn’t have been older than thirty. Dressed in a dark navy suit and striped tie, he looked like some kind of businessman. Maybe a banker or a lawyer. I liked a man in a suit. Not only did I find it hot, but it usually guaranteed that he didn’t live with his mother anymore.

Angel came breezing past the counter at that moment, her brilliant red sheer blouse flowing behind her, distracting me from my stalking.

“Aya, you’ve got another package from Mr. Boss-man.” She slid the box stamped with
fragile
in bright red letters down the counter at me, barely glancing up to see if I caught it before it tumbled off the edge. Placing a hand on her designer skinny jeans, she glared at me and wagged her finger. “When are you going to learn to water my babies? Plants need tender loving care. I’m gone for two days and already they’re wilting.”

She stroked one of the dozens of potted plants she’d littered across the museum’s expansive exhibit area. Angel had a way with greenery. A real green thumb. Whispering and cooing to a miniature rose bush, she grabbed the water can and sprinkled it over the green foliage until satisfied.

Angel turned her wrist to look at an imaginary watch and shrugged her shoulders with a grin. She grabbed her Prada bag from the counter, pulled out a brown lipstick, and turned to a giant ornate mirror hanging on the wall.

The mirror distorted Angel’s image into that of a crooked old woman with shoulder length grey hair and wicked crow’s feet. It’d been enchanted centuries ago by a sorceress, to reflect an aged version of the viewer. Rumor was, she’d had it made and then sent to her vain older sister. They were infamous bitter rivals.

Most everyone hated the mirror, except for Angel. She was a nymph, and so naturally, she never aged. To the world, she appeared to be a gorgeous twenty-five-year-old Latina woman. Only her friends knew the real truth. At forty-seven, Angel looked great and never got any older.

“You know you love me,” Angel said, smacking her lips together and flashing me a smile in the mirror.

“Yeah, yeah.” I rolled my eyes, but couldn’t help the smile that pulled at the corner of my mouth.

Angel and I’d been working together at the museum since I came here after college. For three years, she’d kept me from turning into a bore. I don’t know what I would’ve done without her.

“Let’s see what Mr. Jones sent us today,” I said, peeling the tape off the USPS box. Digging through a pile of foam peanuts, I felt something solid brush against my fingers and pulled it out. It was a dagger, about the length of my hand. Filigree designs on the handle and sheath made the dagger appear centuries old.

I dug in the box for some kind of note or instructions, but found none. Typical Mr. Jones. His adventures were often too great for him to take the time to give me any kind of notice. As the owner of the museum, he loved to send us new items to display. Sometimes, months would go by before he’d pop back in to check on us.