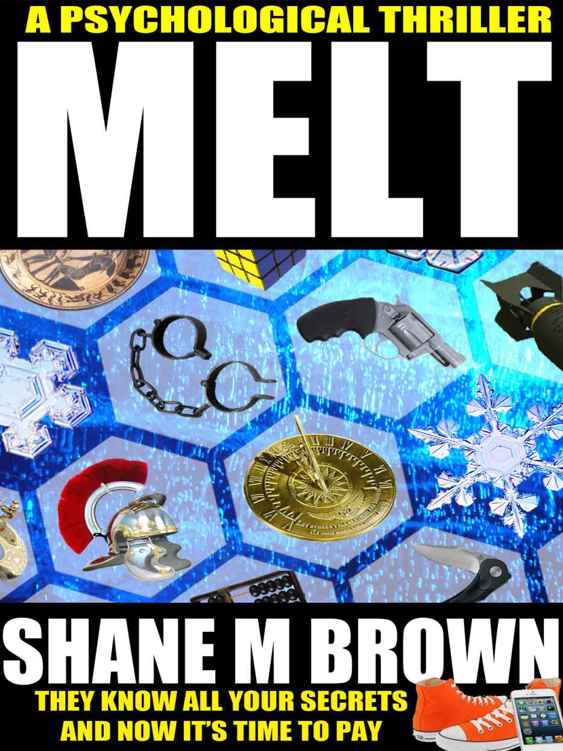 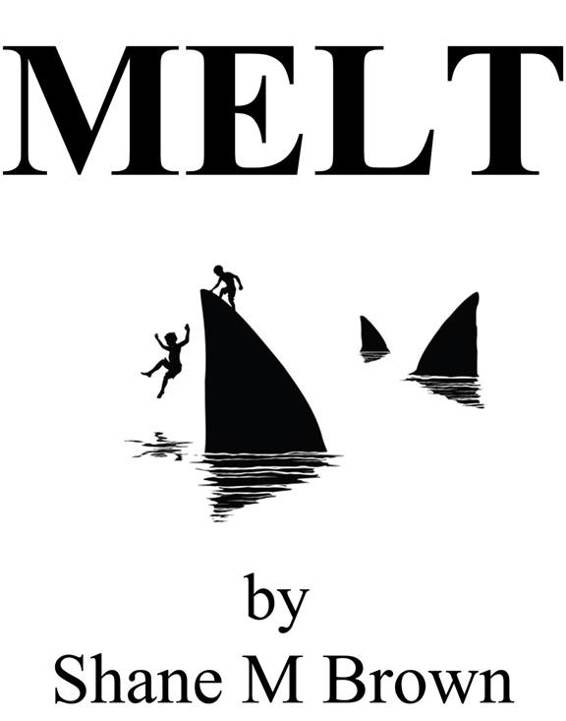 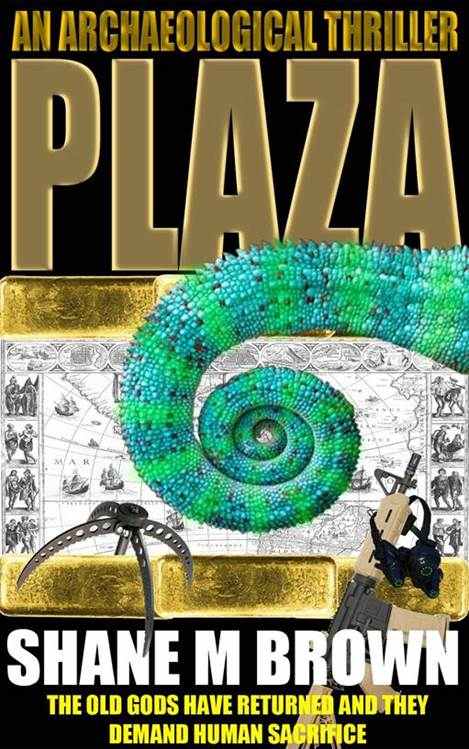 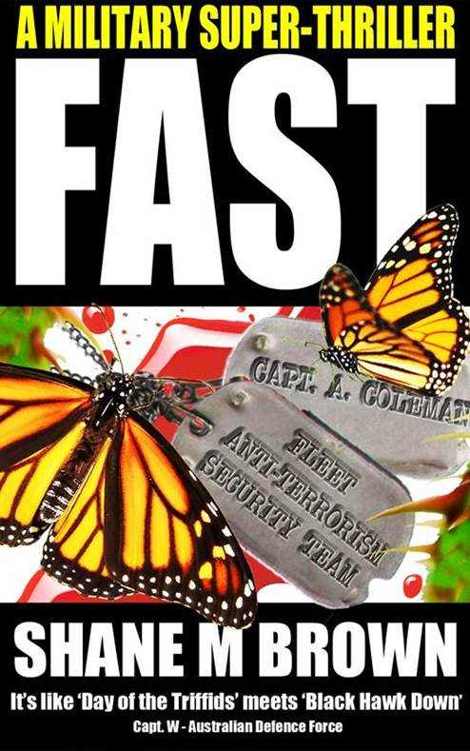 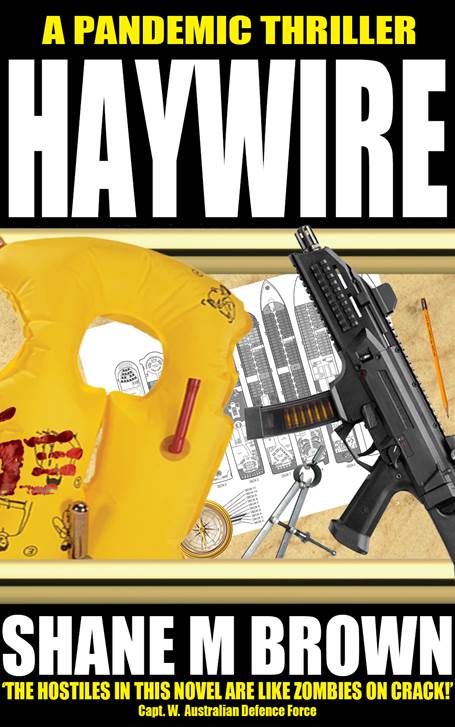 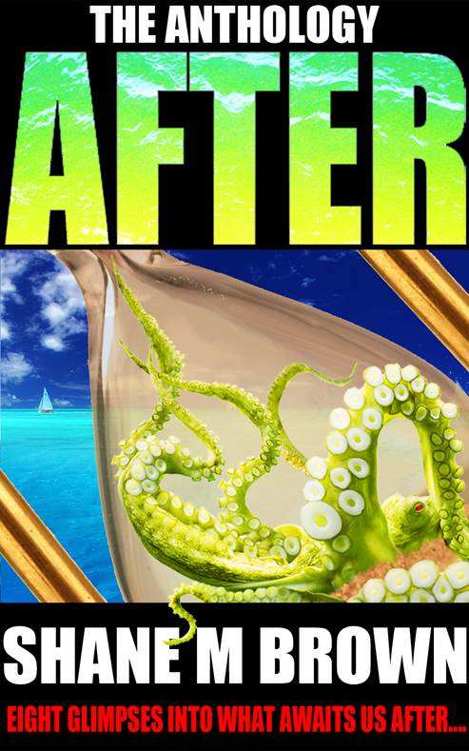 The smell was revolting.

Oh, my God. It smells like someone died in here.

Covering her nose, she checked three cubicles before she found one with any toilet paper. She wiped the seat twice.

She had to rush. She’d only signed up two customers this morning. She was way behind her minimum quota of ten customers per day.

Her phone beeped loudly. It echoed around the bathroom.

Why does it always do that when I’m on the toilet?

At least it wasn’t a call.

A little calendar reminder popped up:

Her father was turning forty-five this year.

If I sign up three more customers today, at least I can buy his iPad.

Protecting her fingers with more toilet paper, she flushed and escaped the graffiti-covered cubicle.

I’m not washing my hands with those revolting faucets.

Instead, she used the last squirt of hand sanitizer from her bag. She just began exterminating germs when—

Mops, buckets and colorful bottles bounced on the cart like startled passengers. The cart barely fit through the door.

About time
, thought Megan, offering a quick smile. The cleaner wore a big white mask, so Megan couldn't see if she returned the smile.

Masks should be standard issue in here.

As much as she wanted to escape the filthy bathroom, she needed to use the mirror.

No make-up. No tattoos. No perfume. No bright hair. No slouching. No facial piercings,
blah, blah, blah....

She was supposed to appear attractive, fresh-faced, trustworthy and wholesome. In Megan’s case, that meant wearing her blond hair back in a high ponytail and smiling a lot. The only real difference to her normal routine was the makeup. Her Dad said she looked ‘lovely’ without makeup, but she snuck it on for work anyway.

Today she wore her skinny-leg jeans, bright orange Nike sneakers and a slim fit, powder-blue woolen pullover. She wasn't supposed to cover her employer’s T-shirt logo, but she wasn't shivering in the mall’s air conditioning all day for any cause.

Okay. Back to work, Megan. Dad’s iPad isn’t going to buy itself.

The cleaner pulled down her paper mask.

'You're a Greenpeace girl, right?'

She had a strong accent.

'Not Greenpeace today,’ replied Megan. ‘It's still a great cause.’

She slapped her gloves together, making little powder swirls. 'We need people like you to save the world.'

A leech right here in the bathroom!

Leeches lived to complain about everything wrong with the world. They used charity collectors like Megan to vent their frustrations. Megan needed
to escape before the woman latched on securely.

I'm getting out of here. If I don’t escape this place I’ll puke, and then she’ll really have something to clean up.

'Thank you,' replied Megan. 'But I just sign up the monthly donations. I'd better get back to work. I can see you’ve got your hands full in here.’

No wonder this place is such a pigsty.

The cleaner waved at the door. 'You're wasting your time out there. They're all dead. It's too late for them. They’re all as dead as yesterday's bacon.'

Megan's internal alarms went off.
Everybody’s dead? Okay, that's a really weird thing to say. And why did she block the door with her cart? How am I supposed to get out?

Megan pointed at the door, calculating the fastest route past this weirdo to the exit.

The cleaner shook her head. 'Are you deaf? Didn’t you hear me? They’re all
dead
out there. All of them. Listen, can you hear anyone out there? You're only safe in here with me.'

Megan had mistaken the thick way she spoke as an accent.

Megan was all for that, but not when they trapped her in a filthy bathroom. Where was this one's handler?

Probably waiting outside the door, too afraid of the smell.

'Ah, hello?' Megan called toward the door. 'I think we need some help in here!'

Megan smiled at the woman, showing everything was fine. She didn't want this one to start shrieking or banging her head against anything.

The woman raised an eyebrow at Megan. Her eyes looked as cold, dark and vacant as a shark’s.

Megan tested the weight of her handbag.
Why isn't this woman's support worker intervening? This is ridiculous. They should keep an eye on these people. Disabled or not, I'm swinging this bag at her head if she comes at me.
Megan pointed at the door and spoke slowly and clearly. 'I have to get out. My friend is waiting.'

The woman answered just as clearly, mimicking Megan’s tone. 'Your friend is dead with the rest of them. I saw her die. She’s lying on the floor out there.'

She's not handicapped at all! She speaks just fine.

'Look,' said Megan angrily. 'Just move that stupid cart! What you're saying isn't funny. Just do your job and leave me alone. This place is a pigsty.'

'Exactly,' said the woman, pointing at the dirty floor. 'Look how people act when no one is watching. They treat the world like a public toilet. We shouldn’t need people like you, but we do. I’m afraid you’re our last chance.’

Where is everybody?
wondered Megan.
Why isn’t anyone using this toilet? I wish someone would just come in.

To hell with this. I'll climb over that cart if I have to. I'm getting away from this crazy bitch!

Megan pulled out her phone, trying one last tactic before she risked physical contact with this nut job.

'Do you like your job?’ Megan threatened. ‘Because I'm calling your boss right now. You will lose your job. Got it? Understand?'

The woman glared at Megan like a demented schoolmistress, but flipped open the bin lid and shoved the cart away from the door. She sprayed disinfectant on her dirty cleaning rag and began cleaning the hand drier.

That shut her up.

Megan was halfway to the door when the woman attacked her.

Oh, my God! She sprayed me! It's burning!

But then it got worse.

Blinded, Megan felt the cleaner shoving the dirty cleaning rag in her face.

She's trying to kill me!

Megan tried tearing the rag from her face, but it felt glued to her skin. And now Megan's arms felt weak.

The demented cleaner seemed to be waiting for this moment.

Megan's tailbone struck the cart as the rag extinguished her ability to stand. She felt her body collapsing, but instead of falling down, she tumbled backward!

The woman was tipping her backward into the bin!

Megan's blurry world spun 180 degrees before her face plowed into filthy trash. The last thing she remembered was someone folding her legs into the bin.

Undead and Undermined by MaryJanice Davidson
Dead in the Rose City: A Dean Drake Mystery by Flowers, R. Barri
When Fangirls Cry by Marian Tee
Red Notice: A True Story of High Finance, Murder, and One Man's Fight for Justice by Bill Browder
A Phule and His Money by Robert Asprin, Peter J. Heck
Alma Cogan by Gordon Burn
Pray for Reign (an Anne Boleyn novel) by Atkinson, Thea
Conjured by Sarah Beth Durst
THE TRYSTING TREE by Linda Gillard
The Furnished Room by Laura Del-Rivo
Our partner