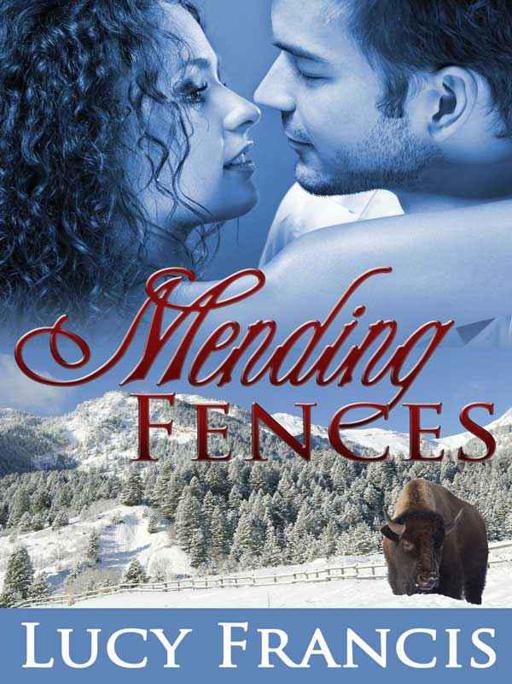 This ebook is licensed for your personal enjoyment only. This ebook may not be re-sold or given away to other people. If you would like to share this book with another person, please purchase an additional copy for each recipient. If you’re reading this book and did not purchase it, or it was not purchased for your use only, then please return to Amazon.com and purchase your own copy. Thank you for respecting the hard work of this author.

To my hero, John, for always encouraging my crazy dreams.

And to my beloved ladies of the Hive, without whom this book would never have been written.

Curran Shaw treasured his anonymity, but maintaining it required solitude. And the damned solitude was killing him.

Sanctuary presented itself on Halloween in the form of a massive party at a local club. The event promised fulfillment of his primary needs at the moment—a mass of humanity surrounding him, buoying him up, plus the nameless, faceless facade provided by costume-only admittance.

He arrived late, saving himself a long wait in line to enter Brindle’s. He paid his cover charge in cash. No sense in flashing a card with his name emblazoned on the front. Notable names and faces appeared with some regularity in the Park City area, so staff members, such as the skinny young man cashiering tonight, generally said nothing when they recognized him. Still, being recognized at all bothered him. He’d grown accustomed to no longer seeing his name and photo in the tabloids, but there was always a chance some reporter’s curiosity about his disappearing act would set the bloodhounds on his trail.

For tonight, a black, hooded cloak and a leather mask covering his face down to the tip of his nose rendered him unidentifiable.

He stepped through the main doors into the club. Pulsating flashes of color ripped through the dimly lit interior, reflecting off the polished walls and churning through the fog on the floor, cutting through the starlight cast from a mirrored disco ball spinning above the central dance arena. Whiffs of different perfumes, bubblegum from the fog machines, sweat from the bodies crowding the dance floor, and the spicy tang of the club’s chicken wings all tangled together in his nostrils, the intensity of each shifting and changing with every step he took through the crowd. The deep, driving beat of music thrummed through the air, pounding against his bones when he crossed the corner of the dance floor. In the table sections, the clever design of speakers and sound walls kept the music controlled, soft enough to allow conversation, should a body be so inclined.

His eyes adjusted to the low lights as he made his way past throngs of vampires, monks, and witches. He edged into a narrow open spot at the black and chrome bar between a Star Trek yeoman and Doctor Who in a tweed jacket, bow tie, and red fez.

The bartender, painted with zombie-grey makeup and fake blood, passed a white wine spritzer to Marie Antoinette and turned to him. “What can I get you?”

Curran glanced over the menu board on the wall behind the bar. “You still stock that honeyed porter from the microbrewery up the street?”

“You bet. Coming right up.”

He looked around while he waited for his beer, watching the flow and eddy of the crowd as it moved like water through the club. Brindle’s was always busy, but bodies filled it to capacity tonight, for which he was grateful. He missed going out all the time, being surrounded by people. A crowd assimilated him, turning him into a simple cell in a greater entity. The energy generated among a mass of people, the electricity, made him feel alive in a way nothing else matched.

A woman dressed as Red Riding Hood laughed at the end of the bar with her date, the Big Bad Wolf. Yeah, that was another way to feel alive, one he dearly missed. But one didn’t troll for women when one was living anonymously. Eleven months now he’d lacked female company, and what a hell of a price to pay for a private life.

The bartender slid his beer across the bar. Curran paid with a generous tip and stepped away from the bar to make room for an intrepid fellow decked out in full Dr. Frank-N-Furter regalia, right down to the fishnet stockings and deep red lipstick.

He raised his glass to the man. “Impressive, mate.”

Dr. Frank laughed. “Thanks. My girlfriend bet me I wouldn’t dare go out in public. She owes me a hundred bucks.”

Curran grinned. Bringing
The Rocky Horror Picture Show
to life in an outfit like that took far more courage than he had. He’d settled for black, from cloak to boots. With the mask over his eyes, he wasn’t a character. He wasn’t himself. Just an enigma in the dark.

He leaned against a pillar supporting the upper floor of the club and sipped his beer, watching the mass of bodies writhing on the dance floor. He glanced to the left as the crowd near him shifted, and glimpsed a woman sitting alone at a small corner table. The glow from a jack-o-lantern on the table brightened her chin-length curls to a glossy medium brown, glinted off her long-sleeved black dress and the high spiderweb collar rising behind her head. Fine, pale fingers tipped with short, dark nails tapped a rhythm on the tabletop.

A mummy and Cleopatra shifted into his line of sight, so he stepped past them to get a better view of her. She wasn’t wearing a mask. Sculpted cheekbones, a narrow, rather pointed nose. Very nice lips, not too full. Attractive, though not a stunning beauty. Tall, given the length of her frame in comparison with the chair. She held herself with a degree of elegance—reserved, almost distant from her surroundings, like royalty thrust into a throng of commoners.

She held the single glass on the table. Perhaps she was waiting for someone. Then again, maybe she was alone, too, fighting off the solitude before she lost her mind.

Her head turned and her gaze sheared directly into his.
Caught staring at the pretty girl, way to go, Shaw.
Narrowed eyes, rimmed with wide, heavy smudges of black, met his evenly. A flood of heat coursed through him, doubling his pulse, tightening his groin. He’d felt instant chemistry before, but never like this—powerful, demanding.

The warmth pulled at him. Where there was heat, there would be fire, and he’d been cold and alone for a long time. Hell, if she had some brains, simply talking to her for a while might be nice. He drained his beer, deposited the glass on the tray of a passing waitress, and headed across the floor. Her wary gaze followed his approach. When he reached her table, he grasped the curved silver back of the extra chair. “May I?”

“It’s a free country.” She shifted her gaze to the dance floor.

Hmm. Not a welcome, nor exactly a dismissal. Royalty didn’t usually appreciate an invasion of personal space, but he was already here, standing at her table. There was no sense in going back. After such a strong initial reaction, the need to follow through compelled him.

He lowered himself into the chair. “Glad I’m not the only one who went for basic black.”

She tensed and her eyes snapped back to his, glittering in the lantern light. Amber. She had wolf-eyes. A sense of familiarity tingled at the edge of his mind, weaving through the air between them. He’d seen those eyes before, somewhere.

The barest of smiles crossed her mouth. “When you make last minute decisions, it’s difficult to be a character. Black works.” Her low, smoky voice toyed with his senses. The tremor of recognition shivered through him again.

He nodded and chuckled softly. What a ridiculous way to start this, she was going to hate it. “I know this is the world’s oldest line, but—have we met?”

Her eyes widened and she stared at him for a moment. “Does it matter?”

“No, I suppose not.” If she did recognize him somehow, she obviously wasn’t going to make a big deal out of it. The idea should make this whole thing a non-starter, but at the moment, she could be anyone other than his ex-girlfriend and he simply wouldn’t care. Not with the heat flaring inside him at every glance of those golden brown eyes. What was it about this woman?

She turned her attention back to the dance floor. Her fingers tapped against the empty glass on the table. “You’re dry. Can I buy you a drink?” He winced. Damn, that was lame. Surely he hadn’t lost all his charisma and social skills in less than a year.

Amber eyes met his and narrowed. The Queen was not amused. “Yes to the drink. No to anything else.”

“I wasn’t aware I suggested anything else, but I’ll take that under advisement.” He smiled, searching her hard gaze for fire, or at least humor.

Nothing. Seriously, what the hell? He couldn’t remember his approach ever being so flawed. Women he found interesting always responded in kind. That was simply his reality. Now he fumbled the way he had as a scrawny kid of fourteen, trying to ask Sara Myles out for his first date.

He raised a hand to get the waitress’s attention. The Queen arched one delicate brow at him before looking away, accepting the refill of sparkling water with two lemon slices from the perky little waitress with ‘Miranda’ etched on her name tag.

The Queen sipped her drink, then raised her glass in his direction and said, “Nothing for you?”

“Two is my limit when I’m driving, and I had one at the bar already.”

“Not really. Wisdom calls for something along the lines of water.”

She smiled. Just a partial victory, though. The smile softened her sharp features, but failed to light her eyes. Tension shimmered around her, visible in the way she sat with her back straight and her free hand closed into a fist on the table. She was trying very hard to appear relaxed. He obviously made her nervous. Maybe it was time to chalk this one up to a lost cause. “I apologize. I’ve intruded on you and I think it’s probably time for me to rack off and leave you be.”