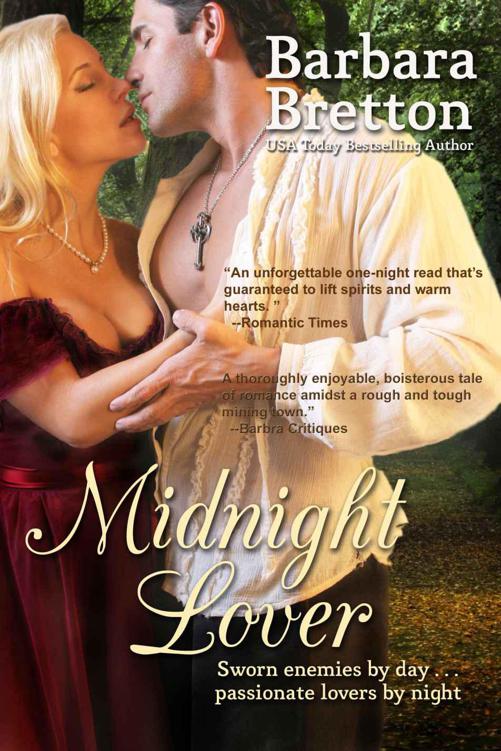 Without limiting the rights under copyright reserved above, no part of this publication may be reproduced, stored in or introduced into a retrieval system, or transmitted, in any form, or by any means (electronic, mechanical, photocopying, recording, or otherwise) without the prior permission of the copyright owner.

The scanning, uploading, and distributing of this book via the internet or via any other means without the permission of the copyright owner is
illegal and punishable by law. Please purchase only authorized electronic editions, and do not participate in or encourage electronic piracy of copyrighted materials. Your support of the author’s rights is appreciated.

About the Au
thor

Aaron Bennett squinted down at his card and prayed he'd made a mistake.

Ten of spades... ten of hearts.

A bead of sweat balanced at the tip of an eyelash and he blinked it away.

The stink of greed and whiskey filled his nostrils and flooded his brain. He shouldn't have finished that last shot of whiskey; what he should have done was folded like Big Red Morgan and Luke Foster had. There was no shame in calling it quits, in admitting you'd been dealt a bad hand and getting on with it, but when Jesse Reardon tossed that pile of gold coins down on the table, something inside Aaron had gone crazy and he found himself seeing Jesse's bet and raising it.

"You got that kind of money, Bennett?" Reardon's tone was coolly sardonic and Aaron flushed an angry red at being so easily found out.

"I own this establishment," he said, gesturing toward the Crazy Arrow with its gilt and rococo décor that passed for good taste west of the Mississippi. "And there's the old Rayburn mine." The younger man said nothing and Aaron swallowed hard. "Take it or leave it, Reardon."

"I think I'll be taking it." Jesse Reardon fanned out his cards face-up on the table. A straight, ace high. Reardon leaned back in his chair and smiled. "Unless you got something better to show me."

Aaron's gut twisted. How in hell was he going to tell Caroline he'd lost everything he'd come West to win? God knows, he hadn't been much of a father to her; she'd always taken back seat to his misguided romances and half-baked dreams of glory. When he left her behind in Boston he'd made a thousand promises to her, promises of a place to live, of money of position—of a chance to build a future. The look of pity in her blue eyes lingered at the edge of his memory.

Anyway you looked at it, this was his last chance to make his daughter proud of him. To make him proud of himself.

His hands shook so badly he had trouble picking up the two draw cards. The eyes of every man in the saloon were on him and for a moment he wondered why he'd ever left Boston.

King of clubs... ten of spades.

Sweat blurred his vision and he wiped his eyes with the back of his arm. His despair was so sharp, so intense, that for a moment he found it impossible to speak.

"Take it like a man, Bennett," Luke Foster said. "We ain't got all night."

The only thing left to do was bluff.

"Of course you gentlemen don't have all night. I apologize for the delay." Aaron looked over at Jesse Reardon and smiled. "I was just savoring the sweet taste of victory."

He leaned across and reached for the pot. The room fell quiet as Jesse Reardon pushed back his chair and stood up.

"What the hell do you think you're doing, Bennett?"

Luke and Big Red moved away from the table.

"Claiming what's mine, Mr. Reardon, as you can plainly see."

Reardon's hand hovered over the handle of his gun. "What I see is a man who should learn the rules before he plays the game."

Aaron hesitated. "Are you asking to see my cards, Mr. Reardon?"

"I'm not asking nothing, Bennett." Reardon seemed bigger than Aaron remembered him, all lean, menacing muscle and threat. "I'm tellin' you to show your cards."

Aaron drew himself up in his best Boston Brahmin fashion. "I'm a gentleman, Mr. Reardon, and I resent your implication."

Reardon took a drag on a big fat cigar and grinned. "I'm no gentleman, Bennett, and I don't rightly give a damn what you resent." The grin faded. "Now turn those cards over."

Aaron looked toward Big Red. "Can he do this?" he asked his bartender.

Big Red looked from Aaron to Jesse then back again. "He can do anything he pleases, boss."

Aaron's hands trembled as he reached toward the cards. "Damn whiskey," Aaron muttered as he exposed the ten and the king. The crowd around the table murmured and he was finding it harder to think clearly.

Jesse Reardon bent forward and swept the pile of gold and paper toward him. "This'll do for a start."

Suddenly Aaron was stone-cold sober. "I can't meet the rest of your bet, Reardon. You know that."

"You already did." Jesse sat back down and gestured broadly. "The Crazy Arrow and the old Rayburn mine will do just fine."

Aaron took a step backward, knocking over his chair. "Surely we can work out another, better deal, Reardon." He couldn't lose the saloon; the Crazy Arrow was his last best hope to build a better life for himself and his daughter. He'd failed so many times—how many other chances would he get?

"The Arrow and the mine," Reardon repeated, his dark blue eyes never leaving Aaron's face. "I don't see where you got a choice in this."

Sweat dripped down Aaron's back and soaked his starched white shirt. "The saloon is my livelihood, Reardon. Certainly you could find it in your heart—"

"Back home in Boston, gentlemen work out their differences."

"This ain't Boston, Bennett, and I already told you I'm no gentleman."

Reardon bit off the end of another cigar then reached inside the pocket of his shirt and pulled out a match. Aaron watched, mesmerized, as Reardon touched the point of flame to his cigar and inhaled.

The gambling room was crowded three-deep with miners in their silver-dusted clothes, fancy women in velvets and plumes, full-time gamblers with crisp black suits and well-waxed moustaches. Reardon turned to them, working the crowd like one of those snake oil salesmen Aaron had seen in Kansas City. "You heard our friend make the bet, didn't you?"

The crowd mumbled in affirmation and Aaron laughed out loud. Even if Aaron had never bet the saloon and the mine, every man in Silver Spur would have sworn on his poor, dead mama's grave that he had.

Jesse Reardon had that kind of power and he wasn't afraid to use it. Aaron Bennett had been on the wrong end of that kind of power all his life. In New York, in Boston, and now in Silver Spur, the same damning luck still followed him. He could go to hell and back and never shake free of it.

He turned and faced Reardon. Damn the man. How could he sit there so cool and calm while all of Aaron's dreams tumbled at his feet?

"You win," Aaron said, turning his hands palms up in surrender. There was no point in delaying the inevitable. "The Crazy Arrow is yours."

"And the mine," said Reardon.

Aaron closed his eyes for a second. "
And the mine, for whatever good that may do you. Just please, Reardon, if there is the slightest drop of humanity in you, when my daughter arrives, don't—"

What was that noise? Aaron glanced around; everyone seemed to be staring at him.

He drew a deep breath and pain tore through his middle. Looking down, he saw a bright red stain spreading across the starched linen front of his shirt.

So that was the way it ended, taking a bullet meant for another man. How splendidly ironic—second-rate, even in death.

His legs gave way but Jesse Reardon was there before he hit the ground.

The room was spinning on its axis and Aaron closed his eyes to quell the nausea. He tried to pull some air into his collapsing lungs. "Tell Caroline..." he began.

"My daughter." He hesitated. Why was it so hard to make the words in his head come out straight? "Tell her I'm sorry."

"Where's the doctor?" Reardon bellowed. "We're losing him, damn it!"

Aaron opened his eyes and smiled. Didn't they know? He'd been lost a long, long ago.

Death didn't mean a hell of a lot in a town like Silver Spur. Men lived by the gun and expected to die the same way. If you took count of how many bullets meant for one man found their mark in the hide of another—well, most men in Silver Spur couldn't count that high.

Jesse Reardon was no exception.

The poker game in the back room of the Crazy Arrow stopped only long enough for the undertaker, old man Johnston with the plastered-down hair, to cart Aaron Bennett's lifeless body over to the funeral parlor on the other side of town. Jesse was back to dealing himself aces before Chang Lee had the floor mopped up.

So it came as a big surprise to Jesse when he couldn't get Bennett out of his mind. All that night he kept seeing Bennett's face in front of him, seeing that look of pure terror in the Easterner's eyes when he realized he'd lost the Crazy Arrow and the mine.

Even later when Jesse went over to the Golden Dragon and found Jade, the proprietress, as warm and willing as ever, he still couldn't quite shake the memory of that look. Bennett was better off dead. That expression on Bennett's face when he realized he'd lost the Arrow had given him away. Once they saw your weaknesses, you were a dead man, any way you cut it.

"Leavin' so soon?" Jade stretched her slender arms overhead and looked up at him from the bright red satin sheets. Jade owned the Golden Dragon, the most popular sporting house in eastern Nevada. She was small and perfectly-made, with silky dark hair and the dark green eyes of a cat. Her exotic Chinese-American beauty drew men from as far as St. Louis to sample her charms and the charms of her girls.