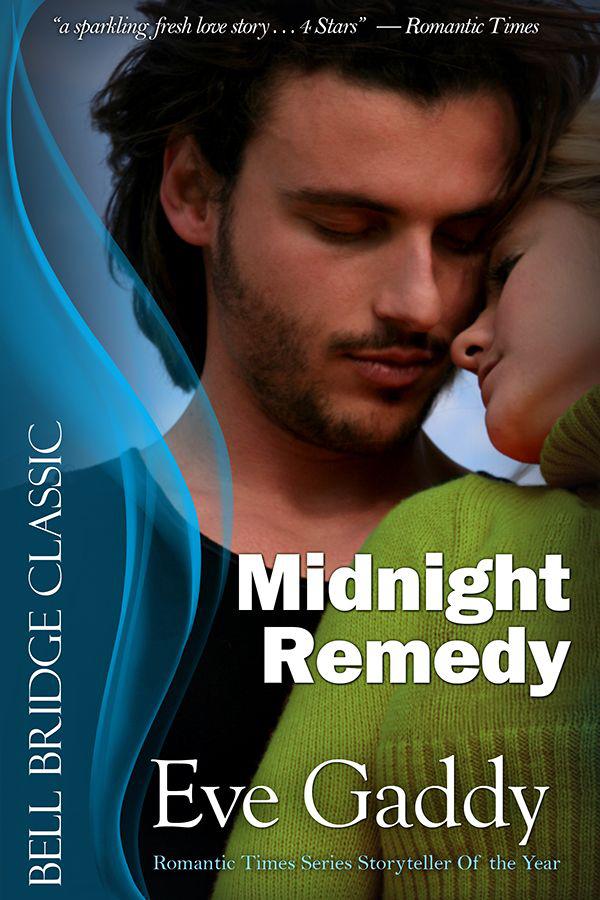 The Novels of Eve Gaddy

Piper Stevenson’s mysterious “potion” cured one of his patients. Dr. Eric Chambers is determined to unravel the secret of her painful past. Can they heal each other’s hearts?

“This book is fabulous; the plot is original and fresh. The characters are darling and the sexual tension simmers
. . .
”

This is for Kathy Wilson, who started me down the road, and for Jean Price and Dee Pace, who are always there for me.

And for Bob, Diana, and Chris, who give me love, joy, and inspiration

The Novels of Eve Gaddy

Too Close For Comfort

A Man of His Word

“Dammit, Gus, do you try to hit every blasted pothole on the road?” Eric Chambers stared at the old man as the battered pickup bottomed out with yet another bone-rattling, gut-busting thud.

“Eh? What’s that?” Gus cupped a hand to his ear and flashed a yellowed grin.

After Eric’s car died on the deserted west Texas road and he began walking in the hundred plus degree heat, the wizened old man in the beat-up pickup seemed like a godsend. Some godsend. Eric had managed to hitch a ride with the Good Samaritan driver from hell.

“Funny thing, you wantin’ to go jest where I was headed.” Gus cackled, blithely unaware how much his driving grated on Eric’s nerves.

Grunting in answer, Eric shut his eyes, blocking out both the sight of Gus’s shaggy head and the mountain road boasting shoulders that dropped off into nowhere and potholes the size of Lake Texoma. Funny thing they were going to the same place, was it? In this uninhabited part of the state, odds were any car he saw would be going his way.

Piper Stevenson would have a lot to answer for when he finally came face to face with her.
She
was the reason he was stuck in an ancient pickup with a man so old he made dirt look young.
She
was the reason he’d had to take time off from his practice to talk about a claim that couldn’t possibly hold water. And
she
was the person who’d taken his patient and convinced him that she’d cured him with her blasted herbal medications. God only knew what she’d put in that herbal tea she’d given Randy Johnson.

Eric intended to find out, and he also intended to tell Ms. Piper Stevenson to keep her herb-pickin’ hands off his patients.

The pickup shuddered to a halt outside a one-story ranch style house badly in need of fresh paint. Plants bloomed profusely and a dogwood tree flowered in the front yard.

“Any ideas where Ms. Stevenson might be?” he asked Gus.

“In there,” the old man rasped, jerking his head at long, L-shaped building of painted green wood and glass panes. A greenhouse, obviously. A couple of windows were cranked wide, opened to the outside.

“Thanks for the ride,” Eric said, at the same time thanking God he’d reached the place alive. His confrontational mood reinforced by his recent difficulties, he strode to the greenhouse. A huge, shaggy dog lay stretched across the threshold, snoring loudly. Eric halted, wondering how to shift the animal, but it raised its head and gave a sleepy woof. Then it thumped its tail and rose, stretching long and languidly before ambling away. Fingers on the door handle, Eric remembered the advice Dave Burson, his former colleague, had given him.

“Don’t tick her off until you’ve found out for sure if it’s bull or not,” Dave had said. “Think of it, Eric, a cure for—”

“Right,” Eric had interrupted irritably. “She’s got a cure like I’m going to be the next Surgeon General. Give me a break, you don’t believe it any more than I do.”

And Dave was right, dammit.
Something
had worked for the Johnsons, and he was going to have to at least be civil until he found out more. First he had to prove that Randy Johnson’s cure had been no more than coincidental to his drinking that herbal tea. Once Eric did that he could blast Ms. Stevenson’s ears with what he thought about practicing medicine without a license.

He jerked open the door and stopped in mid-stride. Stunned, he absorbed the fantasy land of colors and smells, set incongruously in the midst of a spartan, west Texas ranch. The long, narrow room exploded into color and confusion, crammed full with plants in every stage of growth and every color of bloom. Though there was probably some sort of order to the grouping, Eric’s immediate impression was one of wild disarray. The scents of damp earth and blooming flowers gave the humid atmosphere a tropical flavor, which blended well with the exotic flair of the plants.

He didn’t see a sign of human inhabitants until he found his way into the next section of the greenhouse. No less crowded, it held more flowers and other assorted greenery, including what looked to Eric like weeds. His quarry stood in a corner of the cramped room, surrounded by plant cuttings, clay pots and dirt.

“Where in blazes have you been, Gus?” she asked without turning around. “We’ve got to get the orchids sprayed today.”

She turned to look at him. Her eyebrows lifted in a faint question. “Yes. Can I help you?”

Blonde, curvy, pretty—no, pretty didn’t cover it. In her own way, she was as much of a contradiction as the flowers. What was a knockout, whose sweet-hot drawl hit him like Southern Comfort on an empty belly, doing digging up dirt in a greenhouse in the middle of nowhere? Business, Eric reminded himself, realizing he stared. You’re here on business. “Eric Chambers,” he said, offering his hand.

She started to offer hers, but drew it back before he touched it. “Sorry. Mud,” she said, by way of explanation.

“Dr. Chambers,” he repeated, dropping his hand. “From Capistrano. We had an appointment.”

“Appointment?” Her brow furrowed. “To see the plants? I’m afraid I don’t—”

“No, not the plants. It’s about the Johnsons.”

Why did she look so mystified? “Randy and Virginia Johnson. Friends of yours, I understand?”

“I made the appointment yesterday. With your husband, perhaps?”

“You take it right. But you probably talked to my grandfather, so I’m not surprised. He forgets stuff like that all the time.”

“Typical,” Eric muttered, beginning to feel impatient. “Well, since I’m here could we discuss this matter? I’m on a tight schedule and I’m not sure I can get back this week.”

Her sky-blue eyes assessed him critically, as if he were a plant she suspected of having aphids or some other undesirable quality. Though she still looked confused, she finally said, “All right. We might as well go to the house.”

They retraced his previous path through the building, only this time the woman in front of him distracted Eric even more than the plants had. As they stepped outside, a small boy catapulted from the back door of the house and ran straight at them. Reaching the woman, he clutched her around both legs.

“What wasn’t your fault?”

Even Silence Has an End by Ingrid Betancourt
Elevation of the Marked (The Marked Series Book 2) by March McCarron
The Pilgram of Hate by Ellis Peters
Bound by Fate by Sherilyn Gray
Chasing the Stars by Malorie Blackman
A Trace of Love by Danielle Ravencraft
Doll of Mine (A Dia de los Muertos Story) by Lila Felix
Chronicle of a Plague, Revisited: AIDS and Its Aftermath by Holleran, Andrew
More Than You Know by Jo Goodman
Don't Get in the Car (Kit Tolliver #9) (The Kit Tolliver Stories) by Block, Lawrence
Our partner