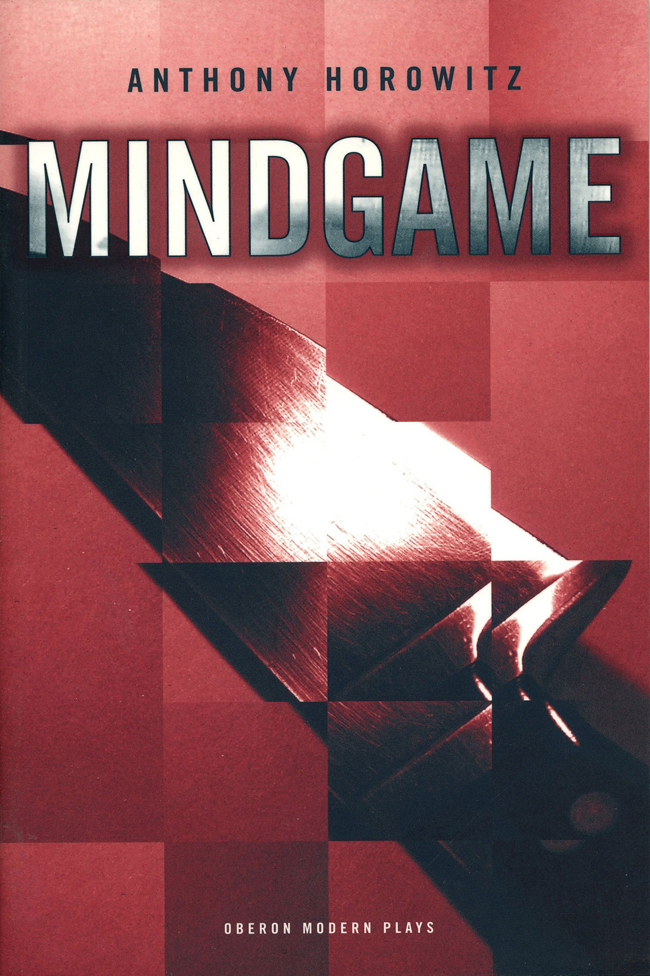 Anthony Horowitz is hereby identified as author of this play in accordance with section 77 of the Copyright, Designs and Patents Act 1988. The author has asserted his moral rights.

All rights whatsoever in professional productions of this play are strictly reserved and application for performance etc. should be made before rehearsal to United Agents, 12-26 Lexington Street, London, W1F 0LE,
[email protected]
. No performance may be given unless a licence has been obtained, and no alterations may be made in the title or the text of the play without the author's prior written consent.

All rights whatsoever in amateur productions of this play are strictly reserved and application for performance etc. should be made before rehearsal to Samuel French Ltd, 52 Fitzroy Street, London, W1P 6JR,
[email protected]
. No performance may be given unless a licence has been obtained, and no alterations may be made in the title or the text of the play without the author's prior written consent.

You may not copy, store, distribute, transmit, reproduce or otherwise make available this publication (or any part of it) in any form, or binding or by any means (print, electronic, digital, optical, mechanical, photocopying, recording or otherwise), without the prior written permission of the publisher. Any person who does any unauthorized act in relation to this publication may be liable to criminal prosecution and civil claims for damages.

Visit
www.oberonbooks.com
to read more about all our books and to buy them. You will also find features, author interviews and news of any author events, and you can sign up for e-newsletters so that you're always first to hear about our new releases.

Mindgame
was first performed at the Mercury Theatre, Colchester on 2 September 1999, with the following cast:

The production subsequently transferred to the Vaudeville Theatre, London on 5 June 2000, with the following cast:

The action of the play takes place during one evening in the office of DR ALEX FARQUHAR at Fairfields, an experimental hospital for the criminally insane. The office is cosy and old-fashioned, chintzy even. It seems to belong to the sixties, perhaps to the world of Hammer Horror.

A large, cluttered desk dominates the room with an old telephone and speaker-phone system to one side and a prominent alarm button to the other. Also on the desk is a Marks & Spencer bag which will be found to contain a box of tissues. Behind the desk, a picture of a distinguished-looking man who will be identified as Karel Ennis, the renowned psychotherapist and founder of the hospital. A window looks out onto fields, trees and a low wall. On the other side, a door opens onto a corridor.

Another picture in the room shows a sweet-looking dog on one side. There is a mirror opposite. A second door, next to a medical screen, leads into a reception room. There are plenty of books in the room. On the top of one low shelf stands a vase of sunflowers and an empty bottle of red wine. There's a rug on the floor, a couple of armchairs, a plastic wastepaper bin and a wood-steel office chair. Incongruously, a complete human skeleton stands on a frame in one corner.

As the action continues, the scenery will play a game with the audienceâ¦ parts of it changing while their attention is elsewhere. The aim is to suggest a shifting, faulty perception, a feeling that you cannot trust your eyes. I have not indicated in the text where these changes should take placeâ¦it should become evident in the direction. When the audience's attention is on one part of the stage, changes can be made on the other: the simple misdirection of any sleight-of-hand.

The portrait of Ennis will slowly transform (one feature at a time?) into a portrait of a woman we will come to know as Jane Plimpton. The dog will become a hideous wolf. The mirror will become a second window, this one barred. The low wall outside the window will rise, brick by brick, until it completely obscures the view. The office furniture
(telephone, lamps etc.) will become modern and utilitarian. The sunflowers will grow.

Each time the two doors are opened, they will be found to lead somewhere slightly different. These changes can actually be made while the action continues. During the interval, the curtains, wallpaper and rug can all be changed: the patterns can be very similar but somehow distorted. The audience should be aware of the change but should be unable quite to define it.

Sitting in the chair in front of the desk is MARK STYLER, a writer aged about fifty, casually dressed, a man with an air of self-confidence that borders on the smug. His face is pale and his haircut is a little oddâ¦otherwise he's the archetypal âexpert', the sort we've seen wheeled onto every BBC documentary late at night. He has a worn leather case by the chair.

He takes a tape recorder out of his case and switches it on. He moves across to the window and speaks into it.

First impressions of Fairfields. Note to myselfâ¦why that name? The view from Dr Farquhar's office. (
He pronounces it âFarker'
.) A nineteenth-century manor house set in its own extensive grounds in this secluded corner of Suffolkâ¦if indeed that most ill-defined of English counties could be said to have corners. The wall that surrounds the place may be predictable but the attendant ivy and â I think â Japanese wisteria is surely not. As I drive up the perfectly manicured lawns with rockery to the right and lily pond to the left, it is only the click of the maximum security metal
doors automatically closing behind me that reminds me that I am not a guest at some exclusive Home Counties health resort but a writer, privileged to be invited into the country's most notorious asylum for the criminally insane.

Easterman is here somewhere. I have come to find him. I must find him. It is the end of a journey that has consumed my life and somehow I will persuade Dr Farquhar to help me. At long last the two of us will be face to face.

STYLER considers what he has just said. He rewinds the tape part of the way and records again.

What does the office of Dr Farquhar tell me about the man who runs Fairfields? (
Pause
.) Evidently, he has little interest in interior design. Surprisingly chintzy and old-fashioned. Portrait on the wall some major psychoanalyst perhaps, painted by some minor artist most certainly. Picture of dog even worse â surely provided by the NHS in a job lot. Why the skeleton? A complete human skeleton standing in the corner. Did Dr Farquhar once study medicineâ¦anatomy? In the office of a psychiatrist it seems oddly disconcerting but then maybe that is the idea. To disconcert. To keep you off balance.

A pause. STYLER continues his tour of the room.

Books predictable. (
Reading a spine
.)
Group Psychotherapy, Sociometry and Psychodrama
. (
Continuing along the shelf
.) Miller. Milner. Mishler. Moreno. Dr Farquhar arranges his books alphabetically. I wonder if I can trust him? (
He picks up the bottle
.) One empty bottle of Chateau Mavillion 1966. (
Pause
.) Chateau Mavillion 1966. It feels as if it's
been placed here like a prop for me to find. It's a little ludicrous, like the skeleton. No glass. No half-eaten bowl of twiglets. Just the empty bottle. Was 1966 a good year? A good year for Dr Farquhar. The year that he qualified and they gave him a bottle of wine. A personal touch. (
He puts the bottle back
.) There's not very much in this room that's personal, and nothing at all that connects it with the world outside unless you count the telephone and what I take to be an alarm button. I wonder if Dr Farquhar sleeps on the premises? Sitting here in this office, walled in by his own A-to-Z of analysis, he's probably as out-of-touch as the inmates and he's kept me waiting here two hours, the rude bastard.

STYLER turns off the tape and puts it back in his case. He sits down again. He looks at his watch. A pause. He goes over to the door behind the desk and tries it. It's locked. He goes over to the other door and tries that too. He's unpleasantly surprised to discover that the second door is also locked. He tries it again, rattling the handle. And it's now that the first door suddenly opens and DR ALEX FARQUHAR comes in. Also aged about fifty, FARQUHAR is a strange blend of the saturnine and the benevolent, as if Sherlock Holmes and Dr Watson had somehow been blended into one. Penetrating, investigative eyes that have a habit of not focusing on what they're looking at. Wind-swept hair. A louche quality. None of his clothes quite fit.

STYLER is a little embarrassed to have been caught, trying the door.

FARQUHAR: It's actually Farrer. The
q
is silent and the
h
is redundant but anyway I prefer Alex. Please, take a seat.

FARQUHAR: I'm sorry I've kept you waiting. We had a little trouble in B-wing. Nothing serious but it still demanded my attention.

STYLER: That's alright. It was very good of you to agree to see me.

FARQUHAR: That's my pleasure. Think nothing of it. Pleaseâ¦

FARQUHAR gestures at a chair as he moves behind the desk. STYLER sits opposite him. FARQUHAR gazes at him curiously for a moment.

Look, this is very embarrassing but I'm afraid you're going to have to tell me exactly what it is I agreed to see you for. The fact is that my secretary is on holiday and what with one thing and another my paperwork has rather got on top of me. I know it's unforgivable but the truth of the matter is that as I stand here before you, I don't have the faintest idea who you are.