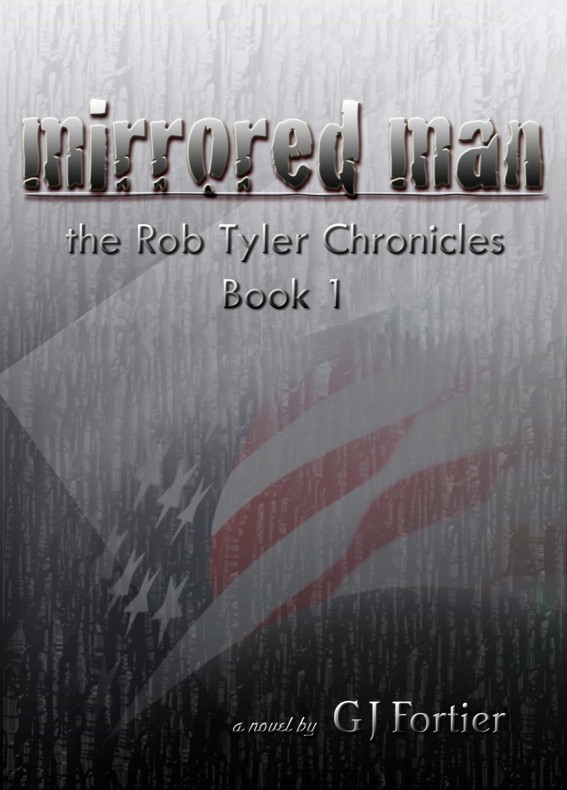 This is a work of fiction. Any similarities
to actual events or persons, living or dead, are coincidental. Any
trademarks or products names are used only for reference, not
endorsement. Except for review purposes, the reproduction of this
book in whole or in part, electronically or mechanically,
constitutes a copyright violation.

This, my first novel, is dedicated first to
the memory of my parents, Mary and Ted, whose wisdom and guidance
made me the man I am today. We begrudgingly gave them up to Heaven
far too quickly for my liking.

To my son Christian, whom I have often
thought was the only reason for my being. He is my friend, my
support, and the love of my life.

To my sister Geraldine, who has always been
there for me. Whether standing behind, beside, or before, she has
been there with love, strength, and encouragement through even the
darkest days of my existence.

To Terri, who is my sister in Christ. Without
her friendship, encouragement, humor, skills with the written word,
and willingness to help this storyteller with his strong lack of
grammar skills, readers might never have had the opportunity to
read this.

Most of all, I dedicate this novel to God in
Heaven, and I thank Him for the sacrifice that His Son, Jesus
Christ, made on the cross for my sins. It is from Him that I was
gifted with this meager talent to paint words on a page.

1 Method to the Madness

THE WIND WHISTLED
softly through the
crags around the two soldiers as they lay motionless, their ghillie
suits and floppy boonie hats providing insulation against the
elements. More importantly, their attire masked them from the
prying eyes of sentries scouring the peaks of the surrounding
mountains of eastern Afghanistan.

Lieutenant Robert “Rot” Tyler peered through
the optic mounted on the fifty-caliber M82 sniper rifle, sighted on
the cave entrance 640 meters to the southeast and 250 meters below.
Next to him laid Petty Officer First Class Stacey “Sack” Connery
who also had the crosshairs of his spotter scope on the opening in
the mountain face.

They had made the jump into the Nurestan
region during the new moon nearly three weeks before. Their
insertion point near the village of Khamdesh Ghar was barely
twenty-six kilometers from the border of Pakistan's Northwest
Territory. The cave was so well hidden that it had taken the men
five days using GPS satellites to locate it, and another six to
find the best combination of location and cover from which to shoot
should the kill order be issued, all the while evading their very
adept enemy in his own territory.

They had taken off from Dushanbe Airport in
the capital of Tajikistan. Their ride had been somewhat different
from what they were accustomed to. The Soviet-era IL-76 transport
plane, codenamed “Candid” by NATO during the Cold War, was roughly
the same size as an American Lockheed C-141
Starlifter
. It
was now owned and operated by Atlant-Soyuz Airlines in service as a
freighter. This particular aircraft had been rented by a Russian
flight crew and flown the roughly four hundred kilometers to the
pair’s insertion point, twenty-two kilometers north of their
current position. Armed with intelligence gleaned by the
international community, the snipers from SEAL Team Six waited
patiently, hoping that their extremely elusive target might turn up
at this location.

“It was fifteen,” Rot insisted.

“It was fourteen. You already said
Cleveland.” Sack’s graveled voice was monotone as he played the
familiar game.

This part of the mountains was accessible
only by foot trails. No airborne vehicle short of a helicopter
could fly below fifty meters in the narrow passages. It was a
perfect hiding spot for the terrorist camp. Their quarry,
ironically, had been on the payroll of the CIA only a dozen years
earlier during Afghanistan's war with the Soviet Union. Osama Bin
Laden, a Saudi Arabian national, had taken up the cause of the
Afghans against the Russians. He had proven himself to be a
brilliant tactician in the rugged countryside and a ruthless
warrior against the communists. But lately, his undertakings had
caused him to fall out of grace with the U.S. He was wanted by the
FBI in connection with several U.S. Embassy bombings in 1998 and,
more recently, the October 12, 2000, attack on the
USS Cole
while she was at anchor in the Yemeni port of Aden. Seventeen
sailors had lost their lives, and thirty-nine more had been
injured. All intelligence, though yet unconfirmed, pointed straight
at Bin Laden as the mastermind.

It was time for some payback.

“Okay, fourteen. That just leaves two,
right?” Rot asked as he scratched his cheek on the stock of his
weapon.

“Okay.” Rot paused as he adjusted his view
to focus on three men emerging from the cave. The terrorists took
great care to stay out of sight during the day, but after sunset
they were less cautious and came out to get some fresh air.

“Did I say Jacksonville already?”

Rot peeked from under the cowl of his
camouflage suit at his partner. Both wore gray and black camouflage
paint on their exposed skin, but that was where the similarities
ended. At six foot four Sack was three inches taller than Rot,
eighty pounds heavier, and built like a linebacker. His barrel
chest and tree trunk limbs were legendary, and his emerald eyes
reflected intelligence and intensity. But nothing spoke more of the
big man’s cowboy personality than his thick black mustache.

Sack stared at Rot disparagingly. “They're
in the NFC. Ain't you from South Carolina? You ought ta know that
one.”

“Not during football season. Anyway,” Rot
turned his attention back to his scope, “who's left?”

Sack kept silent. It wouldn't be long before
the sun dipped below the peaks and the temperature started
dropping, which would make it difficult for them to keep the lenses
on their equipment from clouding over. Scanning the cave’s
perimeter, he spotted a larger group moving toward the cave from
the southwest. “One o'clock.”

Rot quickly found the second group moving
toward the entrance. “Hello. Who do we have here?”

“I do believe we have a winner.”

The man in the middle of the larger group
stood head and shoulders above the others. His thick beard and
turban obscured his face, but Rot had studied enough video to know
the man’s stature and mannerisms. “Contact Method. Paper has been
printed.”

Sack complied without hesitation, speaking
slowly and clearly into his headset's microphone. “Method, this is
Wyvern. Paper has been printed. I say again, paper has been
printed. Request instructions. Over.”

Rot put his weapon's crosshairs on the tall
figure's center mass as his index finger rested anxiously against
his weapon’s trigger guard, ready to do its work. One shot from the
Raufoss fifty-caliber explosive, armor-piercing round would be more
than sufficient to eliminate his target.

Rot listened to the unexpected response as
it crackled over Sack's radio. “Wyvern. Method. Flypaper. Repeat.
Flypaper. Over.”

“Method says we hold. Can you believe it? We
hold again.” Sack spat the words.

“I heard.” Rot watched as the man in his
sights laughed along with the others in the group. An odd feeling
of relief swept over him. “Confirm your last.”

“Method. Wyvern. I repeat. Paper has been
printed. Please confirm your last. Over.”

Sack rested his forehead on the rock that
served as the platform for his scope. “Confirmed.”

Rot sighed and thought of his wife as he
watched the group disappear into the cave.
She was
right
.

For several moments, all that could be heard
was the moaning wind before Sack growled, slammed his head hard
against the rock and glared over at Rot. “What are we doin' here,
LT?”

“But this is the second time,” Sack
protested. “First in Somalia and now here.” He looked through his
scope only to see their target gone. “Well, that's just great. He's
in there now. All of this fer nuthin'! Japan to Moscow to
Tajikistan. The Russians, the jump, three weeks in the desert, fer
Pete’s sake!” To this rant he added a steady stream of
expletives.

Rot ignored the rest of Sack's rant. The
lieutenant's relief was growing, their mission over. But now Rot
was faced with an even more difficult task. One he had been
dreading more than the prospect of completing their mission.

They packed up in the dead of night beneath
the light of the waning moon and began the long trek back to their
extraction point in the same riverbed where they had concealed
their jump gear. Before, they had stopped frequently as they moved
mostly at night through low ground, using what little light the
moon had provided to survey the peaks around them for signs of the
enemy. But now their course remained uninterrupted as they traveled
closer and closer to the choppers and home.

On the morning of the third day, Rot blurted
out, “The Titans!”

Sack was accustomed to the lieutenant
spouting the answer to a question asked hours or even days earlier.
“Congratulations. It only took you four days this time.”

Rot smiled to himself. “I always forget the
expansion teams. Hey, who's playing the Giants again?”

“The Ravens,” Sack answered, amazed at Rot's
lack of football knowledge. “How can you call yourself a football
fan and not know who's playing in the fu—” Sack caught himself. The
lieutenant's ears had become sensitive to bad language over the
past couple of years, soon after he married his little church-going
bride. “Sorry, sir. The
freakin'
Super Bowl.”

Rot smiled. “I told you, you don't have to
hold your tongue around me. I ain't a nun.” He was painfully aware
of the widening gap between other SEAL Team Six members and himself
since he had married three years before. His mellowing demeanor had
caused a reciprocal change in attitude from nearly every one of his
teammates. A couple of them had listened politely as Rot tried to
explain his admittedly radical transformation, but most weren't
interested. A few were even openly hostile at times. But not
Sack—his observer, his partner, his friend. Snipers and their
observers were the elite of the elite, and Rot and Sack were a team
within a team, despite rank. And that fact was making Rot’s
approaching chore even more difficult.

Sack smiled wide. “I was jus' tryin' ta be
respectful.”

Rot gave him a knowing look. “Well, I
appreciate that, but I ain't responsible for your mouth. Or your
soul.”

“My soul?” Sack lifted one of his booted
feet, peering intently at its tread. “These boots're brand new for
this mission, LT.”

Rot ignored the quip. “Well, at least we'll
be home in time to watch the game.”

Sack squared his shoulders. “Go ahead.”

Rot looked at him quizzically. “What?”

“Ya might as well get it over with,” Sack
stated stoically.

Sack sighed. “Every couple o' weeks for more
'n a year, you invite me to go to church with ya. Go ahead an' ask.
I'll tell ya ‘no’ and then we can get on home.”

Rot smiled. “Okay. Come to church with me
when we get back.”

“Can I bring Chiyoko? 'Cause we're both
gonna need some forgivin' the mornin' after I get back.” Sack
grinned, ending the statement with a wink.

You & Me by Padgett Powell
The Wicked Wife (Murder in Marin Book 2) by Martin Brown
Escape (Last Chance Series, Book 3.5) by Davis, Dee
The Castle of Llyr by Lloyd Alexander
Message from a Mistress by Niobia Bryant
Going Royal 02 - Some Like It Scandalous by Heather Long
The Summer Queen by Joan D. Vinge
London by Carina Axelsson
Atonement by J. H. Cardwell
Child's Play by Reginald Hill
Our partner