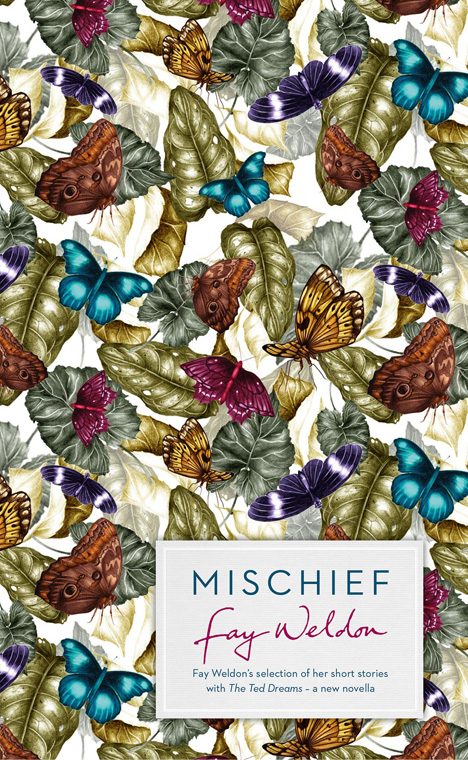 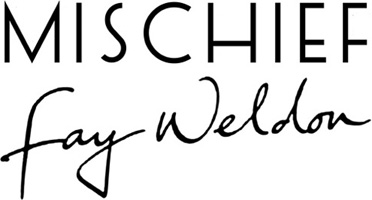 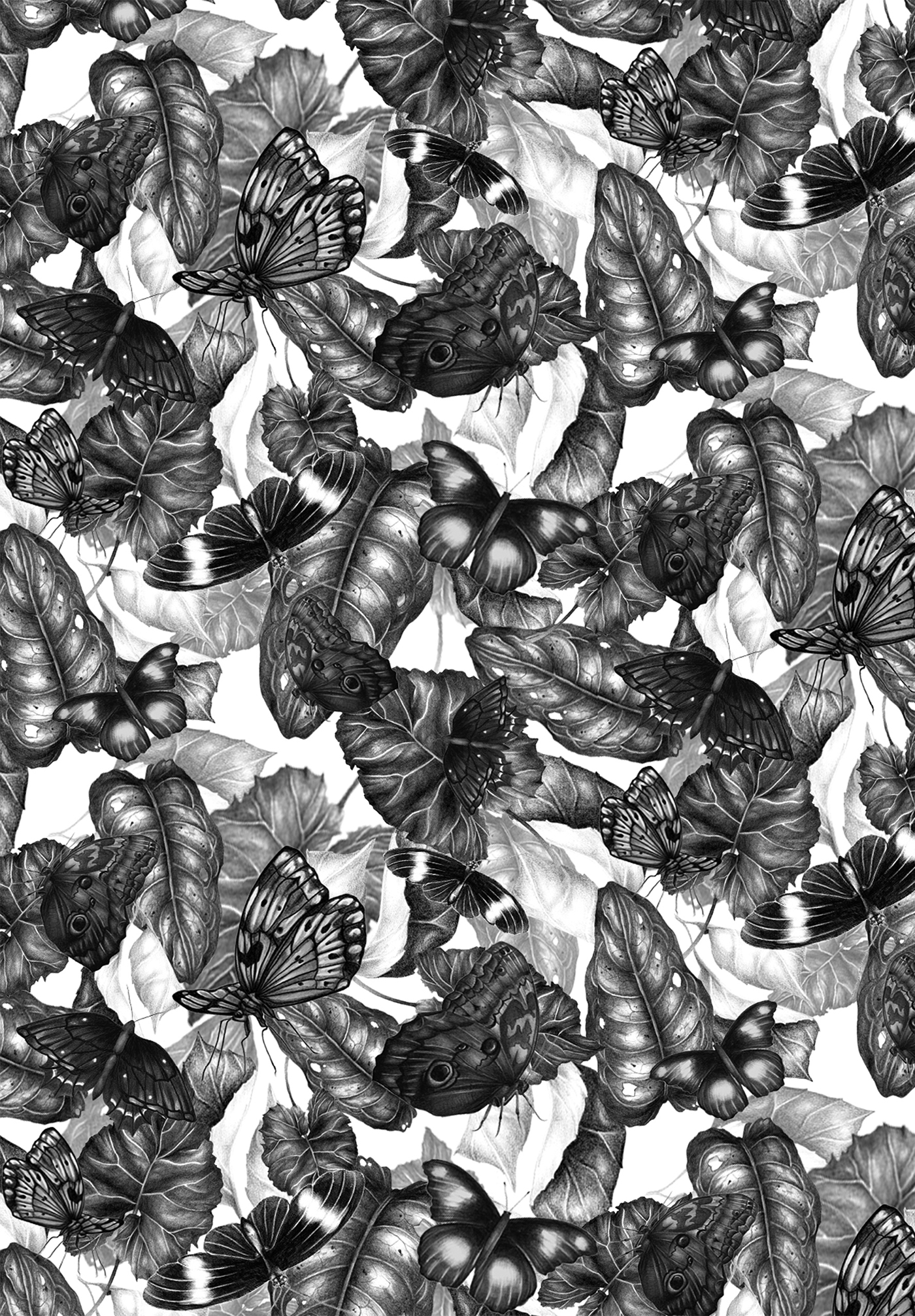 The Man with No Eyes

Delights of France or Horrors of the Road

Down the Clinical Disco

Chew You Up and Spit You Out

Ind Aff or Out of Love in Sarajevo

GUP or Falling in Love in Helsinki

Love Amongst the Artists

A Knife for Cutting Mangoes

Why Did She Do That?

The Ted Dreams – a novella

During the four decades over which these stories were written the relationship between men and women in the West has changed out of all recognition. In the seventies women still endured the domestic tyranny of men, in the eighties we found our self-esteem, in the nineties we lifted our heads and looked about, and in the noughties – well, we went out to work. We had to.

The stories from the seventies, I notice, tend to be long and serious, those from the busy two thousands, shorter. Everyone’s busy. By the 2014 novella, various chickens from these last decades have come home to roost, while social media and big pharma wreak their own special havoc. Some things don’t change, of course. Like mother-love; and children learning to put up with second best. The wife may become the partner, but she goes on making, mending, patching broken lives the same as ever.

Reading through my hundred-odd stories was a disturbing experience. Delving into one’s past writing is like delving into memories of one’s own life for an autobiography – there is so much concentrated, even painful experience here. Fiction these stories may be, but the feeling-tones of yesterdays are bound to come surging back. Women’s bodies go on betraying them, desire goes on trumping common sense. The sadistic male artist seems perennial, his poor masochistic moll up to her arms in soapsuds, admiring him.

Most of the tales in this book have been collected before; a few have appeared only in newspapers, magazines or on the radio. A couple are unpublished: the novella had an initial outing as an e-book but is paper published here for the first time. Most of them were written as interruptions of whatever novel I was writing at the time (
Alopecia
, for example, must have been a kind of interjection into the comparative frivolity of
Little Sisters
). It seems wiser to get new ideas out of my head and onto the page than keep them seething away inside it. These stories often read, I can see, more like concentrated mini novels than classic short stories.

It was only when I wrote my first short stories unasked for and uncommissioned that I could persuade myself that I was any kind of proper writer. Since I began writing fiction in 1966 I’d found myself writing non-stop in response to requests for television and radio dramas, stage plays, novels, fulfilling contracts and meeting deadlines. But perhaps the fact that I could do that was more to do with my training in advertising than from any genuine talent? Perhaps all I’d been doing was responding to requests in order to pay the rent and keep a family? Not initiating my own ideas like a proper writer? I trusted the incomparable Giles Gordon, my literary agent from 1966 until he died in 2003, to market what I produced. Which he unfailingly did. So I gained confidence.

Then the short began to creep surreptitiously into the long fiction. In
Leader of the Band
(1988) I added three only obliquely relevant short stories. And fiction crept into ‘non-fiction’: in
Letters to Alice on First Reading Jane Austen
(1984) I had to warn readers the ‘I’ in the book was not me, albeit she bore my name. In
Mantrapped
(2004) I stirred fiction into autobiography to work out whether one can truly separate the writer’s personal life from what she makes up. I decided that you couldn’t.

But I have always had a try-try-try-again approach to writing: nothing ends up quite as you meant it to, which is why one sighs and starts again, in the hope that this time you will get it right. Of course you never will. But this way you get an awful lot of different kinds of books written – to the despair of one marketing executive who shook her finger at me at a meeting and said, ‘You write consistent product, we’ll sell it.’

So many changes have come to pass in the last four decades to disturb the equanimity of the writer. By the nineties most of us were writing with computers – it was so fast, so easy, and the mouse outran the brain. Unconsidered first, not second, thoughts reached the page. Writing by hand went out of fashion. I held out until about 1995. I am not at all sure that the change to the digital text has been a blessing. The computer depends for its very existence on disambiguity; it deals with yes-no certainties. ‘Perhaps’ doesn’t get a look in. Every sentence means what it says and only what it says, and the ease of change for the writer is so swift and unlaborious that any hint of paradox, any sense of the opaque, is removed.

And then the e-book came along, the naked text without the frills of publisher’s advocacy, jacket, blurb, writer’s photo: Look at me! Read this book! The text must now stand alone, without defences. Readers, who once liked to settle down with a good book when they had peace and time to think now increasingly read e-books when they are on the move. It’s no surprise that plot-rich, contemplation-light genre novels leave literary novels lagging behind. ‘Good’ writing is so much to do with an aesthetic, with a resonance of language which is more apparent on paper than on a screen.

The Other Side always seems to hover over my work – alternative realities always threatening to break through, scaring us out of our wits and sometimes into them. In
The Ted Dreams
it finally steps into ours.

There is a certain kind of unhappiness, experienced by a certain kind of woman married to a certain kind of man, which is timeless: outrunning centuries, interweaving generations, perpetuating itself from mother to daughter, feeding off the wet eyes of the puzzled girl, gaining fresh strength from the dry eyes of the old woman she will become – who, looking back on her past, remembers nothing of love except tears and the pain in the heart which must be endured, in silence, in case the heart stops altogether.

Better for it to stop, now.

Angel, waking in the night, hears sharp footsteps in the empty attic above and wants to wake Edward. She moves her hand to do so, but then stills it for fear of making him angry. Easier to endure in the night the nightmare terror of ghosts than the daylong silence of Edward’s anger.

The footsteps, little and sharp, run from a point above the double bed in which Angel and Edward lie, she awake, he sleeping, to a point somewhere above the chest of drawers by the door; they pause briefly, then run back again, tap-tap, clickety-click. There comes another pause and the sound of pulling and shuffling across the floor; and then the sequence repeats itself, once, twice. Silence. The proper unbroken silence of the night.

Too real, too clear, for ghosts. The universe is not magic. Everything has an explanation. Rain, perhaps? Hardly. Angel can see the moon shine through the drawn blind, and rain does not fall on moonlit nights. Perhaps, then, the rain of past days collected in some blocked gutter, to finally splash through on to the rolls of wallpaper and pots of paint on the attic floor, sounding like footsteps through some trick of domestic acoustics. Surely! Angel and Edward have not been living in the house for long. The attic is still unpainted, and old plaster drops from disintegrating laths. Edward will get round to it sooner or later. He prides himself on his craftsman’s skills, and Angel, a year married, has learned to wait and admire, subduing impatience in herself. Edward is a painter – of pictures, not houses – and not long out of art school, where he won many prizes. Angel is the lucky girl he has loved and married. Angel’s father paid for the remote country house, where now they live in solitude and where Edward can develop his talents, undisturbed by the ugliness of the city, with Angel, his inspiration, at his side. Edward, as it happened, consented to the gift unwillingly, and for Angel’s sake rather than his own. Angel’s father Terry writes thrillers and settled a large sum upon his daughter in her childhood, thus avoiding death duties and the anticipated gift tax. Angel kept the fact hidden from Edward until after they were married. He’d thought her an ordinary girl about Chelsea, sometime secretary, sometime barmaid, sometime artist’s model.

Angel, between jobs, did indeed take work as an artist’s model. That was how Edward first clapped eyes upon her; Angel, all innocence, sitting nude upon her plinth, fair curly hair glinting under strong lights, large eyes closed beneath stretched blue-veined lids, strong breasts pointed upwards, stubby pale brush irritatingly and coyly hidden behind an angle of thigh that both gave Angel cramps and spoiled the pose for the students. So they said.

‘If you’re going to be an exhibitionist,’ as Edward complained to her later in the coffee bar, ‘at least don’t be coy about it.’ He took her home to his pad, that handsome, dark-eyed, smiling young man, and wooed her with a nostalgic Sinatra record left behind by its previous occupant; half mocking, half sincere, he sang love words into her pearly ear, his warm breath therein stirring her imagination, and the gentle occasional nip of his strong teeth in its flesh promising passion and pain beyond belief. Angel would not take off her clothes for him: he became angry and sent her home in a taxi without her fare. She borrowed from her flatmate at the other end. She cried all night, and the next day, sitting naked on her plinth, had such swollen eyelids as to set a student or two scratching away to amend the previous day’s work. But she lowered her thigh, as a gesture of submission, and felt a change in the studio ambience from chilly spite to warm approval, and she knew Edward had forgiven her. Though she offered herself to multitudes, Edward had forgiven her.

The Position 3 by Izzy Mason
Harlan Coben by No Second Chance
Fire Hawk by Justine Davis, Justine Dare
Lingering Touch - A Story of Young Love by Anna Howard
Conference With the Boss by Sierra Summers
Wilderness Passion by Lindsay McKenna
The Tell by Hester Kaplan
The Origin by Youkey, Wilette
Who I'm Not by Ted Staunton
Death of a Friend by Rebecca Tope
Our partner