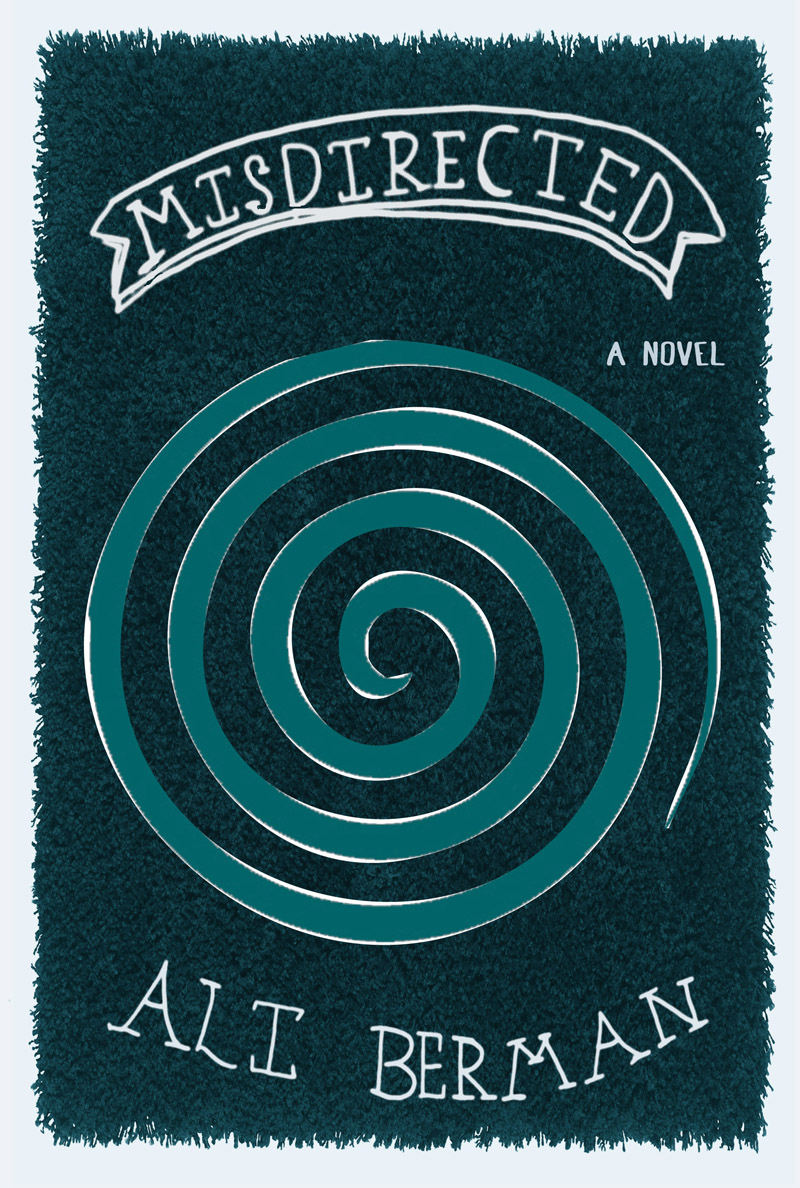 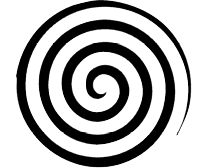 All rights reserved. No part of this book may be reproduced, stored in a retrieval system, or transmitted in any form or by any means, including mechanical, electronic, photocopying, recording, or otherwise, without the prior written permission of the publisher.

Library of Congress Cataloging-in-Publication Data
Berman, Ali.
Misdirected : a novel / by Ali Berman.
pages cm
Summary: When fifteen-year-old Ben moves to small-town Colorado and a Christian school, his atheism sets him apart and leads to bullying and misunderstandings, and with his brother serving in Iraq and his sister away at college Ben is on his own in the struggle to find his place without compromising who he is.
ISBN 978-1-60980-573-9 (hardback)
[1. Conduct of life--Fiction. 2. Faith--Fiction. 3. Bullies--Fiction. 4. High schools--Fiction. 5. Schools--Fiction. 6. Magic tricks--Fiction. 7. Moving, Household--Fiction.] I. Title.
PZ7.B45355Mis 2014
[Fic]--dc23
2014010183

For David and Glenda Berman
(the best parents ever).

Because Your Parents Said So

I live in Massachusetts, about thirty minutes outside of Boston. I'm a Bay Stater. Or a suburban Bostonian. A New Englander.

Yep, I can still say that. I wouldn't even care if people called me a masshole, if it meant I could stay here.

My parents told me a month ago that we're moving. My mom got a new job, better pay and all the things adults care about. What don't they care about? Taking me out of high school the week before my sophomore year and moving me three quarters of the way across the country to a crap town in Colorado called Forest Ridge.

My dad works from home so it doesn't matter to him where we go. Being a middle-aged man without an office job, it's not like he has any friends anyway.

They say that I'm not seeing it from their perspective. I say, if they could remember how hard high school is, they'd never ask me to move. But they're old. So there it is. We're going.

My mom said, “At least you haven't started dating yet. Imagine how much harder it would be if you had to leave a girlfriend behind.”

Thanks, Mom. Really. Thanks for the reminder that I'm fifteen and haven't even kissed a girl. It makes me feel so good to have that fact pointed out by you. Not that I'm so unusual. Most of my friends have yet to make contact. Probably because they (okay, we) aren't the coolest bunch.

Well, Seth has. Or so he says. He claims it happened at summer camp when he was thirteen. But with summer camp stories, there is always the very real chance that they are total bull. If I had gone to summer camp, I'd have probably had a fake girlfriend too.

I guess I sort of kissed a girl. If we're being technical. Seth and I hang out with this girl Margaret Fong. She's not really the person I want to remember being my first kiss. She's more best-friend material than the girl you imagine making out with. It was in eighth grade, on a dare, and we didn't use tongue. Even though it was on the mouth it only lasted about as long as I would kiss my dog. Not that she's a dog. I mean, I like Margaret. She's even decent looking. I just don't like her like that. Seth brings it up once in a while to embarrass us both.

Seth and Margaret come over a few minutes before we're supposed to leave for the airport. Usually we'd all go up to my room, but it's empty now. My stuff is on a truck on some big long highway. The only things left are the stickers of the solar system I put up on my ceiling ten years ago during my planets-are-cool phase. And they've lost their glow anyway. Plus, it's not even accurate anymore. Not since Pluto got tossed.

We go outside and sit in the backyard. Seth hands me something wrapped in newspaper. A gift. It's a book on magic.

Now I know what you're thinking. Magic is kind of lame when you're past birthday parties for six-year-olds. But I do awesome magic. The kind that gets people to ask you afterward, “How the hell did you do that?” And I say, like a bit of a jerk, “Magic.”

Last year I got beat up because I wouldn't tell this big kid how to do an illusion. We were in the lunchroom, and I was semi-successfully impressing two girls with some easy card manipulation, when he came over and demanded step-by-step instructions on how to pull it off. I told him to shove it. He responded by punching me in the eye socket and shouting, “Magically fix that, asshole!”

Turns out my older sister, Emily, had a bit of illusion-worthy makeup in her bag. She slopped some beige goo below my eye and you could hardly tell it was all blackened underneath. I wore a hat and looked at people from my right side for a few days and no one noticed. Although my mom kept telling me, “Sweetie, you look so tired.”

Now Emily is in college down in New York. Last week, when she left, I gave her a sappy Belle and Sebastian CD and she gave me a bottle of concealer labeled “wuss cream.”

Seth doesn't care about magic at all. He likes baseball and soccer and other sports that require hitting, kicking, and chasing things. On the other hand, Margaret is really good at it. Better than me, mostly because she's been doing it longer. Unlike me, she won't do it in front of people she doesn't know well. So her audience consists of me, Seth, her mom, and little brother. I swear she could fool Houdini, but no one will ever know because she's too goddamn scared. Plus, she can do the tricks in English and Cantonese, which just ups the coolness factor.

I think high school is going to get harder for them without me here. Then again, they still have it easier than me. I'm going to a brand new school where I have
no
friends.

Seth says, pointing to the book, “I don't know if you have this one, but it looked pretty cool.”

We're silent and awkward for a minute while I flip through the book.

“I've never seen some of these,” I say, mostly lying. There is one toward the back I don't have.

Seth gives a half-embarrassed nod. I don't think he's ever given me something before. Even on birthdays, we'd usually just sneak into an R-rated movie.

Margaret takes a small wrapped rectangle out of her bag. Not a book. Something about the size of her . . . Holy crap. Is that . . .

“Is that your McBride collection?”

“Normally a person opens something before they find out what it is.”

I grab it and rip off the paper. It is. It's her DVD set of Jeff McBride videos that she's been learning from for years. The man is the master of cards.

“You can't give me this. It's like giving away your mentor.”

“You need it more than me, right? I've memorized the DVDs so it's your turn now.”

I sit there for a minute looking down at McBride's face and then stand up and give her the biggest hug I know how to give.

And he's right. The hug goes on a little longer than I expected it to. Just long enough to be slightly weird as we let go. I don't want to kiss her exactly, although her skin has cleared up since that dare back in middle school. I am going to miss her. I probably could have hugged her for another five minutes, if Seth wasn't staring at us. Sometimes I think he likes Margaret. Not that he would ever admit it.

I sit back down and stare at both of them. Right now, Seth and Margaret look kind of like my dog Holly when she watched my brother Pete leave for his first tour in Iraq. Or like she did last week, when my sister went off to Sarah Lawrence after packing half her room into the car. They look like they're being abandoned.

“You think your parents will let you visit?” I ask them.

Margaret says, “Visiting a boy all the way out in Colorado? Not likely.”

“I dunno. Depends on my grades.”

“Maybe you should do your homework for once.”

“Without me here, what else are you going to do at night?”

He punches me in the calf in the exact place where the muscle feels like it's got an edge. He might not be that great at math, but he has a good enough understanding of the human body to hit exactly where it will hurt the most.

“At least now you'll have less competition for Diane Schwartz,” I say.

“She would have come around. As girls get older they care less about tall and muscular and more about, you know, other things.”

“Pale and skinny?” asks Margaret with a grin, as she flips through the book Seth gave me.

My mom pokes her head out the door and calls to me.

My mom waves to me one more time and then heads back out front. I put the book and the DVDs in my backpack along with my other stuff that will keep me occupied on the plane.

“Wish you luck? How about us?” asks Seth.

“You don't need luck. You just need to talk to more people.”

“Just invite them over to kick a ball around or something. And you,” I say, looking at Margaret, “get up the nerve to do your magic in public. You're too good to keep performing for your stuffed animals. And, seriously, way too old.”

“Shut up,” she says, smiling before giving me a weird sort of half hug. I guess that last full hug was so strange that she can't give me another one. Too much confusing male/female body parts touching, even though we're just friends, so it shouldn't matter, but it does.

“We'll be visiting my sister over Thanksgiving. My mom already promised, so I'll see you. Sarah Lawrence is only a few hours away.”

Seth and Margaret turn and walk through the backyard and into the woods that connects to the path back to his house. I stand there and wait for them to turn around. They don't. I can see them laughing and talking. So, by myself, I head out to the front of the house that is no longer my house and get in the back of the car with Holly. She looks happy that we're taking her with us and not leaving her, like Pete and Emily did. So why do I feel like I'm the one being left behind now?

The Mermaid's Mate by Miller, Kristin
Historias de Londres by Enric González
The Mistress, Part Two by Lexie Ray
In the Shadow of the Wolf 3 - Splintered Lies by Diane Adams, RJ Scott
Wolf Bite by Heather Long
Unbreak My Heart (Childhood Sweethearts Reunited) by Scott Taylor, Helen
Sixteen and Dying by Lurlene McDaniel
It's in the Rhythm by Sammie Ward
A Baby by Chance by Thacker, Cathy Gillen
Sunburn (Book 1, The Events Trilogy) by Gorvine, Samuel
Our partner