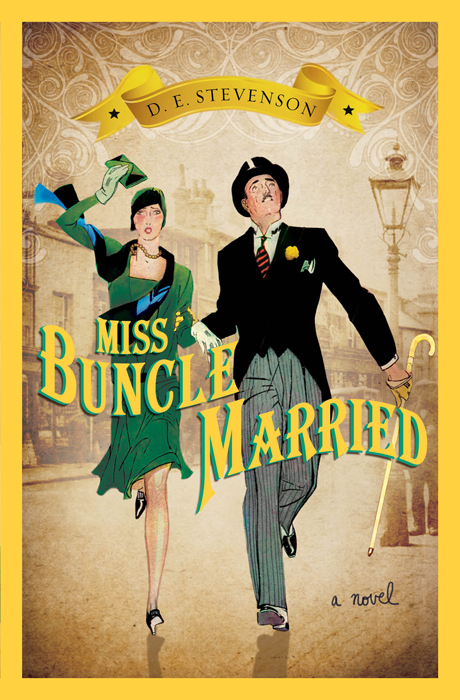 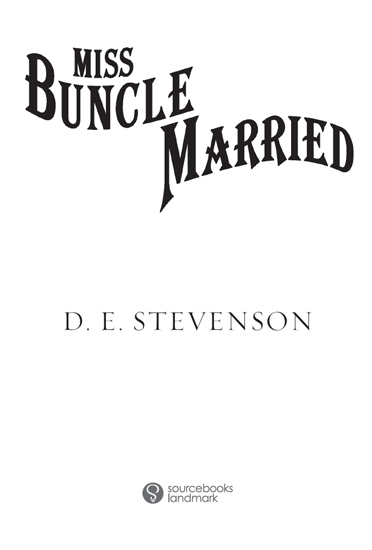 First published in 1936 by Herbert Jenkins Ltd. Previously published in the UK in 2010 by Persephone Books Ltd.

“First published in 1936 by Herbert Jenkins Ltd. Previously published in the UK in 2010 by Persephone Books Ltd.”âT.p. verso.

An excerpt from
Miss Buncle's Book

Dedicated to those who liked
Miss Buncle and asked for more.

Chapter One
Mr. and Mrs. Abbott

“We had better move,” said Mr. Abbott casually. Mrs. Abbott's hand was arrested in midair as it went toward the handle of the coffee pot. Her gray eyes widened, her mouth opened (displaying a set of exceptionally fine teeth) and remained open, but no sound came. The pleasant dining-room was very quiet, a fire burned briskly in the grate, the pale wintry sunshine flowed in at the window onto the red and blue Turkey carpet, the carved oak furniture and the motionless forms of Mr. and Mrs. Abbott sitting at the breakfast table. On the table the silver glittered and the china shoneâas china does when it is well washed and polished by careful hands. It was a Sunday morning, as could easily be deduced from the lateness of the hour and the unnatural quiet outside as well as inside the Abbotts' small, but comfortable, house.

“I said we had better move,” Mr. Abbott repeated.

Mr. Abbott lowered his paper and looked at his wife over the top of his spectacles. It was a Sunday paper, of course, and Mr. Abbott had been glancing over the publishers' announcements. He was a publisher himself so the advertisements interested him very much, but did not deceive him. The news that Messrs. Faction
8c
Whiting were publishing the Greatest Novel of the Century, crammed with Adventure, scintillating with Brilliance, and bubbling with Humor merely roused in Mr. Abbott's bosom a faint kind of wonder as to what they paid their advertising agent. He put down the paper without regret, and looked at his wife, and, as he looked at her, he smiled because she was nice to look at, and because he loved her, and because she amused and interested him enormously. They had been married for nine months now, and sometimes he thought he knew her through and through, and sometimes he thought he didn't know the first thing about herâtheirs was a most satisfactory marriage.

“Yes, I said âmove,'” he repeated (in what Barbara Abbott secretly called “Arthur's
smiling
voice”). “Why not move, Barbara? It would solve all our difficulties at one blow. We could have a nice house, further out of town, with a nice gardenâtrees and things,” added Mr. Abbott, waving his hand vaguely, as if to conjure up the nice house before Barbara's eyes, and the queer thing was he succeeded. Barbara immediately beheld a nice house with a nice garden, further out of town. The whole thing rose before her eyes in a sort of visionâlawns and trees and flower beds with roses in them, and a nice house in the middleâall bathed in sunshine.

“Yes,” she said breathlessly, “yes, why not? If you wouldn't mind leaving Sunnydeneâthere's no
reason,
I meanâ”

“Exactly,” nodded her husband, “you
see.
There's no reason at all, and it would solve all our difficulties.”

They looked at each other and grinned a little self-consciouslyâtheir difficulties were so absurd. Had any two, apparently sane, people ever landed themselves in such a foolish, ridiculous mess?

“What are you thinking about, Arthur?” Mrs. Abbott inquired.

Yesterday morning, Mr. Abbott had risen with a dreadful headache. He rose late, bolted his breakfast, and rushed for the 8:57 train to town. It was imperative that he should catch the 8:57 because he had an important interview with Mr. Shillingsworth. If Mr. Abbott was not in the office when Mr. Shillingsworth arrivedâthere and waiting, all smiles and jovialityâthere would be trouble. It was all the more annoying because the day was Saturday, and Mr. Abbott usually took Saturdays off and played golf with John Hutson, who lived next door and had exactly the same handicap as his own. Mr. Abbott had had to put off John Hutson the night before and rush up to town, with a bad headache, at Mr. Shillingsworth's behest.

Mr. Shillingsworth was a well-known novelist, and Mr. Abbott was his publisher. Mr. Shillingsworth gave Messrs. Abbott & Spicer more trouble, and caused them more annoyance than all their other authors put together, but they hung on to him, and placated and soothed him because his books sold. (Personally Mr. Abbott was of the opinion that Shillingsworth's books were tripe, but they undoubtedly sold.) The new novel was frightful rubbishâthey all thought so at the officeâbut they had decided to take it all the same, because, if they didn't take it, somebody else would, and somebody else would make a good deal of money over it, and Messrs. Abbott & Spicer would lose Shillingsworth forever.

Mr. Abbott thought of all this going up in the train, and it annoyed him intenselyâhe hated publishing rubbishâand what with his hurry, and his headache, and the loss of his morning's golf and his annoyance over Shillingsworth's rubbish, he arrived at the office in a most unenviable condition.

“What on earth's up with the boss?” demanded Mr. Abbott's private secretary, bursting out of Mr. Abbott's private room like a bomb. “I never saw him âso het up.' He threw the letters at me and told me to go back to school, because I made a slip and spelled omitted with two Ms.”

“Marriage, that's what,” said the head clerk, who was a bachelor. “Marriage. You mark my words, he'll never be the same again.”

Mr. Abbott was all honey to Mr. Shillingsworth (when he arrived fifty minutes late for his appointment). It was a frightful effort to be all honey, and it left Mr. Abbott with arrears of bad temper to work off on his next visitor. His head ached much worse by this time, and he was beginning to feel a little sick. So when Mr. Spicer, the junior partner of the firm, looked in for a chat, and sat on the edge of Mr. Abbott's desk, smoking his foul pipe and swinging one leg in a
dÃ©gagÃ©
manner, Mr. Abbott did not welcome him as cordially as usual.

Mr. Spicer was quite oblivious of the thunderous atmosphere. He chatted cheerfully about various matters, and then, quite suddenly, and apropos of nothing that had been said, he poked Mr. Abbott in the ribs and inquired slylyâ“What about another John Smithâeh? Is there another John Smith coming along soon?”

“Oh come now, that's bad. That won't do at all,” Spicer complained, “you must stir up your wife. You mustn't let her slack off like this. We can do with another bestseller like
Disturber
of
the
Peace;
it went like hotcakesâyou know that yourselfâand
The
Pen
Is
Mightierâ
is doing splendidly. I ordered the sixth edition today. We must have another book by John Smithâthe time is ripeâyou tell her to get to work on another of the same ilk.”

Mr. Spicer rushed upon his fate. “I'll tell you what to do,” he said cheerfully, “buy her a new penâa nice fat oneâand a big sheaf of nice white paper, and see what that does. If
that
doesn't do the trickâ”

“You mind your own business,” snapped Mr. Abbott, “you leave my wife alone. There aren't going to be anymore John Smiths. My wife isn't going to write anymoreâwhy should she?”

“But, land-sakes!” cried Spicer, in surprise and consternation, “John Smith is a bestseller. Surely you're not going to stop her writing. Think of the
waste
,” cried Spicer, almost wringing his hands, “think of the waste. Here are two books, the funniestâbar noneâI've ever readâ
real
satireâ
and you say there aren't going to be anymore. She
must
go on writingâshe's got a public. She's a geniusâand you marry her, and shut her up in your kitchen, and tell her to get on with the cooking.”

This last was a joke, of course, but Mr. Abbott was in no mood for jokes. He beat on the table with his clenched fist.

“My God!” said Mr. Spicer reverently. He got down off the table and went away.

Mr. Abbott mopped his browâthis is ghastly, he thought, this is ghastly. I never felt like this beforeânever. What on earth's the matter with me? It's all these damned dinners, and late nights. I'm too old to stand the racket. (Too old at forty-threeâit was a sad thought, a frightful thought, really. It didn't comfort Mr. Abbott at all.)