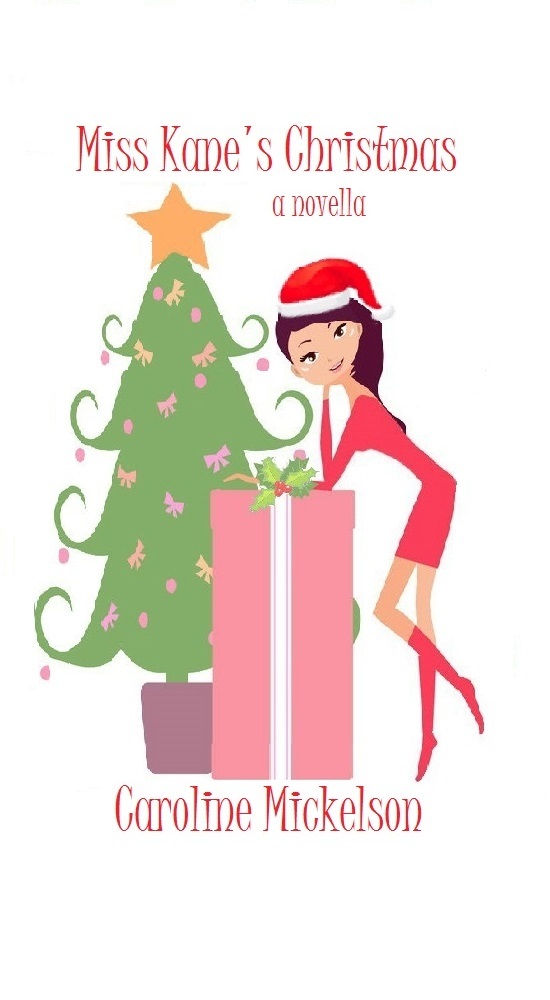 Published by Bon Accord Press

This ebook is licensed for your personal enjoyment only. This ebook may not be re-sold or given away to other people. If you would like to share this book with another person, please purchase an additional copy for each person you share it with. If you are reading this book and did not purchase it, or it was not purchased for your use only, then you should return to Smashwords.com and purchase your own copy. Thank you for respecting the author's work. 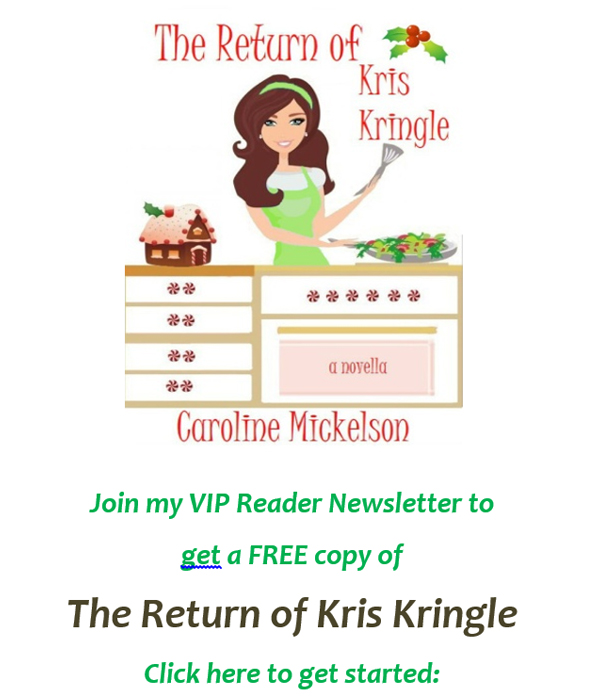 Dedicated with much love
to my mother Annette
who once took a coffee pot,
yellow yarn, plastic holly leaves,
and turned them into a magical Christmas
for her children ~
Thank you!

“I cannot believe you’ve banished me from the North Pole.” Carol Claus glanced across the sleigh at her father. “What have I done?”

“Don’t be so melodramatic, my dear.” Santa smiled at his daughter. He hopped down from the driver’s seat and motioned for Carol to join him. When she did, he put his arm around her shoulders and gave her an affectionate hug. He gestured across the moonlit neighborhood of Indian Village. “This is a beautiful place for you to spend your first Christmas away from home.”

Carol looked down on the snow covered street. Each two story home in the cul-de-sac was bedecked with strings of colored lights, nativity scenes, plastic gift wrapped lawn ornaments, and pine wreaths on the front doors. The seventh home just under their feet was the exception to the neighborhood’s festive spirit. A white clapboard colonial with black shutters, it gave no indication that its owners knew Christmas was only three days away.

She fixed a pleading expression on her father but, while his blue eyes sparkled with his love for her, he showed no sign of going back on his decision that she spend her first Christmas with a family of his choosing. It was a Claus family tradition, and Carol, as the youngest child, was over-due for her turn. Still, she made one last ditch effort to change his mind. “You’ve said yourself that no one excels at elf management like I do.”

“True, I said it and I meant it. But your absence will give your brother Nicholas a chance to work more closely with the elves. Besides, you deserve some fun this year. You work too hard.”

“I love every moment of it.” Carol tucked a strand of her dark hair behind her ear. She shared her father’s blue eyes and his love of Christmas. “I’ll miss you, Daddy.”

“I’ll miss you too, my girl. I know this won’t be easy, Carol, but it’s necessary.” He dug into the pocket of his red down jacket and pulled out a sheet of folded paper. “Read this.”

She reached out for the paper. “What is it?”

Carol unfolded the slightly crumpled sheet of lined paper and instantly recognized that it had been written by a child. Fortunately the moon was bright enough to allow her to easily read the words that had been neatly printed in crayon.

My Daddy doesn’t know I’m writing to you. He would say I can’t write a letter to someone who doesn’t even exist but I know you are real. My Mom told me so before she died. My little brother Patrick doesn’t remember her saying that but that’s only because she was gone before he was even in preschool. I’m not writing to ask for anything for Patrick or me. But Santa, can you please bring my Daddy some happiness? I know the elves can’t wrap it, and it’s nothing you can bring down the chimney but he needs help. I don’t know who else to ask. I know you’ll think of something Santa.

p.s. Patrick likes to play with cars and my favorite color is pink

Carol finished reading the letter, refolded it and handed it back to her father. “I take it we’re at Hillary and Patrick’s house?”

Santa nodded. “And not a moment too soon, my dear. There are three very sad people living here. I can’t bear for them to suffer through one more miserable holiday.”

“You’re so kind hearted, Daddy.” Carol knew she was beat. She couldn’t say no to her father, not when little Hillary was counting on Santa Claus, and Santa Claus was counting on her. “There’s more to it than you’re telling me, isn’t there?”

Her father nodded. “Quite a bit more.”

“Tell me what’s going on then. I’d rather know going in what I’m up against.” Carol stomped her feet to keep some feeling in them. “Is this about the children’s mother?”

“No. The children were too young to know that their mother had all but left their father just before she was diagnosed with cancer. She’d already rented a townhome and had packed up most of her things but then she found out she was ill. Her husband insisted she move into the guest room to recover.”

“Except that she didn’t,” Carol guessed. “Recover, I mean.”

“She was going to leave the children with their father?” she asked for clarification. “There was no custody fight?”

“No. She made it clear she was not willing to be a full-time parent.”

“So this Ben Hanson is broken hearted over his wife’s plan to leave him and her death, and his grief is spilling over onto the children?”

“No, that’s not it. Of course, there’s been some sadness to work through but the family seems to be doing remarkably well in most ways.”

“Where do I fit in? I don’t understand what you want me to do, Daddy.”

“Ben Hanson has issues with Christmas.”

Santa blew out a long sigh, his breath quickly turning into a puff of smokey air. “He’s a sports writer by trade but he’s working on a book that has me worried.” He shook his head wearily. “He’s writing it with such conviction that I’m afraid it’s going to take hold in more than a few parents minds.”

Carol eyed her father thoughtfully. She’d never seen him upset by a single cynic before. “What’s the title of his book?”

“Beyond Bah Humbug: Why Lying to Your Child about Santa is a Bad Idea.”

At least it was clear what she was doing here now. “You want me to get his manuscript and destroy it, is that my mission?”

Santa Claus frowned. “Of course not, we’re not going to save Christmas by resorting to petty theft and destruction of another person’s property. Besides, he’s bound to have it saved to an external hard drive.”

“I want you to be yourself.” Santa’s face lit up. “Just be yourself, Carol. You’ve always held the true Christmas spirit in your heart, now go and share that joy with the Hanson family. You see, I think we should not only help Mr. Hanson learn to love Christmas, I think we should turn him into one of our ambassadors. Brilliant idea, if I do say so myself.”

Brilliant wasn’t the word Carol would have used. Her father, every jolly ounce of him, was an eternal optimist. Christmas ambassadors were adults who believed in the story of Santa and the magic of Christmas. According to her father, these ambassadors were essential to keeping the tradition of Santa Claus alive.

Carol quickly did the mental math. Her father wanted her to take this Ben Hanson from humbug to ho ho ho in just a few days?

“The children of the world are counting on us, Carol. We cannot let them down.”

Carol didn’t hold out much hope for her success but she knew she had to try. Her father was counting on her and she wouldn’t, couldn’t, let him down. Every child mattered to Santa. That was one of the things she loved most about her father. “I’ll miss you.”

“I’ll miss you too, my girl.” Santa held out his arms and Carol gave him a farewell hug before he hopped back into the sleigh. He picked up the reins. “Call me any time you need me.”

Carol nodded but she knew she wouldn’t do so unless it was an emergency. The next few days were a whirlwind of non-stop activity at the North Pole. She didn’t doubt that her father, or her mother and brother for that matter, would be there for her. But she needed to handle this on her own. Just how, she had no clue.

“Any special instructions?” she asked hopefully.

Santa thought for a moment. “Just one thought, try not to absorb the Hanson’s sadness. Let them soak up your joy instead. Now, I must dash.” He blew her a kiss. “Merry Christmas, my girl.”

“Wait, Dad,” Carol called just as he snapped the reins. “Can you at least get me off the roof?”

“Sorry, dear.” Santa quickly tapped his finger to his nose and Carol was transported to the Hanson’s front door. She looked up into the clear night sky and waved a forlorn goodbye to the rapidly disappearing sleigh. Merry Christmas indeed.

She lifted her suitcase and rang the front doorbell.

The chiming of the front door bell awoke Ben Hanson from a fitful sleep. He lay in bed wondering if he’d imagined the sound. No, there it was again. He threw back the covers, grabbed his worn terry robe and slipped into it. He stuffed his feet into slippers that were just as worn and shuffled over to the window. He peered down onto the moonlit yard but couldn’t see a car out front. He did hear someone knocking on the door.

Ben ran a hand through his tousled hair and grabbed his wire rimmed glasses from the bed side table. He checked in on his son and daughter but they were sleeping. He ran lightly down the stairs and flicked on the porch light. Keeping the chain in place, he opened the door just wide enough that he could peek out.

A young woman in a cherry red wool coat stood on the doorstep. Although she wore a knit beret it didn’t cover either her dark brown bobbed hair or shadow her face. A face that was looking quite alert and enthusiastic considering it was two o’clock in the morning.

Campaign For Seduction by Ann Christopher
Letters to Penthouse XII by Penthouse International
Side Chic by West, La'Tonya
The Perfect Crime by Les Edgerton
When Zachary Beaver Came to Town by Kimberly Willis Holt
Such a Rush by Jennifer Echols
The Kindest Thing by Cath Staincliffe
Sara by Greg Herren
Savage Silence: A Dire Wolves Mission (The Devil's Dires Book 4) by Ellis Leigh
Aftermath by D. J. Molles
Our partner