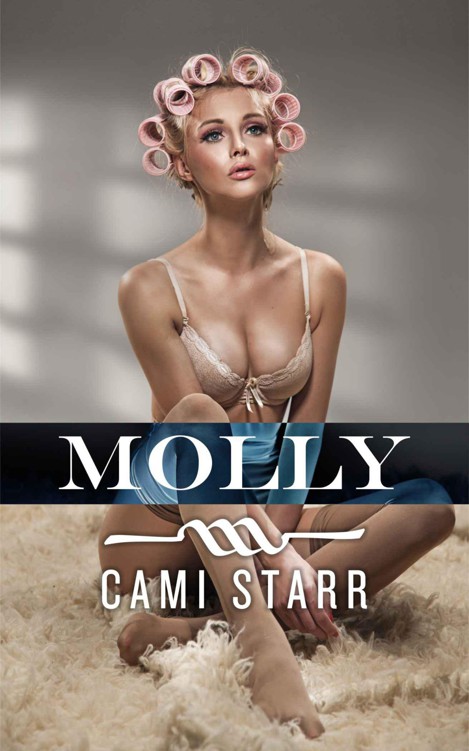 Molly McDonald folded her the blue jeans and placed
them on the stack of clothes she'd put aside for her eighteen-year-old son.
Richard was in his last year of high school and would be home from his job at
the local ice cream parlor in a few minutes. She finished folding the clothes
she had washed and went into the kitchen to start dinner. Before she had
decided what to prepare, Richard walked in the door and kissed her on the
cheek.

"Hello dear. How was work?"

"We were busy tonight. But I have to run. I'm
meeting Ben at nine."

"You don't want to eat before you go?" she
yelled down the hall as Richard ran to his bedroom to change clothes. A few
minutes later he returned to the kitchen and opened the fridge. He pulled out
an apple and took a bite.

"No time for dinner, Mom. I'll grab a burger at
the Fast Meal Barn."

Molly was disappointed. She had held off on making
dinner so she could eat with Richard. But he was now grown up, so she
understood his need to run out the door and be with his friends. It didn't help
her disappointment, however.

"I guess I'll just order a pizza then,"
she said. As Richard was about to run out the door she said, "Take your
clothes to your bedroom, please. They're on the sofa."

"Yes, now. I washed and folded them. The least
you can do is put them away."

Richard turned and looked at his mom. He felt a
little guilty. Since his parents finalized their divorce she had been lonely
and wanted to spend as much time with him as she could, but he was always
running with his friends.

He raced to the living room and grabbed his stack of
clothes, then ran them down the hall to his bedroom. When he returned to the
kitchen Molly was looking up the pizza delivery service on her laptop, which
she often kept on the counter beside the stove.

Richard stopped and caught her attention.

"Why don't we do lunch tomorrow?" he
asked.

They often had lunch together on Saturdays since
Richard usually slept most of the morning and went out at night. He told her he'd
buy. She agreed. Then he kissed her on the cheek and walked out the door,
closing it shut behind him.

The next day, Molly sat at a table in the corner of
their favor Tex-Mex restaurant, La Hacienda. Richard was ten minutes late. When
he walked in he was with a friend. Molly waved from her table and the boys
walked over, each taking a seat.

"I hope you don't me bringing along Manny,"
Richard apologized.

"You didn't call me last night," his mom
shot back.

"I know. I'm sorry. Manny's mom said I could
crash on their sofa. We didn't get in until two in the morning and I figured it
too late to call you then."

Molly took a break and held her hand out for Manny
to shake.

“Manuel,” her son’s friend replied.  He took Molly's
hand in his and squeezed.

He had strong hands, which sent a tingle up Molly's
spine. She was immediately attracted to Manuel even though he was half her age.
He was tall and dark haired with a broad shoulder. Molly got a glimpse of his
pecs through his muscle shirt and was impressed at how toned they were. She
concluded he must do a lot of heavy lifting.

"You spend a lot of time in the gym?" she
asked.

Manuel's dark brown eyes bored a hole through hers
and he smiled.

"Manuel plays on the baseball team. He's one of
the school's all-star athletes. He'll probably get a scholarship."

Molly didn't bother hiding how impressed she was.

"Any idea where you'll be going to
school?"

"I have a couple of prospects, but I'm not
mentioning names until I get accepted."

"That's very wise of you," Molly said, not
taking her eyes off him.

Richard seemed oblivious to the fact that his own
mother was flirting with his friend. When the waitress arrived, she took their
drink orders and scampered away. The boys made a comment about how cute she
was. Molly overlooked it and turned back to Richard.

"So where did you go last night?"

"Is that place still around? They were popular
when I was your age."

"Yeah, it's improved a lot," Manuel said.
"My mom told me all about how it looked twenty years ago. It looks a lot
snazzier today."

Molly glanced at Manuel as Richard studied the menu.
Manuel made eye contact surreptitiously through the corner of his eye. He was
as attracted to Molly as she was to him, but he was careful not to let on to
Richard that he was digging his mom.

"Oh," Manuel turned his head toward
Richard. "Coming to my party next Saturday?"

"Oh I forgot. His eighteenth birthday. He
invited me and I forgot to tell you."

"Eighteen? So you're going to be a voter,"
Molly exclaimed, suddenly feeling a little bit self-conscious.

"Yeah, I guess I am," Manuel laughed.

Molly put her hand on Richard's arm. "You can
absolutely go to his party. In fact, I insist that you do, and I'll even chip
in for the birthday present."

"Nonsense! And cut out that
Mrs.
business. You can call me Molly."

Richard suddenly took notice that his mother was
blushing.

"Okay, Molly. You're welcome to attend the
party as well. My folks are inviting their friends and there will be some adult
beverages. Drop by if you want. It starts at seven."

"I'll keep that in mind. Thanks for the
invite."

After dinner, Manuel and Richard for their afternoon
of guy time. Molly went shopping. She thought about Manuel all week. She tried
to think of a reason she had to attend his party without Richard knowing she
had the hots for his friend.

On Thursday she purchased Manuel a nice birthday
gift with a card, writing on it "from Richard and Molly."

"I hope you don't mind," she said, hoping
Richard wouldn't get upset that she bought a gift from both of them.

"Well, I was going to get him a gift. I just
hadn't gone shopping yet."

"Don't mention it,” she replied. “Say, would it
be okay if I tagged along. I'd like to see the look on his face."

Richard shrugged his shoulders. "Sure, I guess
so."

"We'll go in separate cars. That way, I can
leave early and you can stay as long as you want."

When Saturday came, Molly dressed up nice, but not
too formal. She wanted to look pretty for Manuel without letting on to Richard that
she was getting all dressed up to impress his best friend.

She put on an old dress that she still liked and
that didn't look overly worn along with a pair of nice shoes and some nylons.
She applied just enough make up to look good without appearing trashy or
desperate.

Richard had gone ahead of her, arriving at quarter
after seven. Molly walked out the door at quarter of eight and showed up at
Manuel's house where he lived with his parents at five after. Manuel's mom answered
the door.

"Not really. Richard told me what you'd be
driving. We're so glad to have you. We were just about to cut the cake."

"Oh, goodie. Has he opened the gifts yet?"

"No, that will come after the cake."

"Great. I wanted to see him open the
gifts."

Molly stepped in and watched as Manuel blew out the
candles then cut the cake. He gave his mother the first piece, then Molly the
next. After that, his father took over and started handing out cake, giving
Manuel the next piece.

"Would you like a drink, Molly?" Manuel's
mom, Angie, asked.

Manuel put his cake down and went to the wet bar. He
poured Molly a red wine and delivered it. She managed to brush her hand against
his as the wine glass exchanged hands.

Later in the evening, after Manuel opened his gifts,
his mom and dad decided to open the pool. Manuel and Richard were the first to
jump in. Other guests slowly waded in while Molly sat on the side of the pool
and watched. Manuel caught her attention at one point and asked if she'd like
to join the rest of the party in the pool.

"Thank you," she said apologetically.
"I didn't bring a swimsuit."

"You can borrow one of mine," Angie offered.
"You look about my size."

Molly tried to refuse, but the guests, including
Richard, managed to guilt her into it. Everyone was having a great time and
just about all the guests were beginning to feel good under the influence of
the alcohol.

"Come on. I'll pick you something out."

Angie took Molly's hand and led her into the house,
through the living room, and to a room near the back of the house. Molly
thought it must have been a guest room as it hardly lived in at all, though it
had a bed and a dresser, which was full of clothes. They entered the bedroom,
where Angie filtered through some swimsuits in the top drawer of the dresser
and handed one to Molly. Then she pointed to a bathroom down the hall and said,
"You can change in there. Come on out when you're ready."

Molly went into the bathroom as Angie returned to
the pool. When Manuel saw his mother at the pool, he snuck away without Richard
or anyone else noticing. He bumped into Molly in the hall as she was exiting
the bathroom.

"Oh, perfect timing," he joked.
"Right where I was headed. By the way, thanks for the awesome gift."

"You're welcome," Molly said, ensuring her
boobs were set right in her bikini top. "I thought you might like
that."

"I love it. How did you know the Orioles were
my favorite team?"

"A little bird told me," Molly giggled,
shaking her shoulders so that her breasts wiggled.

Manuel backed her up against the hallway wall and leaned
over her with his hand on the wall. He was a good six inches taller than Molly
and towered over her like a statue. His chest, still wet with the water from
the pool, pressed against her breasts gently as he put his lips against her
ear.

"Would that little bird's name be
Richard?"

Giggling, Molly said, "Maybe." Then she poked
Manuel in the chest with her finger and gently pushed him away, backing him up
against the opposite wall. When his back hit the wall, she flattened her palm
against his chest and slid it across his nipple. "You, sir, need to behave
yourself."

"Whassamatter, Molly? You don't like young men
wet with desire?"

By now it was clear to both of them they had a
mutual interest. There was no use pretending. Molly wanted to jump Manuel right
there in the hall, but she knew the risk was too great. She didn't want Richard
or Manuel's parents to walk in on them. She gave Manuel a playful slap on the
arm and said, "Don't be silly, young man. You're not that wet. Besides,"
she stepped forward, placing her breasts against his chest, pushing them hard
against him just below his pecs. She had to tiptoe to whisper in his ear and
said, "there's a time and a place for every purpose."

When she stepped back, she reached for her bikini
top again and wiggled it back into place. It wasn't really out of place, but
she enjoyed pretending that it was - for Manuel's benefit.

"Does it look like fits right to you?" she
asked.