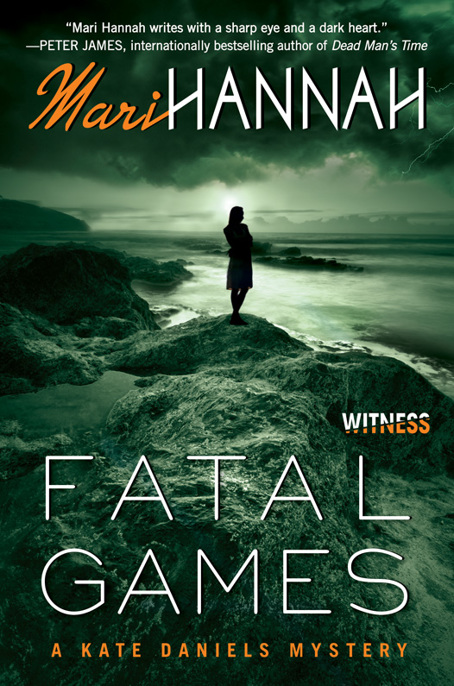 For my very special sons

T
HE UNRELENTING DIN
beyond his cell door dropped out. It was as if someone had pressed a pause button inside his head. With the signal lost there was silence from within – no yelling, foot traffic, steel doors slamming, keys turning or locks driven home. Those noises were drowned out by the sound of a motorcycle throttling down, changing gear. There was no mistake. He’d heard it many times before. He’d been waiting, praying, to hear it again. If he was any judge, it was around a mile away, heading towards him like a bullet.

She was coming back to him
.

Walter Fearon closed his eyes as the flashback began. In his mind’s eye he imagined her as he’d last seen her, sobbing as she left the wing. No furtive glance in his direction. No lover’s kiss goodbye.

He’d been on his knees scrubbing the floor as she approached the exit gate, close enough to reach out and touch her bare legs as she hurried off escorted by one of the screws. The scrawny git had his arm around her too.

Bad news had taken her away, according to his source. The prison grapevine was all well and good but the gen it provided was sketchy. Unreliable. He sucked in a breath, smiling. Good thing he had alternatives.

He had to admit her sudden departure had shaken him up. As the weeks dragged into months, panic had set in. He’d feared she might never return. His heart hammered inside his chest and his hands shook now he knew that not to be the case. He craved her smell. Ached to be close to her. To engage her in a conversation – of his choosing, of course – he was good at the stuff she called manipulation.

Relaxing back on his bunk, he calculated the length of time it would take her to pass through security. He had it down to a fine art. He’d be at the window when she appeared on his side of the perimeter fence. He’d drink her in as she walked across the prison grounds, every step and movement – a couple of hundred metres of poetry in motion. It was time to execute his plan, something spectacular to regain the chick’s attention.

The razor should do it
.

W
HAT THE HELL
were they staring at?

Hadn’t they ever seen a widow before?

Through her dark visor, Emily McCann could feel the weight of a dozen pairs of eyes following her as she skirted the packed car park looking for a vacant space. Keeping her revs steady, applying gentle pressure to her right handlebar, she completed a perfect U-turn manoeuvre, recalling little of the five-mile journey along narrow lanes from home, an isolated cottage in the Northumbrian countryside.

Her mind was on Robert and, to a lesser extent, on her only child. Rachel had begged her to stay home for one more week. But Emily knew that one would’ve stretched to two – two to three – and so on. A further postponement was in no one’s best interests. Let alone hers. She wanted, needed to immerse herself in work.

Stopping short of the gatehouse, she cut the engine and removed her gloves. Pocketing the key, she sat for a moment before pulling
her bike on to its stand. Dismounting the machine on shaky legs, she took a deep breath, trying to calm the butterflies in her stomach. A sign on the wall welcomed her back to HMP Northumberland, a Category B prison, the most northerly in England, home to almost a thousand men.

She couldn’t cope with sympathy.

Hesitating then, she was in two minds whether to enter the establishment or climb back on her bike and ride away. That wasn’t really an option. Now more than any time in her life she needed to work – if not for herself, then for Rachel. That thought urged her on, lingered in her head as she approached the gatehouse with a sense of dread, the thick metal chain firmly fastened around her waist feeling heavier than it ever had with each step forward.

Once through the reinforced security gate, Emily removed a numbered tally from the end of the chain, placed it in a chute in the wall and heard it slide into the well beneath. On the other side of a thick glass screen, an officer traded it for a bunch of keys. He smiled politely and went back to his newspaper without a word being exchanged between them.

Attaching her keys to the empty chain, Emily walked away feeling much like she had on her first day at the prison four long years ago: apprehensive, the subject of others’ curiosity, a stranger in an unknown world.

Was the officer in the gatehouse new?

Emily assumed so. She didn’t think she’d seen him before. Or, if she had, she couldn’t recall the encounter. Just as well. She didn’t feel like small talk. Maybe he was too embarrassed to welcome her back for fear she’d lose it in front of everyone. Even people she
knew well had dodged her in the street in recent months, darting into shop doorways to avoid a face-to-face encounter, making her feel like a leper when she needed them most.

T
HE MAJORITY OF
prisons are grim. Emily hadn’t noticed how grim until today. Today, the cold steel keys felt strange in her hand as she unlocked the gate to B-wing and took her first tentative steps towards some form of normality. Today she was seeing things in sharp focus, as if doing so for the very first time. Today, as she made her way past officers and inmates going about their business, things were different.

When the commiserations were finally over and prison staff had returned to their duties, she shut her office door hoping they’d leave her be. Her desk was exactly as she’d left it on that fateful day: her blue cardigan slung over the back of her chair; the file she’d been reading still open at the same page; the fountain pen Robert had bought her abandoned without its top; a half-empty bottle of water.

Dark Secrets by Michael Hjorth
Storm Front: A Derrick Storm Thriller by Richard Castle
Hardened by Ashe Barker
The Secret Art of Forgiveness by Louisa George
Mother Daughter Me by Katie Hafner
Loss by Tony Black
Silk Stalkings: Episode 1 by Cate Troyer
The Day She Died by Catriona McPherson
Bathory's Secret: When All The Time In The World Is Not Enough (Affliction Vampires Book 1) by Romina Nicolaides
Just an Ordinary Day: The Uncollected Stories of Shirley Jackson by Shirley Jackson
Our partner