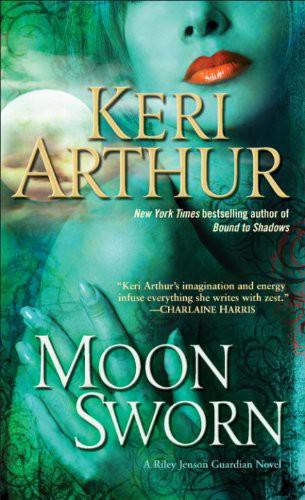 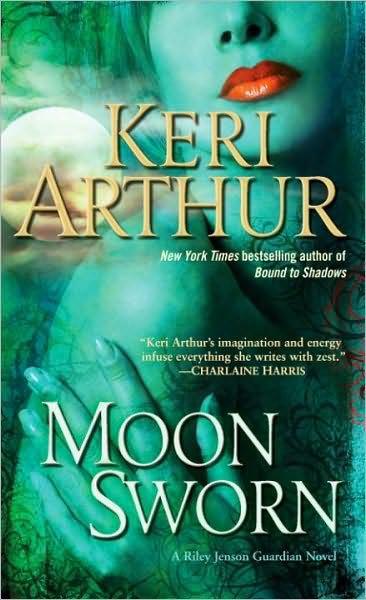 THE MYTH AND MAGIC SERIES

I’d like to thank everyone at Bantam who helped produce this book—especially my editor, Anne; her assistant, David; all the line and copy editors who make sense of my Aussie English; and finally the cover artist, Juliana Kolesova.

I’d also like to add a special thanks to my lovely agent, Miriam, and to my mates—Robyn, Mel, Chris, Freya, and Carolyn. Thanks for listening to my whinges and for providing good advice when I need it.

Read on for a special preview …

H
ow do you say good-bye to a friend?

How do you say sorry I wasn’t there for you, that I wasn’t strong enough, that I should have shot the bastard when I first had the chance? How can you say those things when he’s no longer around to hear the words?

And how can you get over the grief when his body is little more than memories on the wind and his soul long gone from this life?

So I just stood there on the edge of the precipice, surrounded by the dark beauty of the Grampian Mountains and buffeted by a wind that seemed to echo with wild hoofbeats.

These weren’t the mountains Kade had been born in, but they were the ones that he had chosen in death. His ashes had been scattered here three months ago, the funeral attended by his mares, his children, and his coworkers from the Directorate.

By everyone except me.

I’d been caught in a battle of my own, hovering between this world and the next, torn between the desire to die and the reluctance to simply give up.

In the end I’d chosen life over death, but it wasn’t my twin who’d pulled me from the brink, nor was it the vampire who held my heart. My savior had come in the form of a blond-haired little girl with bright violet eyes that saw too much.

But there’d been no savior for Kade.

There should have been, but I’d failed him.

I closed my eyes and flung my arms wide, letting the wind rock my body. Part of me was tempted to just let go, to fall forward into the chasm that stretched out below me. To smash my body on the rocks and let my spirit roam across this vast wildness. To be free, as my friend was now free.

Because with Kade dead, my soul mate—Kye—dead, and most of my dreams little more than ashes, death still sometimes seemed like a mighty enticing option.

But there were people in my life who deserved better. And Kade would certainly want more from me than that.

Tears tracked down my cheeks. I breathed deep, drawing in the freshness of the early-morning air, tasting the flavors within it and half searching for the one scent that would never, ever, be there again.

He was gone forever. I could accept that. But I could never escape the guilt of it.

I bent and picked up the bottle of wine I’d brought with me. It was a Brown Brothers Riesling—one of his favorites, not mine. After popping the cork, I took a drink, then raised the bottle to the dawn skies, the tears pouring down my face.

“May I one day earn your forgiveness, my friend.” My voice was barely audible, but it seemed to echo across the mountains. “And may you find peace, happiness, and many willing mares in the fertile meadows of afterlife.”

With that, I poured out the wine, letting it stream away on the wind. When the bottle was empty, I tossed it over the edge, watching it fall until the shadows claimed it. I never heard it smash against the rocks. Perhaps the ghostly fingers of a bay-colored man caught it long before it could.

I took another deep, shuddering breath, then swiped at the tears on my cheeks and added, “Good-bye, Kade. I hope we can meet again on the other side. And I hope I’m a smarter friend then than I am now.”

The sun chose that moment to break over the top of the mountains, streaming golden fingers of light across the shadows and almost instantly warming the chill from the air and my skin.

If it was a sign from Kade, then it was appreciated.

I dried the last of my tears, blew a kiss to the sunrise, then turned and walked back down the path to my car. My phone—which I’d left sitting on the front seat along with my handbag—was flashing. Which meant there’d been a call for me while I was up at the cliff edge.

I dropped into the driver’s seat and reached for the phone, then hesitated. I knew without looking that the call would be from Jack. He excelled at that sort of timing—always catching me when I least expected or wanted it. Besides, everyone else in my life knew that I was up here saying my good-byes, and they wouldn’t have interrupted me for anything less than a disaster. And if it
was
a disaster, there were better ways to contact me than using a phone. Hell, Quinn could have just found me telepathically. The link between us had grown a lot stronger since Kye’s death.

The thought of him had my stomach twisting. I closed my eyes and pushed away the guilt and the anger and the pain that always rose at the mere flicker of memory. I’d killed my soul mate. Willingly. And now I had to live with the consequences.

Even if part of me still just wanted to curl up and die.

I glanced down at the phone again. It was tempting to ignore Jack’s call, but I couldn’t. I’d chosen to live—and whether I liked it or not, the Directorate was a part of my life.

I flicked a switch on the phone and brought up the call data. It was definitely Jack. I’d told him two days ago that I was ready to go back to work, but now that the time was here, I wasn’t so sure.

Truth be told, I didn’t
want
to pick up a gun again. I didn’t want to have to shoot anybody again—especially after what had happened with Kade and Kye. I feared the hesitation that had led to Kade’s death. But most of all, I feared that I
wouldn’t
hesitate. That I’d become the unthinking killer that Jack wanted me to be, simply because of the fear that I’d lose someone else if I didn’t.

I’d spent a long time fighting Jack’s desire to make me a guardian. When I’d finally become one, the fight had twisted, becoming a battle against his plans and my own nature. I didn’t
want
to be the killer my brother was. As much as I loved him—as much as I didn’t want to live without him—Rhoan’s occasional ruthlessness scared the hell out of me.

Kade had once said that everyone hesitates, but he’d been wrong. My brother never did, and neither did the other guardians. Just me.

And that hesitation had cost me Kade.

I felt trapped, caged between the boulders of fate, my own nature, and fear. As much as I wanted to walk away from the Directorate, I couldn’t. The drug given to me so long ago was still running rampant in my bloodstream, and the changes to my body were continuing. The scientists monitoring me were
almost
positive that, unlike the other recipients of the drug, I wouldn’t gain the ability to take on multiple shifter forms—meaning I was stuck with the alternate shape of a goddamn seagull—but my clairvoyant skills were still growing, still changing. No one was sure where it would stop, and until it all settled down, I was stuck with the choice of the Directorate or the military.

And it was always better to stick to the devil you knew.

I drew in a shuddering breath, then hit the phone’s call button. Jack answered second ring.

“Yeah, I did.” He hesitated. “Are you okay? You still sound tired.”

“I’m fine.” But I rubbed a hand across my eyes and half wished that I’d lied. He’d given me the perfect out, and we both knew it. But I really
did
have to get on with my life—even the bits of it I was no longer so sure about.

“We’ve got what looks like a ritual killing. If you’re feeling up to it, I’d like you to go over there and see if there’s a soul hanging about.”

“Sure. Send me the address and I’ll head straight there.” I hesitated. “It’ll take me at least an hour, though. I’m up at the Grampians.”

He didn’t ask me why. He knew it was Kade’s final resting place, and he also knew I’d missed his funeral.

“That’s fine. Cole and his men are only just heading to the scene themselves. I’ll send the report and the address to your onboard.”

He grunted and hung up. I threw the phone on the passenger seat, then started the car and swung out of the parking lot. The computer beeped as I turned onto the Grampians Road and headed for the Western Highway. I pressed the screen, getting the address and transferring it across to the nav computer. I didn’t bother looking at the report—I preferred getting my impressions from Cole and my own observations. I’d read it later, once I’d seen the crime scene for myself.

The body had been discovered in Melton, a suburb on the very outskirts of Melbourne. It had a reputation for being a rough area, but as I drove through the streets heading for Navan Park, it looked no worse than any other suburb. But maybe this section of Melton was the so-called better area. Every suburb had them.

I drove along Coburns Road until I saw the Directorate van parked at the side. I stopped behind it but didn’t immediately get out.

Because my hands were shaking.

I took a deep, calming breath, shoved aside the insane desire to drive away, and opened the door, climbing out. Dawn had given way to a crisp, cool morning, but the sky was almost cloudless and the promise of warmth rode the air, caressing my skin.

The scent of blood was also rich in the air.

I locked the car and made my way through the park gates, following the path up the slight incline until the blood smell pulled me onto the grass and toward the group of gum trees that dominated the skyline. The grass crunched under my feet, evidence of how little rain we’d had of late, and the sound carried across the silence.

A figure appeared on the hilltop above and gave me a brief wave before disappearing again. The sharp glint of silvery hair told me it was Cole, and while I might not have missed coming to bloody crime scenes, I
had
missed Cole and his men.

Cast a Road Before Me by Brandilyn Collins
A Beautiful Bowl of Soup by Paulette Mitchell
Bound by Ink (A Living Ink Novel) by Marcella Burnard
Revenge by Joanne Clancy
A Handbook to Luck by Cristina Garcia
Happy Endings by Rhondeau, Chantel
1 The Dream Rider by Ernest Dempsey
COME WHEN CALLED #6, The Punishment (Billionaire & Biker MMF Menage Romance Serial) by Piper Trace
Howard Haskell Takes A Bride (The Brides of Paradise Ranch Book 0) by Merry Farmer
Mistress of Greyladies by Anna Jacobs
Our partner