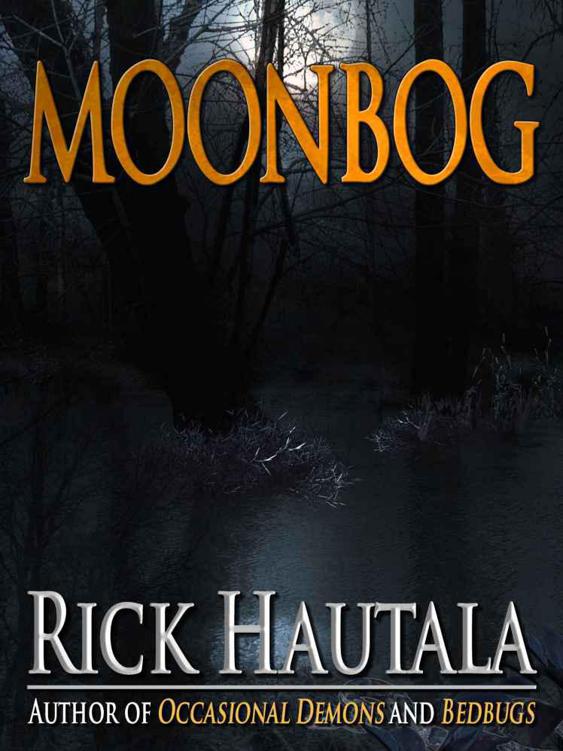 Copyright
20
13
/ The Estate of Rick Hautala

If you’re reading this book and did not purchase it, or it was not purchased for your use only, then you should return to the vendor of your choice and purchase your own copy.

U
nder his own name, Rick Hautala has written close to thirty novels, including the million-copy best seller
Nightstone
, as well as
Winter Wake
,
The Mountain King
, and
Little Brothers
. He has published two short story collections:
Bedbugs
and
Occasional Demons
. He has had over sixty short stories published in a variety of national and international anthologies and magazines.

Writing as A. J. Matthews, his novels include the bestsellers
The White Room
,
Looking Glass
,
Follow
,
and
Unbroken
.

Born and raised in Rockport, Massachusetts, Rick is a graduate of the University of Maine in Orono with a Master of Arts in English Literature. He lives in southern Maine with author Holly Newstein.

In 2012, he was awarded the
Lifetime Achievement Award
from the Horror Writers’ Association.

The Body of Evidence Series
(co-written with Christopher Golden)

Visit our
DIGITAL
and
AUDIO
book blogs for updates and news.

Join our group at
Goodreads
.

A Preview of UNTCIGAHUNK: THE COMPLETE LITTLE BROTHERS

A Preview of OCCASIONAL DEMONS

A Preview of BEDBUGS

“The Beast at the Ending of the Woods”

“Good things of day begin to droop and drowse, Whiles night’s black agents to their preys do rouse.”

Born in Portland, she was the only daughter of Edwin and Ida Mulcahy, and was the wife of Stewart R. Logan.

She was an active member of St. Ignatius Church, taking part in many of the church’s charitable activities.

Survivors include her husband and one son, David, 5.

Police and volunteers are still searching for her body. Prayers will be said at 9 A.M. Sunday at St. Ignatius.

“I
t’s gonna’ be dark soon,” Kenny called out to his friend, Susie. A worried wrinkle creased his forehead as he looked at the surrounding woods. “Come on. It’s gonna be dark soon. We oughtta’ get going!” He held his hands cupped to his mouth and bounced on his sneakered toes. What had, moments before, been Sherwood Forest now darkened with threatening shadows. Evening seeped like an inkstain into the woods around Holland Bog.

“Susie!” he yelled. “If you think this is funny. . . . He let his voice trail off in a nervous quaver and, through the sounds of spring peepers, tried to hear Susie’s response. Nothing . . . nothing but the rising swell of spring frogs singing in the murky water. The afternoon was warm, but a shiver ran along Kenny’s shoulders. His nostrils widened with fear, taking in the thick, decayed aroma of the Bog.

No answer except for the sharp call of a thrush. “Susie. Com’on!”

Kenny started along the trail that ran along the edge of the Bog. He knew better than to walk onto the spongy green moss of the dead lake. He had had enough warnings about how deceptive the ground could be; what would look solid enough to bear the weight of even a twelve-year-old boy could suddenly give way and plunge him neck deep—or deeper—into thick, fetid water.

Kenny took a deep breath to relieve his twisting nerves and edged along the trail, now growing dimmer in the fading light. All the threats and fears he had about the Bog gathered like a thunder storm on the horizon, threatening to crash over him as he searched for his friend.

“We never should’ve come out here,” he whispered to himself as he glanced nervously about. He vowed never to play near the Bog again, but for now, he had to be brave . . . just a little longer . . . until he found Susie and they got out of the woods.

The ground was soggy underfoot, making soft, squishy sounds that suggested ideas Kenny tried to push away. The trees and bushes along the path lost their definition in the darkening, and they began to take shapes that made Kenny’s voice ragged and burning in his throat.

“What do you want?” a gravelly voice suddenly beside him shouted. Kenny screamed with shock as the bushes lining the path shook violently.

Kenny started to back away, his eyes widened with fright. He suddenly lost the ability to. swallow, and he felt a pressure threatening to burst his bladder.

“I’m the ghost of the Bog, and I’ve come to get
you
!” the voice rasped. But this time Kenny recognized, or hoped he recognized, Susie’s voice.

“Hey!” he said, taking a small step forward. “Come on. Not funny.” He was biting his lower lip as he kept his gaze fixed on the shadowed hump of the bush where the voice issued.

Suddenly Susie’s laughter rang out, cutting through the rising sounds of the spring peepers. “Oh yes it is funny,” she said as she stood and walked toward him, her hands holding her stomach. “You were scared as a rabbit, you were,” she said between gales of laughter. “Admit it. You were petrified.”