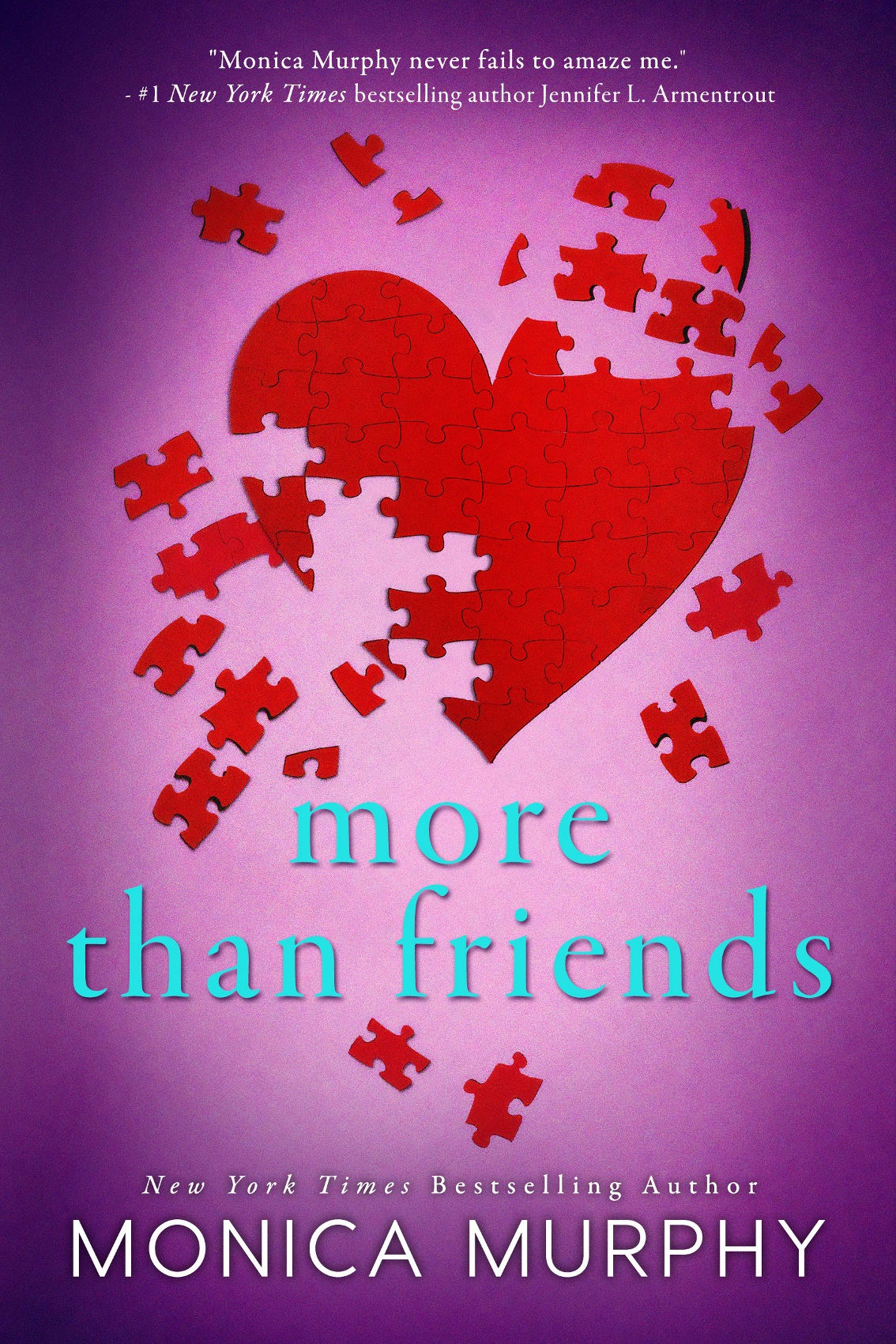 About More than Friends

I’m your average girl at your average high school, trying to figure out my place in life. After catching my now ex-boyfriend messing around with my now ex-best friend, I’ve made some big changes. No more band, no more backstabbing friends and no more boring old life. Now I have new friends, a new job and new interests.

But there’s a certain someone who’s interested in me, and I don’t get it. Jordan Tuttle could have anyone he wants. He’s the most popular boy in school. Rich, gorgeous, smart and the star quarterback, he’s perfect. Yet he acts like he wants no one else but…me.

So despite my fears and doubt, I let him get close. Probably too close. I discover that he’s not so perfect after all, but it doesn’t matter. I’m falling for him, even though he runs so hot and cold. I know someday he’s going to break my heart.

And I’m going to let him.

I’
m cruising on my bike, contemplating everything Livvy just told me. How her mom was so mad when she discovered Livvy had spent the night at Ryan’s house, she grounded her and took away her phone. Livvy is seriously going to lose her mind being grounded for so long, unable to see Ryan unless we’re at school. That won’t be enough for her. When it comes to Ryan, it feels like nothing is ever enough for her.

At least I’m not in trouble like she is.

Liv’s going to stress out over Ryan, though. Over those hours when she’s not with him and he could possibly be up to no good. She worries about him all the time. I get it—sort of. He seems to play games, and that must get exhausting.

Truthfully, I wouldn’t put up with that crap. But I’m not Livvy.

The wind blows through my hair as I make a right into my neighborhood, turning the wild strands into a tangled mess. Not that I care. There’s no one I’m hoping to impress. It’ll just be Sunday night dinner with the family, as usual. I’m not even sure if they’re home yet. Dad mentioned something about going to Home Depot to pick out fall flowers for the yard, and Mom said something about shower curtains and Bed, Bath & Beyond.

Bleh. I’m glad I made my escape when I did.

My house slowly comes into view and I smile to myself. I might not live in a giant mansion in a fancy neighborhood like my new so-called friends, but our house is nice. Small and on the older side, but it’s cute, with a pretty front yard and a big porch with a white swing…

Oh. Crap. There’s someone sitting on the swing. His arms are spread out along the back of the wooden frame, his gaze locked directly on me, like he knew I was going to appear at any second.

Sweet Evil by Wendy Higgins
Poseidon's Spear (Long War 3) by Cameron, Christian
The Circle by Bernard Minier
Adam by Jacquelyn Frank
Calendar Girl: October: Book 10 by Audrey Carlan
The Magic of Christmas by Sarah Morgan
The Internet Escapade by Joan Lowery Nixon
No Regrets by Ann Rule
Beneath the Blonde by Stella Duffy
A Simple Amish Christmas by Vannetta Chapman
Our partner