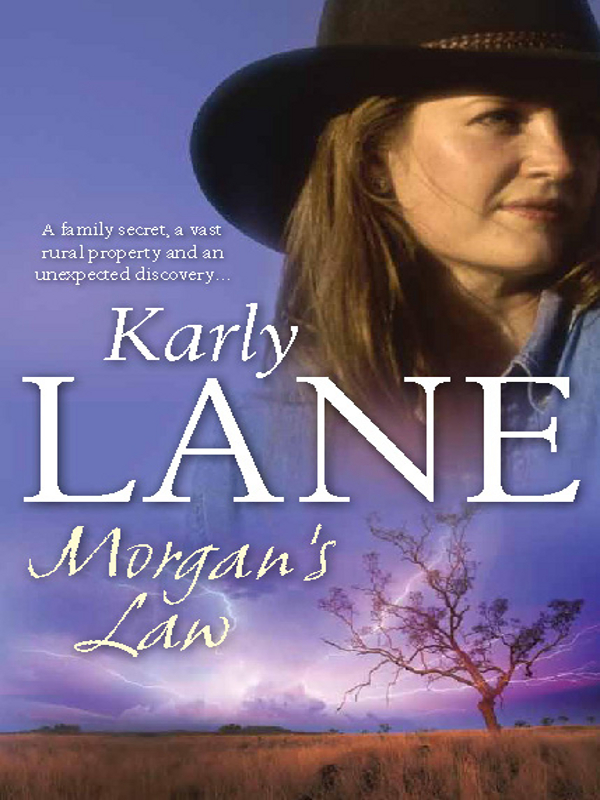 Karly Lane lives on the mid north coast of New South Wales. Proud mum to four beautiful children and wife of one very patient mechanic, she is lucky enough to get to spend her day doing the two things she loves mostâbeing a mum and writing stories set in beautiful rural Australia. 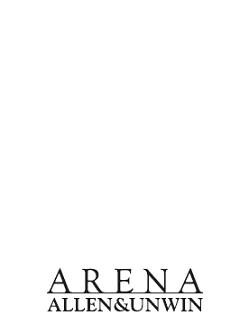 Set in 12.5/17 pt Sabon by Midland Typesetters, Australia
Printed and bound in Australia by Griffin Press

For my mum and dad

The endless highway stretched out in a ribbon of grey as far as the eye could see. Sarah Murphy had been driving since five in the morning and there was still no end in sight. The last few towns she'd passed through had been little more than a pub and a few rundown houses.

She'd lost the only decent radio station a few hours ago and had turned off the radio with a sigh. Silence. For the first time in years, Sarah was surrounded by nothing but the purring of her car's engine and the sound of endless miles passing beneath its tyres. No phones, no traffic . . . nothing.

As an account executive at Brandl & McBride, a leading London-based advertising agency, full speed was the only gear Sarah had been operating in for what seemed like forever. She thrived on the pressure of her work, never feeling more elated than when she picked up a new account or managed a successful campaign. The abrupt change of pace in her life over these past few days had been a major culture shock.

Sarah had found herself taking stock of her life since the death of her grandmother six months ago. She'd spent years working tirelessly, despite occasional misgivings about working in an industry with such an emphasis on flogging material possessions. She'd loved all of itâthe crazy deadlines, the drama, the long hoursâbut her grandmother's death seemed to stop her in her tracks.

The job that had once been the entire focus of her life now felt frivolous and empty, and London, once so glamorous and exciting, just seemed a cold, dull and noisy place that no longer felt like home.

A yellow sign whizzed past and she reached for the map, searching for the small speck of a town called Negallan. She had to be getting close to it by now. A dark shape suddenly appeared out of nowhere, and in a split second Sarah had dropped the map and was braking to avoid colliding with a herd of cattle grazing on either side of the road.

As her traction control kicked in, the tyres gained purchase on the loose gravel and the BMW came to a halt just in time. Heart thumping, Sarah stared dumbfounded through the windscreen. A herd of brown cattle milled about her car, those on the grassy verge continuing to graze undisturbed.

Sarah glanced at the passenger seat and breathed a sigh of relief that her gran's ashes were still strapped in safely. Maybe it was time to take a breather from driving, she decided, taking off her own seat belt. As she emerged from the car the cattle drifted away; she heard the sound of a motorbike coming up behind her and turned around. The rider skidded to a stop and hastily dismounted from his bike.

âWell, that was bloody lucky. I saw your car go off the road.' Looking down at her tyres, he shook his head. âPicked a bad place to pull over, too. You're up to your axles in mud.'

âI didn't exactly have much time to think about where I was going to stop,' replied Sarah dryly, following his gaze. Sure enough, thick mud covered her back tyres where they'd angled off into the soft, muddy earth.

âIf you'd read the signs back thereâyou know, the ones that said
Cattle ahead
âmaybe you wouldn't have almost killed yourself, or one of my herd.'

âHow was I to know there really
were
cattle ahead? I've been passing signs like that all day without spotting a single cow.'

âJust because you don't see them doesn't mean they're not there! It's a big place,' he said, his blue eyes narrowing beneath the brim of his hat. Sarah judged the man before her to be in his late twentiesâmaybe early thirties; it was hard to say with his face shaded and the glare of the afternoon sun behind him.

âDo you want me to see if I can drive you out? Otherwise I'll have to go back and get the ute,' he said.

Sarah stared at him suspiciously. What did a serial killer look like anyway? If the answer was dusty, rugged and not too hard on the eyes, then she may very well be looking at one!

âOr you can stay here all night,' he added. âDoesn't bother me either way.'

Letting out a defeated sigh, Sarah took a step back and watched as he slid into the driver's seat and eased her car into gear. The wheels spun, mud flying everywhere, as the tyres struggled to grip the slippery surface. For a moment it seemed hopeless. Then, without warning, the car lurched forward and out of the mud.

âThere you go,' he said, getting out and holding the door open for her. âBy the way, why do you have a seat belt around a vase in your front seat?'

âAshes. Yes. They're my grandmother's.'

âWell, you and your grandmother are good to go now,' he said, glancing dubiously at the urn.

âThanks,' said Sarah, getting back into her car and driving off.

She looked up into the rear-view mirror just in time to see him swing himself back onto the bike. The dark clouds hovering overhead and the low rumble of thunder in the distance warned her to keep her mind on the road ahead.

The sign announcing she'd finally reached her destination told her Negallan boasted a population of seven hundred and thirty-nine. As Sarah drove down the main street, she wondered where they all were. There was no one in sight and not a great deal in the way of shops, just a grocery store, hardware, bakery and butcher, as well as a majestic-looking pub. The takeaway shop was the only one still open, but there seemed little sign of life inside.

A few old buildings were scattered along the next street, and she caught a glimpse of the town hall and local CWA headquarters. Driving on, she turned in to a petrol station that was openâperhaps someone in there could give her directions to a place she could stay the night.

Wearily pushing open the car door, she climbed out and stretched her legs, then reached up to release the kinks in her shoulders. A long low whistle cut through the air behind her and she froze. She turned, ready to give the Neanderthal who'd wolf-whistled at her a piece of her mind, but before she could say anything a large man with a white beard brushed past her, running oil-stained hands along the sleek lines of her car.

âShe's a beauty. BMW convertible, don't get many of these out this way. Do you mind if I take a look inside?' he asked, almost shyly.

âSure, knock yourself out,' said Sarah.

With the mechanic happily entranced by the car, Sarah looked around her. Across from the old garage sat a tidy, surprisingly modern playground and a small cottage with the sign
Negallan Museum
hanging on its front door. There was a bridge over a dry creek bed, which rattled alarmingly as an old clunker of a ute drove across it.

Reluctantly the mechanic unfolded his frame from her car. âYeah, about three hundred k's south-east.'

âReally, there's no motel closer than that?' When she'd left Sydney, Sarah had been under the misguided impression that she'd be able to rock up to Negallan, spend the night there, scatter her grandmother's ashes as requested, and then head back to Sydney. She'd begun to realise her mistake once she left the coast and started heading inland.

Having not travelled such long distances before, the endless stretches of highway became exhausting after eight or so hours of driving. She'd stopped for the night when fighting semi-trailers for the road became too nerve-racking to continue, spending it in a claustrophobic motel room in a town she couldn't remember the name of. The remaining six and a bit hours left would have been all right had her GPS not taken her some obscure way, adding another fifty or so kilometres to her trip. She was too tired to make any decisions after her long drive today anyway.

Possession by Catrina Burgess
The Whispering Hollows by Lisa Unger
Lafayette by Harlow Giles Unger
A Place Beyond The Map by Thews, Samuel
Strip for Me by Amarinda Jones
Natural Causes by Jonathan Valin
Spirit of the Revolution by Peterson, Debbie
Break Me by Walker, Jo-Anna
Frangipani by Célestine Vaite
Killer Summer by Ridley Pearson
Our partner