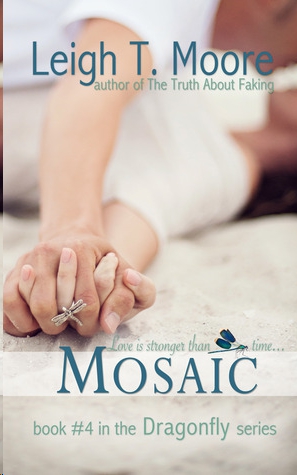 If you are reading this book and did not purchase it or win it from an author-sponsored giveaway, this book has been pirated. Please delete it from your device, and support the author(s) by purchasing a legal copy from one of its many distributors.

Thank you for supporting this author and her work!

All rights reserved. No part of this publication can be reproduced, stored in a retrieval system, or transmitted in any form or by any means—electronic, photocopying, mechanical, or otherwise—without prior permission of the publisher and author.

and to those who’ve joined me through the Dragonfly series.

White flannel trousers and walks on the beach.

Opportunity of a Lifetime

Other Books in the Series

The man’s feet sank in the soft, white sand of the beach he’d known since childhood. Walking this overcast morning, watching the storm building in the distance, he remembered a time when he’d eagerly anticipated days like this, running to grab a surfboard, hoping for waves high enough to ride.

He’d been in love with life back then, embracing experiences and going for whatever he wanted without caring about the consequences. He’d been pretty lucky, too, with happiness and getting what he wanted, but a lot had changed in the last twenty years.

Days like this were now spent in an office, usually poring over plans. He couldn’t even remember the last time he’d picked up a board.

The invitation had arrived months ago, but he’d put off thinking about it until now, the weekend of the event.
Had it really been twenty years?

The past swirled through his memory as he watched the gray waters, the salty gusts pushing his dark hair back. He was still tall and slim, and most people mistook him for younger than he was. But he’d noticed the small lines around his eyes.

Business
. That was the only thing that mattered to him now.

All the colors and distractions of youth were behind him. Marriage, kids, those things had somehow escaped him, and going into this weekend of reunion, he suddenly felt like he had nothing to show for himself.

He had money and power. Those counted for something—especially around here. He was the son of the most famous real estate developer on the coast, and as it turned out, he’d inherited his father’s keen business sense. He’d been successful at moving into development, and he liked it—unlike his older brother, the golden boy, who now practiced medicine in Nashville.

He could also have any woman he wanted, and occasionally he did. But he also had a past.

The past. For a second he unclenched the vice grip he had on those memories and allowed himself to see her green eyes the last time they’d spoken.
Hazel eyes
. She’d always corrected him.

They were filled with tears.

He’d said… so many things. He’d been so angry. So hurt and betrayed. But that didn’t excuse the choice he’d made. The words he’d said knowing they’d drive her away for good. He hadn’t seen her face again since that night on the beach. She’d told him he wouldn’t. This was the weekend he might.

Lost in these thoughts, he walked back up the shoreline toward his office when he slammed into a small body that seemed to appear out of nowhere.

“Wanker!” The girl hissed, her wild black curls flying around her head in the breeze.

“I’m sorry,” he started to laugh at her petulance mixed with a light British accent when he realized pages were swirling around them and scurried to help her collect them.

“I’m sorry,” he repeated, still grinning. “I didn’t see you there.”

“You should watch where you’re going.” She exhaled as they returned to each other, messy stacks of papers in hand.

He stifled his mirth.
What a funny kid
.

“What is all this?” he asked, looking at the pages filled with words and small sketches.

She answered with a flourish. “My memoirs, of course!”

“Memoirs? How old are you?”

“Sixteen.” Momentarily deflated, she quickly recovered. “But Mum says I come from a long line of artists. So I’m writing and illustrating my life now before I don’t have time for such nonsense.”

“Some people would call it keeping a diary.” He studied the pages—a small seagull sketch, a pod of pelicans soaring low over breakers—the kid had talent, he had to confess.

“And some people are not as creative as I am.”

“I can believe it.” He handed the papers over, catching her clear blue eyes. “What’s your name?”

“Juliet. But you can call me Jules. Everyone does.”

She shook her dark curls, and shoved one behind her ear. “Don’t think so. I mean, Mum likes to read and all, but I’m named for my dad.”

“Your dad?” His brow creased. “You live around here?”

“We flew in from London for a school reunion. Mum, Aunt Gabi, and I are all staying at my grandparents’ home in Fairview.”

London? Gabi?
He paused and studied the girl a moment. “Your dad didn’t come?”

“Well, my real dad isn’t in the picture, if you know what I’m saying.” She slanted a familiar blue eye at him. “
Brandon
stayed across the pond.”

“Who’s Brandon?” He felt a sting of something. It couldn’t be jealousy. He didn’t even know who this girl was. For certain…

“My step-dad. Mum finally agreed to marry him a few years ago, but it never took.” She exhaled, looking out at the water. “They divorced last year. Poor Brandon. They think I didn’t hear them arguing, but it was hard to ignore.”

“It’s pretty simple, actually.” Jules shrugged and started walking. Unable to help himself, he followed her.
Was it possible this girl was
…

Her next words derailed that train of thought. “She’s still in love with my dad. She tries to deny it, but Brandon and I know the truth.”

Shock and energy surged through him. Was he furious? Was he glad? One thing was certain—he needed to hear this. “How do you know?”

“Well, she has this painting he did of her in her closet, and once I caught her looking at it.”

12 Christmas Romances To Melt Your Heart by Anthology
Flawless Surrender by Lori King
Killing Me Softly by Marjorie Eccles
Desires of the Dead by Kimberly Derting
Charity Rising (Charity Series Book 2) by Kinney, DeAnna
The Gingerbread Dungeon by Elizabeth Thorne
Science in the Kitchen and the Art of Eating Well by Pellegrino Artusi, Murtha Baca, Luigi Ballerini
Undaunted by Kate Douglas
Ada's Secret by Frasier, Nonnie
Run Them Ashore by Adrian Goldsworthy
Our partner