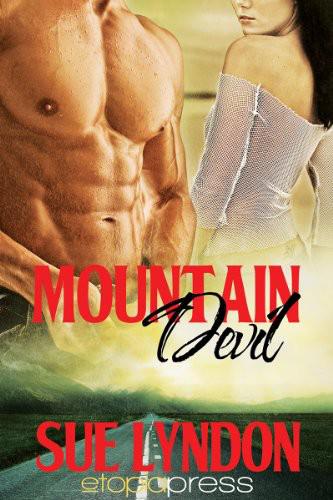 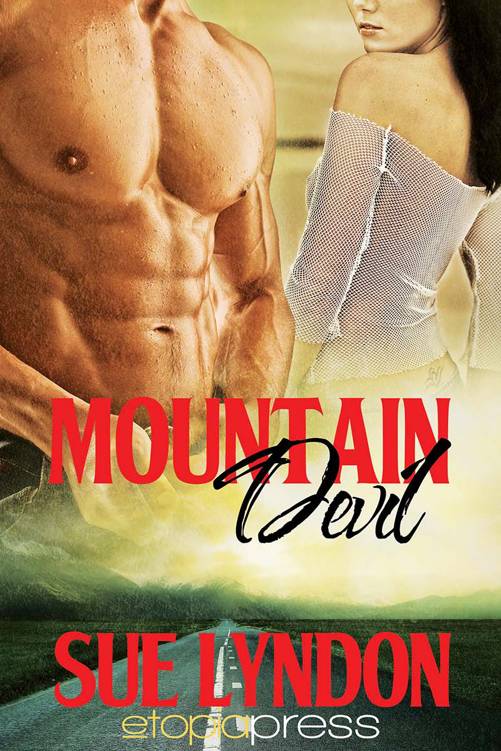 Raw pain coursed through Ella Emerson’s chest and emptied into the twisted knot that was her stomach. She had been so stupid. She was in over her head.

Agreeing to marry Brandon Andrews was probably the worst mistake of Ella’s life thus far. She lay awake in her bed and stared solemnly at the wedding dress hung on the closet door. In twelve hours, she would officially become Mrs. Ella Andrews. The thought of her own wedding brought fresh tears to her eyes. Stubbornly, she wiped the salty moisture away, determined to enjoy the last few hours before repeating marriage vows in front of three hundred wedding guests.

Heat lightning flashed outside, and Ella sat up to witness the wondrous display of light against the Catoctin Mountains. Her mind traveled back two weeks, to her solo hiking trip on those mountains.

She’d explored every trail, some of them twice, until her legs had ached and burned. Brandon had scoffed when she’d invited him along. “Hiking is for tree huggers,” he’d said. No, she’d thought, hiking is for me. This is how I’ll escape you for a whole day.

The lightning flashed again, casting a brief wave of white over Ella’s closet—and the damned wedding dress that was too heavy to wear in this ungodly August heat. She’d picked the first design she’d liked back in January, without giving too much thought to anything else. But the wedding dress was the least of her problems right now.

Brandon Andrews was a pig. There was hardly a pretty girl left in Catoctin that hadn’t caught his eye, and he acted like he was above everyone, including Ella. But he was generally well liked because at the age of ten, he’d saved a small child from choking.

Back then, it was all the local news talked about for a good week. Ella figured it was probably the only good deed of Brandon’s life.

Even before that episode, Ella’s and Brandon’s parents had conspired to get them together. Although Ella considered herself a strong person, she’d crumbled under pressure to allow Brandon to court her and accept his marriage proposal. Sure, he was attractive and successful, but Ella loathed him with her entire being, especially after his public marriage proposal.

At her college graduation party in May, Brandon had proposed on bended knee in front of two hundred guests. Ella had hesitated for only a moment, as the burn of all those eager eyes scorched her own desires away, before accepting with a quiet
yes
.

Since Brandon’s older sister was a wedding planner and Ella had finished school, a quick marriage at the end of summer only seemed natural.

Three hundred guests would gather on the huge lawn behind the Andrews’ house at 3:00 p.m. to witness the long-anticipated union.

Again and again the lightning flashed. The mountains lit up. The wedding dress lit up. Again and again until Ella’s head spun with fatigue and dread, so much dread. How foolish I’ve been, she thought. She’d led Brandon on and on until there was no refusing his proposal. Her lips had said yes even though her mind screamed no.

For a fleeting moment, she wondered if she deserved this fate. Yes, she’d dug her own grave, so perhaps she should stop lingering in doubt and jump right in.

Another silent flash of white jarred her out of self-pity. Reason kicked in and her mind screamed
NO

with as much determination as she should have two months ago after Brandon’s proposal.
No, I will not
become Mrs. Ella Andrews!

Maybe the heat lightning was fated to coincide with the eve of her wedding, because the constant flashes against the mountains caused an idea to blossom. The mountains themselves called her name.

She couldn’t escape via her car, not when the keys were downstairs hanging above the creaking floor.

But she could pack up her hiking gear and hop out a window. She could spend a few days alone where no one would think to look. When all the out-of-town guests departed and Brandon was too humiliated to consider marrying her still, she could wander home.

The lightning flashed again. There were stabs of guilt from all directions, twisting harshly into Ella’s heart. Her parents would worry…no one deserved to be stood up at the altar…dozens and dozens of guests had been flown in from across the country…and…

Before those stabs of guilt pierced deeply enough to change her mind, Ella gathered her hiking gear and dressed. Before second thoughts overpowered her rashness, Ella scaled down the roof and jumped onto the soft lawn from a garage windowsill, quiet as the stillness of night. Before she’d thought of leaving a note, Ella was a mile through the woods on her personal path that led toward the welcome center of the Catoctin Mountains where a handful of hiking trails branched away. Up and down the hills she went until she reached the bridge, tiny flashlight in hand.

A snake slithered into the bushes, shimmering in the beam of her flashlight, and Ella shuddered. But her pace didn’t falter, even as a wild screech overpowered the shrilling pulse of locusts and chirping crickets. Some locals claimed bobcats and bears roamed the mountain, though Ella had never seen one herself. Don’t be scared, she told herself.

There were granola bars and two bottles of water in her pack. Enough to survive on for a little while, not to mention about a hundred dollars cash if she ventured near civilization. She wouldn’t dare use her debit or credit cards though, not while she wished to remain unfound. And as paranoid as she was about being tracked, she’d left her cell phone behind.

At the edge of the path before the bridge, Ella rested against a large tree, planning to huddle against it until sunrise. Despite her gallant effort to remain conscious, her heavy eyelids closed as she drifted off farther and farther, feeling a strange mix of worry, happiness, and foolishness as sleep flooded her senses.

Ed Peters wasn’t happy. For three days, escaped convict Chuck Dearing had given him the runaround over the mountains. Dearing’s reward had been increased to $25,000 for information leading to his capture. But a bounty hunter like Ed Peters always brought convicts in himself. There was no satisfaction in collecting a reward not fully earned. Ed planned to earn those five figures fair and square.

His pack was heavy with a small tent, nonperishable foods, and enough water to carry him through another two days on the mountain. Chuck Dearing wasn’t prepared for such a long stay in the wilderness. No, Chuck would soon grow desperate.

And desperate men were the easiest to catch—and the most dangerous. Ed could handle danger though.

The forest swelled with the melodies of singing birds, and Ed couldn’t hear any man nearby, but the escaped convict wasn’t far ahead. Size ten footprints were sealed along the hiking trail and led down toward civilization. Toward the winding road and the welcome center. Chuck Dearing was hungry and thirsty after being tracked for two days around the mountain. The convict was heading toward
people
, and with nothing to lose but freedom, the murderer wouldn’t hesitate to take another life for something as simple as a hiker’s lunch.

Moisture hugged the bottom of Ed’s boots as he wound through the underbrush. The rising sun cast streams of warm light between the tall trees. Already, Ed knew the day would be hot and humid. But at

least there’s no fog this morning, he thought as he hopped over a rock.

His spirits rose as he discovered a fresh footprint below, another size ten. Today would be the day he caught Chuck Dearing. Along with $25,000. Not a bad payday for a retired cop.

Although Ed was retired, he didn’t consider himself old. Not usually. He’d spent twenty years to the day in the force, and had retired at forty-one.

Now he was forty-three, and with his pension and side business catching wanted criminals, he made a
very
good living.

Ed had been tracking Chuck Dearing, who was last spotted trying to hitchhike two miles away from the Catoctin Mountain Welcome Center, for the last two days. And, truth be told, lurking through the forest on the tail of a criminal wasn’t so bad. It beat the usual places he ended up: dark alleys, seedy bars, houses of ill repute, or neighborhoods crawling with drug dealers and thieves.

Out of breath, Ed stopped for a swig from his bottle. The water was cool going down, and he took a long swipe at his mouth afterward. Just as he fixed the bottle on the pack, a scream pierced through the forest noise. A woman’s scream—dead ahead on a lower hiking trail.

Adrenaline kicked in, and Ed bolted down the mountain, jumping over fallen trees and peeling through the underbrush. Someone was in trouble, though he suspected it was only a hiker. Probably a snakebite or a twisted ankle.

But the screaming only intensified, and what Ed saw when he cleared the hill caused him to run faster.

“Hey, Dearing, you son of bitch!” he shouted. “Leave the woman alone!”

was trying to rip a backpack off a woman. The woman fell facedown in the dirt, clutching the straps of her backpack while trying to crawl forward. Ed didn’t understand why she couldn’t just surrender the backpack. All Chuck probably wanted was food and water.

When Dearing realized Ed was closing in, he favored an animal frozen in headlights for one moment before bolting through the woods and toward the god-awful winding road that cut through this part of the mountain.

Ed stopped over the woman, and she looked up with terrified eyes. “Are you all right?” he asked, kneeling down, but keeping one eye on Dearing.

She coughed and touched her throat. Ed suspected the bastard had tried chocking her. “I—I’m alive,” she said hoarsely but made no move to stand.

A surge of anger shot through Ed as he looked at her little backpack. Not giving the backpack up was foolish, damn foolish. If he hadn’t come along just now…

Memoirs of a beatnik by Di Prima, Diane
The Anubis Gates by Tim Powers
The Book of Fate by Brad Meltzer
Talk by Laura van Wormer
Will Work for Drugs by Lydia Lunch
Escape (Alliance Book 1) by Inna Hardison
Squirrel Eyes by Scott Phillips
Honeymoon of the Dead by Tate Hallaway
The Penny Pony by Patricia Gilkerson
Fool's Gold by Byrnes, Jenna
Our partner