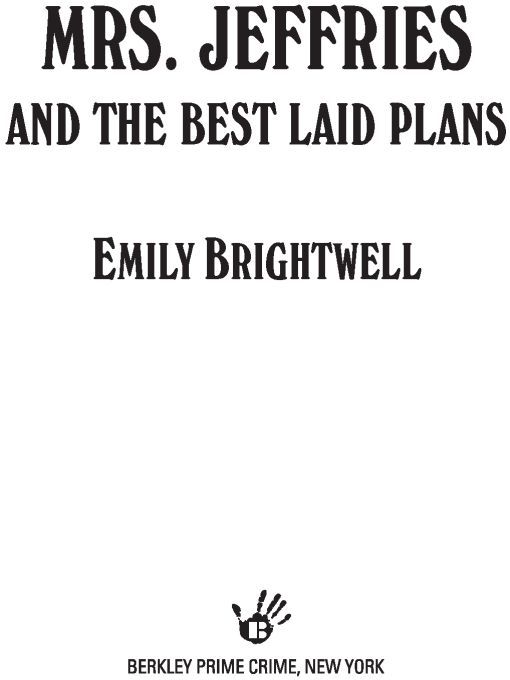 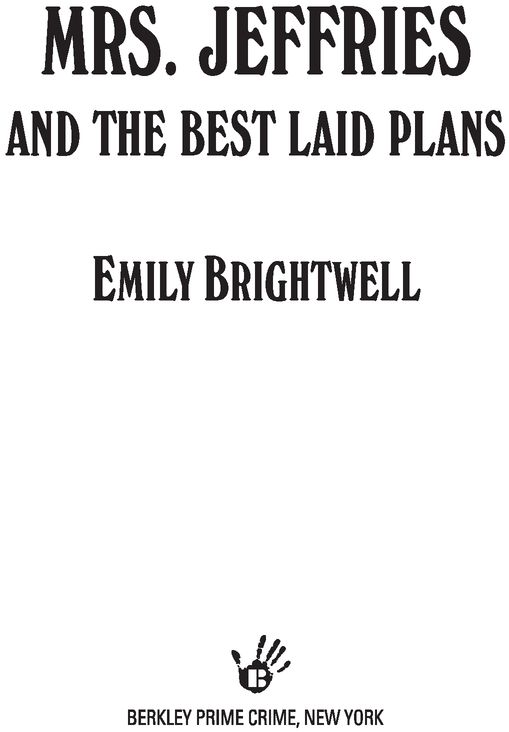 For Nanette Caldararo, with love and appreciation
for all the years of inspiration and support.
Thanks, Nanny; you helped me to live my dream.
CHAPTER 1
“I don’t think we’ll ever get this wedding planned.” Betsy sighed and closed the cookbook. “Worrying about all the details has me so muddled that I can’t even think of what to serve at the reception.”
Mrs. Jeffries, the housekeeper for Inspector Gerald Witherspoon, smiled sympathetically at the pretty blonde-haired maid. “You’re doing fine, Betsy. We’ve still almost a month before the big day. That’s plenty of time to decide on the menu.”
“It feels like it’s happening tomorrow and I’m not near ready. I can’t even decide on what kind of dress I want.”
“You’ll get it all done,” said Mrs. Jeffries, glancing at the maid. Betsy was staring morosely at the closed cookbook. The poor girl was going to make herself ill over a few simple wedding plans. This wasn’t at all like her. Betsy was normally a strong, rather decisive young woman who could make the hardest decisions, some of them involving life and death, with the greatest of ease. Yet planning her own wedding had turned her into a nervous Nellie of the worst sort. There was nothing that the housekeeper could say that would allay her fears, either. The girl had to fight these demons on her own.
Betsy was afraid she was going to fail, that she was going to embarrass herself or even worse, her fiancé, Smythe, by doing something wrong on the most important day of their lives. She’d come from a poverty stricken family in the East End of London and she’d ended up as a maid here at Upper Edmonton Gardens by collapsing on their doorstep. She was having a proper wedding and an elegant reception. Unfortunately, she had little confidence in her own social skills, and she was terrified that something would go wrong.
“But I don’t want to inconvenience Luty, and it’s her staff that’s doing all the work,” Betsy cried. “I’m going to make up my mind. Gracious, it’s only a little reception.”
“Take your time, child,” Mrs. Jeffries said kindly. “Luty won’t mind in the least.” Luty Belle Crookshank was an American friend of the household. She had insisted on hosting Betsy’s wedding reception at her elegant home in Knightsbridge. To anyone outside their immediate circle, it might seem an odd state of affairs for a wealthy woman to host a reception for a poor housemaid. But the bonds between the household of Upper Edmonton Garden and Luty Belle Crookshank were special enough to overcome the rigid class structure of socially conscious London.

Entranced By Him by Cassandra Harper
Shanghai by David Rotenberg
Lady of the Eternal City by Kate Quinn
Keeping You Forever (A Harbor Love Series) by Marulanda, Jaclyn
Andersonville by MacKinlay Kantor
In Too Deep by Ronica Black
Criminal Mischief by Stuart Woods
The Underground Railroad by Jeffery L Schatzer
On a Pale Horse by Piers Anthony
Cinnamon Gardens by Selvadurai, Shyam
Our partner