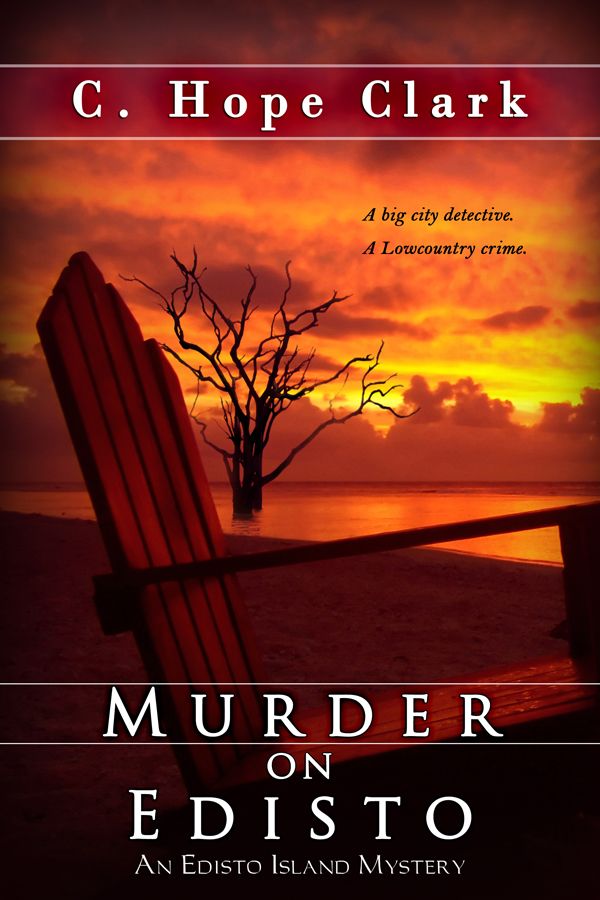 Other Titles by C. Hope Clark from Bell Bridge Books

Lowcountry Bribe
is a fast-paced roller coaster ride of a mystery, full of intriguing characters and a heroine as feisty as she is vulnerable. A rare glimpse into a rural part of the Lowcountry most coastal residents and visitors didn’t know existed. From an author who knows her stuff.

In C. Hope Clark’s novel,
TIDEWATER MURDER
, Carolina Slade establishes herself as a new genre superstar, taking her place beside Dave Robicheux and Harry Bosch. Well-written and informative about a little-known arm of law enforcement, Clark has written a story that carries the reader along as surely as the tides of the lowcountry. Don’t miss this one!

—
Carl T. Smith, author of
A Season For Killing
and
Lowcountry Boil

Riveting. A first-rate mystery and a real education. C. Hope Clark continues her series following Carolina Slade, an agriculture investigator, in
TIDEWATER MURDER
. All I can say is if all government employees had Slade’s get-the-job-done tenacity, I wouldn’t mind paying taxes.

—
Donnell Ann Bell,
author of
The Past Came Hunting
and
Deadly Recall.

High tension in the Lowcountry. Feds, farmers and foreigners collide in this coastal crime novel with as many twists and turns as a tidal estuary.

I want Carolina Slade to be my new best friend. Smart, loyal, tough but compassionate, she’s the kind of person I want on my side if I’m in trouble. In her second outing, a missing tomato crop, dead bodies, and Gullah voodoo lead Slade into the dark heart of the new south, where the 21st century collides with the past and the outcome can be deadly. As a native South Carolinian, I thoroughly enjoyed revisiting my home state in this engrossing and unusual mystery, and I look forward to seeing more of Hope Clark’s refreshing heroine.

This story sweeps you up in an instant and carries you far, far away. Clark’s intensely lush and conversational writing will keep you wanting more, turning the pages almost faster than you can read them.

Carolina Slade is the real deal—Southern charm, a steely determination, and a vulnerability she’ll never admit to. Slade is at her absolute best in C. Hope Clark’s
Palmetto Poison
so hold on for the ride!

Other Titles by C. Hope Clark from Bell Bridge Books

Book One: The Edisto Island Mysteries

To Deni, the spirit of Edisto Beach and the energy behind this tale.

SERGEANT DETECTIVE Callista Jean Morgan leaned stiffly against a display beside the drug store pharmacy, hands stuffed in her size six jeans, waiting for a prescription. She moved further away as a woman seated herself nearby, hacking, a tissue wadded up one nostril. Callie had to stay healthy for the Leo Zubov prosecution. Her mind played with future testimony against the man and envisioned her upcoming day in court with the pernicious ass. Thrill shivered up her spine.

The speedier the trial the better. The Russian drug czar deserved nothing but the best the legal system could dole out to the
bratchnie
. Whatever locked him away the quickest and the longest suited her. Since reaching detective, Callie had spent most of her five years running the mazes Zubov incessantly built through Boston’s criminal underground. She’d pursued one trail after another down a hundred dead ends . . . until last week.

The bastard had threatened her and her family, as well as every cop, clerk, and janitor in the Boston Police Department. This time, however, he’d be dried-up and ancient by the time he got out of jail. Hallelujah and amen!

Her fifteen-year-old son Jeb loitered a few feet away, reading the ingredients on a bag of candy for diabetics. “Oxymoron,” he said, tossing the item back on the shelf. “Why eat candy if there’s no sugar in it?”

“I’m impressed you know the meaning of that word,” she said.

“So you
are
listening.” Jeb stepped in front of her and stared deep into her eyes with his familiar please-let-me-have-something squint. “Can I drive home?”

She gazed up at her six-foot, dashing young sophomore. Too short to reach the second shelf of her kitchen cabinets, Callie often wore boots with heels. She restrained herself from tousling his blond curls, a contrast to her auburn bob. Instead, she glanced out the store’s plate glass window. Seven p.m. The sun was about gone for the day. “I’m not sure, Jeb. It’s getting dark.”

He acted forlorn. “But the permit says I can drive at night with an adult in the car.”

Callie’s recurring nightmare involved an out of control truck rushing toward her Explorer, with Jeb at the wheel. Sometimes he was seven with pinchable cheeks, sometimes a tall, lanky fifteen. She would throw a protective arm across his chest, her foot stomping a nonexistent brake. She’d wake in a sea of sweat, her pulse thundering.

She never told her husband John. He dreamed nightmares of his own.

Jeb struck a silly pose, eying her, waiting for her answer. “Oh, come on, Mom.”

She figured eighteen about the proper age to get his license. Maybe when he went to college. She grinned at the exaggeration, then let the grin slide away as she realized how soon that time would come.

For the sake of their careers, she and John had chosen not to have more children after Jeb. But after a glorious drunken celebratory anniversary weekend, nine months later God gave them Bonnie. Even at thirty-eight, Callie delivered a perfect child . . . then lost her bright-eyed gift one horrific night when Bonnie simply stopped breathing.

Today would have been the baby’s first birthday.

John hadn’t mentioned the occasion. Neither had she. They were both at a loss what to do other than privately, silently relive the hurt.

“Do you need instructions how to use this medication?” he asked.

Birth control and an antidepressant. What was there to know other than she feared to relinquish either one since Bonnie’s death.

After studying caller ID, she wedged the phone on her shoulder as she paid the white-coated man. “Sorry,” she said, with her best South Carolina Lowcountry drawl three degrees thicker than usual. “My apologies, sir.”

Red-faced, Jeb walked in the opposite direction toward the vitamins.

Phone to her ear, she answered, “Callie Morgan.”

“It’s Waltham. You sitting down?”

She frowned at her boss’s gravelly, no-nonsense tone. “No, why?” Captain Detective Stan Waltham rarely led with gratuitous niceties. Callie’s Southern gentility usually drew at least one pleasantry out of the man. Not this time.

“The Feds stepped in on your case.”

“Why?” She closed her eyes. No! “Don’t tell me Zubov walks. We have him, Stan. He was at the buy, for God’s sake.” She walked away from the waiting herd of sick people. “What happened?”

“Officially they’ve told me jack shit, but a Homeland Security buddy I served with in the Gulf dropped me a whisper. Apparently Zubov has intel on some terrorist business, so they—”

Drugs, guns, human slavery—the local Russian criminal element did it all, but narcotics were Leo’s specialty. The bastard’s white-powdered tentacles reached into and beyond the city, across the state, into New York and who-knows-where else. Far-reaching, but old school. No history of terrorist activity.

“Not sure about the details, Callie, but you and I are done with him.”

She spun around only to meet a tall, blue-haired woman. Callie glared as they maneuvered to pass each other. “Who the hell do I have to talk to?”

“You need to take that?” Stan asked.

“Not now.” Callie let the call go to voice mail. “So, whose office door are we knocking on tomorrow?”

She’d left her husband at home with his head immersed in a work file strewn across the coffee table. His distraction from the day’s significance. Hers was to run the drug store errand, taking Jeb for comfort.

“I better take this call, Stan, but this thing with Leo isn’t over.”

“We’ll talk in the morning.”

She answered the waiting call, visualizing John running an impatient hand through his thick blond hair. “Everything okay?” she asked. “John?”

Callie stiffened. Was he so entrenched in his misery that he couldn’t face her tonight? Dammit, Bonnie’s death wasn’t her fault.

She Can Tell by Melinda Leigh
Case Closed by Jan Burke
Mated to War by Emma Anderson
Snow Garden by Rachel Joyce
The Gripping Hand by Niven, Larry, Pournelle, Jerry
Coma Girl: part 1 by Stephanie Bond
Pawnbroker: A Thriller by Jerry Hatchett
Rocky Mountain Haven by Arend, Vivian
Everything I Need by Natalie Barnes
Grunt by Roach, Mary
Our partner