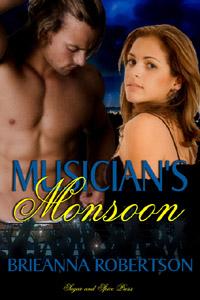 This is a work of fiction. All characters and events portrayed in this novel are fictitious or used fictitiously. All rights reserved, including the right to reproduce this book, or portions thereof, in any form.

To the ones who rock…and who rock hard.

“Happiness is where we find it, but rarely where we seek it.”
J. Petit Senn

“It’s friggin’ raining! What the heck? My hair is going to get all messed up now!”

Sophie glanced over at her cousin Lorraine and suppressed the almost overwhelming urge to roll her eyes. “Lorraine, it’s Arizona in the middle of monsoon season. Just be happy it’s not a dust storm.”

Lorraine
ignored her. “I mean, I put all this effort into looking absolutely fabulous so that I can catch Zane’s attention. Now I’m going to look terrible.”

Sophie clamped her mouth shut so what she wanted to say wouldn’t come flying out. Lorraine already looked like a hooker. And not even one of the high-class call girls. A street-walking, right out of the ghetto in Phoenix, two-bit hooker. Her shirt could barely be classified as a shirt. More like a scrap of black material that
almost
covered her enormous, fake double Ds. Her pants were red pleather and so low that her black G-string hung out. Her platinum hair resembled something out of a bad eighties movie, and Sophie was pretty sure that if it rained too hard, Lorraine’s makeup would turn her into an escaped circus clown.

Lorraine
snorted and glanced down at Sophie, flipping her hair over her shoulder. “Not like you have to worry about anything,” she said in her belligerent tone. “You always look the same no matter what kind of weather.” She gave a high-pitched, witchy giggle. “Snow, rain, sun, it doesn’t matter, you always look
bor-ing.”
She sang the last word and puffed her hair again.

None of Sophie’s friends liked metal music, and they all thought she was ridiculous. They had some stupid notion that, because she taught orchestra and choir, she should only listen to Mozart, or Broadway hits, or something. It was dumb. So what if she taught classical music? She happened to like brash, ugly-sounding guitars and pounding drums. She spent five days a week teaching the classics. The last thing she wanted to do was listen to them on her off time too.

Lorraine
snorted again. “I mean, really, what kind of attention are you going to attract in
that
?”

Sophie returned to the present and glanced down at the outfit Lorraine was mocking. She wore jeans and a black, fitted T-shirt with the band’s logo on it. She frowned. “What are you talking about? I’m wearing the band’s shirt. What’s wrong with that?”

Lorraine
rolled her eyes. “Wearing the band’s shirt only makes you look like an obsessed fan.”

“If you want to catch a rock star’s attention, you have to stand out.” She giggled again in a girly way that made Sophie cringe.

“Well, I’m not planning on getting anyone’s attention. I just want to see the show.”

“Well, fine,” Lorraine countered. “Better for me anyway.” She laughed. “Not that you’d be any competition.” She squeezed Sophie’s arm like she was teasing, but Sophie knew better.

The doors to the venue opened right as they arrived, and everyone filed in mechanically. People shot Lorraine all kinds of horrified and amused glances. Sophie tried not to notice. She was actually trying very hard to pretend like she didn’t even know her.

By some weird miracle, she and Lorraine managed to find a spot directly in front of the stage. Sophie was elated for half a second before Lorraine wedged her way right in front of her, thus almost blocking her view with her enormous hair. Sophie let out a growling sigh and shuffled off to the side, situating herself in a better position. Shadows Rising was her favorite band, and she’d had to sacrifice her sanity to even make it to the concert. She refused to be thwarted by her cousin’s bad hooker hair.

She put her own light brown hair up in a ponytail and scowled at nothing in particular, recalling Lorraine’s never-ending assault on her looks and character. They’d driven down from Flagstaff to see the concert in Tempe. That was roughly four hours of listening to Lorraine bash her in every way imaginable in her fake, I-mean-well tone.

Lorraine
fancied herself a great beauty of supermodel proportions. In reality, the only kind of beauty competitions she’d ever win were the ones designed for French whores or drag queens. The woman wore more makeup than Sophie could comprehend. She wondered what Lorraine’s face
actually
looked like. She was pretty sure her complexion wasn’t really orange. And she knew the two slugs on her face that passed for lips weren’t real. The woman looked like Barbie on crack.

But she thought she was gorgeous. And she got supreme enjoyment out of criticizing Sophie because she didn’t lather on the cosmetics or dress like a hoochie. Sophie was just glad she was immune to Lorraine’s taunting. She knew she was no great beauty. She was short and nondescript, easily lost in a crowd, with an average shade of brown hair and freckles. She didn’t think she was unattractive, really, but probably ranked about a five on the hot scale. Not hot, but not
not.
Sophie was the poster girl for all the people who lived in the middle of the spectrum. She didn’t mind. Scoring a celebrity for a husband wasn’t part of her agenda. Neither was scoring a husband at all, actually. She enjoyed her life and was content with what she had.

But Lorraine sure got a kick out of beating her down as much as possible. Sophie had a feeling that Lorraine’s self-esteem was terribly low beneath her arrogant façade. It was the only reason for all the pancake makeup her cousin wore and her plastic surgery, too. How much liposuction had she had now? She’d had two nose jobs by the time she was twenty-five. And Sophie didn’t even want to think about the Botox and the collagen injections.

With another sigh, Sophie folded her arms and waited for the show to start. She wasn’t going to say anything to Lorraine, because all she’d end up hearing was a never-ending stream of insults, but she was secretly ecstatic that she would be able to see Zane Blake so close up. The man was a creative genius, in her opinion. While the band members helped compile the lyrics, Zane wrote all of the music himself. It was beautiful, and something about it called to Sophie’s soul, almost like she could feel his emotions in the notes of his songs. She looked forward to seeing the man play them live.

Was it bad to play all of your songs like you were on autopilot? Probably. Zane wondered if everyone in the audience could tell how out of it he felt. He glanced out over them while his fingers flew across the keys he loved, the keys that had brought him his dreams, his fame, everything he’d ever wanted in life.

The crowd moved like the sea, stabbing their arms into the air in time with the beat of the song, screaming and shouting like they always did. He must have looked fine.

What was he thinking? Of course he looked fine. He had done this so many times over the course of the last several years that he could do it in his sleep. His band mates could wheel him out in a coma and prop him up against something and he’d still be able to play the songs. The music he’d written had become ingrained in his DNA. Maybe that was the problem. Maybe everything had become so second nature to him that he had nothing to inspire him anymore. Maybe he really had let the life consume him to the point where it was just his occupation. If that was the case, how in the world did he get his passion back?

“The music inside of me is dead.”

“Dude, you’re telling us this now?” their guitar player, Matt, threw in. “We’re going on stage in five minutes! I mean, no disrespect or anything, but can’t we discuss this later?”

“Zane, what is it?” Rhonda prodded, kneeling down in front of him so she could look into his eyes. “What’s going on with you? You haven’t been yourself lately. We’ve all noticed it. You’ve been quiet and distant.”

“We’re supposed to record the new album after this tour ends,” Matt said. “Are you trying to tell us that you don’t even have any songs?”

“No, I have no songs,” Zane grumbled, shooting him an annoyed expression. “What part of ‘the music inside of me is dead’ did you not comprehend?”

That was the conversation he’d had with his band mates right before the show. He didn’t mean to take his frustration out on his friends. He just didn’t know what was wrong with him. He felt bereft and confused, not understanding why his inspiration had left him. For his entire life, he’d heard and felt music within him. Now, suddenly, he heard nothing. He felt nothing. Just emptiness. And the emptiness hurt.

How could the music that made up his entire soul suddenly vanish? It made no sense. If it was writer’s block, it was the writer’s block from hell.

He focused on the cluster of girls in front of the stage where he stood. There was a pair of black-haired twins rocking out harder than probably every other person in the room. He grinned, and his gaze wandered to the frightening blonde woman next to them who kept screaming his name and reaching her arms over the barrier. She hollered extra loud when she saw his eyes scan the crowd, and he suppressed a cringe.

He began to look back at his keyboard, but he did a double take when a sandy-haired woman shoved the blonde out of the way and gave her a scowl that should’ve killed her. For some reason, his heart tripped over itself and made his fingers falter. He played about three notes completely wrong before he looked back down at his hand and remembered where he was in the song.

Kate, their bass player, moved over to stand next to him; she shot him a concerned, questioning look as she played. He met her gaze and shook his head, making a goofy face that caused her to smile. Obviously convinced he was all right and had only made a silly blunder, she bounded over to the other side of the stage.

Zane raised his eyes to the sandy-haired woman, and his heart, once again, cartwheeled in his chest. He had no idea why. By all rights, she really shouldn’t have caught his attention. She didn’t stand out like some of the others. And she wasn’t head banging or flailing limbs. Once in a while, she’d put her hand up in the rock on sign, but mostly she just stood there bobbing her head to the beat.

For two songs, he kept his gaze on her, trying to figure out why his heart leapt to life at the sight of her and the hazy, muffled shroud he’d been living his life behind for the past few months lifted. In those moments, everything became pristine and crystal clear. He didn’t only play his music, he
felt
it again.

Erotica- Forever His/ Spanking by Skylar Faye
Collateral Damage by H. Terrell Griffin
The Emperor of All Maladies: A Biography of Cancer by Siddhartha Mukherjee
Good Night, Sleep Tight Workbook by Kim West
The Darlings by Cristina Alger
Magickeepers: The Eternal Hourglass by Erica Kirov
Tattoo Thief (BOOK 1) by Heidi Joy Tretheway
The Bound Bride by Anne Lawrence
Three Miles Past by Jones, Stephen Graham
What Happened on Fox Street by Tricia Springstubb
Our partner