My Beloved: A Thin Love Novella 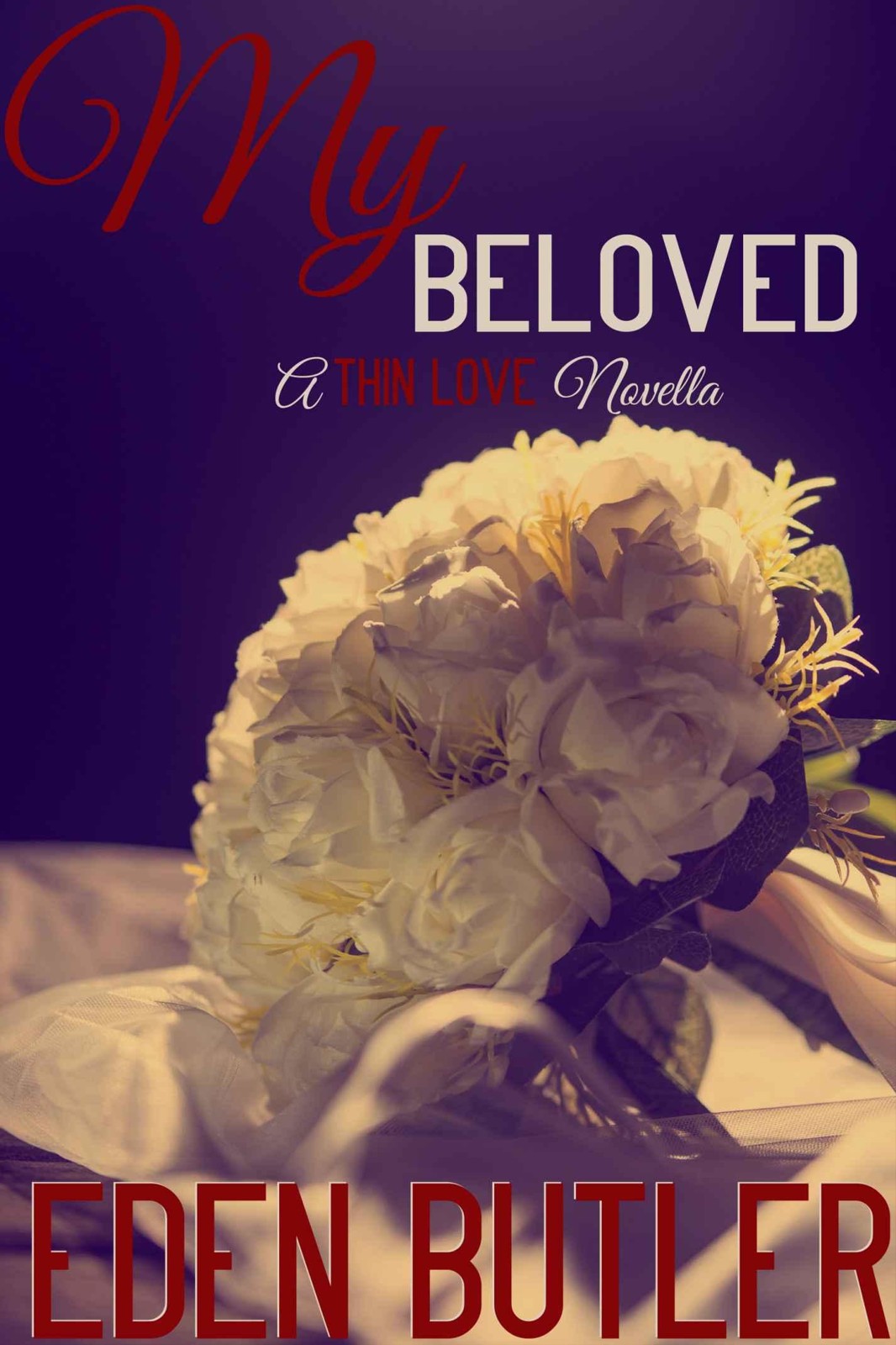 All rights reserved as permitted under the U.S. Copyright Act of 1976. No part of this publication may be reproduced, distributed, transmitted in any form or by any means, or stored in a database or retrieval system, without the prior permission of the Author. For information regarding subsidiary rights, please contact the Author Publisher.

Edited by Sharon B. Browning

The author acknowledges the copyrighted or trademarked status and trademark owners of the following word-marks and references mentioned in this work of fiction:

If you have a copy of this book that is watermarked or does not have a cover, know that it is stolen property. Please support authors by
purchasing
their books, not stealing them.

Seriously, karma is real and if you steal books, the Internet Gods will spread their wrath of nasty viruses on your devices and the author will laugh and laugh at the poetic justice.

THE WEDDING THAT WASN’T

For the readers who understood the chaos.

Here is your always.

“Me and you, we got more yesterday than anybody.

We need some kind of tomorrow.”

Keira wanted to find that song again, the sweet notes she’d hummed to Kona just the night before. She thought if she found it, if it came to her, then its sound would drown out the rip of Kona’s shout, the harsh tone of him screaming her name over the clatter of cameras clicking.

But the song would not come to her over the sounds of the surf. She could only hear Kona’s voice, see those wide, scared eyes, the betrayal in his expression, how devastated he was that she was running again.

“I didn’t want this,” Keira said, waving her hand around the heavy white dress that Kona’s aunt had promised made her look like a princess. “I just wanted…” She took a swig from the bottle that was supposed to have toasted an abandoned celebration, and pulled off the veil they’d knotted between braids and twists in her hair, dropping it into the water. A tiny shower of baby’s breath fell with the mesh and Keira watched the tiny flowers fall, floating until they sank beneath the wet sand. “I wanted Kona.”

Keira could just make out the white of the veil in the darkness, the way it caught in the water; she watched unseeing as the waves pulled the fabric further and further from the shore. Her eyes blurred as the tears came again and she gripped the bottle of champagne tighter in her fist. It had long since warmed, wasn’t remotely refreshing anymore, but Keira wanted to numb herself; she ached to make that hurt, shocked expression on Kona’s face disappear from her memory.

She used the heavy skirt covering her legs to dry her face, not caring that the silk was fine, that this monstrosity of a dress cost more than that first tiny apartment in Nashville she’d scrimped and saved to afford at the age of twenty-three.

The sun had set hours earlier and Keira shifted her focus, eyes slipping up to watch the moon as it settled over the horizon, against the black waves and their white caps that reflected the moonlight. She only pulled her attention from the moon and those calm, easy waves when her cell phone chirped. A glance down told her it was Ransom again, likely desperate to find her, anxious to know why she had run. But Keira couldn’t face her son. She couldn’t face his father, either. Not yet. Not when they had both lied to her, had kept her in the dark about so much, both of them.

Yes, she had run again. It’s what she did, what felt natural, safe, to get away, to escape. But this time she had run not to protect a baby growing in her belly or to keep herself away from her mother’s abuse. This time, she had run to keep away from lies, from betrayal, from being told one thing and given another.

“I just wanted
my
Kona,” she said to the bottle in her hand, watching the waves slap against the rock at her feet, wishing she could go back, erase the day, erase the week and all the promises that Kona hadn’t kept and the reality of Keira being second string in her own life.

Kona was
her
perfect.

He snored. Sometimes, he left the toilet seat up and he always kept his massive shoes right next to the bed. Keira had broken her pinkie toe twice because of them. Kona was not perfect, but he was her perfect.

She loved the long, large planes of his body, the way his naked chest brushed her chin as he moved over her. She loved how he arched his neck, how he always held onto her, gazed down at her as he took her.

And Jesus, how she loved when he did that.

“Knees up, baby.” His voice was shaky, raspy, and that smile, that irresistible smile that Keira had learned decades before would be trouble, was still beautiful, still meant only for her. That smile grew even wider when she lifted her legs and pulled his hips closer.

“Like that?” Her eyebrow came up and she felt her cheeks ache when his tempting smile faltered, wavered under the strength of her movements.

Kona gripped the pillow above Keira’s head, grunting as he thrust harder into her, pushing her deeper into the mattress. “Yeah…
shit
, yes, baby, just like that.”

She would never be tired of them together, him inside her, the way he looked at her, the soft whisper of her name flitting off his lips as he climaxed. Their bodies sounded like music, coming together, skin damp, fingers nimble, eager as they touched each other. She’d missed this. He had only been gone a week this time and still her body missed his so much. It was all she could do to keep her pulse from bursting through her skin.

His arms shook, elbows trembling and Keira knew he would not last long. The nights had been too many and he’d missed her, too, had ached for her body while he was away on his latest temporary assignment with ESPN. She’d barely opened the door before he had her naked and flat on her back.

A quick kiss and she moved, pushed Kona over and on to his back against the large mattress, climbing over his lap, knees against his hips as she rode him. He fit his fingers around her waist but didn’t guide her, didn’t show Keira how to move. She knew already.

“Christ, you are beautiful, Wildcat.”

And she did feel beautiful, just then, with her back arching as he filled her, Kona’s hand cupping one breast, his low, awed words whispered into the dark room as she took him harder, deeper. She always felt beautiful with Kona. Every second she was with him, when he touched her, when he kissed her, even when she pretended to be asleep as he watched her. Keira felt like the most beautiful woman on earth, but that was Kona. That was what he did to her. She’d been without him for so long that just a few months of them together again, learning each other, planning a life, a future with their son, with more children that he begged her to have, felt like moments compacted, pressed together in something no one had a right to feel. The years of loneliness had disappeared in four short months and Keira and Kona were finally there together, the past misplaced in the happiness their new lives brought them.