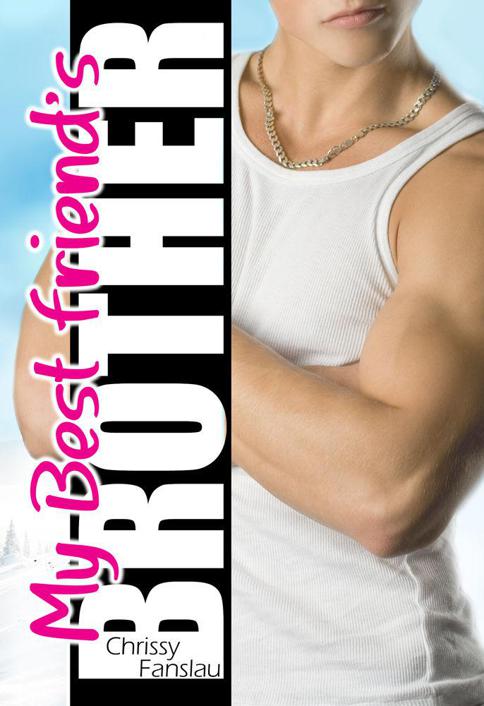 All rights reserved. No part of this book may be used or reproduced in any manner whatsoever without written permission except in the case of brief quotations embodied in critical articles and reviews. For information address Cold Snap Studio via the worldwide web:
www.ColdSnapStudio.com

and some strong language.

My guidance counselor sat with his feet on the desk, rocking in his leather office chair, looking through a
Sports Illustrated
while sucking on a lollipop.

I cleared my throat to make myself known. He jumped from his seat and flashed me a smile.

Henry Bias is a man of medium height who bears a striking resemblance to actor Cuba Gooding, Jr. Think
Snow Dogs. Outbreak. Pearl Harbor.
He sounds just like him, too.

He sat again as soon as I parked myself in the blue interrogation seat. He shoved the
Sports Illustrated
into his desk drawer. “Some boy left that here,” he totally lied. He straightened his tie. “And how are you today?”

“I could be better.”

His office makes me a bit claustrophobic. It’s almost entirely occupied by his enormous desk, some posters and his master’s degree. One poster on the wall above his head read,

“Psychology: know everything about everyone.”

That explains a lot.

“Good, good,” he said, pulling out my file. “Now, Adonia, you’re here because you want to talk.”

“I’m here because
you
want to talk,” I noted.

He looked at me with his permanent grin. “Right, right…” he said between his teeth. He took a deep breath and said, “Okay! How’s the boyfriend doing?”

“We broke up a month ago,” I reminded him.

“Oh,” he said sympathetically. “Do you want to talk about that?”

“It’s good to talk about things that bother us!” he said enthusiastically.

“It doesn’t bother me.” Jake-the-horny-toad Andrews was the last thing I wanted to discuss with him.

“Do you want to talk about anything that
does
bother you?” he asked, blindly turning pages in my file.

Figures he wasn’t sure. Half the time I talk to him he’s in another dimension, staring above my head with that grin. “She’s going on vacation.”

I shifted in my seat. “I’m kind of jealous.”

“Oh. So you want to talk about that?”

He looked above my head and nodded, stroking his chin with his thumb and index finger. “Good, good. Go right ahead, I’m listening.”

My head fell into my hands. The next time I looked up he still smiled at the wall behind me; at a poster of two hula dancers on a Hawaiian beach.

“So you don’t want to talk?” he pressed once his vacation was over. “It’s confidential!” he exclaimed, grinning ear-to-ear.

I heaved a sigh. “My mom’s never home. Lilly’s mom is more of a mom to me than mine ever was. What does that tell you?” I pondered.

He held his chin and looked up thoughtfully. “That Lilly’s mom is a housewife and your mom isn’t?”

This guy’s got the most
useless
job on the face of the earth!

He held up a finger and searched frantically through my file. “She
is
a housewife, right?” He laughed nervously. “Well anyway, your mom’s career is clearly
very
high priority. She’s just doing the best she can. Have you considered
your
career path?”

“Good, good. That’s what I like to hear.” He scratched his head and thumped the eraser side of a pencil on his desk. “So, which university did you apply to?”

“I applied to the one in British Columbia.”

Mr. Bias nodded. “Well, I moved up here for work,” he said, “and I can’t afford to leave!” His smile evaporated for a second as he stared, teary-eyed, into oblivion.

When he was back, his smile returned. “Any others?”

“No.” How many colleges do I need to get into, anyway? In the end, I can only attend one.

He laced his fingers and rested his hands on the desk. “How do your parents feel about that school?”

“How do you
think
they feel about that school?”

My expression was blank.

“Well, let me rephrase that. How do you feel about how
they
might feel?” he asked with little hand gestures.

“Do you want to talk about it? This is a very confusing time for you, no question about that!”

I rolled my eyes. It’s funny how he thought
he
had to tell
me
that this was a ‘very confusing time’ for me.

“Well then, I’ll see you next week! Unless you have other things you’d like to discuss today…?” He raised his eyebrows skeptically.

“No thanks,” I said, about to bolt out of there.

“Good, good. Feel free to come by any time you’d like to talk. I’m here to help!”

My parents, college, Jake, decision-making—everything I
didn’t
want to talk about, he brought up.

He even defended my poor excuse for a mother!

God, what’s that man
paid
for?

“You have a
twin brother?
” I shrieked by Lilly Jacobson’s locker. As her best friend, you’d think I’d have been informed.

“He’s flying in tomorrow. If you want, you can come pick him up with me!” She held her hand out. “I am hereby
officially
canceling skate night!”

Then—like she didn’t just say something serious—Lilly multi-tasked gathering her books and breaking some poor jock’s heart. She shooed him away like a roach.

It really is too bad—the guys at our school aren’t much to look at, and he was one of the better looking ones.

“You have a
twin brother?!
” I repeated in utter shock.

I had no clue what was going on, why she didn’t think that jock was hot, or why this
brother
was not important enough to mention before, but I expected an explanation.

Jock-free, she moved her long, flowing blond hair out of her face and searched her locker. Guys gazed as they passed by, because, well, she’s hot.

The yellow hallway was jamming with noisy, pushy people headed for third period. The halls were clogged.

She slammed her locker door, dug her strawberry nails into my arm, and we plunged into the roaring crowd. “Yeah, I have a brother! I haven’t seen him in two years! Our parents divorced when we were three and he mostly lived with my dad in the lower forty-eight! Mom and I lived in Germany for eight years and then she married
Burke Jacobson,
” she said with a sneer, “—and they moved me here!”

Lilly wore hip hugger jeans and a form-fitting pink tee shirt that titled her “Pink Princess” in glittery letters. She’s five-two, with aquamarine eyes and semi-wavy blond hair down past her thighs. Moreover, she has a light German accent and guys drooling over her twenty-four-seven.

I, on the other hand, never have to beat guys off, because I’m ordinary. I wear contacts because I’m legally blind, I’m five-one, have long brown hair, and an embarrassing habit of thinking with my mouth. Seriously, I blurt the
stupidest crap,
usually under stress.

God, could you imagine me at a job interview?

In math class, I sat next to Lilly. I pushed her pink book bag to her side of the desk, secretly wondering how much this
twin brother
that popped out of nowhere would affect our lives.

“Oh, by the way,” she added, “Mom and I prolonged our vacation to Miami Beach. We’re going for three weeks, not one!”

“Three weeks!” I groaned. As if canceling skate night for a
brother
I never knew existed wasn’t bad enough!

“Yeah,” she said cheerfully, like it wasn’t a big deal. ”So, do you wanna pick him up from the airport with me?”

“Yeah,” I mumbled. You’d think she would’ve at least mentioned him after she last saw him
two years ago!

I thought
what’s wrong
should be pretty obvious. But I mumbled, “I have a headache.”

She pulled out a sample packet of Aspirin. It was all crumpled, like it lived in her book bag since junior high. Was she even allowed to have those in school? “Here. You need it more than I do.”

The final bell sounded. A lanky substitute walked in holding a six-inch-thick block of papers. He started handing packets out as he took attendance. When he called Lilly, she hurried to get hers.

“Oh, look,” she breathed. “A hundred math problems!” She grabbed the Aspirin sample off my desk. “Gimme that.”

We got to the airport at nine o’ clock. Lilly stressed about how we were late, and what she was supposed to wear when she gets on her plane to Florida. I wish I had
that
problem!

There were people everywhere. Seriously, it looked like the entire state of Alaska was packed into the airport. I lagged behind, irritated at the poking elbows and all the
Excuse me
-s and
Sorry
-s.

“You okay?” Lilly’s pace slowed. She grabbed my sleeve as if I were going to get away.

“I’m great,” I grumbled, barely even believing myself. Who was I kidding? I had to be home by ten, my best friend will be too busy for me when she and her mom leave on
vacation
, and I’m single.

At the terminal, we sat in silence for a while.

“Still excited about being a senior?” Lilly asked.

I sighed. “Kinda.” On the down side, I have way too much to do before graduation. On the up side, I have to cope with my parents for only seven more months.

“I’m counting the days! I am
so
moving to the beach when I’m done!”

I’d move with her, but Lilly didn’t apply to any colleges. And as far as
living
goes, I don’t mind the cold climates.

A large group passed through the doors of the terminal, but she didn’t get up to meet any of them. She was focused on the screen that displayed the flight information. His plane was late.

I spent nearly an hour waiting for a guy I’d never even seen a picture of, wondering every time I saw a “blonde guy”—as he was so vividly described—if it’s him. But how hard can he be to spot, right? He’s her
twin
, he’ll look like
her.

“I can’t
wait
to go on this vacation! Me, Mom, my aunt, my mall-loving cousins and Miami Beach!” She chattered endlessly, which is why she’s dubbed Chatterbox Lilly.

And, as often happens, I phased out.

I wish Mom took me on a three week “educational” vacation and kept
me
out of school!
But I barely see my mom. She’s a cultural anthropologist—she travels
all the time
. So I’m stuck home with Dad, a novelist. He spends all day in his office and gives me the be-home-by-ten-each-night lecture every morning.

Speaking of which, I figured I really should go. Her brother’s plane was even later than we were, and I couldn’t wait any longer.

I sighed uncomfortably, just as she laughed.

“You know, I don’t even know what to say to him! We’re not even that close! It’s weird.”

“Recap. Why is he moving in with you all of the sudden?”
And why was I not informed he
exists
before he had to?