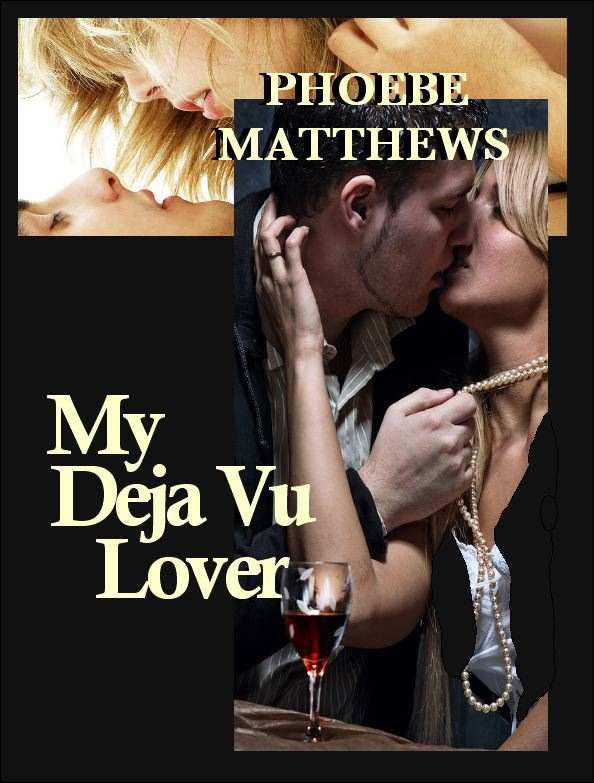 This is a work of fiction. With the exception of well-known historical personages, any resemblance to persons living or dead is purely coincidental.

All Rights Are Reserved. No part of this book may be used or reproduced in any manner whatsoever without written permission from the author.

The first time I saw the accident was on Tuesday afternoon. I was standing with my friend Cyd at the corner of Westlake and Pine, waiting for the light to change to WALK so that we could cross Pine and check the sale racks at Nordie’s before I went to my interview and Cyd returned to her office.

There was nothing unusual about the day. It was typical Seattle late winter, the sky yellow-gray where the low sun tried to shine through the endless cloud cover, the

store fronts dull behind the mist, the sidewalks slick. People hurried, heads ducked, collars turned up, but only a few bothered with umbrellas. In Seattle we try to ignore rain.

I had clerked through the holidays at an exclusive dress shop, then been laid off when sales slowed.

Running my hand across my hair, I could feel the damp film on my long, thick mop and knew that by the time I reached my next interview, my conditioner-tamed curls would have dissolved into frizz. And then all anyone ever saw when they looked at me was blond bimbo. Actually, my hair is a light reddish brown, not blond, but I am short and curvy and have an upturned nose and full mouth and that’s the reaction I get, bimbo. Not a word people say aloud to me but there it is, written all over their faces.

My suit was rain-dotted, my new killer heels water-stained. Cyd ignored the mist as only she could, unaware that it left its sleek sheen on the broad planes of her face. Her gray eyes peered calmly through the streaked lenses of

her glasses. She spoke rapidly, planning a trip for us next spring, the first trip the four of us would take together, explaining we would travel in Macbeth’s car.

Cyd liked to make long range plans. I never planned anything past the next weekend.

“Tom’s car would never make it over the pass,” she said, laughed, and added, “if he could get it started at all. Come on, April, the light’s about to change.”

I tried to forget the two job interviews I had endured that morning, polite faces telling me the position was filled, nothing else opening, but do keep in touch. A weekend away, the four of us, sounded good, except the driving part. Deep in my gut I had this terror that filled me with nausea and took away my breath any time I was in a car on anything faster than a downtown street. No idea why. Never been in an accident. But this trip Cyd was planning, east across the Cascades, was months away and so why worry now.

As Cyd spoke, I imagined Macbeth at the wheel, Cyd beside him, Tom and me in the back and that might be okay.

And then I saw the crash.

I looked up at the stoplight. In its place was a palm tree. A blinding dazzle of blue sky, primary blue, the shade I used to color the sky when I was in first grade, was broken by palm fronds atop telephone-pole shaped tree trunks.

I could feel the sun heat, the vision was that realistic, and I smelled a cloying sweet cologne. I wasn’t sure if the cologne was mine or was being worn by the person next to me, a man, but before I could turn and look at him, I saw the oncoming car. Saw, in that other car, the three people who mattered most to me in all the world, Cyd, Macbeth and Tom.

Perspiration popped out on my face. My fingers cramped around the steering wheel. I peered through the sun-streaked windshield. I was driving, unbelieving, numb with fear, my thoughts a mirror of their terrified expressions. There was something different about them and about the car but I could not define it. All I could see, through the turmoil of my fury and horror, were the three pale ovals of their faces, their eyes wide. I saw Macbeth’s arm flash in front of Cyd’s shoulders as if to hold her back, and Cyd’s mouth formed the scream, No!

I saw the palms of Tom’s hands pressed against the windshield as though he could hold the two cars apart.

The man beside me in the car I was driving tried to grab the wheel and turn it, pulling. Pain shot through my wrists as I tightened my grip. He screamed a string of oaths, sound screeching with the tires, anger as hot as the day, my own voice ripping out of me. And somewhere inside me my heart exploded.

Even then, even while I stared at my best friends and my throat muscles cramped to hold back my own screams, I tried to bat away his hands, stop us, stop the car, and my foot jammed down hard on the gas.

And then I was back standing in the rain on the corner of Westlake and Pine, the center of the retail district in Seattle, surrounded by tall old buildings that housed Macy’s and Nordstrom, and by the glass-walled Westlake Mall, by so many other normal everyday sights.

My heart pounded against my ribs. My palms were wet with nervous perspiration. My breath came in quick gasps. Damp-coated people brushed past and cars swished by on the wet street. Overhead the monorail hissed away from the loading platform.

I was shaking violently in the cold rain. I stared at her but couldn’t speak.

She caught my arm, turned me around, led me across a couple of streets and into Nordie’s, marched me to the escalator. My brain was paralyzed. We rode up several levels, then walked the length of a floor past racks of clothing until we reached the store’s restaurant. It was almost empty now, a little late for lunch, a little early for coffee break. Cyd pushed me firmly into a booth and told me to stay there. I wanted to put my head down on the table but knew that if I did, I would probably pass out and fall off the bench.

Cyd returned with a coffee mug, not easy because this wasn’t a self-service place. She marched toward me in her neatly belted raincoat, a fierce expression on her face. A distressed waitress scurried behind her, but when Cyd turned her head so quickly that her short black hair fanned out and then she glared at the poor woman, the waitress did an abrupt turn away from her. I didn’t try to figure out Cyd’s action. I pressed my palms against the mug and let the warmth seep into my cold hands.

Slowly the space around me came into focus, the wall of booths, the polished tables and chairs in the center, the commotion of customers through the open archways.

Cyd slid into the booth facing me. She tossed her purse on the table between us and her wet raincoat on the seat beside herself, then said, “Feeling better?”

My teeth stopped chattering so I guessed I was better and nodded. My suit jacket was wool. Mist beaded on it but did not soak through. I could feel moisture sliding through my frizzy hair. Grabbing at the handful of paper napkins that Cyd had dropped on the table, I scrubbed at my face and neck, dried my hands.

“Didn’t you bring an umbrella?”

She didn’t bother asking why I wasn’t wearing a coat. She knew I never did, not to interviews, because then I’d have to carry it around indoors and I hate doing that.

Had I started out the morning with an umbrella? “I think so.”

“Then you’ve left it somewhere.”

No point answering. Obviously, I had lost another umbrella. Like Hansel and Gretel with their bread crumbs, my trails of umbrellas disappeared all over Seattle and I could never track them.

“Hope you’re not coming down with flu,” she said, her voice softening.

Cyd really was my best and dearest friend, even if we were so different. She was organized and sensible and I admired her tremendously but didn’t even try to imitate. She was everything I wasn’t, tall, slim, her dark hair always sleek and shiny.

“Had anything to eat today? Shall I order lunch?” she asked.

“No.” I stared at her, not knowing how to explain.

As usual, she saw right through me and almost seemed to read my mind. “So what spooked you?”

“Don’t know,” I said, then met her gaze. “Okay. I saw a car crash. Two cars. Right before we crossed the street. Only the crash wasn’t there, not on Pine, but it was, too, right when we were waiting for the light.”

Cyd frowned. “There wasn’t any accident.”

“I know. I know that. But I saw it. I saw palm trees and blue sky and two cars. I was driving one of them.”

“I was wide awake.” I wrung my folded hands literally, something I had heard of people doing but not actually seen anyone do.

Cyd reached across the table, placed one firm hand on top of my hands. Stopped me. Looked at me with those calm eyes. “Yes, I understand, it was kind of a vision, but have you seen it before? Like in a dream, or more likely, one of those recurring childhood nightmares.”

“No, not like that. Not my imagination. It was real. I was there. I could feel the heat and I could smell, oh damn, aftershave! That’s what it was, he wore aftershave, my dad used to wear that stuff, kind of a heavy sweet smell, and I was driving and there was this guy next to me but I don’t know who he was.”

“Maybe you’re remembering something that happened long ago.”

I was twenty-five years old and had never learned to drive because the truth was, I was afraid of cars and had been for as long as I could remember.

E by Wrath, Kate
Sullivan's Woman by Nora Roberts
Fix You by Beck Anderson
How to Lose a Bride in One Night by Jordan, Sophie
Cold Midnight by Joyce Lamb
The Big Black Mark by A. Bertram Chandler
Jaded Tides (The Razor's Adventures Pirate Tales) by P.S. Bartlett
ARRESTED: A Stepbrother Cop Romance by Stephanie Brother
Her Valentine Family by Renee Andrews
C is for Corpse by Sue Grafton
Our partner