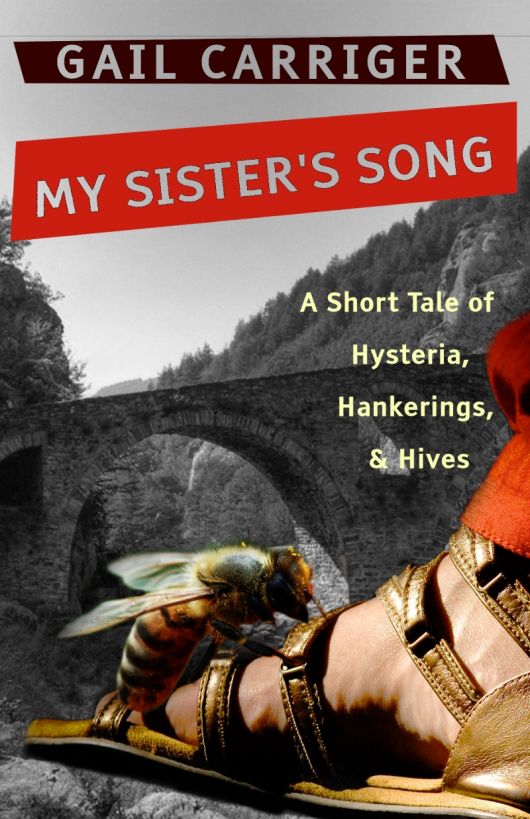 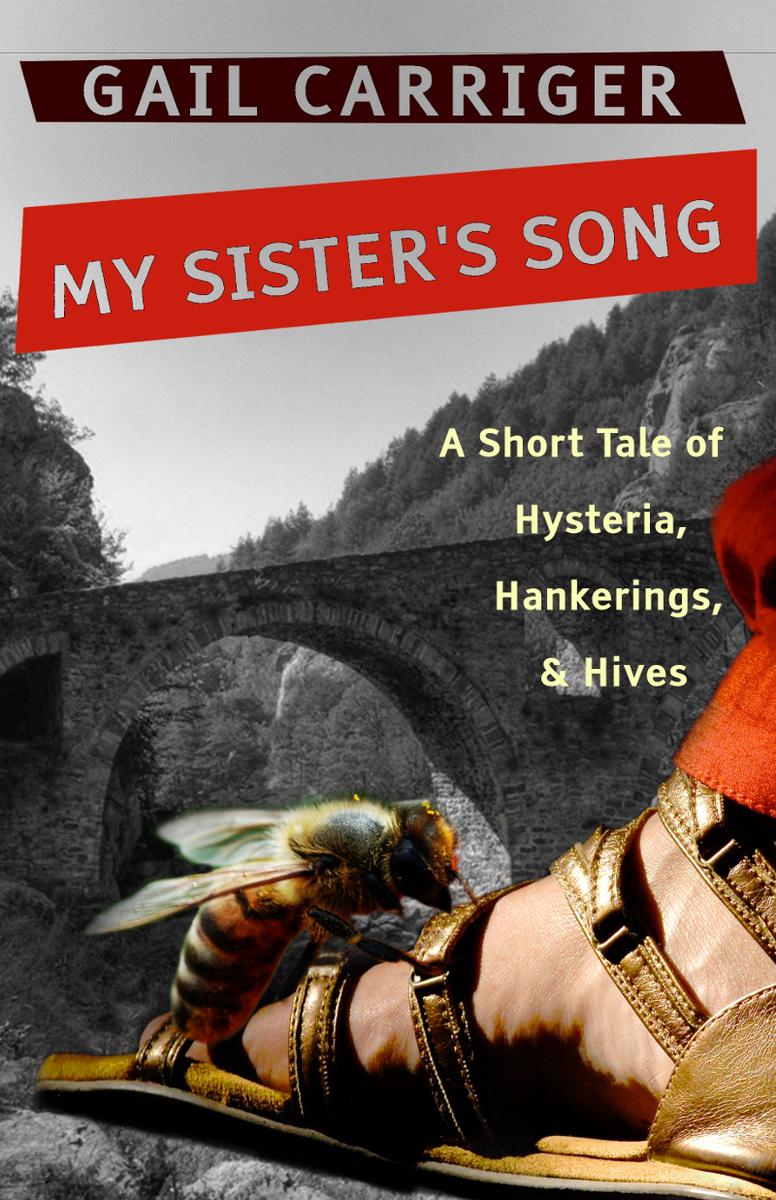 This book is a work of
fiction. Names, characters, events, and locations are fictitious or
are used fictitiously. Any resemblance to actual persons or events,
living or dead, are entirely coincidental.

This file is licensed for
private individual entertainment only. The book contained herein
constitutes a copyrighted work and may not be reproduced, stored in
or introduced into an information retrieval system or transmitted
in any form or by any means (electrical, mechanical, photographic,
audio recording, or otherwise) for any reason (excepting the uses
permitted to the licensee by copyright law under terms of fair use)
without the specific written permission of the author.

Arite has told me I must
write this down, since nearly ten summers have passed and secrecy
is no longer strictly necessary. I said to her, “My fingers are
more used to knives than quills, and you are the singer in the
family, not I.” Arite only smiled and hummed a little tune. I told
her that she was the one who gave me the idea, so she has just as
much right to tell of it as I. And she would tell it better. Arite
shook her head and said that the story was mine to tell. She is old
enough now for me to listen to her. Mind you, I won’t do it often.
I wasn’t born the elder for nothing. In this case my sister may be
correct (a grudging admission), the story should be told. But in
truth, it was her song that started it all.

I was picking mushrooms
from the mossy bank of the forest creek when I heard her singing. I
was plucking them carefully, from the bottom of the stem so that
they wouldn’t bruise. Those little gray wiggly capped mushrooms
that hug the bases of the trees like children hiding their faces in
their mother’s legs. The singing came, my sister’s voice, wound
into the low vibrating burr of a bee Charmer. I did not know until
then that she had mastered the bee’s song. At first I was delighted
by the noise, it meant that the small flat cakes of bread father
cooked for evening meal would be sticky sweet. Then I remembered
the year time and the weather we’d been having.

Judging by the sound she
was about twenty paces away, and yet the song was near its finish.
I took off fast, dropping my mushroom basket so that its precious
cargo scattered on the moss. The second I realized the danger I
began to yell. Fear lent me the Deer-god’s swiftness and I covered
those twenty paces in a heartbeat. I reached her in time to see her
gently lift, at the end of a forked stick, the first of the honey
combs out of the hive. The combs were still green, capped with a
thin covering of wax. Even so I could see that the honey inside was
faintly red in color.

Arite was bent over the
hollowed stump, intent on her work and her song. Charmed by its
vibrations the bees did not protest her presence, but they became
slightly annoyed at my footsteps. She was touching a finger to the
golden mass when I crashed into her. As I tackled her she stopped
her song, dropped the honeycomb and began to yell. Without the
song, the bees became instantly alert to her invasion.

I took her with me in a
roll, me yelling at her to stop, her yelling at me. She used
several vulgar words I felt that a girl of thirteen summers ought
not to know and resolved to have a talk with father on the subject
of her play-fellows. The bees began to gather together, exchange
tactical maneuvers and plans of attack, and then turned in a huddle
toward us. I lifted her up and pushing her before me, charging us
both toward the creek. Halfway there we began to flail our arms
about our faces, batting away the stinging creatures. Arite hit the
water first, still yelling at me, and submerged herself hurriedly.
I followed suit. Both of us lifted up only to breathe, briefly
exposing our mouths before sinking back down. The water was as full
and as cold as only wet spring waters can be.

Eventually, the bees became
bored hovering above the cold stream and returned to assess the
damage. My sister and I hauled ourselves out of the stream,
decidedly bedraggled. Instantly, she began yelling again, calling
me all kinds of a fool, telling me that she had been perfectly
safe, many times she had sung the bees into submission. Finally,
she settled into that type of deep seriousness and gravity that
only the very young can achieve.

“Mithra, I know you have
been fighting for a year, but I have grown while you were away. The
singers have been training me. I have the voice to be a Charmer. I
am not meant to be a warrior like you. And from what I have seen of
your brilliant actions this day,” she gestured to the welts already
forming on her arm, “I certainly don’t want to!”

She wore herself out and
collapsed dejectedly upon the bank. I sat next to her wringing out
my long warrior’s braid and looking not at all apologetic.

“Did you, by any remote
chance, mark the type of spring we were having this year? If you
intend to become a Charmer you will have to know your bees better
than this. By the Deer-god’s horns, Arite, you have lived your
entire life in these parts, what possessed you to sing for honey
after a wet spring? I barely stopped you before you took a taste,
have you remembered nothing?”

She gave me a
blank look. I plucked one of the deep pink
rhododendron
flowers from a bush and
waved it in front of her face. “Do you see any other flowers
blooming? Any
amarantha
or
oliander
? No. Nothing but goatsbane
throughout this wood, and all the surrounding
countryside.”

Arite lost
her angered adulthood and lapsed into frightened childhood. Had I
not reached her in time she might have eaten that honey. Both of us
were raised on the stories, both of us learned by experience - do
not eat honey after a wet spring. For when rains have continued
longer than they should flowers are knocked from other plants, only
the hearty
rhododendron
and her sister
nerium
survive to show glorious
faces to the early sun. The bees are forced to choose between those
two plants, goatsbane and dogsbane, each a deadly poison. The honey
they produce is equally toxic, so strong that a taste brings on
dreams and sickness, to children - death. When I first reached my
moon-time the Melissai fed me a fingertip full so I could see my
future. It was to be my only taste, unless of course my path was
that of a seer, like them. Arite, just five summers, had watched me
writhe and scream through the morning, and held my head as I lost
several past meals onto the grass.

In my dreams, a spider wove
a net of light, a glorious pattern of gold which melted into honey
when I touched it. Then the spider leaped and turn into a black
wish-seed, and I knew that if I caught it I could have anything
that I desired. I chased it through the forest and over the Inner
Sea, its water black as coal. The seed settled there and was eaten
by a silver fish.

The Melissai said that the
spider wove a net of war, and that I chased a wish of freedom
toward a weapon of black and silver. So my role among the
Heptakometes was determined. My dreams made me a warrior, but the
Melissai always twisted the dream toward the profession best suited
to the dreamer anyway. Arite would dream a song, or something that
could be interpreted as a song. No one ever doubted that I would be
a warrior, from the moment I walked – I ran, from the moment I
spoke – I yelled. Arite would be a Charmer for her walk had always
been a dance just as her words were always a song.

“Come,” I said, lifting her
up from the bank and steering her back into the woods, “we have
mushrooms to pick.”

Arite and I returned to the
village as the sky was darkening overhead. We had collected not
only mushrooms but a few early fern fronds as well. Father was
pleased with our provisions and we kept our encounter with the bees
to ourselves. Joheri, my scout leader, raised her eyebrows at my
stings, but asked no questions. I shrugged at her, days of silent
marching making words unnecessary among arms-mates.

Our warrior’s training camp
was situated two hills over from the village proper. This was,
ostensibly, to keep the noise level down. We warriors are a raucous
bunch. After too much barley ale we are prone to barking songs
rather than singing them. The Charmers complain. Many summers ago
we moved, two hills over. Far enough for the yelling to be a faint
mummer in the village but close enough to run and aide - should we
be needed. I often felt that there was something else, a way in
which our very energy interfered with the practices of the Melissai
and the Charmers. Whatever the case it suited us all.

The Melissai were to say
that every step of that spring day was set for me to remember it in
the week to come. Perhaps this is true. Had Arite not tampered with
the bees I might never had thought to make warriors of them. But
here I am getting ahead of myself (that too, is the mark of a
warrior).

I was back in the forest
three days later. A two day march away from the place Arite and I
found the bees, but still the same forest. My scout group and I
were on a routine search. The Council of Ten Tribes, in its
doubtful wisdom, had allied with our neighbor and long-time enemy,
King Mithridates. We both heard the growling stomach of Rome who
would devour us both. It was decided that together we might prove
less digestible, like a rotten piece of meat. We would not kill
her, of that we were certain, but we might make Rome unwilling to
taste our particular region and focus on another.

It was like a bitter wine
to Mithridates, having to ally with us Heptakometes. We had kept
him out of the lush south-east region of the Inner Sea for our
entire recorded history. Our mobile groups of warrior-scouts
harried his sluggish troops from the trees and then vanished.
Unfamiliar with the terrain, unable to find food, and harassed,
Mithridates’ soldiers inevitably ran. It wounded his dignity to
ally with us - but even he recognized Rome for the hungry beast she
was. It chewed our pride as well, until we saw the first centurion
of Roman soldiers on our land. A bristling, impenetrable porcupine,
with spines of spears and fur of chain-mail. The spring of Arite’s
thirteenth year they were already beginning to harass our southern
border. The villages to our west sen warriors with the news.

Three scout groups from our
village, mine among them, were dispatched to help our southern
neighbors. Thus we moved through the forest toward the border of
our territory and into the unknown.

Joheri came into my tent
and woke me well before dawn. “The other scout leaders and I have
decided, Mithra, that you are to go ahead. You are the swiftest,
the quietest and the most seasoned of my warriors. I want you off
now, south along the stream, we will follow. You are to report back
by eventide. Not to worry, we will disassemble your tent and carry
your pack.”