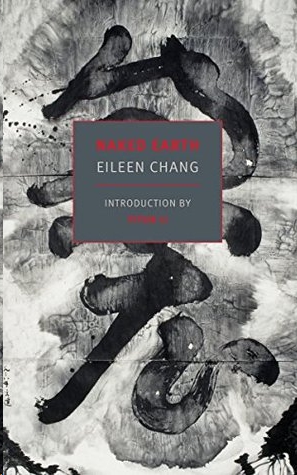 EILEEN CHANG
(1920–1995) was born into an aristocratic family in Shanghai. Her father, deeply traditional in his ways, was an opium addict; her mother, partly educated in England, was a sophisticated woman of cosmopolitan tastes. Their unhappy marriage ended in divorce, and Chang eventually ran away from her father—who had beaten her for defying her stepmother, then locked her in her room for nearly half a year. Chang studied literature at the University of Hong Kong, but the Japanese attack on the city in 1941 forced her to return to occupied Shanghai, where she was able to publish the stories and essays (collected in two volumes,
Romances
, 1944, and
Written on Water
, 1945) that soon made her a literary star. In 1944 Chang married Hu Lan-ch’eng, a Japanese sympathizer whose sexual infidelities led to their divorce three years later. The rise of Communist influence made it increasingly difficult for Chang to continue living in Shanghai; she moved to Hong Kong in 1952, then immigrated to the United States three years later. She remarried (an American, Ferdinand Reyher, who died in 1967) and held various posts as writer-in-residence; in 1969 she obtained a more permanent position as a researcher at Berkeley. Two novels, both commissioned in the 1950s by the United States Information Service as anti-Communist propaganda,
The Rice-Sprout Song
(1955) and
Naked Earth
(1956), were followed by a third,
The Rouge of the North
(1967), which expanded on her celebrated early novella, “The Golden Cangue.” Chang continued writing essays and stories in Chinese and scripts for Hong Kong films, and began work on an English translation of the famous Ch’ing novel
The Sing-Song Girls of Shanghai
. In spite of the tremendous revival of interest in her work that began in Taiwan and Hong Kong in the 1970s, and that later spread to mainland China, Chang became ever more reclusive as she grew older. She was found dead in her Los Angeles apartment in September 1995. In 2006 NYRB Classics published a collection of Chang’s stories,
Love in a Fallen City
, and in 2007, a film adaptation of her novella
Lust, Caution
, directed by Ang Lee, was released.

PERRY LINK
is Chancellorial Chair for Teaching Across Disciplines at the University of California at Riverside. He translated China’s Charter 08 manifesto into English and recently co-edited
No Enemies, No Hatred
, a collection of essays and poems by Liu Xiaobo. His latest book is
An Anatomy of Chinese: Rhythm, Metaphor, Politics
and his translation of the autobiography of the Chinese dissident astrophysicist Fang Lizhi,
The Most Wanted Man in China: My Journey from Science to Exile
, will be published in early 2016.

IT CAN
be embarrassing for a China scholar like me to read Eileen Chang’s pellucid prose, written more than sixty years ago, on the early years of the People’s Republic of China. How many cudgels to the head did I need before arriving at comparable clarity? My disillusioning first trip to China in 1973? My reading of the devastating journalism of Liu Binyan in 1980? Observation of bald lies in action at the Tiananmen massacre in 1989 and in the imprisonment of a Nobel Peace laureate in more recent times? Did I need all of this, and more, before catching up with where Chang was in 1953 in her understanding of the language and politics in Communist China—how things worked in daily life, beneath the blankets of jargon? In graduate school I did not take
Naked Earth
and its sister novel,
The Rice-Sprout Song
(also published in 1954), very seriously. People said the works had a “KMT [Nationalist government] bias.” How silly.

Readers of NYRB Classics will know Chang as the author of
Love in a Fallen City
, a collection of her best-known stories from the 1940s, finely translated by Karen Kingsbury and delightful for their evocative language, psychological insight, moral acuity, and close observation of Chang’s social milieu, the Chinese urban elite. In
Naked Earth
and
The Rice-Sprout Song
, Chang turns her attention to the years 1949 to 1953, and she writes about parts of China—agricultural villages, a Communist newspaper office, soldiers in the Korean War—that were new to her. Given her background, one might ask how she could make this transition as smoothly as she did. Certainly her skill in imagining the private thoughts of people as they interact, so expertly honed in her earlier fiction, continues to serve her well; in addition she seems, like George Orwell, to have almost a sixth sense for immediate comprehension of what an authoritarian political system will do to human beings in daily life. She looks past the grand political system itself, showing little care to rebut it on its own terms; she focuses instead on the lives of people—how they feel and behave as they adapt to what the system forces upon them.

Still, a question remains of how Chang could know about land reform in the Chinese countryside or about the Korean War without firsthand experience of these events. Perhaps sensing a need to address this question, Chang writes in prefaces to both
The Rice-Sprout Song
and
Naked Earth
that the novels are based on true stories. (She had never offered similar assurances about her earlier stories.) Chang did travel to rural China, at least briefly, in the years immediately before and after 1949, but most of the material for her novels seems to have come from secondhand accounts or from published sources. “Self-criticisms” by officials and descriptions of famines had appeared, after combing for political correctness, in the state-run press. Chang could read past the propaganda overlay and infer what had happened. She also appears to have learned from
The Sun Shines over the Sanggan River
, Ting Ling’s Party-approved long novel (published in 1948 and winner of the Stalin Prize in 1951) about land reform in Communist-held areas in the 1940s. Chang Ch’ien-fen has noted a broad range of “intertextuality” between
Sanggan River
and
Naked Earth
on questions that range from how farmers wash their hands to what public “struggle sessions” look like. The main difference is only that Ting Ling feels a continual need to invent “model behavior,” while Chang does not.

Chang shows how the linguistic grid of a Communist land-reform campaign descends on a village like a giant cookie cutter. There are Poor Farmers, Middling Farmers, Landlords, Bad Elements, and more. (Formal terms are capitalized in this translation.) When actual life doesn’t fit the prescriptions, so much the worse for actual life. Make it fit. A “cadre” (a technical term for a functionary in the Communist system) complains that the farmers have “always been backward
....
All they ever see is the bit of material advantage right in front of them.” This leaves them “afraid to be active.” Perhaps they don’t want to be active? No, answers the organization, they are reticent only because they fear “the revenge of the Remnant Feudal Forces.” When finally coaxed to complain, they sometimes—oops!—complain about the cadres, not the Landlords.

Eventually the farmers, like everyone else, figure out that their personal interests depend on correct verbal performance. There are certain things you are supposed to say and certain ways you are supposed to say them. “Tell the truth!” is a command that you recite your lies
correctly
. An unimpeachable exterior becomes everyone’s goal. One young woman suffers a torrid criticism session, ends it with a self-denunciation, and then steals away to weep in solitude. Someone discovers her and accuses her of “only pretending to accept criticism.” Thinking quickly, she explains that, no, hers are tears of gratitude: “Everybody was so concerned about me, so enthusiastic in helping me to make Progress.” Does her explanation pass muster? Yes, but less because it is credible than because it reinforces the exterior mask that says “I submit to the organization.” To the powers that be, that demonstration is more important than what she actually thinks.

Over time, the need to maintain a correct exterior turns public political language into a kind of chess game. You make moves in order to get what you want, and you avoid bad moves that would bring punishment. During the Three-Anti campaign in 1951, when nearly all Communist cadres are scrutinized for corruption, waste, or bureaucratism, Ko Shan, a Party member and newspaper manager in public but a “tubercular nymphomaniac” (in C. T. Hsia’s apt phrase) in private, is forced onto a stage for self-criticism:

I have nothing to say in my own defense. I feel very much ashamed that even now—after so many years spent in the very nucleus of the struggle—even now there still exist in my consciousness certain bad traits of the petit-bourgeois. I have this Tendency toward Freedom and Looseness. And then when I fought in the guerillas I got into the Guerilla Style of behavior. Ever since then I’ve found it hard to Regularize my life. Now the matter of man-woman relations. My starting point was comradely love. But, it has gone out of bounds and has led to Obscure Behavior.

The crowd who is listening to her is aware that her oration is only a series of chess moves aimed at minimizing punishment. There is prurient interest, though, in the question of the illicit lovers. People heckle her to name them. Trapped before the Masses, Ko Shan needs to betray at least one lover, but which one? Liu Ch’üan, the young protagonist of
Naked Earth
, whom Ko Shan has recently seduced (despite their difference in age), is in the crowd listening and is terrified that he will be named.

“It’s Chang Li,” Ko Shan finally says, choosing not to name Liu. Chang is a slick official whom the reader already knows to be contemptible. We feel relief that Ko Shan, however cynical, retains at least enough humanity to protect the naïve Liu.

But no, it turns out. When Liu later visits Ko Shan’s house to thank her, she explains that “I mentioned Chang instead of you because I could trust him not to get me into a bigger mess than what I am in already. Which is more than I can say for you.” She had named Chang because he was better at manipulating the language game, that’s all. It had been another self-interested chess move on her part. Liu then asks her why Chang, who was also present at the meeting, had not shouted out “Liu Ch’üan too!” in order to split the blame. Could it be that Chang, for his part, had a bit of humanity somewhere inside him?

“What good would that do him?” Ko Shan responds. He would “just make an enemy without making things any easier for himself.” Chang, too, had made a cold chess move, and nothing more.

Eileen Chang’s acute observation of political language in China in the early 1950s is useful in understanding patterns that have persisted ever since. Maoist extremism has passed, but it remains true that an incorrect word-performance in public can be costly to a person’s interests, and it is still the case that one person can earn credit by reporting the misstatements of another. When Liu volunteers to fight in Korea (escaping the political cauldron of Shanghai), he notices that he feels watched even after moving abroad. He “wondered if anybody who had lived under Communist rule could ever feel unwatched again.” And indeed, in 2015 Chinese graduate students in California still keep nonstandard political views under wraps when speaking in the company of other Chinese students. Only among well-trusted friends does one venture to “live in truth,” in Václav Havel’s phrase. In the early 1950s Liu and his girlfriend Su Nan inhabit “the cozy little igloo of their love, made of ice but warm and homey within.” Today, the igloos are not so frozen to the ground, but are still there.