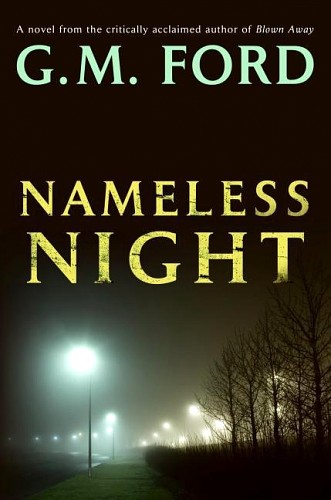 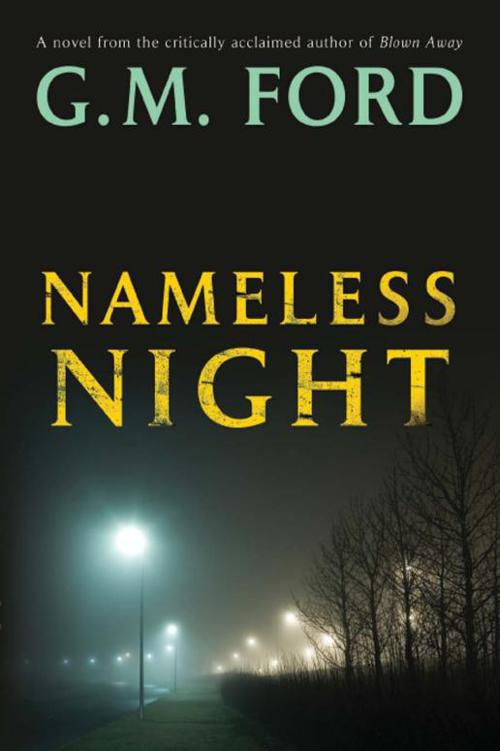 To my editor, Lyssa Keusch,

for keeping the faith.

Thanks doesn’t cover it,

but it will have to do. Thanks.

I saw a creature, naked, bestial,

Who, squatting upon the ground,

Held his heart in his hands,

And ate of it.

“It is bitter—bitter,” he answered;

Because it is bitter,

And because it is my heart.”

Nobody saw it coming. Although, for reasons unknown, unexpected events always seem to bring forth some well-meaning soul who swears he remembers an uncertain slant of light sifting through the trees that morning, or some fearful and fecund odor wafting in the morning breeze. Not on this day, however. No . . . October 16 was just another cloudy fall morning, a harbinger of nothing more unusual than winter, a gentle reminder provided by nature in the days before the relentless rains return to wash Arbor Street clean of other seasons.

Yes . . . this was the same Arbor Street which had once aspired to grandeur, when, a century earlier, affluent merchants and manufacturers had erected elaborate Georgian mansions along the northern part of the Hill, each edifice grander than its predecessor, as the newly wealthy sought to upstage one another in the all-toocommon manner of self-made men.

A century later, what a frozen-fish fortune once procured for the Jensen family had been reincarnated as Harmony House, a longterm residential facility for physically and developmentally challenged adults. Over the strenuous objections of the hastily formed Arbor Street Citizens Committee, the state had purchased the decaying mansion, cut back the shrubbery, renovated the interior, installed an elevator, ramped and handrailed everything in sight, and then painted the whole thing a single shade of dull green.

“Monkey-shit green,” as Shirley liked to say. Shirley said a lot of stuff, most of it funny as hell. Thing was, nobody but Paul could understand her horribly impaired speech, and since Paul had never been known to utter so much as a syllable, Shirley’s witticisms were pretty much destined to remain an inside joke. That Paul was somehow able to hear words where others could not, that he laughed at her jokes and followed her orders, had long since been chalked off as miraculous, like the way Benny the dog could hear thunder coming from a long way off. At the end of the walkway, Darl stood with his hands thrust deep into his pants pockets. Darl had a problem with decisions. He just couldn’t pull the trigger. Couldn’t decide whether to go left or to go right. Left alone at an intersection, he’d stand there until either the cows came home or the cops rustled him up and brought him back to Harmony House because his name and address were sewn into his clothes.

As Paul wheeled Shirley along the walk, he smiled, or maybe grimaced. With all that scar tissue on his face, it was hard to tell. Looked like somebody had crushed the front of his skull with a crowbar or something, pushed everything back so far it was both a wonder he was alive and a mercy he wasn’t tuned to the same channel as the rest of humanity. The state of Washington had estimated his age to be between twenty-five and thirty at the time he was discovered, lying near death in a railroad car down behind Western Station. Some bureaucrat had named him Paul Hardy, after a nephew who had died during childbirth. That was seven years ago, so these days Paul was probably somewhere in his midthirties, a strapping two-hundredtwenty-pound block of concrete who spent his days working for Ken Suzuki, a local landscaping contractor. While Paul could not actually be taught anything per se, he could, with a bit of patience, be introduced to simple tasks. Sometimes you had to show him more than once, but once he got it . . . you know . . . “take that bag over there and put it in the pile” . . . once he got it, he was an absolutely tireless worker. Had to be led away for lunch. Funny thing was . . . after lunch . . . you had to show him all over again. As the wheelchair rolled along, a gust of wind rumbled overhead, shivering the branches, separating the dead from the dying as it sent yet another batch of leaves twirling downward to the moist earth, where ancient roots had corrupted the sidewalk, pushing the stones upward at odd degrees and angles, until passersby were obliged to walk on the grass strip between the sidewalk and the curb or risk breaking an ankle.

As they came alongside the first van, Randall stepped back onto the sidewalk. Paul was forced to wheel out to the right, toward the little wire fence separating the sidewalk from the front yard. The sound of Paul and Shirley approaching snapped Randall’s head around. His habitually furrowed brow was more deeply pleated than usual. His square lower jaw worked his gum at a speed unattainable by better adjusted members of society. By the time his brain processed the picture of Paul and Shirley and decided these were people he knew, he was already patting himself down, looking for gifts and offerings.

Ms. Willis said it was a self-esteem problem that made him give things away when confronted by strangers. She said he was like everybody else; all he wanted was to love and be loved, but anybody who’d ever watched Randall strip to the skin trying to gain favor with strangers harbored serious doubts as to just how mainstream Randall could be considered.

Shirley’s anxiety concerning seating proved accurate. The sound of the sliding door brought them running. All of a sudden the moment was at hand, and nobody wanted to be left behind. Ms. Willis arrived with Darl in tow. Carman and Roger held hands as they picked their way across the wet grass. That’s when Eunice Ponds came trotting out to say she’d changed her mind about wanting to go, and why was she always the one got left behind and why were we bringing old blind Mrs. Dahlberg anyway, wasn’t like she could see anything, and why didn’t we take her instead, at which point, she staged a tantrum right there on the sidewalk in front of God and a couple of neighbors out walking the dog. Took half a box of tissues, a promise of ice cream from Mrs. Willis to put out the fire. As Eunice took her first grudging step back toward Harmony House, onlookers made it a point to spread themselves thin, lest some posture or gesture unwittingly rekindle Eunice’s embers of resentment.

The thinning of the crowd created a line of sight which sent Paul leaping away from the van, rushing up toward Shirley and the cantilevered section of sidewalk above his head. Shirley turned her head toward the sound; her good hand worked the joystick for all she was worth, but gravity was not to be denied. Her ruined voice squawked like a jay as the wheelchair bounced over a crack in the cement, turned down over the grass, and rapidly gained speed as it headed for the street.

Ten yards away, Helen Willis stifled a sigh and pulled at the seat belt with both hands. Darl’s excitement made it impossible for him to sit still, so instead of waiting patiently as she helped him with his belt, he squirmed around in the passenger seat as if his pants were on fire, turning the task of buckling a seat belt into something akin to a game of Pin the Tail on the Donkey. The stifled sigh suddenly escaped.

She’d been through it a million times. All the different people she might have turned out to be. Lying there in the darkness with only the sounds of her mother’s incessant snoring for company, she’d recall how she’d left the Convent of St. Mary for the purpose of tending to her mother. All they had was each other. If Helen didn’t make the sacrifice, who would?

A week after her mother’s funeral, Helen stood on the front walk of the house where she’d always lived, pinching a pair of letters between her trembling fingers. The first had been a government form letter informing her that her mother’s Social Security and disability benefits were hereby terminated and “oh, by the way, sorry about your loss.” The second was from Victory Bank and Trust informing Helen she had forty-five days to vacate the house, which, as it turned out, was being held in trust by the bank until such time as her mother’s death, at which time the residence reverted to Helen’s long-dead father’s heirs somewhere in eastern Illinois. And so when an old family friend had pulled a few strings and gotten her the job as assistant director of the newly commissioned Harmony House, she’d jumped at the opportunity. When it turned out the duties of the assistant director consisted of housekeeper, groundskeeper, and all-around chief cook and bottle washer, Helen was undeterred. From her first day on the job, she felt she’d made the right move. Something about helping others was at her core. Something about the way these people loved her. How they made her feel.

At least, that’s what she told herself. That was her get-out-of-bedin-the-morning story, that lifelong saga of pride and pluck in which she was always the heroine, the story where her choices were willful, where all loose ends were tucked away and cold regret was not welcome at the door. Whatever the story . . . it worked for Helen, and when, seven months later, Harmony House director Jonathan Chabot had keeled over dead on the back stairs (an embolism, they said), Helen had inherited the directorship, initially as an interim position, and later, when things went on without a hitch, as the official director. She used her shoulder to push Darl down in the seat and then lunged across his lap. On this, the sixth or seventh attempt, the buckle hit the clasp on a fly and snapped into place. She slid back onto her feet, let out a long breath, and dusted her palms. As she closed the van door, a collective intake of breath snapped her head around. A sharp cry rose above the rustle of the wind. Shirley was rolling down the sidewalk.

Be Mine by Sabrina James
The Haunted Billionaire: A Paranormal Shape Shifter Romance Novel by Jane Winston
The Ghosts of Altona by Craig Russell
Mismatch by Tami Hoag
Rainbird by Rabia Gale
Walkabout by James Vance Marshall
Ask Anybody by Constance C. Greene
Nine Ten Begin Again: A Grasshopper Lawns affair by EJ Lamprey
No Job for a Lady by Carol McCleary
Goal Line by Tiki Barber
Our partner