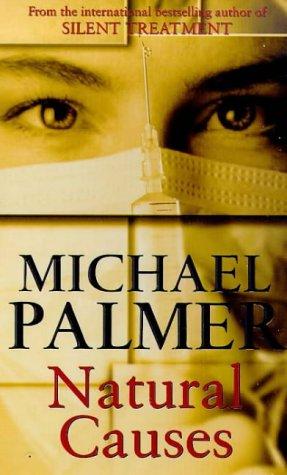 “Spellbinding … A chillingly sinister novel made all the more frightening by [Palmer’s] medical authority
.

“A suspenseful page-turner … jolts and entertains the reader.”

“The most gripping medical thriller I’ve read in many years.”

“Guaranteed to terrify anyone who … has reason to step inside the doors of a hospital … Dynamite plot.”

A
LSO BY
M
ICHAEL
P
ALMER
From Bantam Books

All rights reserved
.
Copyright
©
1994 by Michael Palmer
.
Library of Congress Catalog Card Number: 93-26832
.
No part of this book may be reproduced or transmitted in any form, or by any means, electronic or mechanical, including photocopying, recording or by any information storage and retrieval system, without permission in writing from the publisher
.
For information address: Bantam Books
.

Bantam Books are published by Bantam Books, a division of Random House, Inc. Its trademark, consisting of the words “Bantam Books” and the portrayal of a rooster, is Registered in U.S. Patent and Trademark Office and in other countries. Marca Registrada. Bantam Books, New York, New York
.

If you read the “About the Author” page, please read this page as well. The people listed below are very much about the author, and share my deepest thanks.

Beverly Lewis, my editor and friend, defines the word
Godsend
.

Linda Grey and Irwyn Applebaum, my publishers at Bantam, have been supportive, insightful, and encouraging.

Jane Rotrosen, Don Cleary, Stephanie Laidman, Meg Ruley, and Andrea Cirillo of the Rotrosen Agency have been major influences on each of my books and on my career as a writer.

Attorneys Marcia Divoll and Joanne Colombani Smith of Boston, and Ms. Ginni Ward did the same for me in their areas of the law.

Nurses Jeanne Jackson and Carolyn Moulton of Falmouth gave me books to read and helped me appreciate the power and potential of alternative healing. Dr. Bud Waisbren of Ipswich, Massachusetts, provided information and encouragement that nudged me through a particularly resistant block.

Dr. Richard Dugas dragged me off to play bridge from time to time, and so may have preserved my sanity. John Saul and Michael Sack had just the right words at just the right times.

And finally, my love and thanks to my wife, who once again bore the brunt of my writing maelstrom with remarkable class and an understanding patience.

C
ONNIE
H
IDALGO’S CONTRACTIONS HAD BEEN LITTLE
more than twinges for the first two hours of the drive; but as she and her fiancé passed the New London exits on I-95, the tightening within her began to intensify.

“Gimme a break. You been sayin’ that for a goddamn month, and you still got a month to go.”

“I should have stayed home.”

“You should have done exactly what you’re doin’, which is to make this trip to New York and help me make this buy.”

“Well, at least you couldda taken the Mercedes. This seat is killing me.”

Connie knew that taking the slick 500SL had been out of the question. The last thing Billy Molinaro wanted was to attract attention—or car thieves. Besides, he never was one to change his routine, especially when things were going well. The battered Ford wagon had always been their way into and out of Manhattan. There wasn’t a chance in the world he would have agreed to
doing anything differently this night. He hadn’t told her how much money they were carrying in the two gym bags stuffed in the tire well, but she knew it was plenty—more than ever before.

She squirmed as another contraction built and stared out the window, trying to lose herself in the lights and signs as they flashed past. She was a slight woman—all belly, Billy kept saying—with wide, dark eyes and a fine, smooth face that she had learned made most men want her. At fourteen, she had delivered a baby girl and had given it away without so much as looking at it. Now, ten years later, God had blessed her with a second chance. And nothing was going to go wrong. Nothing.

“Billy, I love you,” she said softly.

“In that case, light this for me.”

He slipped a fat joint from beneath his seat, licked it expertly, and leaned toward her.

“Crack
is bad for the baby,” he corrected. “That’s why I haven’t let you do any since we found out you were pregnant. But no one has ever shown nothing wrong with weed. Trust me on that one.”

“Well, at least open the window.”

Connie lit the joint and, in spite of herself, breathed in deeply as he exhaled. As always, Billy was right. She had smoked daily during her first pregnancy—cigarettes and marijuana—and the baby had been born plump and perfect.

“Now listen,” Billy said. “Manny Diaz is a slime, but after all the deals him and me’ve done together, I pretty much trust him—especially with you around to translate when he won’t talk English. But this is bigger than any of those other deals, so we gotta take extra precautions. I’m gonna have you stay out in front with the motor running. You keep the doors locked until I come out and tell you it’s okay. If anything doesn’t seem right—anything at all—just get the hell away and call my cousin Richie in Newark. Got that?”

Another contraction hit. Connie clenched her teeth and pressed her slender fingers against her womb. She had had two bouts of false labor in the past two weeks, and felt more certain than not that this was the same deal. She checked Billy’s watch. If the contractions continued to be this bad, she would begin to time them.

But as she worked at convincing herself that there was nothing happening for her to worry about, Connie began to experience another kind of pain—this one in the tips of her fingers. At first she couldn’t really call it a pain. It was more of a numbness—an unpleasant lack of feeling. By Stamford, the numbness had given way to a persistent, electric discomfort—worse when she pressed down, but not completely gone when she didn’t. Huddled in the darkness, she tested her fingertips one by one. All of them ached.

It was nerves, just nerves, she thought. Billy had relit the joint. One toke wouldn’t hurt, and it would probably help a great deal. Connie pulled his hand over, pressed her lips to the moist paper, and breathed in until she couldn’t hold any more. It had been nearly six months since she had been even a little bit stoned. Surely one toke wasn’t going to hurt the baby. In fact, she reasoned, with what it had in store, the little thing probably needed a buzz even more than she did.

By New Rochelle, Connie had smoked all of one joint herself. The pain in her fingers was no less, and the contractions were still coming every five minutes or so, but neither bothered her as much.

Within just a few miles, though, she sensed the buzzing pain beginning in her toes. Frightened, she tried another joint.

“Hey, back off that stuff,” Billy said.

“I think the baby’s coming.”

“Well, I hope he knows enough to stay put until we
get this deal done. I need you behind this wheel to do it right. Besides, if we blow it, the kid’d be better off not coming out at all.”

“And what do you think I am—the Good Humor man?” He glanced nervously at his watch. “Right on schedule. We pull this buy off, Sugar, and we’re in the big leagues. Believe me. This is the test Dominic has been waiting to give me. And nothing’s gonna fuck it up.”

Connie heard the intensity in her lover’s voice and clenched her teeth against the throbbing in her hands and feet. Billy was right. It wasn’t just their money at stake, it was their future. When she was younger and fat and unattractive, the only thing men ever wanted from her was sex. When she changed and became beautiful, the men who hit on her had more going for them—took her nicer places. But what they wanted was still the same. Only Billy had been different. He had made her his girl. And from the very beginning he had treated her with respect. Now they were about to have a child. And as soon as this deal was done, he had promised they would be married.

Whatever she had to do to help Billy Molinaro tonight, she would do. If only the aching would let up … just a little.

With a discomfort that nearly brought tears, she reached up and flicked on the overhead light.

“Just … just looking for a tape to play.”

She glanced at her hands, and then quickly switched off the light and pulled them from his line of sight. Her fingers and thumbs from the first knuckle to the tip had turned almost black. The rest of her hands was a dusky gray.

Ill Will by J.M. Redmann
A Virtuous Woman (Oprah's Book Club) by Kaye Gibbons
Mr. Darcy's Refuge by Abigail Reynolds
Nubosidad Variable by Carmen Martín Gaite
Elmer and the Dragon by Ruth Stiles Gannett
Take the All-Mart! by J. I. Greco
Taming the Beast: Charles Manson's Life Behind Bars by Edward George, Dary Matera
Youngin' Blues: The Story of Reed and RaKeem by Mercy B
The Word Snoop by Ursula Dubosarsky
The Eagle & the Nightingales: Bardic Voices, Book III by Mercedes Lackey
Our partner