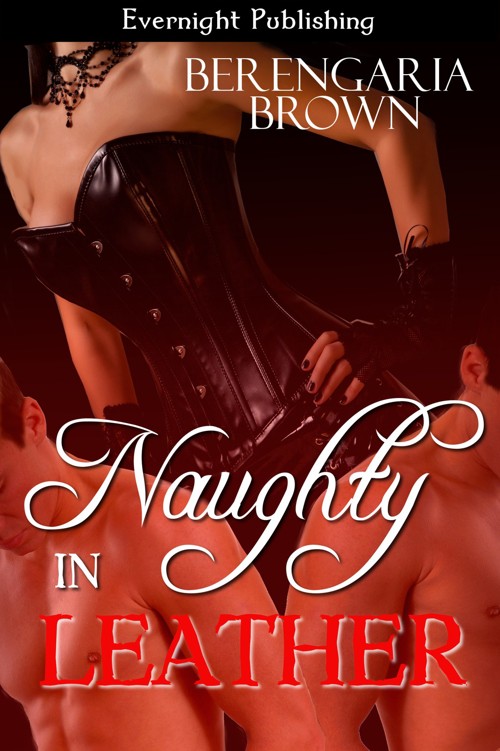 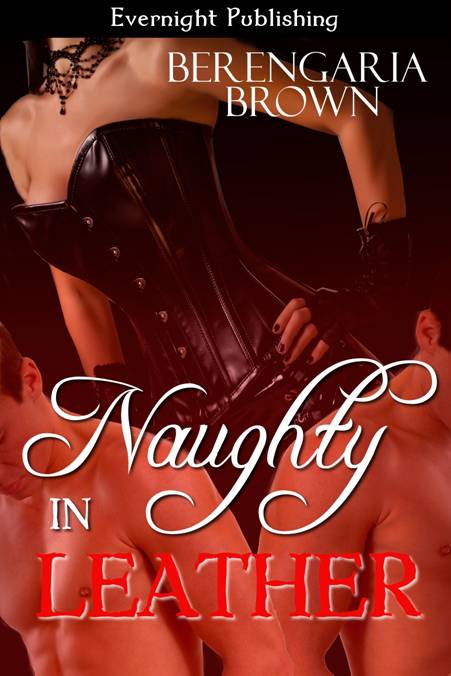 Since the
“Naughty Lines” section had opened at Luxurious Leatherwork, the store had been
a little busier in the daytime. But what really kept Rhonda busy was
collecting, wrapping, and shipping all the items sold off their much-improved
and expanded website. Instead of having long periods with no customers, or just
someone browsing, where she arranged and rearranged her stock, always trying to
catch the eye of passing trade, now her time was spent behind the cash desk,
preparing stock to ship, then reordering the better sellers. She’d even had to
buy a trolley to wheel the parcels to the post office, as most days there were
too many for her carry, even if she made two trips.

And it was all
thanks to her friend Tilly. Oh, sure, she’d thought of the idea herself as
well, but she would never have had the strength and courage to tell her area
manager about it, without Tilly’s support and ideas for using the backroom as
extra sales space. Now Tilly was the receptionist at the mall, and she had the
knack of making everyone feel welcome and important. That their needs would be
met, their problems solved. The whole place was more vibrant and happier since
she’d been employed.

Tilly had also
changed Rhonda’s life in another very special way. Tilly lived with two men,
Noah and Sylvester. Noah was gay, and Sylvester bisexual, yet Tilly had fit
right into their little family. Rhonda was thinking about doing a similar
thing.

Since the new
section had opened in her store Ty and Scott had become very regular customers.
They always bought something, although often it was something small—a mask, a
whip, studded underwear, a cock ring. They hadn’t been in for two days, and she
was certain they’d come in today, and this time she’d say yes. Twice already
they’d asked her out for dinner, and twice she’d regretfully said no, knowing
they were partnered to each other. But the more she thought about Tilly’s
happiness, the more she realized she was stupid to say no. Talking to them made
her happy. She looked forward to their visits, and was dismal when several days
went by and she didn’t see them. This time she’d say yes, and whatever
happened, happened. If it was to be a platonic relationship, well, she’d deal
with that. After all, a girl couldn’t have too many friends. But if, as she
thought, hoped, expected, it would lead to sex, well, hell, she was more than
ready to give it a go with two men.

Her busy fingers
wrapped up a parcel of half a dozen leather cock rings, while her gaze followed
two young boys fingering belts. There’d been a spate of robberies in the mall
lately involving teenagers, and she didn’t trust these two at all. They didn’t
look like shoppers to her. Boys buying belts always tried them on, parading in
front of the mirror, not just touched them. Beside her right hand was the
mall’s secret weapon, just issued to all storekeepers yesterday. It was a soft,
round, squishy ball that looked like a beanbag, but when thrown at a person it
exploded and left dye on their clothing that wouldn’t wash out.

The Center Manager
had been adamant with his instructions. “Hit their backs as they leave. A back
is a nice broad target to aim for, and it’ll prove they were leaving the store
with our goods.”

The boys were
moving a little closer to the doorway now, behind the racks of shirts and piles
of luggage. Rhonda stopped wrapping and squinted between the stock. Yes, one
boy had several belts in his hand, the other had a lump under his t-shirt.

Come over here and buy that stuff. Prove me wrong
, she thought silently at the boys.

No. They ran for
the door. The squishy ball was already in her hand. As the second boy reached
the doorway she threw it, and it exploded on his back, spraying lime green on
his black t-shirt. She grabbed the phone, pressed the speed dial for security,
and described both boys to Ted, the senior security guard.

There was a
burst of static, a fair amount of swearing, then Ted’s resigned comment, “I was
much too far away. They were in their car before I got outside. But I’ve got
them on security video clearly showing the paint on the kid’s back as he was getting
into their car.”

“Thanks, Ted.”
Rhonda sighed, checking the stock where the boys had been to see what was
missing. The bulge under the other’s kid’s t-shirt had been a rather nice pair
of ladies leather shorts. “I bet he gives them to his girlfriend. I must keep
my eyes open for anyone wearing them around here.”

Ted came round
and Rhonda gave him pictures of items identical to what was missing. “Why are
they doing this, Ted? What’s the point?”

“Likely they’re
just bored, and it’s an exciting game to them. But it’s also possible it’s
initiation into a gang or something. Either way, I’m going to get the little
bastards. No one wants to be losing stock this way.”

“Yeah,” sighed
Rhonda. “It takes the shine off the sales figures, that’s for sure.”

Throughout the
afternoon various other shopkeepers visited Rhonda, all with their own stories
about the group of teenagers who were shoplifting from the mall. Tilly came
too, bringing two new squishy balls of paint. “I don’t think they’ll visit your
store again, but it doesn’t hurt to be prepared, like the Boy Scouts. I’m sorry
they ripped you off,” she said, hugging Rhonda.

“One of them
took a pair of girls’ leather shorts like these ones. Keep your eye out for a
teenage girl wearing them, and likely we’ll have another link to the gang,”
said Rhonda. The shorts were now the centerpiece of one her displays, so
everyone would know what they looked like.

“Likely she
won’t be stupid enough to wear them here, but you never know,” said Tilly.

“If the boy
doesn’t say they’re stolen she will. All the young girls like to show off their
new clothes here. Besides, everyone loves our air conditioning, and it’s still
mighty hot outside.”

Just then Scott
and Ty arrived at Rhonda’s store and Tilly, smiling even more widely, left.

Rhonda waved at
the leather shorts on the display. “A couple of teenage boys stole two belts,
and a pair of shorts like those ones. I got the second one on the back with the
paint bag, but they got away,” she said.

Rhonda showed
them the little beanbag. “When you throw it, it explodes paint dye that doesn’t
wash out. It helped Ted, the security guard, track the kids to their car, but
they got away.”

“Did he get the
number plate?” asked Scott.

“I don’t know.
He didn’t say, so I guess not. But he’s got security camera footage, so when
they’re caught it’ll be a bit more evidence toward convicting them. It’s just a
pain though. Those shorts are an expensive item, so it hurts to lose them.”

“If you came out
to dinner with us tonight, we could cheer you up,” suggested Ty.

“I just bet you
would.” And suddenly that’s what she wanted more than anything else. She’d
already decided to accept their invitation the next time they asked her. But
now, she couldn’t wait. She wanted to see what they’d say, what they’d do. What
they wanted of her. She felt sure it was a whole lot more than a dinner date,
and she was ready for that. For dinner and whatever else might happen. She
wanted these men so much it hurt.

“Okay, yes, I’ll
come to dinner with you tonight. When and where?”

“You close the
shop at 5:30, right? We’ll be waiting in the parking lot for you then,” said
Scott.

“Actually it’s
closer to six, because I have to cash out the till, and deposit the money in
the night-safe at the bank, plus drop off all the parcels at the Post Office
first.”

“Hang on. Are
you saying you carry the cash, alone, at the same time every day? That’s really
bad. If kids are stealing belts and shorts it won’t take them five minutes to
work out they could steal all the cash from you instead,” said Ty.

“Yes, I know.
When I had a girl working with me I used to go at all different times of the
day. But now I’m by myself I can’t do that. Occasionally I go at lunchtime
while Tilly watches the shop for me, but mostly I have to go when I close the
store.”

“Well that’s not
going to continue happening. It’s way too dangerous. Scott and I’ll see what we
can organize so one of us can help you. But for tonight we’ll be back just
before 5:30 to walk you to the bank and Post Office, all right?”