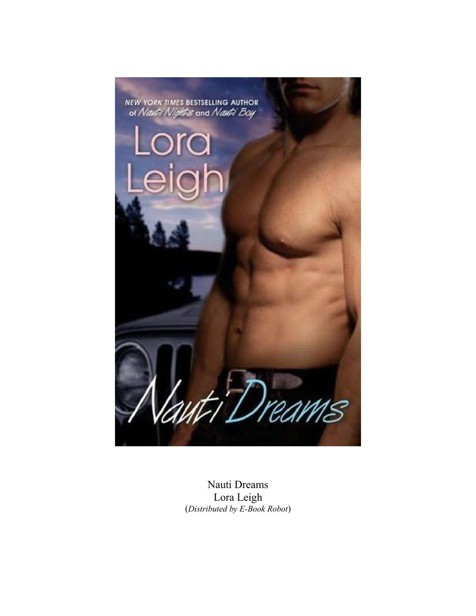 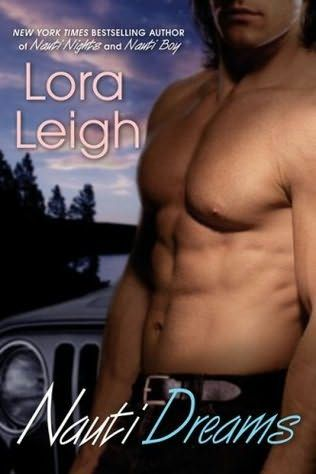 Praise for the novels of Lora Leigh

“Leigh draws readers in to her stories and takes them on a sensual roller coaster.” —Love

“Leigh writes wonderfully straightforward and emotional stories with characters that

jump off the page.” —The Road to Romance

“Fraught with tension from the first page to the last . . . a love story of the deepest kind

with a very emotional and sensual base. Combine all these elements together, and

[you’re] guaranteed an intriguing story that will have you glued to the edge of your seat.”

“Blistering sexuality and eroticism . . . bursting with passion and drama . . . enthralls and

excites from beginning to end.”

“A scorcher with sex scenes that blister the pages.”

“An emotional read.” —The Best Reviews

“Ms. Leigh is one of my favorite authors because she creates new worlds that I want to

visit and would move to if only I could.” 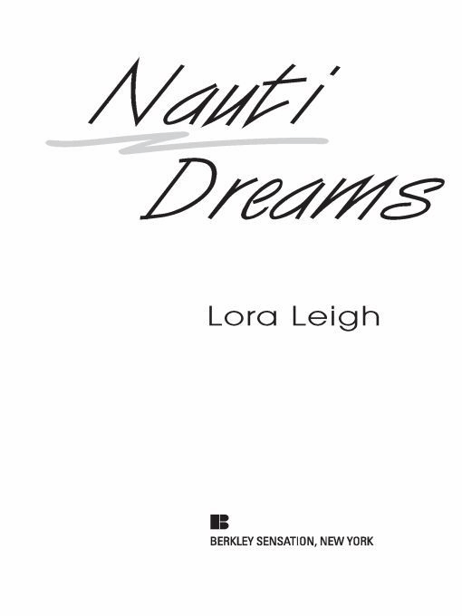 This is a work of fiction. Names, characters, places, and incidents either are the product

of the author’s imagination or are used fictitiously, and any resemblance to actual

coincidental. The publisher does not have any control over and does not assume any

responsibility for author or third-party websites or their content.

Tippytoes, for everything you’ve done,

“Little American whore.” The kick was harder this time, aimed at the tender flesh of

Chaya’s stomach, driving the breath out of her and causing her to send a tortured cry

through the small cell she had been tossed into.

Her cry. She knew it was her scream, strangled and agonized, but it no longer sounded

familiar to her. Reality had receded the day before, and it hadn’t yet returned.

She had been dragged from her car just outside Baghdad, blindfolded, and shoved into a

van. And that had been a walk in the park compared to the hours since.

“How much easier would it be, whore, to simply give us what we need?” The muzzle of a

handgun caressed her cheek. “You could die then. Quickly. There would be no more

pain. Wouldn’t that be nice? No more clamps attached to tender parts of your body. No

more electricity. No more kicks. All you need to do is tell us who contacted you. Tell us

the information they have.”

The voice was an insidious whisper inside her head as she felt herself crying. Curled in

on herself, shuddering with sobs.

Oh God, please don’t let them hurt her anymore. She could feel the bruises along her

body now, the swollen tenderness of her nipples, the fragility of bones that couldn’t take

much more abuse without breaking.

They hadn’t broken her yet. Had she managed to convince them she didn’t know? That

explosives through? That she knew nothing of the information she had been sent to

retrieve about the spy within Army Intelligence providing access to those weapons?

“So easy,” a voice crooned, and she focused on the accent. It wasn’t Iraqi, she knew

Iraqi. It wasn’t Afghani. There were tonal differences in the voices, even when speaking

the same language. She knew the difference. This voice was a whisper of something else.

Someone else. She knew this voice.

ribs. Terror washed through her like an oily, dark wave of suffocating heat. They would

break them next. If her ribs broke she wouldn’t have a chance of escape. Naked, bruised,

and hurting, hell yeah. She could escape given half a chance. But if they broke her ribs?

If they caused internal bleeding? She would never make it.

“Maybe we will get to keep this one awhile,” the voice mused, laughter filling the tone.

“I think maybe she enjoys our caresses, yes?”

No. No. She shook her head, dry heaves shaking through her, torturing her as the spasms

ripped through her body.

“You do not like our touch?” False sympathy filled the voice as he bent to her again.

“Maybe we use you and fill your belly with seed. We take your brat then and place it in a

pretty stroller filled with explosives and park it in front of your White House. Who can

She fought to breathe.

Reality. Reality was birth control that had been administered before this mission. Reality

was backup, somewhere. Her team didn’t want to lose her or the information she had, but

they could only rescue her if they knew she was missing. If the officer she had discussed

the trip with had reported that she hadn’t returned.

Reality was, she was beginning to suspect that officer may well be the leak they had been

searching for in Army Intelligence.

Reality. She had to hold on, just a little bit longer. She had to find a way to escape, a way

that seared her soul.

She felt a hand on her thigh, moving along the back of her leg, fingers touching her,

Rage and terror blazed through her mind. Kicking out she fought to avoid the touch, tried

to hurt or to maim, to piss him off enough to keep him away from her. She would prefer

to be kicked. She would prefer the broken bones.

“Tell us, Greta.” The voice sighed then, resignation in his tone as she heard the shuffling

around her. “Raping you would not be a pleasant experience for some reason. And raping

you broken and unable to fight holds even less appeal. But if you do not give me what I

need, I will spread you out here and I will let these guards use you. They will use you

over and over again, until your body is so defiled that even your own people will know

nothing but disgust for you. Is this what you want?”

The false gentleness in his tone built the fear inside her. He was going to do it. She knew

he was. She had known all along that he would take this step. What better way to torture

a woman? When the electrical clamps to her nipples and clitoris hadn’t worked, he had

gotten more inventive. His men hadn’t raped her, but the painful device he used had.

“Such a beautiful woman.” He sighed.

Saudi. The accent was Saudi. She couldn’t see him, her eyes were so swollen now she

doubted she could see daylight if she was in it. But the accent, the voice.

“Nassar,” she whispered, dazed, sobbing. “You betrayed us, Nassar?”

traitor. Her husband. Nassar was his friend. His contact. And so, obviously, his

Silence filled the void for long moments. Nassar Mallah. She remembered him now. He

was a contract agent for the CIA and one of their most trusted moles. Handsome,

charming, his black eyes always twinkled with humor and a smile always curved his lips.

She had never guessed, never known he was a traitor.

“Ah, Greta.” He stroked her cheek again, but she had distracted him. He was no longer

stroking the abused flesh between her thighs, no longer threatening to open her again, to

destroy her with a helplessness she couldn’t accept.

“Why?” Shudders were working through her, and she knew she was finally going into

Or perhaps they had meant to kill her slowly like this.

“Kill her.” She felt him rise to his feet. “Use her however you please first, but when you

leave this cell, she is to be dead.”

“No, you trusted me. Fool that you were.” She heard the shrug in his voice. “Enjoy your

last minutes, Greta. I doubt they will spend much time enjoying your broken body. But,

with these four, you never know.”

The cell door clanged shut. Her fingers tightened around the makeshift knife she had

managed to sharpen against the stones earlier. It was gripped in her hand, tucked along

The Reddington Scandal by Rose, Renee
False Witness by Scott Cook
Significant Others by Armistead Maupin
A Killing at Cotton Hill by Terry Shames
Scoundrel of Dunborough by Margaret Moore
Secrets of a Reckless Princess by Annabel Wolfe
Sunbolt (The Sunbolt Chronicles) by Khanani, Intisar
Plague of Coins (The Judas Chronicles #1) by James, Aiden
Love in Mid Air by Kim Wright
Alien Desire: A sci-fi contemporary menage romance (Stargazers Book 2) by Thalia Frost
Our partner