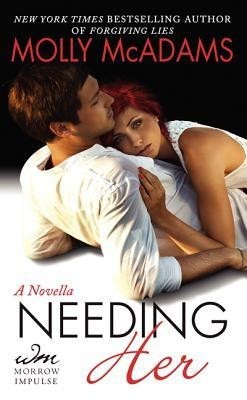 An Excerpt from
From Ashes

An Excerpt from
Forgiving Lies

A
MBER SLAPPED A
hand over her mouth and had to work at swallowing her coffee before she burst out laughing. “Oh, I would have paid to have been there! Stupid night shifts at the hospital getting in my way of all the fun stuff.”

“You should’ve seen the look on Shelby’s face when Bryce pulled me in for a long kiss in front of her.” I grinned against my cup and drained the rest of it. “It really was priceless.”

“I would have even suffered through being near Bryce if it meant watching that skank get put in her place.”

I rolled my eyes. Amber had never been one to hide her hate for Bryce, and even though I’d never understood why she didn’t like him in the first place, it was becoming more of a running joke for us rather than her actually hating him. Besides, she couldn’t hate him: he’d inadvertently brought us together a couple years ago and we’d been best friends since.

It had been my twenty-first birthday, and somehow over the course of the night filled with barhopping and Bryce being . . . well, Bryce, he’d ended up with a concussion and we’d spent the rest of my birthday in the ER. Amber had been one of his main nurses when we’d finally gotten him into a room, and not more than twenty minutes later, my night filled with drinking and not much food decided to make a reappearance all over my shoes. In my still-drunk mind, I hadn’t even been upset about puking everywhere. I’d started crying because my favorite shoes were ruined and “favorite shoes can’t be ruined on my birthday.” Amber and another nurse had cleaned everything while I sat there crying like a three-year-old over my shoes, and when they were done, a pair of sequined Uggs were placed in front of me. Amber had told me at the time they were her favorites and I could borrow them so I could finish out my birthday wearing a pair of “favorites.” It’d been a lasting insta-friendship, even though she still wouldn’t let me live that night down.

She groaned and tossed her phone roughly onto the table. “I swear this guy is a machine. He never stops. I mean,
never
. If it weren’t for the fact that we have jobs, I don’t think he’d ever let me leave the bed.”

“Is this still Aaron? You said you two still sneak into the closets at the hospital . . .” I drifted off, my accusation sounding more like a question.

“Yeah, exactly. Machine. Let’s just hope we’re busy tonight, I need at least a twelve-hour break from that man before we go back to one of our apartments, or he’s going to break me.”

I shook my head sadly at her and almost chickened out of asking my question twice before finally blurting, “Do you actually enjoy having sex?”

“Is that a trick question? Of course I do, who doesn’t?”

“I just—I don’t know. In the books I read, these women have amazing partners and I know what I’m reading is fantasy . . . I mean, seriously, I get that. But I don’t enjoy sex with Bryce at all. It has nothing to do with wishing it was like what I read, it’s just really,
really
bad.”

Amber eyed me with a confused look. “Then why are you still seeing him? Maci, you’re hot, it’s not like you wouldn’t have a chance with anyone else. You don’t have to settle for him.”

“I’m not. He’s not even my boyfriend, you can’t settle for someone you aren’t technically dating.”

“Exactly! But you’re still not getting out there either because he’s
always
with you and stops anyone from coming near you.”

I sighed and twirled my empty coffee cup between my fingers. “I know.”

“You just need to drop him. And since you two only have this friends-with-benefits thing going on, it shouldn’t be a big deal to end it.”

“We’re not
together
because my brothers would flip if they knew I was dating anyone.”

“No, you just
think
your brothers would flip,” Amber argued. “There’s a difference.”

My jaw dropped and I looked at her like she was delusional. “Max Bertrand asked me on a date right before college started and canceled via text the day of. I saw him the next day and he turned and literally
ran
the other way, Amber. He had tape on his nose and huge bruises under his eyes!”

She shrugged. “Maybe he didn’t want you to see him looking like that.”

“He
still
runs away from me, you’ve seen him do it! Besides, my brothers fessed up to it.”

“Huh”—she looked like she was trying to find something to support her argument before finally throwing her hands up in the air—“okay, fine. They’re a little protective.”

“Or
a lot
protective.” I rolled my eyes and snorted. “Anyway, Bryce knows all that and is completely fine with staying how we are. Eh, well, for now.”

I knew Bryce figured we would be a legitimate couple eventually, but he was expecting me to change in that time; and there wasn’t a chance in hell of that happening. I was positive the only reason he was okay staying “just friends” for now is because he and I both knew his family wouldn’t approve of the way I looked. I didn’t fit in with their perfect country-club multimillion-dollar house, and I was more than okay with that. I had grown up in a loving home, and my mom always encouraged each of us to find who we are and be that person.

And that person wasn’t a back-to-her-blonde-roots, polo-wearing, club-for-brunch-on-Sunday kind of girl. It’s not like I was goth or grunge, or even some peace-pushing, tree-hugging hippy. I was just Maci. I’d dyed my hair a vibrant red years ago and never gone back. My nose was pierced with a small hoop in it, I have a few tattoos, and I cussed too much from growing up with older brothers—something that Bryce was always reminding me he hated—if that was enough of a reason for Bryce to keep me hidden from his family, then so be it. It just helped with the arrangement I needed in hiding him from my brothers.

“Tell me something,” Amber said suddenly. “What don’t you like about sex with Bryce?”

“The whole thing?” Amber’s expression deadpanned, and after looking around to make sure we were alone outside the café, I sat up straight. “Okay, fine. Well, first, he seriously lasts forever but however he’s doing it doesn’t feel good. Like, it’s almost painful. Second, I’ve never had an orgasm with him. Ever. I always have to finish myself when I go home or after he leaves. And, third, there’s never any foreplay—it almost seems like a business transaction. Take your clothes off, let him thrust for a while put your clothes back on and part ways. It’s the most awkward part of our relationship . . . friendship, gah, whatever-the-fuck it’s called.”

Amber was cracking up by now, and though she was covering her mouth to try to quiet it, her entire body was shaking and her face was turning red.

“Why are you laughing, this isn’t funny!”

“Seriously.” She snorted and her laughs got louder. “Oh my God, I’m sorry. Whew!” She fanned at her watering eyes. “Oh that just makes me hate him more. And to think, Shelby can’t stand you because you’re ‘with’ Bryce Anderson? If only she knew . . . if only she knew.”

I dropped my head into my hands and groaned. “I want a guy who pays attention to me for once. It doesn’t have to be this amazing, mind-blowing, the-world-stops-turning experience; I just want to enjoy it. Just once. That’s all I want.”

“Nope, I’m not letting you settle for anything less than your . . . whatever-the-hell experience you just said. We need to find a man who will give that to you.”

“Sure . . . yeah. Not even counting the fact that guy is probably only found in fiction; that would involve me sleeping with numerous guys until I find one who will give me that experience. Not only do I not want to be labeled a slut like some best friends I know . . .” I cleared my throat and gave her a pointed look. “But that also sounds like the biggest headache.”

“I won’t take offense to that because I love you, but we’ve got to get you away from Bryce.” She took a long drink from her cup and slapped her hand down on the table a few times. “Oh! Oh, what about your neighbor! That cop guy—”

I bet he would be too.
I’d had the biggest crush on him since I was twelve and he’d starred in practically every fantasy I’d ever had. “Yeah, that’s not about to happen.”

“Uh, no, he’s not. But he’s Dylan and Dakota’s best friend. They all grew up together.”

Amber’s eyes glazed over, and a grin I knew too well crossed her face. “God your brothers are—wait! How did I not know he was their friend? Where have I been?”

“Yeah, but he’s your neighbor! I didn’t know you actually knew him. And you can’t hide them from me forever. They’re the only two of your brothers left who are available, and they’re identical twins. It’s every girl’s fantasy.”

“And this is where I throw up. Or pour bleach on my brain. Anything to forget you talking about fantasies and Dumb and Dumber in the same hour, let alone sentence.”

She snorted and rolled her eyes. “You have to admit your brothers are good-looking.”

I made a gagging noise the same moment my phone went off. Reaching for it on the table, I saw Bryce’s name and showed Amber. “Speak of the devil.”

“Let me guess, he’s lonely?” I made some sort of affirmative noise and she grabbed her purse as she stood to leave. “Tell him your vagina is no longer available. We’re officially starting our manhunt for Mister Awesome, and he can’t be in the running.”

“God, Amber, you’re ridiculous. We’re not starting anything and I’m not going to end . . . whatever it is I have going on with Bryce right now.” My lips pursed when I read his message.

Bryce A: Hey babe can I come over? Long day at work need to unwind