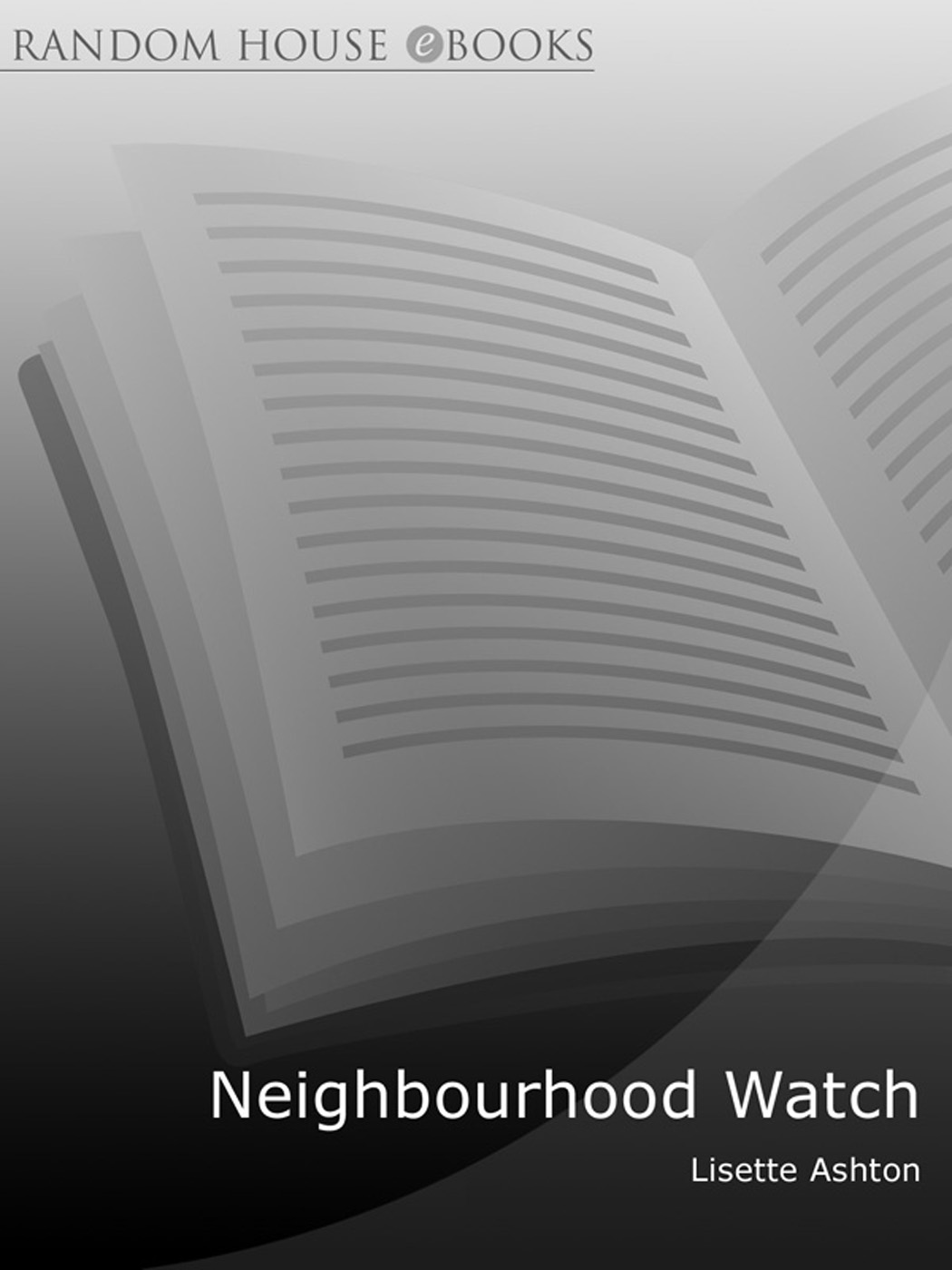 Cedar View looks like any other sleepy cul-de-sac in the heart of suburbia. Trees line the sides of the road. The gardens are neat and well maintained. But behind the tightly drawn curtains of each house the neighbours indulge their lewdest and bawdiest appetites. It’s not just the dominatrix at number 5, the swingers at number 6 or the sadistically sinister couple at number 4 who have secrets. There’s also the curious relationship between the Smiths, the open marriage of the Graftons, not to mention the strange goings-on at the home of Denise, a woman whose lust is never sated. Everyone on Cedar View has a secret – and they’re all about to be exposed.

Lisette Ashton is one of
Nexus
’s most respected, read and treasured authors. He lives in Blackpool, Northern England

An aerial photograph of Cedar View would show that the cul-de-sac looks like an enormous keyhole. The short, straight entrance to the road is lined by two houses on either side. The curve at the road’s bulbous end, which isn’t quite wide enough for a Mini Clubman to complete a full turning circle, looks like the hole where the barrel of the key would be inserted. Not that any of the residents know or care. They have more important things on their minds. Mostly SMANKers (Solvent Middleclass And No Kids), save for Tanya Maxwell at number two with her nasty cat and her tribe of squalling brats, the residents of Cedar View do share lots of similar passions, but I suspect that an interest in the local topography is not one of them. I only mention the distinctive shape because I have a penchant for looking through keyholes
.

Trees line the cul-de-sac, fledgling saps that are currently nothing more than caged twiglets and reflect the newbuild status of the surrounding houses. I don’t know if they’re going to grow into cedar trees, as would be appropriate for the street name, or some hardier variety better equipped for a life repressed by suburban paving stones. Again, I feel sure that no one else on Cedar View knows or cares. They’re involved with more immediate pursuits
.

Tom, the solitary occupant of number one, is a lifelong voyeur. Next door, at number three, the Smiths are both having affairs with other residents of Cedar View. Mr Smith frequently calls on Joanne Jackson at number five. Mrs Smith regularly visits Denise Shelby at number eight. Aside from the fact they have no morals, I also get the impression that Mrs Smith rules the roost at number three Cedar View. I don’t think anyone has told Mr Smith about the dynamics of the arrangement. I’ve often seen him glumly smoking a cigar on the front doorstep, as though he and his tobacco have been banished from the picture-perfect interior of Mrs Smith’s wonderful home. I believe the word I’m searching for is pussy-whipped. John Smith hasn’t come across the term. But he will
.

Joanne Jackson lives alone at number five. She has lots of visitors, if you know what I mean. She also has a water feature in her front garden: a small fountain over a pond that bubbles and trickles throughout the day. Her koi carp are large, colourful and pretty, although I think she spends an excessive amount of time tending to the damned things. It would certainly explain the wet patches on her clothing and the curious smell that surrounds her. Joanne is also pissed off because the cat from Tanya Maxwell’s at number two keeps creeping around her ornamental pond, hungrily admiring the fish
.

The Graftons live at number seven, and Denise and Derek Shelby next door at number eight. Denise and the Graftons frequently share a bed. They’re like rutting rabbits. Derek doesn’t seem particularly interested in the games they play. I’ve heard people say he gets more pleasure from polishing his car than from being intimate with his wife. But Denise doesn’t let Derek’s lack of interest interfere with her sex life. Denise and the Graftons are also regular attendees at the parties thrown by Ted and the beautiful Linda at number six. Special
parties
, if you know what I mean. They’re all hedonists. Libertines. Sex-mad immoral – amoral – bastards. Call them what you will
.

Ted and Linda have the only house on Cedar View that lays claim to a pool, at the rear of the property, inside the massive conservatory they erected two weeks after moving in. Personally I wouldn’t see the point in spending so much money on something as frivolous as a pool. And it’s not just the initial expense: there’s the upkeep, making sure the temperature is correct, maintaining the balance of water and chloride or chlorine or chloroform or whatever it is they put in to stop algae forming. But Ted and Linda seem to enjoy the thing. The pool certainly fills up at their parties. Anyway, it’s their house and their money
.

A lot of people speculate about what goes on at number four. The McMurrays are a reclusive couple and spend so little time outside during daylight hours that some residents think they might be vampires. That would certainly account for the pale complexions, the gothic clothes and the midnight screams that sometimes issue from their cellar. But I know there’s a rational reason for all those things and it has nothing to do with vampires. I know that Max McMurray is one of the most competent disciplinarians a servile woman could ever wish to encounter. And I know that’s one of the reasons Megan keeps inviting her sister round to their house
.

So, now you know the names of everyone on Cedar View, perhaps you’d like to meet the neighbours? They’re just this way
…

‘Tom. That pervy old twat from number one.’

‘What do you think he’s doing? The same as he always does. He’s
watching
.’

John stepped away from the bay window and glared at his wife. He was a tall, slender man with short blond hair and wire-rimmed spectacles. The white shirt and pale-grey pants gave him an insubstantial appearance, like a ghost. Most people described him as bookish. Neighbours, who had never thought to ask, assumed he worked in a dry, dull office and was probably some sort of accountant. Ironic, Jane thought, because her husband didn’t work in anything remotely like accounting. Like her, he was in administration.

She dropped her copy of
OK
to the floor and rushed to her husband’s side at the window. She was shoeless – her sensible low black pumps were hidden discreetly
in
the hall closet behind the front door – and her stockinged feet slipped dryly over the smooth, hard laminate. The TV played muted soaps in the background, and the remote lay on the polished glass surface of the TV stand, where it was always put, so that it couldn’t be lost. The lounge looked as picturesque as an advert for furniture polish – and as antiseptic. A compact leather settee with matching armchairs dominated the floor space. The blandly tasteful walls were decorated with a triptych of blandly tasteful wedding photographs. The only clutter was the magazine Jane had just dropped on the floor.

‘You’re kidding me, aren’t you? Has he really got binoculars?’

John shrugged, as if to say, ‘Look for yourself.’

Jane twitched a corner of the net curtains to one side and squealed with a mixture of shock and delight. Tom was sitting on the low garden wall of number two. His face was half hidden behind a pair of glossy binoculars that wouldn’t have looked out of place in a James Bond movie. The contrast of the modern equipment in the gnarled and nicotine-stained hands of their decrepit neighbour was jarring but, perversely, not unexpected.

‘I’m doing it,’ John declared. He headed for the lounge door. ‘I’m going out there, I’m going to snatch those binoculars out of his hands, and I’m going to ram them right up his –’

Jane didn’t shout the word. After seven years of marriage she had no need to shout any command she gave to her husband. There had been times when it was like training a dog – a tiresomely wilful dog like a Jack Russell or a particularly obstinate bull terrier. But now the hard work had been done. Jane knew she only had
to
speak to her husband in an appropriately stiff tone and his lapdog acquiescence, if not obedience, was instantly assured.

The idea came to her as though it was the fruition of a lifetime’s planning. ‘If Tom wants a show, that’s what I’m going to give him. None of the other boring shits on this street will ever do anything to properly engage his interest.’ A devilish smile lifted the corners of her mouth. Her china-blue eyes narrowed with merciless glee as she pulled the net curtains aside. ‘Stick around, darling,’ she suggested. ‘You might see something new.’

With the curtains drawn back the lounge seemed an hour brighter. From the corner of her eye Jane saw Tom’s binoculars twitch in her direction. A glint of sunlight on the lenses told her she had their neighbour’s full attention. Glancing at John, she saw that his naked outrage had the same wide-eyed intensity as Tom’s magnified gaze.

Jane raised an eyebrow, knowing John would back down. She had made her decision and didn’t care if he agreed or approved. More importantly, he had to
know
that she had made her decision and that she would never be swayed. It was one of the important lessons that she believed should be reinforced consistently throughout a good marriage. ‘If you don’t want to watch this, you can always go outside and have one of your damned cigars. No one’s stopping you, darling.’

‘What will the neighbours think?’

She regarded him coolly. ‘Fuck the neighbours. Fuck the neighbours right up the arse. The self-obsessed shits round here wouldn’t notice if I painted
my
backside bright blue and did cartwheels on the front lawn.’ Turning away from her husband, smiling coquettishly towards the window, she shrugged off the cream cardigan that had been draped over her shoulders.

John released a sigh of protest. It sounded like a muted groan. He looked as if he was going to say something else. Defiance glimmered briefly in his eyes, then dwindled to a smoulder and disappeared. He marched to the DVD cabinet where he kept his tubes of cigars, took one and stormed from the room.

Ignoring her husband’s departure, Jane began to pop the buttons on her cream blouse. She executed the striptease slowly, seductively, completely aware of her one-man audience. She was inspiring an excitement Tom had not felt in years. His binoculars remained fixed on her as she sashayed slowly around the room, his gaze intense and unwavering. From the little she could see of his face, he seemed to be wearing a huge, expectant grin. She knew she was thrilling him with the prospect of a private peepshow.