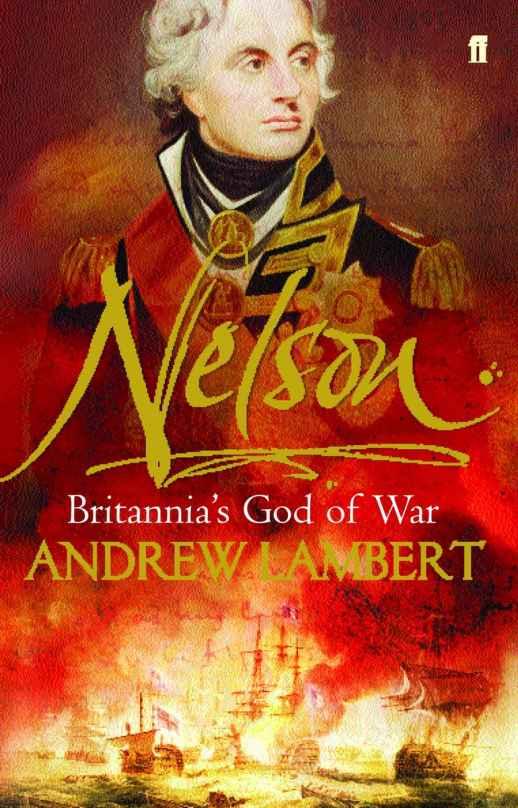 To my father David Lambert,
another Norfolk man of the sea

Title Page
Dedication
List of Illustrations
Preface
INTRODUCTION: Nelson Today, Nelson in Context
PART ONE: The Making of a Hero
I: The Student of War 1758–82
II: Nelson, the Americas and a Wife 1783-92
III: The Chance for Glory 1793
IV: Corsica and the Passing of Hood 1794
V: The Commander Emerges 1795
VI: Nelson and Jervis, Partners in War 1796
PART TWO: Towards Greatness
VII: Triumph and Disaster 1797
VIII: The Nile Campaign 1798
IX: Naples and the Hamiltons 1798–9
X: Subordination and Homecoming 1799–1800
PART THREE: The Years of Command
XI: Command in the Baltic Sea 1800–1
XII: Defying Bonaparte 1801
XIII: Master of the Mediterranean 1803–5
XIV: To the West Indies and Back 1805
XV: Trafalgar 21 October 1805
PART FOUR: Nelson after Trafalgar
XVI: Death and Transfiguration 1805–85
XVII: Nelson Revived 1885–2005
Appendix, Sources, Notes and Index
Appendix: ‘The Black Legend’
List of Source
Notes
Index
About  the Author
Copyright
Plates

1 The first portrait of Nelson, by John Francis Rigaud

2 Portrait of Nelson by his lifelong friend Cuthbert Collingwood

4 Nelson wounded in the right arm by Richard Westall

5
The Battle of the Nile
by Thomas Whitcombe

7
Nelson recreating with his brave tars
by Thomas Rowlandson

8
The Battle of Copenhagen
by Nicolas Pocock

9
The Battle of Trafalgar
by J. M. W. Turner

10
The Death of Nelson
by Benjamin West

11
The Death of Nelson
by Arthur Devis

12 Nelson’s uniform coat, with the hole made by the fatal bullet

14
The Apotheosis of Nelson
by Benjamin West

Cross-section of a ship of the line in Nelson’s time,

Nelson volunteering to board a prize in a gale,

Prince William Henry on board the
Prince George,

The burning of the French fleet at Toulon,

Fighting a gun in action, by Rowlandson,

The boarding of the
San José,

The last letter written by Nelson with his right hand and the first  with his left,

Nelson views the destruction of
L’Orient
from HMS
Vanguard,

Ledy Hamilton posing in an ‘attitude’,

‘The Jolly Tars of Old England’,

The attack on Copenhagen,

Bonaparte sees ‘the writing on the wall’,

Nelson explains his plan of attack,

The Nelson Column on Trafalgar Day, 1897,

The battle of Cape St Vincent,

Nelson in the Mediterranean,

The battle of the Nile,

The battle of Copenhagen,

The battle of Trafalgar,

All Plate Section pictures are © National Maritime Museum, London (www.nmm.ac.uk) except 13, © Getty Images/Hulton Archive. All Pictures in Text are from
Nelson
and
His
Times
by Rear-Admiral Lord Charles Beresford, 1897, except that on page 339, courtesy of the British Film Institute. Charts on pages 88, 114–15, 125 and 204 © John Flower, 2004.

I began this book after two decades researching, writing and teaching naval history. It was the last task that persuaded me to make the attempt. Students possess a remarkable ability to question received wisdom, and always expect better answers. I had long believed that Nelson’s was a story so often told as to defy re-interpretation, but such thoughts were soon changed by the experience of trying to teach from the extant literature. The questions that my students posed were not biographical: they wanted to know about his education, his approach to strategy, his relationship with other senior officers, and the longer view of his significance. Why was Trafalgar such a landmark? Without those questions this book would not have been written. It was in the Naval History classes of the past decade that much of this approach was developed.

With the bicentenary looming, promising a dramatic upsurge of interest in the greatest Admiral, there would be no better time to address these questions. The fortuitous combination of an idea for a book and a publisher with the courage to try another Nelson has left me eternally indebted to my editor at Faber, Julian Loose, whose merits will only be truly understood by those who have worked with him. His oversight of the project has been one of its principal pleasures. As the idea turned into a manuscript I was fortunate to find willing and able readers. Michael Budden spoke up for the opposition, Michael Tapper provided a view of Nelson from Burnham Thorpe and a long immersion in the subject, while Colin White shared the fruits of his immense labours in the field, labours which have done much to widen our view of the man, and to uncover more of his legacy. Because they asked such good questions their input was invaluable; by seeing the work through their eyes my judgements have been questioned, and refined.

Support for the project was equally forthcoming from the staffs of the various libraries, museums and archives in which it was researched: the British Library, the National Archives, the National Maritime Museum, the Nelson Museum at Monmouth, the libraries of the University of Michigan and Duke University, North Carolina. The library of King’s College, London, holds a wealth of important literature on the subject. The cultural impact of Nelson was equally significant, with major collections at Greenwich, Portsmouth, Monmouth and Great Yarmouth, along with the enduring presence of HMS
Victory
. Yet for me, and I suspect many others, the true meaning of Nelson only becomes clear in the crypt of St Paul’s. My debt to those scholars whose ideas and research have contributed to this book, from the eminent students of Nelson to art historians and strategists, is reflected, if not adequately repaid, in the footnotes and bibliography. What merit this book has is largely a reflection of the range and quality of work on which it is based.

A very different kind of research took me to sea on the replica of HMS
Endeavour
in 2001. I will be eternally grateful to the BBC for the opportunity to serve in an eighteenth-century square rigger and learn about time and motion, the camaraderie of the sea and the inner life of the ship. They were also kind enough to send me home. In 2003 another BBC project took me to a number of Nelson sites, widening my understanding of critical campaigns. The University of Copenhagen hosted a lecture on the posthumous reputation of the hero, and provided an opportunity to see the site of the battle and the passage of the Sound at Elsinore. Similarly the National Museums and Galleries on Merseyside hosted a lecture on the artistic response to Nelson’s death at the Walker Gallery, alongside two of the major canvases.

My family has given more help than I have a right to ask. Fortunately for Zohra and Tama-Sophie Calvi was a great holiday destination, but on so many occasions when the needs of an author have clashed with other demands they have understood. My parents have provided constant support, emphasising one thing that I am proud to share with my subject. I am a Norfolk man. While writing this book I incurred another debt, to the surgical team and all the staff at the Papworth Hospital in Cambridgeshire. Their skill and care transformed my father’s life.

My colleagues at King’s College provided the encouragement and consideration that make the academic community such a positive working environment. The support of the Tubney Charitable Trust has enabled the College to increase the provision of Naval History, uncovering yet more excellent students anxious to pursue the subject. That support has been greatly appreciated by the staff and students of the Laughton Naval History Unit. The Navy Records Society has provided another focus for Nelson studies, and the support of the Officers and Council has made my term as Secretary a pleasure. Disinterested scholarship and polite discourse are still alive in the twenty-first century.

By some curious chance I finished the manuscript of this book at the end of January 2004, the day I surpassed Nelson. Turning off the computer I was profoundly struck by the fact that I had just exceeded his lifespan, by half an hour.

Although many people have helped to limit my ignorance, and reduce the errors that appear in this book, for which they have my sincere thanks, they cannot share responsibility for what appears in print. That, very properly, rests on my head. 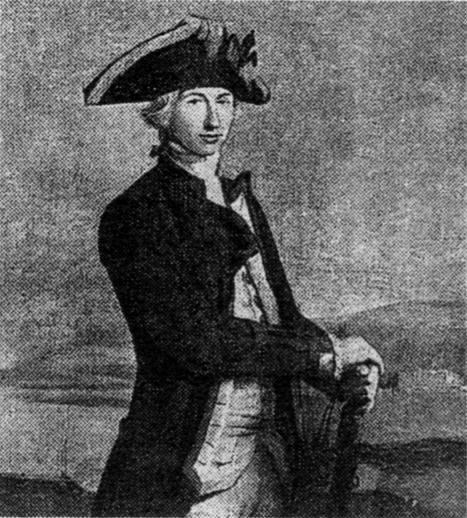