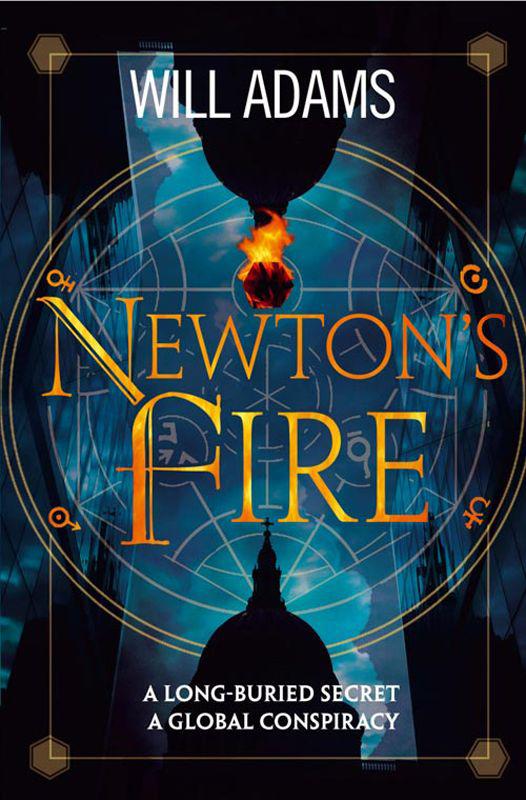 To Jonathan and Sarah

Also by Will Adams

There was singing in the French Protestant Church as Erasmus and his companions turned into St Martin’s Street, but it was evidently the last act of the service, for the doors opened as they trundled by, and the congregation began trickling out, singly, in pairs and in small family clusters, bracing themselves against the wintry night.

‘You ain’t trying to save our souls now, are you, Ras?’ muttered Johann.

‘Someone needs to,’ he retorted.

‘They will after tonight.’

Erasmus spat over the side of the cart, gave the horses a tickle with his whip, peering through the darkness for the house. When he found it, he gave the reins a tug and they came to a halt.

The congregation had already largely dispersed, chased off by the cold drizzle. The church doors closed again, leaving the cobbled street empty, dark and silent, save for the creaking boards of their own cart and the muffled revelry of Leicester Fields. He passed the reins to Johann, climbed down. His left boot splashed in a puddle he hadn’t seen, and the chill of it penetrated his sole almost at once, feeling peculiarly like fear. He scowled as he strode over to the front steps, both from irritation and the need to give himself resolve. Johann was right. For all the prestige and the fine title of the man who’d given them their orders, Erasmus didn’t like this business one bit. Too many mysteries. Too much whispering in dark corners. But it wasn’t for the likes of him to doubt knights of the realm; nor to turn down their guineas neither.

He knocked three times. Nothing happened. He banged twice more, cupped his hands around his mouth, gave a holler. Still nothing. He looked around at his companions, shrugged. Sir Christopher had been adamant there would be someone here. He called out again, and finally he heard something inside. Bolts were drawn; hinges creaked. The door opened to reveal a portly, elderly man of middle height with unkempt grey hair down to his shoulders. He was dressed in black and he was holding a five-branched candelabra, so that tiny sparks of light reflected from his dark eyes. ‘Sir Christopher’s men, I take it,’ he said.

‘He said you had something for us to collect.’

Erasmus shook his head. ‘No, sir. Only that it would need ten of us.’

The old man stared at him for several moments. It made Erasmus feel like a whipped child. Despite the chill of the night, a bead of sweat trickled from his nape down his back. ‘Where’s Sir Christopher now?’ he asked.

‘Then how can I trust you’re who you say you are? Did he give you a token to show me?’

Erasmus scratched his throat. There’d been a lot to remember this evening, and memory had never exactly been his greatest strength. ‘The word was Polanus,’ he said.

The old man gave the first hint of a smile; though no more than a hint. ‘Close enough, I suppose.’ He glanced across at the cart. ‘Your men won’t be much help over there, will they?’

Erasmus beckoned them over. ‘Come on, lads. Work to do. Fees to earn.’

‘Have them wipe their boots,’ said the old man.

He led the way along a passage flanked by open doors, his candlelight offering brief glimpses of desks and tables strewn with papers, mirrors that stretched and shrank, dark oak-panelled walls with curtains red as slaughterhouses. Erasmus raised an eyebrow at Henry. For sure, they’d crack some jokes about this later, fortified by an ale or two; but right now he didn’t feel much like laughing.

They passed out the back of the house. The old man unlocked and opened a cellar door, releasing a draught of foul-smelling air. He didn’t even seem to notice, just went straight on down, taking the candlelight with him. They looked hesitantly at each other. It was absurd to be scared of an old man and his cellar; yet scared they were. Something here wasn’t right. Something wasn’t of this earth. The smell of it, sulphurous and evil, like a gateway to hell itself.

Erasmus shook his head at himself and his companions. He steeled himself and led the way. The cellar surprised him. From its stink, he’d expected something rotting and damp; but actually it proved clean and dry. The stench had to be coming from the jars, bottles and flasks that were crowded on the worktables and shelves, filled with colourful powders and liquids; or perhaps from the cold ashes of the great furnace against the far wall. But it was to the left-hand wall that the man went, to three oak chests lined up against it. He rested his hand on the largest, a little over five feet long, maybe three feet wide and high. It had four brass handles along either side for carrying, another pair at either end. But it had no obvious hinges, lock or lid, no way to open it.

‘Is this it, then?’ asked Erasmus. ‘These three boxes?’

‘These three boxes,’ agreed the old man. He smiled at Erasmus’s companions, hanging back at the foot of the steps. ‘Come now, gentlemen,’ he mocked. ‘We’re not scared of a few boxes, are we?’

Simeon came across, lifting his chin defiantly. ‘Ten of us?’ he asked. ‘Just for these?’

Simeon nodded. He was short of stature, but he had broad shoulders and monstrously powerful arms. He took hold of the brass handles and heaved it up, raising it barely an inch from the floor before dropping it again and rubbing his palms ruefully on his breeches. He turned to Erasmus. ‘Hell’s teeth,’ he said. ‘So that’s what you did with your missus.’

Laughter settled their nerves. They clustered around the chest, took a handle each. When they were all braced, Erasmus gave the word and they lifted it up together, shuffled it over to the foot of the steps before setting it down again with a dull thump that sent shivers through the floor, shook dust from the walls. They stood there, massaging their backs and flexing their sore fingers, looking with dismay at the steep steps that faced them.

‘In the name of Christ,’ said David, staring balefully at the chest. ‘What’s in this thing?’

The old man smiled, as though he’d been hoping someone would ask. ‘The end,’ he said. ‘Or the beginning of it, at least.’

They looked at each other with bewilderment, but it was Erasmus who voiced their shared thought. ‘The end of what?’ he asked.

The old man’s smile broadened. ‘Everything,’ he said. ‘The end of everything.’

Luke Hayward was lifting a stack of documents from the cardboard box when he glimpsed the sliver of sepia paper about two thirds of the way down. It looked altogether more intriguing than anything he’d seen so far. Stiffer and older and with a fractionally compressed edge, as though it had been cut by a blunted guillotine. His heartbeat accelerated slightly; but only slightly. Experience had taught him not to get his hopes up at such faint hints of promise.

He put the stack down on the dust sheet, lifted off and set aside the top half, then a bit more, exposing the front of a faded manila folder on which someone had scrawled
S.I.N.
in smudged black ink. His heart gave another kick, more pronounced this time, more warranted. His mouth was dry, he realized; he swallowed some saliva then paused to wipe his hands, deliberately taking his time. If disappointment awaited him, as surely it did, he could at least defer it a few more moments.

He crouched down, lifted up the front flap of the folder with his index finger, pulling the sheet with it a little way, too, as though glued to it by habit; but then he lifted the flap further and it released with a faint whisper and fell back and outwards; and Luke froze for a moment, staring down at it in disbelief.

Husband and Wife by Leah Stewart
The Last Portal by Robert Cole
Silver Bay by Jojo Moyes
Christmas in Cupid Falls by Holly Jacobs
10: His Holy Bones by Ginn Hale
Wolf Moon by Ed Gorman
The Golden Flask by DeFelice, Jim
Not Ready To Fall by Sophie Monroe
Fool Me Once by Fern Michaels
Soul Reborn (Key to the Cursed Book 1) by Jean Murray
Our partner