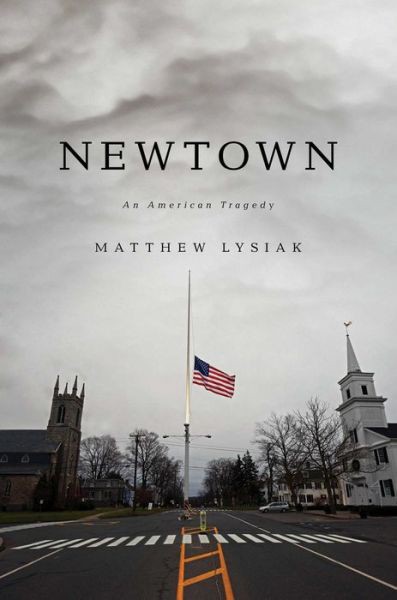 I
covered this story as a journalist for the New York
Daily News,
beginning on the afternoon of December 14, 2012. For the purposes of this book, I moved to Newtown. The story recounted here is a combination of my reporting at the time, hundreds of subsequent interviews, hundreds of emails obtained from friends and family members, and police documents, in addition to relying on various media reports I consider reliable.

Anything in quotation marks was either captured on tape, reported by me or other journalists, reconstructed from the memories of survivors, or published in official documents. Passages suggesting thoughts are in italics, and come either from emails, or in most cases, from the memories of the subjects themselves.

Actual names have been used, with the exception of one: the pseudonym Dennis Durant was invented to identify a person close to Nancy Lanza who was a frequent source but did not want to be
identified. Due to the sensitive nature of the tragedy, relatives of Adam Lanza who contributed to this story also did not want to be named.

In several instances, conflicting accounts have emerged, including the timeline regarding which classroom Adam Lanza entered first and whether his initial target was Sandy Hook Elementary or Newtown High School. In both instances, and others, I move forward with the best evidence available at the time of this writing.

Quotes from Nancy Lanza and episodes involving her and Adam Lanza are compiled from the recollections of relatives and from emails either obtained or seen. No dialogue was made up for dramatic reasons or for any other purpose.

I refer to the press in the third person to avoid injecting myself into the story. In the initial fog of war, almost all media reports got major elements of the story wrong—myself included.

All time references for the attack are based on law enforcement sources along with recollections from eyewitness testimony, which at times have conflicted.

The morning of December 14, 2012, changed America. As we struggled to understand what could have been done to prevent the bloodshed at Sandy Hook Elementary School and, more important, how to prevent future tragedies, the country soon found itself embroiled in a national dialogue about society’s role.

Much of the debate centered around our access to high-powered weaponry, flaws in our mental health system, school safety protocols, and the violent images that have become increasingly pervasive in today’s culture. Sweeping legislation was discussed, new laws were debated, some laws were even passed, while other legislative
proposals will still be debated long after the publication of this book. But while the country continues to debate what to do next, the facts of what led up to the tragedy still remain largely unknown. To have any hope of preventing the next Sandy Hook, we must first know the facts and circumstances that led up to the horrific act.

Who was Adam Lanza? Why did he do this? Could he have been stopped?

This book hopes to inform the debate and provide a broader context.

I believe this is an important story that needs to be told. Hopefully, this book contributes to a better understanding of what happened on that tragic day of December 14, 2012, and as a result better informs us on how to best move forward.

CHAPTER 10:
Something Is Wrong at Sandy Hook

CHAPTER 14:
The Three Days After

CHAPTER 16:
The Trial of Nancy Lanza

W
hen I arrived in Newtown in 1999, I was greeted with a variety of bumper stickers and license plate frames that read:
IT
’
S NICER IN NEWTOWN
.

That campaign carried on for several years, reminding us of what this community offers to its citizens. It is a town that has been through many changes in its more than three-hundred-year history, demographically, industrially, and socially. It is a place of quiet and respite where parents can raise their children with strong values and provide many opportunities for their growth and development into responsible and positive adults. It is a community where priorities are very clear, especially in terms of family, friendship, and faith. It is a community in which people choose to live because of who and what we are. And in just about every way, it is still “nicer in Newtown.”

However, on December 14, 2012, the bumper stickers changed to: W
E ARE NEWTOWN. WE CHOOSE LOVE
as a result of the horrific
action of one person that destroyed the lives of too many innocent people forever. There was no single victim as a result of that day; we all became victims.

We looked on in disbelief as more and more grim details emerged about what exactly had happened that Friday morning. The day started like so many others: parents went off to work with a hug from their children knowing that the weekend was almost here, other parents kissed their children good-bye as they put them on the bus or dropped them off at school, still others went about their chores knowing that the holidays were rapidly approaching.

As we all became aware that a horrible tragedy had come our way, rumors ran rampant and people began panicking. Events like this were not supposed to happen in Newtown; these things happened in urban communities, not in a town like ours.

I remember vividly the phone message telling me to come to Sandy Hook Elementary. Once I reached the firehouse, located a few hundred feet from the school, and saw the emergency vehicles and corps of first responders, I approached the front entrance of the building, usually teeming with happy students, and came to a sudden stop as I heard the sound of broken glass under my feet, a sound I still hear on sleepless nights. I stood frozen and quickly realized that I needed to be at the firehouse where the children and families were gathered. There, I found the real heroes of the day, the teachers and staff trying to calm the youngsters and create some order in the midst of chaos. Children ran to me, calling out my name. They were confused and afraid. They were not sure whether they should leave with their parents or stay with their classmates and friends.

And then the moment of reckoning took place as the parents of those students who did not respond to the roll call stood in absolute terror and were invited to enter the firehouse. The reality began to settle in. There continued to be hope. Rumors had it that some of the children had been taken to the hospital and some had run to the police station. Parents were on the phone asking relatives and friends to check anyplace they could think of to see if their child was there and safe. Frustrations and fears mounted as the passing minutes seemed like hours. One mother would begin to cry and another would console her. It was a scene no one could imagine, and certainly no one wanted to be a part of it. Then the announcement came, and one by one, parents, relatives, and friends were left holding tightly to one another, lives irrevocably changed.

Evil had visited our town. If for only a moment, we saw evil face-to-face as the lifeless bodies of twenty children and six committed educators were removed from a building that had been violated by one senseless action. The community was called together to be present for one another.

As I left the firehouse to return to the church and plan a vigil service, I was mobbed by the media. Question after question was thrown at me. Of course, the ultimate question was: Why? Why did this happen? Why did this happen here? Why were the lives of twenty-eight people destroyed? As often as the question was asked, there were no answers. I was also asked if the families were questioning why God would allow this to happen—a question not one person in that firehouse had asked that day. They knew this was not the hand of God. They knew this was evil.

Because we were in the midst of the Christian Advent season,
the themes of this holy season became even more important to us: light overcomes darkness and good conquers evil. No matter what the circumstances, no matter how ugly and difficult, this truth was apparent. It only took seconds for the goodness of the community to emerge more fully than ever before—a goodness in each of us, now brimming over for everyone to share. People rushed to be with each other, holding something as simple as a tissue to dry the tears of those who were overwhelmed. As the early darkness of winter began to settle in, the light from candles began to light up the sky, thousands of candles. People gathered wherever they could. Simple shrines filled with flowers and teddy bears and angels began to appear. No one would be alone in this, no one would have to face it without help. We were in it together as a community and we were not going to let one horrifying action destroy who we were. Houses of worship were filled with people just sitting in stunned silence . . . and praying, perhaps for the first time in a long time. Could this be real? Could this really be happening? Where would we go from here?

Wakes and funeral services were planned. People gathered by the thousands to support those families who had lost their loved ones. Every service reflected love and care, the hallmarks of a town like ours. It was unbelievable to witness the outpouring of generosity, shared suffering, and true concern. It became quiet after that, as families retreated to their homes and entered that endless period of their lives filled with grief and mourning.

And then a new challenge emerged as Christmas Day approached. Should we just cancel Christmas this year? Should we extinguish the lights that decked our homes and businesses? Once
again, the true nature of the town emerged. Christmas would be celebrated, although perhaps much differently than ever before. It seemed to me that the lights shone brighter, reminding me of the banner that hung on the front of our church:
LIGHT OVERCOMES THE DARK!