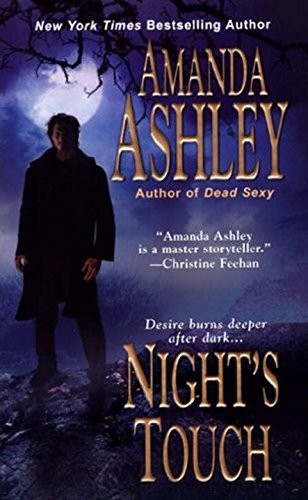 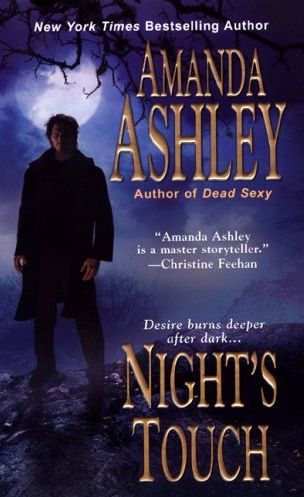 "IS THAT THE BEST YOU CAN DO?"

"You know better than that, darlin'," he said with a wicked grin.

His kiss was like silken fire and lightning, sending heat shooting through every fiber of her being. Cara pressed herself against him, wanting more.

"Nothing," she said innocently.

"Nothing?" He drew her body tight against his, letting her feel his arousal.

She smiled at him, a decidedly sexy, wanton smile.

"You keep looking at me like that and I'm going to take you upstairs and have my way with you."

"Better hurry," she said, "I have to be back at work in half an hour."

A WHISPER OF ETERNITY

who gave me the idea for

writing a sequel to
Night's Kiss.

And to Ronda Thompson

for brainstorming with me

in the wee small hours

And to the ladies in my critique groups

for their invaluable help.

It was at a very early age that Cara Aideen DeLongpre realized her mother and father weren't like her friends' parents. For one thing, she never saw her mom and dad during the day, and they never ate dinner together, the way families did on TV. As far back as Cara could remember, she had eaten all her meals in the company of her nanny, Charlotte Ray, until Charlotte retired. Cara's new nanny, Melissa Kent, had been much younger than Miss Ray, and although Cara missed her old nanny, Miss Kent quickly found a place in Cara's affections.

Cara was homeschooled by Miss Louise Byrne until she turned twelve. On her birthday, Cara's father informed her that she would be going to public school so that she might associate with other children. Cara wasn't happy about that, but her father assured her that it was for her own good. She needed to learn how to get along with people her own age. To that end, Miss Byrne was dismissed and Frank Di Giorgio was hired. Mr. Di Giorgio had thick black hair going gray at the temples and gray eyes that, when he was angry, looked as cold as stone. He was built like a wrestler and had a face like a bulldog. It was his job to drive Cara to school and pick her up afterward.

Going to public school had been a trial. After spending the first twelve years of her life with adults, Cara had found it hard to relate to children her own age. It had also emphasized, once again, the differences between her parents and the parents of the other kids. Her mother and father didn't attend parent-teacher conferences or school plays or any other functions, unless they were held at night.

Until Cara went to school, she had assumed that everybody opened their Christmas presents at night and hunted for Easter eggs after the sun went down. Thanksgiving was a holiday that was never celebrated in her home. Valentine's Day meant a big candy heart from her daddy.

Cara's favorite holiday was Halloween. She always dressed up as a witch, and her mother and father always went trick-or-treating with her. Her mom dressed as a witch, too. Her dad didn't dress up, though he did wear a long black cloak that made the other kids ask if he was supposed to be a vampire.

When Cara turned sixteen, she was allowed to go out with boys, but only if they went out with a group or with another couple. To her chagrin, Mr. Di Giorgio was always nearby and Cara came to understand that he was no longer just her chauffeur, but her bodyguard as well, though she had no idea why she needed a bodyguard. Bodyguards were for presidents and rock stars, not for ordinary people.

She put the question to her mom and dad the night after it occurred to her.

Roshan DeLongpre considered his reply for several moments before he answered his daughter's question. He wasn't surprised by it, only amazed that it had taken her so long to ask.

"I'm a wealthy man," he explained patiently, "and I have many enemies. Frank is there to make sure that no harm comes to you."

"What kind of enemies?" Cara asked.

She digested that a moment, then asked, "Why don't I ever see you or Mom during the day? Why don't we eat together? Where do the two of you go every day, and why can't I ever go with you?"

Roshan looked at his wife, one brow arched in a silent plea for help. He and Brenna had both known this day would come sooner or later, but how did a man tell his adopted daughter that her father and mother were vampires and, more than that, that her mother was a witch?

Brenna took her daughter's hand in hers and gave it a squeeze. "Years ago, while traveling in Africa, your father and I contracted a rare disease. The sun is like poison to us now, so we sleep during the day."

Cara nodded. She knew she was adopted. Her parents had told her that as soon as she was old enough to understand. It explained why she wasn't affected by the same disease that plagued her mom and dad.

"Maybe we could eat dinner together?" Cara suggested. "Like other families. You know, like the ones on TV."

"Due to our ailment, your father and I are on a rather strict liquid diet," Brenna said after a moment, "but we'll be happy to sit at the table with you while you eat, if you like."

"I'd like that very much," Cara said, smiling. "At least once in awhile."

"Then that's what we'll do," her father said.

"Are we very rich?" Cara asked.

"Do you think I could have a car?"

"When you're eighteen," her father said.

Cara sighed. "Lily got a new car for her sixteenth birthday. So did Jennifer. Why can't I have a car now?"

Brenna looked at her husband, one brow raised as she, too, waited for his answer.

Roshan glanced from his daughter to his wife and back again. "We'll compromise," he said. "You can have the car of your choice when you turn seventeen."

The car she chose was a baby blue convertible with black interior.

Cara was twenty-two years old when she finally discovered why her parents weren't like everyone else's.

¿Se lo decimos al Presidente? by Jeffrey Archer
Tiana (Starkis Family #3) by Cheryl Douglas
The Fanged Crown: The Wilds by Helland, Jenna
A Shroud for Delilah (DCI Webb Mystery Book 1) by Anthea Fraser
Ethan's Song by Carol, Jan
The Virgin Bride (The Australians) by Miranda Lee
The Novel Cure: From Abandonment to Zestlessness: 751 Books to Cure What Ails You by Berthoud, Ella, Elderkin, Susan
Where Angels Rest by Kate Brady
Back to Texas by Renee, Amanda
Not Since You by Jared, Jenna
Our partner