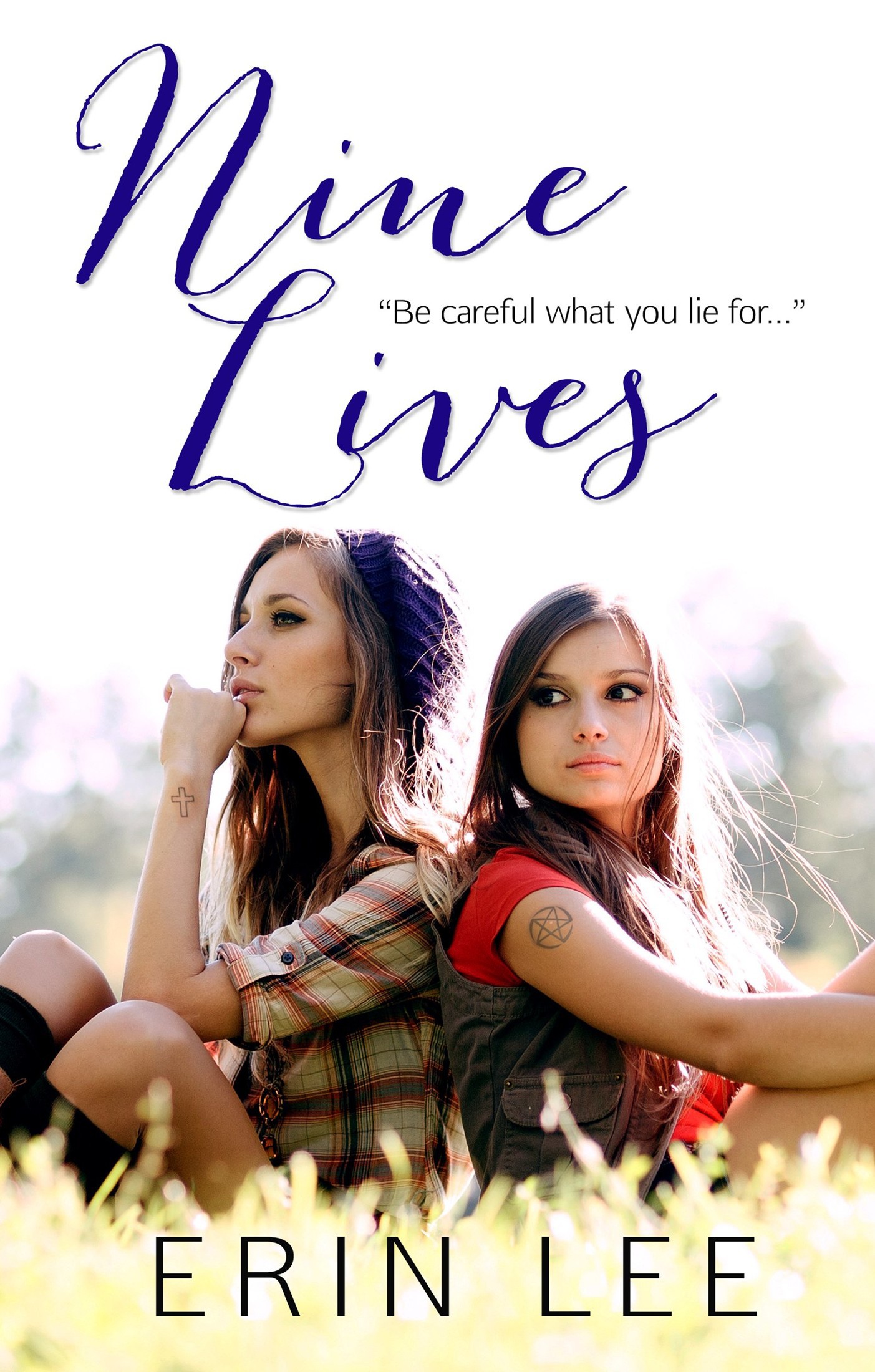 For all who are true survivors of abuse and neglect.

You are not alone.

I pray that we hear your voices,

and do something about it.

Stick close to those who support you,

and forget the rest.

who continues to believe in me,

even when I don’t.

Every day, I work with abused and at-risk children as a home-based family therapist and child advocate. Almost inevitably, I show up in a new family’s home—allegations, fears, and tempers fresh—and hear the same things:

The mother:
“But there’s no way my husband would do this. He’s not like the other men you deal with. He’s not that kind of guy. It’s not that I don’t believe her. Maybe she’s just confused. Maybe it was an uncle, a teacher, someone at school or the YMCA? Have they thought of that? Maybe she’s just trying to get attention. Could that be it? She’s always liked attention. She’s the baby, you know.”

“She’s been depressed. Her medications have her thinking something happened but nothing happened. I would have known. I’m always home. When could he have done this? Make her stop lying about her stepfather! He’s a good man.”

“She’s always been jealous of my relationship with him. She’s trying to destroy us. You know how kids are. Are you really going to believe this? There’s not even any proof. We don’t need help. What we need is for you people to let us figure this out ourselves. This is a family issue. It’s no one’s business.”

The child:
Usually looking down at the floor and crying, shaking, or a combination of each: silent.

The father:
Often incarcerated and/or out on bail or bond waiting for a court date. Living with a friend or family member who believes him unconditionally, likely his mother, who insists she didn’t raise “that kind” of boy: “I have never touched that kid or any kid. I’m not that kind of person. That’s gross and I’m not a monster. You have to believe me!”

“She has a wild imagination.”

“He has me confused with someone else.”

“He’s always lied. He’s lied since he was a four-year-old. You’re gonna believe him now? Be serious. If I was going to do something like that, I’d want you to lock me up and throw away the key. Ask anyone. Anyone who knows me will tell you I’m not that way. Ask my mother. Ask her. She knows me better than anyone.”

I take my notes, make my reports, begin formulating treatment plans, and make the proper referrals for medical care. I follow Department of Youth and Family Services (DCYF) case plans and work with the family—whether the children remain in the home or are moved to foster care—to begin a very long journey with a child who will likely never fully recover from the mental and/or physical scars of sexual or physical abuse.

In about ninety percent of the cases, I hold my tongue, bite the insides of my cheeks, and clench my fingers and jaw as I listen to one parent after another make excuse upon excuse for their spouse or partner. They claim to be certain their child is “lying” or “confused.” I, on the other hand, am certain they—the parents—are. I have to remind myself to stay calm.

Internally, though, I want to scream at them; asking how dare they call themselves parents when they are clearly uninterested in protecting their children. I want to be judge, jury, and executioner. My instincts tell me to believe the children blindly, snatch them up, walk out the door, and bring them to a safer place. I want to save them. All of them. This is because I know that ninety percent of cases of sexual abuse against a child go unreported because of pressures from family to keep things quiet. Countless children each year are left alone in situations they can’t deal with, being hurt by adults they trust and love. They suffer in silence. When they do speak, many don’t believe them.

The only reason I became a family therapist was to help children. I love kids and believe every child has a unique story to share with the world. When I hear of ways adults use power to abuse and neglect children, it fuels my resolve to stand up for these innocent victims of physical, sexual, and mental abuse. No child’s story should ever include any type of abuse at the hands of an adult. And when it does, every parent and adult around that child has a responsibility to protect that child, no matter what the cost or sacrifice to themselves. Sadly, that’s not usually how it plays out.

When I initially began this work, I realized I would burn out quickly if I kept taking victims’ stories home with me. I began losing sleep and spent off hours worrying about the silent child who had no one to be his or her voice. I spent more nights wanting to quit my job and graduate studies than feeling good about this important work. I grew cynical and angry that adults could commit such horrible acts against children. I began to lose faith in humanity. Until one day.

I was at a client’s house listening to a mother ramble on and on about how her husband was a good man, “a God-fearing man.” About how there was “no possible way” he could abuse his children. As I willed myself to keep from rolling my eyes, loathing and pitying her, I overheard the older of the two accusing daughters in another room. She was giggling, not typical behavior for a child who has just returned from a forensic sexual abuse interview and has a stranger poking around. I overheard her tell her sister that if their mother didn’t buy them cigarettes, they could “just go back down to the police station and get Dad in more trouble.” The conversation was as follows:

“What can they really say? They have to believe kids. That’s their job. Look at all the crap they already bought?”

Whispers: “Make her buy a carton. She’ll do anything to get him out of this. I hate them both.”

The anger I felt in that moment—realizing that I might actually be looking into the eyes of a desperate mother whose husband didn’t commit a crime but whose children were using their power and control of the system to manipulate a parent—is something I can’t explain. I felt betrayed and hurt. And I wasn’t even the mother. They weren’t my kids. This wasn’t happening to me or anyone I loved. I took it as personally as I do my mission to help abused children. All I could think about were the hundreds of other kids, to whom sexual and physical abuse really does happen, and wonder what kind of damage fake allegations like this could do to them.

That night, I sat down to begin writing
Nine
Lives
. This story is not about a specific family or those specific kids. Instead, it’s a fictional story based on where my imagination took me after seeing, for myself, that there actually are cases where innocent parents’ lives are destroyed simply because children have the power to do it.

Writing this book and overhearing that simple conversation between two sisters has made me question a system I once believed in. Where my focus had always been about the best interest of the child, at any cost, I began to realize that thousands of other lives were impacted too in ways I’d not considered. I’m okay with doing anything and everything I can to protect a child, even if it means helping prosecute someone without being 100 percent sure. As sad as that sounds, honestly, I’d rather be safe than sorry when it comes to the protection of children. But I’m not fine with helping kids use their voices to lie, manipulate, and destroy innocent lives. Now, I’m equally passionate about making sure that doesn’t happen either. For that reason, I’ll always be thankful to those two sisters.

I’ve written about child abuse before but wanted to understand how things could flip this way. I needed to see the system from a different perspective in order to comprehend how to fix it. As a parent, I cannot imagine what it would be like to have one of my kids falsely accuse me or anyone in my family of abuse that was not happening. At the same time, I realized, a child has to be pretty hurt to ever do such a thing, and I still have trouble grasping how things could ever get that bad. In writing
Nine Lives
, I’ve taken on the perspectives of many people involved in a fictional case of falsely alleged sexual abuse. In doing so, I’ve learned that life—and more specifically family lives—are very complicated. There is no such thing as a “truly innocent” adult nor an “entirely bad” person. The only absolute about absolutes is that, at least in this line of work, they don’t exist.

I still go into homes with the default of believing a child’s story. I can’t help it. It’s very rare that cases that start with “but he’s not that kind of man” don’t end with an admission of guilt and plea bargain. However, I do try to stay a little more open-minded now. I think it helps me work more effectively with everyone in the family. Because true or false, once an allegation of sexual or physical abuse is made in a family, it can’t be erased. The number of lives it changes is immeasurable—for better and for worse.

“For Moses said, ‘Honor your father and mother,’ and, ‘Anyone who curses their father or mother is to be put to death.’”

“What do you think? If a man has a hundred sheep, and one of them has gone astray, does he not leave the ninety-nine on the mountains and go in search of the one that went astray? And if he finds it, truly, I say to you, he rejoices over it more than over the ninety-nine that never went astray. So it is not the will of my Father who is in heaven that one of these little ones should perish.”

“Whoever spares the rod hates his son, but he who loves him is diligent to discipline him.”