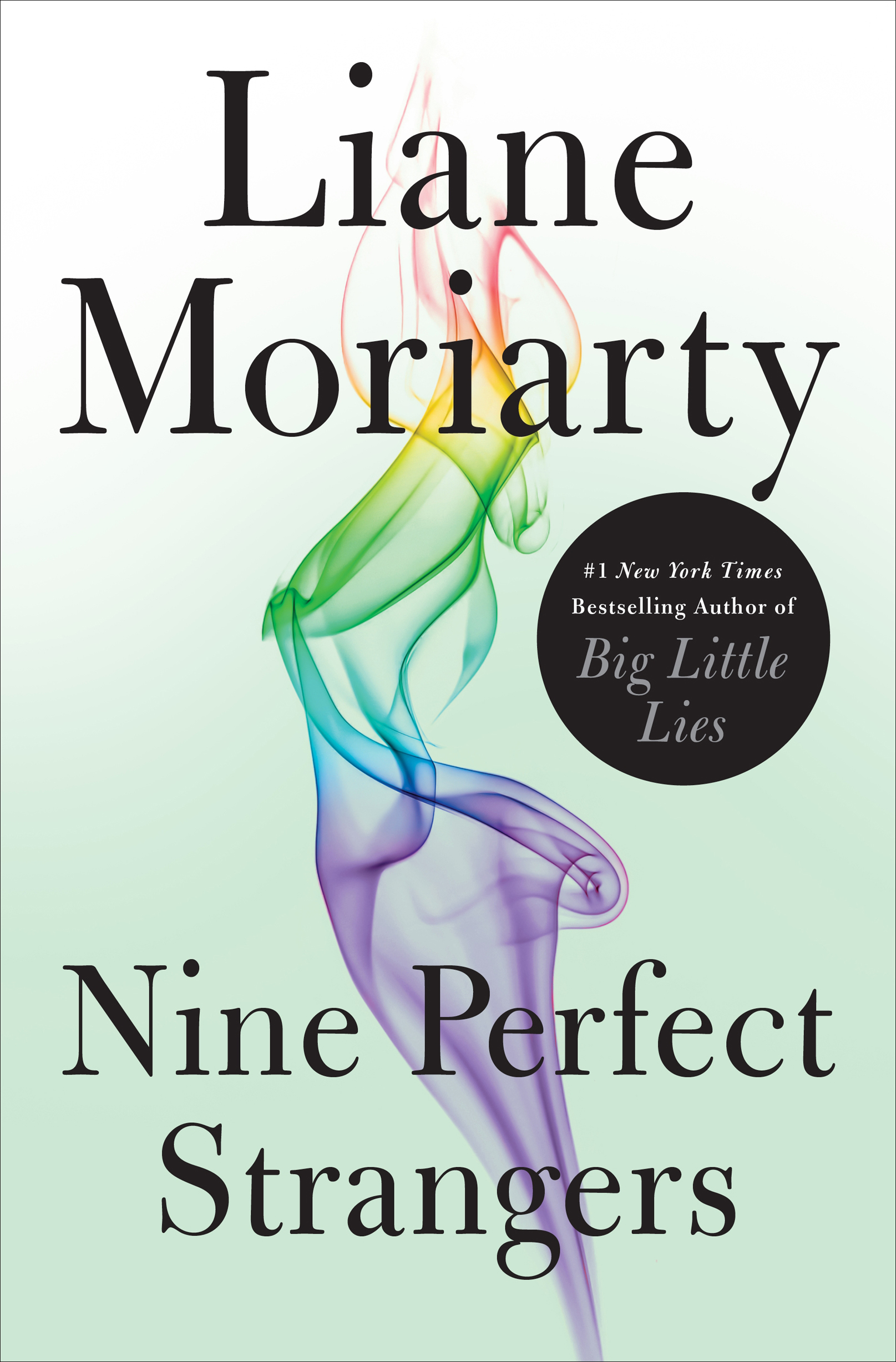 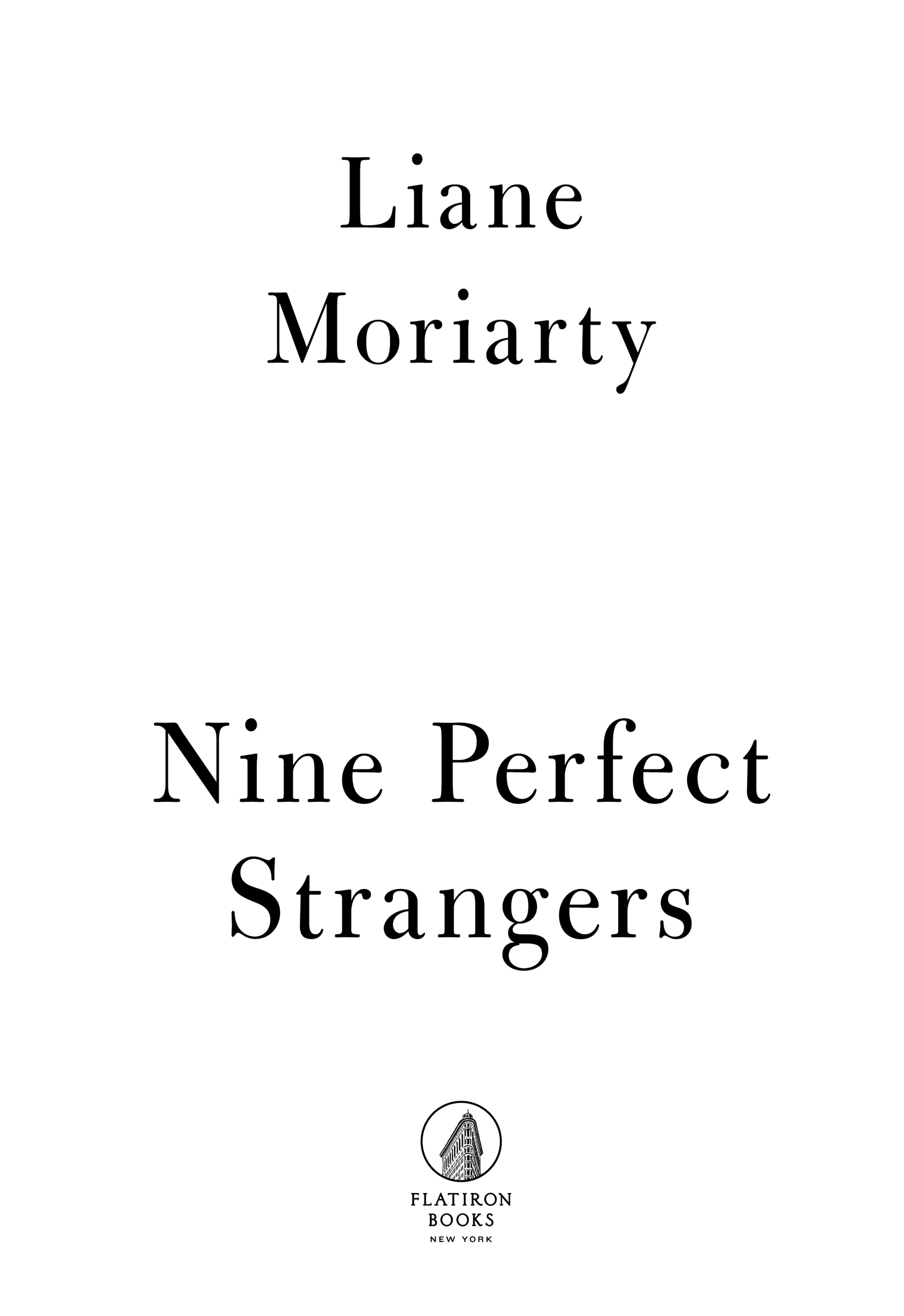 The author and publisher have provided this e-book to you for your personal use only. You may not make this e-book publicly available in any way.
Copyright infringement is against the law. If you believe the copy of this e-book you are reading infringes on the author's copyright, please notify the publisher at:
us.macmillanusa.com/piracy
.

With lots of love from me

You suppose you are the trouble

But you are the cure

You suppose that you are the lock on the door

But you are the key that opens it

Just when I discovered the meaning of life, they changed it.

“I'm fine,” said the woman. “There's nothing wrong with me.”

She didn't look fine to Yao.

It was his first day as a trainee paramedic. His third call-out. Yao wasn't nervous, but he was in a hypervigilant state because he couldn't bear to make even an inconsequential mistake. When he was a child, mistakes had made him wail inconsolably, and they still made his stomach cramp.

A single bead of perspiration rolled down the woman's face, leaving a snail's trail through her makeup. Yao wondered why women painted their faces orange, but that was not relevant.

“I'm fine. Maybe just twenty-four-hour virus,” she said, with the hint of an Eastern European accent.

“Observe everything about your patient and their environment,” Yao's supervisor, Finn, had told him. “Think of yourself as a secret agent looking for diagnostic clues.”

Yao observed a middle-aged, overweight woman with pronounced
pink shadows under distinctive sea-green eyes and wispy brown hair pulled into a sad little knot at the back of her neck. She was pale and clammy, her breathing ragged. A heavy smoker, judging by her ashtray scent. She sat in a high-backed leather chair behind a gigantic desk. It seemed like she was something of a bigwig, if the size of this plush corner office and its floor-to-ceiling harbor views were any indication of corporate status. They were on the seventeenth floor and the sails of the Opera House were so close you could see the diamond-shaped cream and white tiles.

The woman had one hand on her mouse. She scrolled through emails on her oversized computer screen, as if the two paramedics checking her over were a minor inconvenience, repairmen there to fix a PowerPoint. She wore a tailored navy business suit like a punishment, the jacket pulled uncomfortably tight across her shoulders.

Yao took the woman's free hand and clipped a pulse oximeter onto her finger. He noted a shiny, scaly patch of reddish skin on her forearm. Pre-diabetic?

Finn asked, “Are you on any medication, Masha?” He had a chatty, loose manner with patients, as if he were making small talk at a barbecue, beer in hand.

Yao noticed that Finn always used the names of patients, whereas Yao felt shy talking to them as though they were old friends, but if it enhanced patient outcomes, he would learn to overcome his shyness.

“I am on no medication at all,” said Masha, her gaze fixed on the computer. She clicked on something decisively, then looked away from her monitor and back up at Finn. Her eyes looked like they'd been borrowed from someone beautiful. Yao assumed they were colored contact lenses. “I am in good health. I apologize for taking up your time. I certainly didn't ask for an ambulance.”

“I called the ambulance,” said a very pretty, dark-haired young woman in high heels and a tight checked skirt with interlocking diamond shapes similar to the Opera House tiles. The skirt looked excellent on her but that was obviously of no relevance right now, even
though she was, technically, part of the surrounding environment Yao was meant to be observing. The girl chewed on the fingernail of her little finger. “I'm her PA. SheÂ â¦ ahÂ â¦” She lowered her voice as if she were about to reveal something shameful. “Her face went dead white and then she fell off her chair.”

“I did not fall off my chair!” snapped Masha.

“She kind of slid off it,” amended the girl.

“I momentarily felt dizzy, that is all,” said Masha to Finn. “And then I got straight back to work. Could we cut this short? I'm happy to pay your full, you know, cost or
rate
, or however it is you charge for your services. I have private health insurance, of course. I just really don't have time for this right now.” She turned her attention back to her assistant. “Don't I have an eleven o'clock with Ryan?”

“Did I hear my name?” said a man from the doorway. “What's going on?” A guy in a too-tight purple shirt swaggered in carrying a bundle of manila folders. He spoke with a plummy British accent, like he was a member of the royal family.

Yao sympathized. He didn't appreciate flippancy about matters of health, and he thought his profession deserved more respect. He also had a strong aversion to spiky-haired guys with posh accents who wore purple shirts a size too small to show off their overly developed pecs.

“Can I check your blood pressure, please, ah, Masha?” said Yao, bravely mumbling her name as he went to strap the cuff around her upper arm.

“I actually really do need her sign-off on these,” said the young guy to the PA in a low voice.

Finn helped Masha out of her jacket and put it over the back of her chair in a courtly way.

“I just need signatures on the top two pages.” The guy held out the folder.

“Are you kidding me?” The PA lifted both hands incredulously.

“Mate, you need to come back another time,” said Finn, with a definite edge to his barbecue voice.

The guy stepped back, but Masha clicked her fingers at him for the folder, and he instantly jumped forward and handed it over. He obviously considered Masha scarier than Finn, which was saying something, because Finn was a big, strong guy.

“This will take fourteen seconds at the most,” she said to Finn. Her voice thickened on the word “most” so that it sounded like “mosht.”

Yao, the blood-pressure cuff still in his hand, made eye contact with Finn.

Masha's head lolled to one side, as though she'd just nodded off. The manila folder slipped from her fingers.

“Just like that!” screeched the PA with satisfaction. “That's exactly what she did before!”

“Okay, Masha, let's get you onto the floor,” said Finn.

Finn lifted her under the armpits and Yao took her legs, grunting with the effort. She was a very tall woman, Yao realized; much taller than him. At least six feet and a dead weight. Together he and Finn laid her on her side on the gray carpet. Finn folded her jacket into a pillow and put it behind her head.

Masha's left arm rose stiff and zombielike above her head. Her
hands curled into spastic fists. She continued to breathe in jerky gasps as her body postured.

She was having a seizure.

Seizures were disquieting to watch but Yao knew you just had to wait them out. There was nothing around Masha's neck that Yao could loosen. He scanned the space around her, and saw nowhere she could bang her head.

“Is this what happened earlier?” Finn looked up at the assistant.

“
No
. No, before she just sort of fainted.” The wide-eyed PA watched with appalled fascination.

“Does she have a history of seizures?” asked Finn.

“I don't think so. I don't know.” As she spoke, the PA was shuffling back toward the door of the office, where a crowd of other corporate types had now gathered. Someone held up a mobile phone, filming, as if their boss's seizure were a rock concert.

“Start compressions
.
” Finn's eyes were flat and smooth like stones.

There was a momentâno more than a second, but still a momentâin which Yao did nothing as his brain scrambled to process what had just happened. He would remember that moment of frozen incomprehension forever. He
knew
that a cardiac arrest could present with seizure-like symptoms and yet he'd still missed it because his brain had been so utterly, erroneously convinced of one reality:
This patient is having a seizure
. If Finn hadn't been there, Yao may have sat back on his haunches and observed a woman in cardiac arrest
without acting
, like an airline pilot flying a jet into the ground because he is overly reliant on his faulty instruments. Yao's finest instrument was his brain, and on this day it was faulty.

They shocked her twice but were unable to establish a consistent heart rhythm. Masha Dmitrichenko was in full cardiac arrest as they carried her out of the corner office to which she would never return.