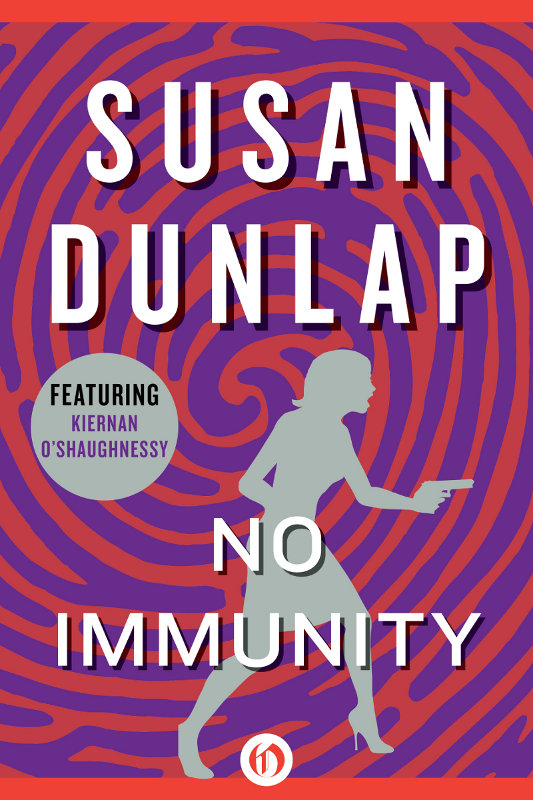 For three inspiring women of Pioche:

A Biography of Susan Dunlap

H
E NEVER SHOULD HAVE
trusted them to Louisa. You don’t leave two defenseless Panamanians who speak no English, no Spanish, no nothing with a woman who just dumped you.

But Louisa was the only one here in Las Vegas who had shown any interest in Juan and Carlos. And she was a doctor.

What other choice was there, Grady Hummacher asked himself again. He could hardly baby-sit two teenaged boys while fifty million dollars oozed through his fingers, could he? The charter to Panama would have taken off without him. Anyone would have told him “Go!”—even the boys, if they could have.

But the sudden flight to Panama and back in two days had wiped him out. He hadn’t slept down there, and all the way back he’d worried about the boys.

The steering wheel slipped as Grady cut left, away from Las Vegas’s McCarran Airport. Pickups roll. He’d rolled three of them in his thirty-seven years. If he’d had any sense, he would have sworn off trucks after the first one. But he loved the lurch when he screeched around a corner on two wheels, that split second between flipping and straightening out, between life and death. He’d thought the boys might be frightened, but they loved it too. Sunday on the way to the picnic he’d had the truck up over a hundred. They were grinning, the two of them. They hadn’t grinned like that since the first time he brought them out of the Panamanian rain forest and into the hotel in Yaviza.

The hotel was a no-star place, but to two deaf teenagers from a rain forest tribe, walking into the lobby bar with the neon lights had been like catapulting into the future. They’d shrunk back against the wall, sure, but Juan hadn’t stayed there long. His eyes had widened in awe, then zeroed in on the glowing colored tubes. Transfixed by the magical lights, he had reached for Carlos’s hand, and the two of them had inched forward to touch the neon tube.

Juan was so curious, so resourceful. Maybe the part of his brain that had never processed sound sharpened his views of each hanging branch, the minute variations of the underbrush, the varied consistency of the mud in every scintilla of his tribal rain forest. He was a topographical map locked in a silent drawer. Hummacher had spotted his potential the first time in the rain forest. He was so quick. Without hearing or language, Juan was the best guide in the tribe. And it had been so easy to get him and Carlos visaed in on the exploration company. Here in Las Vegas, they could have doctors, teachers, whatever they needed. And there wasn’t the danger of another geologist in Yaviza discovering their skill—and
his
find.

No way could he have guessed they’d get so sick here. Was it flu? Germs to which they had no immunity? One of those viruses you see on the six o’clock news? Or was it some microbe they brought into the country?

Hummacher squealed left. A horn shrieked in his ear. Cut too close. But he’d almost missed the damned parking lot. He slammed on the brakes, leaped out, and ran across the empty lot to Louisa’s clinic door.

His feet felt funny, like they weren’t making it all the way to the ground. Two endless air flights in two days, charter or not, was enough to give you rubber legs.

Door was locked. What the hell type of clinic was Louisa running here? Hummacher shivered more fiercely and glared at the dark, empty parking lot. Well, okay, it was late. But if she had the hombres here, she ought to be with them. What kind of doctor would leave them alone? He loped around the side of the stucco block building.

Light in the back. That’s where they would be, then. Couldn’t see in; window too high and those damn cacti Louisa had been so proud of planting in front of her windows. Nature’s barbed wire, she’d called them. He leaped, smacked the window grate before he fell back, catching his sleeve on a cactus spine.

Of course they didn’t hear it. They were
deaf.
If Juan could speak, the first question he’d ask would be, “Are you the village idiot?”

Hummacher ran back to his truck, flashed the lights on and off, on, off. Waited. Nothing changed. Were they too sick to notice?

The back door was weak. Dangerous, he’d told Louisa. Easy to jimmy. Easier to bang through. He started the engine, shifted into first, and hit the gas.

He was onto the macadam in one bounce, inside the clinic in two. The alarm shrieked. The place was lit up like a casino. A white-on-white casino. He ran down the hall, flinging open doors.

“Hombres! Carlos! Juan!” No answer. Of course no answer, idiot!

They were in a tiny examination room, lying on the floor like rags. Neither looked up. Not normal. Somehow—maybe they felt the air move—they’d always known when he’d come in, even if their eyes were closed. Christ, they should feel the alarm; half of Vegas could hear it.

He grabbed Juan’s shoulders. The boy’s eyes opened and faded closed. He was burning up. “Damn!” What the hell was Louisa doing letting them burn up?

The alarm seared his ears. Carlos rolled limply onto his back. Hummacher gasped. The boy’s face was masked in blood.

He scooped the boy up and ran for the truck. Dammit, why didn’t he have a shell on the back? He couldn’t put the hombres in the open bed. The cab seat was too small, but it would have to do. He dropped Carlos in, and raced back into the clinic. The braying alarm rasped his skin. He almost missed the rise of the police siren.

Juan’s skin looked as if it had been inflated, his wide face ballooned, his neck swollen out to his ears. Grady gasped. The boy was bleeding from the eyes. The alarm screamed. Grady picked Juan up and ran, tripping over the doorstep, grabbing the banister, landing hard on the asphalt.

The siren died, then rose, loud as the alarm.

Hummacher jammed the gearshift into reverse. “Hombres. Have to get them out … get them safe. To a real hospital.”

They lay like rag dolls, half off the seat. He hit the brake, shifted to first, and floored the pedal. Their heads banged against the door panel.

He made the first right, flinging their heads into his lap. He braced them with his arm and took a left. He’d lost track of where he was. Vegas wasn’t his city. Off the main streets he was useless. Didn’t matter. Only mattered to slow down, look innocent.

He pulled the boys closer. They felt like hot coals against his jacket. They didn’t even groan. God, he would have felt better if they’d groaned. He should never have brought them here, exposed them, made them sick. The windows were shut tight and the air was thick. He was so tired. He grasped the steering wheel harder and squinted into the dark, looking for a hospital sign.

They had been fine at the picnic just two days ago. Louisa had said they’d love the spot. An acre of lush green, a veritable rain forest, three hours north of Vegas. Who would think any amount of cash could create that? When the hombres saw it Monday, they’d rubbed their faces against the thick, meaty tropical leaves, they’d rolled in the soft ground, their eyes had the same sparkle of that first sight of neon.

They’d been so happy. Why wouldn’t he expect things to work out for them here?

His head throbbed, his thoughts were tumbling over each other. He had to concentrate. In a few minutes he’d have the boys at a hospital and everything would be all right.

Hospital. He couldn’t go there, and he couldn’t leave them there to be turned in to the INS. If Juan and Carlos were contagious, the INS would round up everyone with a sniffle in the barrio and fling them over the border before they could pull out a hanky. For sick immigrants, particularly ones with questionable papers, a hospital was the last place to be.

Then where? It was so hard to think. His apartment? No, definitely not there. He couldn’t swear he’d be safe there himself. And he had to get back to Yaviza to finish negotiations. “Fifty million dollars,” he said aloud, as if the vibrations made the words more real than the two searing, sweaty heads and the blood soaking into his jacket. His share would buy them every doctor in the state. He just needed a couple days more, then he could nurse them around the clock.

He jerked to a stop at a red light. The street lamp shone down on their swollen, bloody faces. “Oh, God,” he muttered. For an instant the panic dissipated. His mind was clear and he knew he’d been feeding himself a line. What the boys had was no flu. He had never seen anything like it. He had heard of plagues in South America that swept through villages leaving everyone there swollen, bloody, and dead. They would still be spreading if the villages weren’t isolated and the governments hadn’t closed the only roads to lead in or out.

The boys, he had to focus on the boys! If he took them to his apartment, they’d die. But if this was some strange virus from the rain forest, the Las Vegas doctors could do nothing but shake their heads while the hombres died. And they’d keep him quarantined to see if he died too. The panic squeezed him tighter. “Oh God, there is no answer.” Maybe back in Panama … rain forest … someone would know … something. Roots … bark … tribal healers, they’d know.

He shook his head clear again. Of course he couldn’t take the hombres back to Panama. He could never slip them onto a flight, sick as they were. He had to get them someplace safe here in Nevada. Whom could he trust?

He did know a place. Not the exact location, just the number. In Nevada there were plenty of people who needed to disappear. Girls outrunning pimps, guys too far into the mob, gamblers who’d ratted out one friend too many. Plenty of trade for a safe house. Two sick kids would be peanuts.