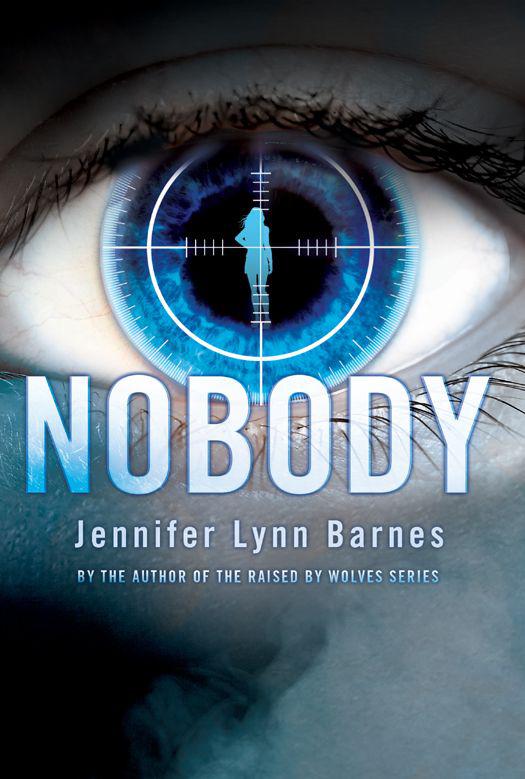 The Raised by Wolves series:

No part of this publication may be reproduced, stored in a retrieval system, or transmitted, in any form or by any means, electronic, mechanical, photocopying, or otherwise, without the written permission of the publisher and copyright owner.

I’m nobody! Who are you?
Are you nobody, too?

Nine letters. Two words. He refused to think of them as a name. With detached objectivity, his steady hands set the thin white paper, with its evenly spaced black lettering, to the side.

He’d done this before.

He’d do this again. More needles, more knives. More evenly spaced black letters that carved themselves, blood-red, into the recesses of his mind.

The only way you can make a difference in this world is to kill
.

Claire Ryan had been reading permutations of those words in the pages of her yearbooks for almost as long as she could remember, but for some reason—either optimism or stupidity, she wasn’t sure which—she’d thought that high school would be different. That
she
would be different. That by the end of freshman year, someone would have bothered to learn her name, invited her over after school, or at the very least asked to copy her geometry homework. But even the most egregious cheaters had remained as oblivious to Claire’s existence as ever, and by the first day of her fifteenth summer, all she had
to show for the year was a perfect attendance record and a yearbook filled with sugary, meaningless clichés.

Claire pushed the thought aside and sat down cross-legged on the floor. Sliding the offending yearbook very nearly out of reach, she tried to focus on something else. Her hands found their way to her cell phone, and before Claire knew it, her index finger was dialing a familiar number, just to hear the sound of the outgoing message.

She could almost pretend that “please leave a message, and I will get back to you as soon as possible” was Motherese for “I miss you, and your dad and I will be home soon.”

Then came the beep.

“Hey, Mom. I wanted to let you know that the last day of school was—it was great. And things here are great. I’m …” Claire cursed herself, but couldn’t stop the word from rolling off her tongue, “… great.”

With the amount of time she spent reading and watching television, she really should have been a better liar, or at least a more creative one.

“Anyway, I hope you guys are having a good time. Don’t worry about me. I’ll be—”

Not again
, Claire told herself sternly.
If you say
great
one more time, I swear to God, I’m never speaking to you again.

“I’ll be
fine
.” Claire was spared the trouble of having to disown herself, but barely. She waited one beat, maybe two, and then she ended the Message That Kept Going and Going by clarifying one last point that might have somehow escaped her mother’s notice. “Ummm … this is Claire. Love you. Bye.”

The moment she hung up, her phone joined the yearbook on the floor, and she closed her eyes.

Have a great summer! Stay sweet! Please leave a message after the beep
.

“Story of my life,” Claire whispered, and the fact that the words came out quiet instead of hard was her first clue that the time for wallowing might be nigh. There couldn’t be something wrong with everyone else in the world. Common sense said that there had to be something wrong with her. If she could just say the right things, do the right things, be a little more interesting …

Claire Ryan was a ghost, a nothing, a nobody.
Invisible
would have been an upgrade. Oxygen was invisible, but it got breathed all the same. Sound waves were heard. Even clandestine farts had the distinction of being smelled.

Oh, God. I’m jealous of farts
. Claire uncrossed her legs and fell backward, allowing her head to thunk viciously against her bedroom’s wood floor.
I envy the noxious, gaseous excretions of the human backside. And my head hurts
.

It was a new low, even for Claire.

Claire pressed her lips together and kept a tight rein on that thought. After a long moment, she forced herself to open her eyes, sat up, and reached first for the phone and then for the yearbook. Two minutes of wallowing, once a year. That was all she got, the closest she could allow herself to the edge of the abyss without letting it devour her whole.

I’m better than this
.

Claire’s throat tightened, but she refused to let herself cry. Instead, she climbed to her feet and walked, one foot placed lightly in front of the other, to the bookshelf underneath her window. She’d made this trip many times before, to place other yearbooks on the bottom shelf and to pull old friends off more honored places near the middle and top.

A Tree Grows in Brooklyn. Ender’s Game. The Secret Garden. I Capture the Castle
.

Claire closed her eyes and ran her hand along the spines of the books on the outermost row of the top shelf. Like a blind man reading Braille, she let her fingertips explore the cracks and lines on the books’ edges until she felt the zigging zag she was looking for, the near-velvet texture of a tome read so often that the paper on the cover had been worn to soft, threadbare nubs.

Claire pulled the book gingerly from the shelf. She opened her eyes and took a ragged breath.

Anne of the overactive imagination. Anne, who took it as a personal insult when people spelled her name without the
E.

Knowing she was too old for the book, but not really caring, Claire settled back down on the floor and opened it to the middle, confident that wherever she started, she’d know exactly where the story picked up.

An orphan girl, desperate for a family. A family who’d hoped for a boy. Dares and dramatics and the indignity of having red hair
.

Claire actually felt her body let go of the harshness of reality. Her mouth curved upward. Her throat relaxed. And as she lost herself in
Anne of Green Gables
, she thought for maybe the thousandth time how lovely it would be to be the kind of girl who could smash a slate over the top of a boy’s head in a fit of temper, how nice it would be to have someone misspell her name.

Clair
or
Clare
, it wouldn’t matter—so long as they said or wrote or thought it at all.

Nix slipped in and out of the crowd, weaving his way down the street with imperceptible but deadly grace. His
was the light touch of a warm breeze, the flow of a silent, colorless, odorless liquid. Water over the edge of a dam. A black adder ready to strike.

No one saw him. No one noticed. And if they had, moments later, his dark hair and light eyes, his scars and tattoos would have been forgotten. The small, arrow-shaped needle in his left hand would have disappeared from their minds, like a footprint from dry sand. The closeness of his body to his target’s, the sleight of hand that allowed him to slip the poison straight into the senator’s vein would never have registered to any passerby as more significant than an empty cup blowing haphazardly down the street.

“Eleven.” Nix whispered the word into the air, knowing that the outside world would never hear or recognize the number for what it was.