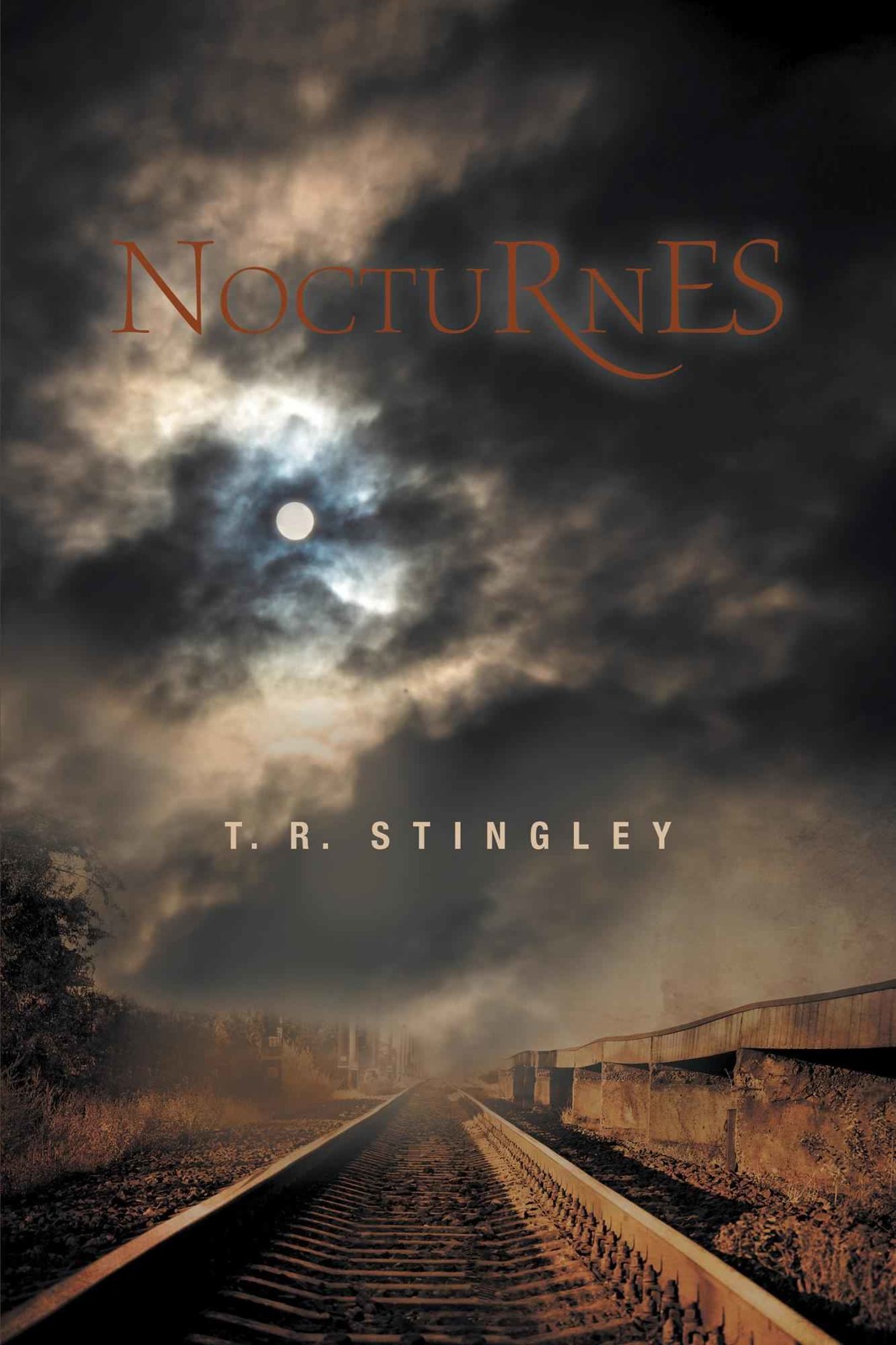 A
writer depends, as much as any human can depend on anything, on a circle of friends and family who tirelessly remind him/her of their talent. I would be remiss not to mention my late mother, Sue Lewis, who sparked my love for literature at an early age. And my old friend Matt Hogan, who was with me all those years ago when I bought my first typewriter. And within that small circle, there is, it seems to me, one in particular who refuses to accept anything less than the fulfillment of the dream. That “one in particular” in this case is my wife, Tami. She has been my muse, my confidante, and the tireless advocate for whatever gifts the universe has lent me. This book is as much hers as it has ever been
mine.

H
e could feel it building. That all-too-familiar yearning was waxing anew. Soon, very soon, he would have to kill again. It was not a thing he took lightly. Most days, he would gladly trade places with nearly anyone. Anyone but a stage four cancer patient, or an AIDS sufferer… or the homelessly insane. He could only feel pity for those people. And that is why he would choose them over everyone else.

F
rom the end of a long line of searching souls, the old man took a step and paused. Up ahead, over the bowed heads and shoulders of the faithful, he could see the tall, distinguished figure of Father Evan Connor. Step, and pause. Closer to salvation? One foot forward, and pause. Finally, he stood, hands clasped, before the priest. Father Connor looked into the old man’s eyes, took two hosts and dipped them into the crimson wine. “The body and blood of
Christ.”

Amen. Isaac received the sacrament on his tongue and crossed himself with a trembling hand. Returning to the pew, he knelt and began the same prayer that he had whispered for more than forty years. This was the only hope that was left to him. And he would continue to cling to it unto death.

The orange and black tabby scurried around to the street-side of the rambling brownstone that Isaac called home, followed in hot pursuit by the elderly man himself. Isaac was brandishing his infamous “cat broom,” Bane of Felines, Scourge of the Cat-Kingdom, Widow Maker, Destructor. He closed in on the tabby as its paws scrambled for purchase on the leaf-littered walkway. Isaac emitted a low meowling that rose in pitch and volume as the broom rose over his head, readying for the swat that would send the cat sprawling across the uncut lawn.

Suddenly, a big, gray tomcat darted from beneath the front steps, circled Isaac’s feet, and bolted after the tabby. Isaac swung the broom like a scythe, hoping for the rare double-spank, but only managed to disturb several elm leaves and a fur
ball.

“The dried carcass of a previous victim, no doubt,” Isaac
grinned.

The cats gained the far corner of the house and turned in unison to see if he had given up. Isaac paused, then started a soft, casual whistle as he walked nonchalantly in their general direction, sweeping a few leaves from the sidewalk as he went. The cats allowed him to move within a broom’s-length, then sprang quickly towards him. At his feet they split up and shot past him in a blur of snarling color. Isaac swung the broom wildly, making several noises intended to convey a religious conviction to the martial arts. The cats were not impressed. They scaled the wrought iron fence near the street and turned once more in a victorious smirk before sauntering up the avenue.

Isaac sat down on the steps, chuckling at their clever tactics. His weekly exercise accomplished, he leaned back against the cool cement, feeling considerably younger than his years. And if there was anything to be gathered from the faces of the two elderly women who had paused to witness his broom-wielding antics, he didn’t act it
either.

His neighbors considered him eccentric…a little off. He had lived alone in that house for more than twenty years, and was rarely seen except in the company of fleeing felines. He received few visitors and paid no
calls.

He was rumored to be engaged in any manner of perversions, from serial killer to union sympathizer. Most folks in the neighborhood wondered how much longer it would be before they hauled the old man off in some anonymous van to some anonymous home, to eventually wither into an anonymous grave.

But Isaac had no intention of withering anytime soon. While he had formerly retired several years earlier, he remained a respected freelance writer for a handful of travel magazines. And while his life did not include an abundance of intimate friends, he was still a healthy, active, and intellectually-inquisitive man.

His cat-carnival was a source of fuel for the local gossip. He knew this. But he enjoyed the company of the cats. And they came from blocks around to participate in the games. The cats were certainly more tolerant than the faces watching him from behind narrowly-parted curtains. They depended upon his longevity, instead of anticipating his
vacancy.

He was booked on the 15:10 to Atlanta, which meant that he had less than two hours to get to the airport. But his heart just wasn’t in this assignment. The travel and timetable involved seemed rather overwhelming, even for a veteran of his stature. He was to cover eleven four- and five-star hotels in eleven different southern cities. Everything from wine lists to room service, all to be accomplished in less than a month. Just the thought of it all was enough to send him retreating to his wing chair with a tumbler of brandy and a good book.

He paused for a moment to reflect upon the reasons that he had accepted such an arduous task at his age. Money had nothing to do with it, to be sure. He had, in fact, entertained the idea of permanent retirement for more than a year now. But he could not quite figure out what to do with his time.

For some fifty years, he had carried the burden of time upon his reluctant shoulders. He had thrown himself into work and various projects. He read voraciously and wrote prodigiously, all in the effort to expel from his consciousness the incessant ticking of that cosmic clock.

With permanent retirement would come the anxiety of heavy moments laid end to end: the gazing out of windows on autumn afternoons, the recollections of fields and leaden skies, visions of another world, of another time…now, and forever, ash.

Truth was, Isaac had become indifferent to the rolling wheels of the world out of painful necessity. Being around the vibrancy of youth and laughter bordered on the unbearable. Now there was little vitality left in reserve to carry him through the winter years of retirement. He would settle into the background of these rooms like a piece of dusty furniture.

And because of his self-imposed exile from his neighbors, there would be a harvest of loneliness to reap as well. So there was little reason for him not to work …not to continue until sickness or death came for
him.

“Enough,” he thought aloud. “Time to put it in gear, Isaac.” He assumed a false interest and prepared for the task at
hand.

He arrived in Atlanta in the late afternoon. “The Belle Epoch,” he told the questioning eyes in the taxi’s rearview. It was a long ride from the city’s perimeter to its heart. The home rush was on and the traffic was locked in a slow crawl past the campus of Georgia Tech. Isaac leaned back in the air-conditioned cocoon and closed his eyes.

There was never any homesickness when his work called him out into the world. That Boston brownstone was mostly a place to store his things: a mantle for his pictures, a room of shelving for his books…a fireplace to stave off winter’s increasing chill. What home he still possessed he carried in his heart. As the cab’s motion lulled him, he could see her, running toward him in that summer dress that filled and burst his heart. She took his hand and pulled him down into the tall grass. The field was a lover’s field. And they were very much at home. She loosened his shirt as he kissed at the hollow of her soft throat, and murmured against her skin, “Lessa,
Lessa…”

The questioning eyes in the mirror that see only an old man in a fit of sleep, speaking in the tongue of ancient
memories.

“Do you always speak foreign languages in your sleep?” the driver inquired.

Isaac frowned. “Only when I
dream.”

Little Red: An Everland Ever After Tale by Caroline Lee
Wicked Pleasures by Rhonda Lee Carver
Put Up or Shut Up by Robinson, Z.A.
Lights Out Tonight by Mary Jane Clark
Video Star (Voice of the Whirlwind) by Walter Jon Williams
Crossfire 03 Entwined with You by Sylvia Day
Technosis: The Kensington Virus by Bell, Morgan
Men of Station 23 [Uniform Fetish 1] (Siren Publishing Menage Amour) by Espino, Stacey
Savour the Moment: Now the Big Day Has Finally Arrived, It's Time To... by Nora Roberts
Their Little Girl by L.J. Anderson
Our partner