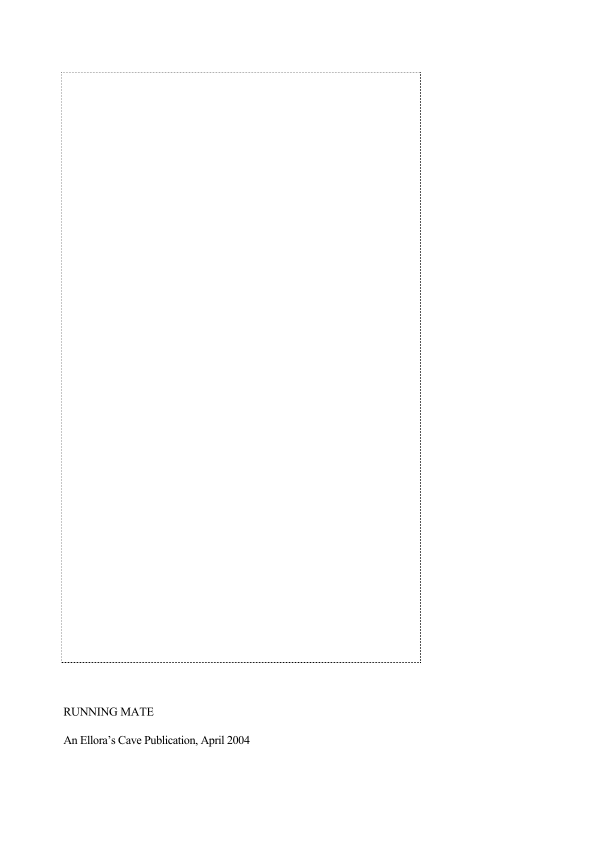 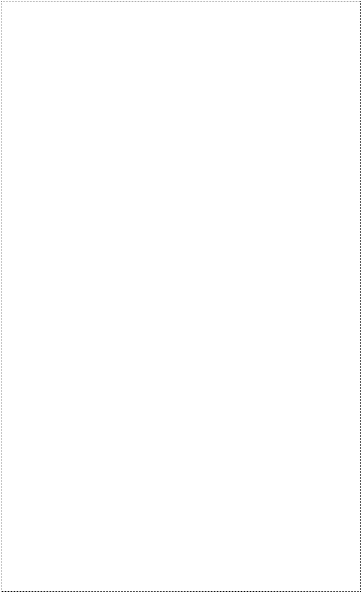 This book is a work of fiction and any resemblance to persons, living or dead, or places, events orlocales is purely coincidental. They are productions of the authors’ imagination and used fictitiously.

To Briana St. James and Jennifer Martin. Thank you for your faith in me, and for the opportunities

you’ve given me. I’m honored.

To the management of Ellora’s Cave. Thank you for believing in me and for giving me the freedom to letmy imagination soar.

And, as always, to Charlie, for traveling down this road with me and holding my hand along the way.

Because of you, I know the magic of love.

“Jason Devlin is over there.”

Kelsey Harper spun, looking where her father was pointing. Her heart picked up its usual frantic pacewhenever Senator Devlin was mentioned.

Leave it to Walter Harper to spot a news story in the making. As owner of
The Washington Oracle
,

D.C.’s popular newspaper, her father had a nose for a scoop better than anyone she’d ever seen.

She’d grown up around newspaper publishing and reporting, and wouldn’t dream of ever doing anythingelse. Kelsey lived for digging up a story, especially one related to politics, although she preferred to getthe goods on corrupt politicians and what they did behind the scenes.

“I don’t see him,” she said. Who could find anyone in the packed ballroom? She’d just arrived, so she missed dinner and the Senator’s speech and wasn’t certain he was still around. When Jason Devlin made an appearance, a sellout was guaranteed. Chances were, he was wherever the biggest crowd was gathered.

The man was simply news, and not only because of his principles. He was the “it” man in politics, andwas talked about as a potential Presidential candidate. He was also one of the best looking men she’dever seen. Six-foot-two and lean, with thick, dark hair and eyes the color of fine whiskey. A gorgeousman with a body to die for and a brain to match. His features screamed ‘aristocrat’, from his tanned,angular jaw to his straight nose. The most important thing about him was his single status. A perfectpackage, available for the one woman who could manage to snag him.

Not that Kelsey was interested in snagging him. She just wanted to uncover his secrets.

In Washington, D.C., and especially politics, everybody had a skeleton or two in their closets.

Skeletons sold newspapers. Lots of them.

“He’s looking longingly at the elevators,” her father said. “My guess is he’s hoping for a little privacy.”

“Perfect.” She’d been waiting forever to corner him for an interview. With his rabid, overly protective staff, no way was she getting any one-on-one time with him. At least, not the regular way. “I’m going to get up to his floor before he does, then block his doorway until I get an interview.”

“That’s my girl.” Her father winked and kissed her cheek.

Kelsey grinned and slipped away toward the private elevators leading to the penthouse. She stopped asshe saw a security guard escorting an attractive woman off the elevator, a sultry, big-breasted blonde in atight, short dress that hid none of her assets. From the way she was arguing with the guard about what ahuge mistake he was making, she wasn’t one bit happy about being removed, either. Must be another Devlin groupie.

Kelsey waited until security was out of sight, then eased into the elevator and pressed the button for thepenthouse. She glanced at her reflection in the mirrored walls of the elevator. The long, strapless blackgown hugged her curves like a mummy’s wrapping. Not really her favorite choice of clothing. Shorts anda halter top would have been more to her liking.

She applied some lipstick and tucked her chin-length hair behind her ears, comparing her appearance tothe Playboy centerfold who’d just been escorted from the elevator.

Not even close. She had decent-sized breasts, but they certainly weren’t as impressive as the blonde’s. Her waist dipped in nicely, but she had a little more prominent hippage than Miss “I Eat Carrots For Breakfast, Lunch And Dinner”.

At least she had nice green eyes with a little rim of blue around them. Her father had always told her thather eyes were her best feature. She wasn’t certain if that was a true compliment or his way of playingdown the rest of her, which was, sad to say, only average. From her brown hair to her not-model-sizedbody, she really was as nondescript as they came.

Then again, when had she ever cared about how she looked? Just because she’d attended thesefunctions for two years and not once had Jason Devlin noticed her. Which didn’t mean she should beconcerned about her appearance.

After all, she was only planning to interview him, not fuck him.

When she reached the penthouse, she peeked out the elevator door, breathing a sigh of relief that nosecurity guards manned the hallway. She slipped out and positioned herself near the window by the doorto Devlin’s suite, determined to confront him and refuse to take no for an answer. Tonight, she’d havesome one-on-one time with the elusive senator.

The sounds of sirens outside blared in the distance, an everyday occurrence in the nation’s capitol. To Kelsey, they were like a comforting lullaby. She’d cut her teeth in a gritty newspaper office and hadlearned everything about the business from the ground up. After her mother died when she was a toddler,her only influence had been her father, and he knew nothing about raising girls. He’d taught her aboutjournalism instead.

Of course, she’d never tell her father, the award-winning Walter Harper, that her favorite things to readwere the gossip rags. He frowned on her exposés about the nation’s elite, but always let her printwhatever she thought best. Because of his faith in her, she never pushed the envelope between what wasnews and what was trash. Every story she wrote could be backed up with proof.

Tonight, she hoped to garner a little “truth” about Jason Devlin. If he was feeling generous, maybe he’dinvite her into his suite for an interview.

The ballroom was filled to capacity at The Sadler, D.C.’s premier hotel. Senator Jason Devlin hadshaken so many hands and smiled for so many cameras, his hand and face hurt.

All he really wanted to do was run through the park until the tension knotting his muscles relaxed. Thatwouldn’t happen for awhile, though. Instead, he was dressed up in his usual monkey suit, smiling, talkingand fending off reporters’ questions about why the capitol’s most eligible bachelor wasn’t dating anyone.

They probably thought he was gay. Good. Better than knowing the truth about him. It wasn’t like hecould date just anyone. Not with his quirks and strange life. Someday, maybe, he’d find a mate. But he’dchoose from those among his kind, never a human. Humans couldn’t be trusted to keep his secrets.

He searched the crowd for his cousin, Brandon King, who was also his aide and beta. He needed to get

out of here and couldn’t break through the throng of people following him around as if the very act of taking a sip of champagne was newsworthy. Sometimes he hated this part of his job. Politics was for change, not headlines, but because of his looks and the fact he was thirty-eight years old and single, his love life made more news than his policies.

Brandon approached and sidled beside him. “Need out?”

Brandon nodded and signaled for security to move the crowd aside. Leaning in toward him, Brandonwhispered, “I’ve got someone up at the penthouse waiting to meet you. One of ours. Thought youlooked a little high strung tonight and could use a little relief.”

“Thanks.” Great. Nothing like having his beta pimp for him. But Brandon knew everyone in this town, including their own kind. Despite the fact he was alpha of the pack, he didn’t socialize with them that often. There were just too many of them and he was too damned busy.

But his beta was right. He needed a good fuck. It had been too long and the urge was hitting him on aregular basis. Too bad he couldn’t just do it the normal way and meet a woman first, get to know her,and then get physical.

There were definitely drawbacks to being a werewolf in a prominent position in politics.

After several handshakes and goodnights, Brandon turned to the crowd and said, “The Senator hassome phone calls to make. How about giving him a break and letting him through?”

Leave it to Brandon to give them a smile and a wink and flash the old baby blues. The single women inthe room naturally gravitated to Brandon and his California surfer boy good looks, surrounding him like abunch of ready-to-mate she-wolves. Grateful, Jason slipped through the crowds with the two guardsleading the way, breathing a sigh of relief when the elevator doors closed behind them.

When the doors opened, security stepped out, doing their usual search and destroy mission. Jason rolledhis eyes, wondering what they’d think if they knew he could kill them both in seconds with his barehands. He hardly needed their protection.

They motioned him out of the elevators and down the hall to his suite. Sitting in one of the chairs near thewindows was a beautiful vision. She stood and smiled as he approached and his heart stopped for onebrief second.

Beautiful women were in abundance at these events. But this one was striking. Chin-length sable hair,wide emerald-green eyes, and a curvy body that had his cock twitching to life like a divining rodsearching for water in the desert. She looked familiar, too. Maybe he’d seen her with the pack before,but just hadn’t noticed. Although how he could miss someone so stunning was incomprehensible. He’dhave to remember to thank Brandon.

“You’re not supposed to be here,” one of the guards said in a low warning voice.

“It’s okay,” Jason interrupted. “I was expecting her. She’s with me.”

Her eyes widened in surprise, but she didn’t say anything.

“Come on in.” He slipped the key in the lock and pushed the door open, then dismissed the guards,

shutting the door behind them.

His eyes immediately adjusted to the lack of light, focusing on the woman’s silhouette. Her fragrancepermeated his senses—not perfume, but she must use some kind of strawberry-flavored body wash. That sweet smell coupled with her natural, musky scent took his cock from semi-rigid to “get me the fuckout of these pants now!” in an instant.

“Um, Senator, are you going to turn the lights on?” she asked, her voice low and gravelly. His balls

There was something different about this woman. Her scent, the way she stood rigid in front of him. Theshe-wolves of the pack were always primed and ready for fucking, especially by the alpha. Normally hewouldn’t get the door shut before one would be unzipping his pants and wrapping her lips around hisshaft. So far, this one hadn’t moved. Maybe she was new to the pack and uncertain about hisexpectations.

Ashes to Ashes-Blood Ties 3 by Jennifer Armintrout
Glass by Alex Christofi
Officer in Pursuit by Ranae Rose
Ghost Hunt 2: MORE Chilling Tales of the Unknown by Hawes, Jason, Wilson, Grant
The Murder of Jim Fisk for the Love of Josie Mansfield by H. W. Brands
All Involved by Ryan Gattis
Second To Nun (A Giulia Driscoll Mystery Book 2) by Alice Loweecey
Give Women Wild Screaming Orgasms by David Shade
Dark Enchantment by Kathy Morgan
MeltMe by Calista Fox
Our partner