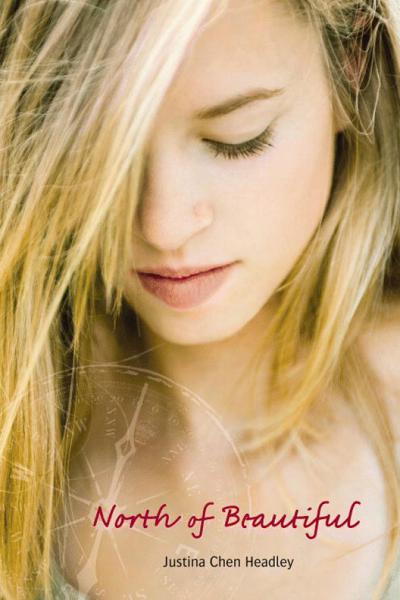 Visit our Web site at
www.lb-teens.com

Chapter seven: The Topography of Guilt

who is everything true and beautiful

A map says to you,

“Read me carefully, follow me closely, doubt me not . . .

I am the earth in the palm of your hand.” 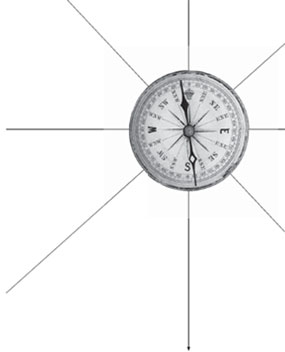 NOT TO BRAG OR ANYTHING, but if you saw me from behind, you’d probably think I was perfect. I’m tall, but not too tall, with a ballerina’s long legs and longish neck. My hair is naturally platinum blond, the kind that curls when I want it to and cascades behind my back in one sleek line when I don’t. While my face couldn’t launch a thousand ships, it has the power to make any stranger whip around for a second look. Trust me, this mixture of curiosity and revulsion is nothing Helen of Troy would ever have encountered.

Please don’t get me wrong; I’ve got all the requisite parts — and in all the right numbers, too: one nose, two eyes, and twenty-four teeth that add up to not a bad smile. But who notices pearly whites when a red-stained birthmark stretches across the broad plain of my right cheek? That’s exactly why I never went anywhere without my usual geologic strata of moisturizer, sunblock, medical concealer, foundation, and powder.

So what was with the crocodilian gaze, hungry and appraising, I was getting from the guest speaker in my Advanced Biology class? With-out thinking, I cupped my cheek in my hand. No matter how cleverly I masked myself, sometimes I still felt as conspicuous as one of my town’s oddities, say, Mac’s two-legged dog who walked on his hind paws. Or the doe with the cantaloupe-sized tumor on her belly who defied death, hunting season after hunting season.

I half expected the speaker to say something. People always did. I’d heard all the comments, too, ranging from the chummy (“My next-door neighbor thirty years ago had a birthmark on her face”) to the urbane (“You know, I saw Gorbachev once and his birthmark really looked like it did in pictures”). Good-intentioned or not, every remark made me bristle. If you don’t rush up to the grossly overweight with a “Hey, I know someone who weighs three hundred pounds, too,” then why was it acceptable to remark about my face?

The researcher finished printing her name on the board, Dr. Noelle Holladay. Why do parents do that to their kids: make our names prime targets for teasing? The one advantage of mine — Terra Rose Cooper — was that the mapping terms that made up my name could almost pass for normal, unlike my poor older brothers, Mercatur and Claudius, who were named for some of history’s most important mapmakers. Thank you, Mr. Cartography, our father. Anyhow, not one of the seniors in my class (me being the only junior) could appreciate the forced holiday cheeriness of the researcher’s name, slumped as they were in various stages of post-lunch catatonia.

To dodge Dr. Holladay’s probing gaze, I bent my head down and busied myself with finishing the compass rose I had started drawing on my jeans earlier that day. It was the old-fashioned kind that figured prominently in all the antique maps around my home and in my doodles for the last six months. As if by drawing and redrawing arrows and the cardinal directions, I might find True North. What most people don’t realize is that our world actually has two norths: True North that stays in one fixed place in the North Pole. And Magnetic North that moves some forty kilometers northwest every year, following the ever-shifting gyrations of the molten iron within Earth’s inner core.

Despite myself, I was mesmerized by these huge pictures of fertilized eggs, so zoomed in, I could practically see the DNA strands waving like Tibetan prayer flags in the wind. Only these weren’t imprinted with prayers, but with prophecies. What would mine say? She’ll be great at snowshoeing. Shy in front of crowds. Obsessed with maps, yet perpetually lost. Stricken with wanderlust, but never allowed to go anywhere. (My parents considered Seattle, five hours away, an exotic locale.)

“Weird, isn’t it? Someone’s destiny, right here?” Karin murmured to me. She craned forward in her chair, studying the photo, magnified some fifty thousand times larger than life, as if she wanted her fate to be mapped out that neatly. No one needed a fate map, road map, or atlas to know all the points of interest that Karin had planned for her life — first stop: high school podcaster; final destination: her own daytime show à la Oprah.

Me, I just wanted to get away from here. That’s why I’ve had my fate map platted out since junior high: finish high school in three years. Escape to a college far, far away. Graduate in record time, and land a lucrative job where I’d make so much money no one could tell me what to do, where I could go. So it may not have been my True North, but it was close enough. It was the destiny I chose, dictated by me, not my dad.

Just as I’ve done since I popped my early admissions application to Williams College in the mail, I ignored the sour backwash of guilt. I still hadn’t told my boyfriend, Erik, about my fast-track plan. That our fate maps were diverging as soon as the school year ended. I couldn’t let anything, not even a miracle boyfriend, tether me here.

“. . . the genome mapping project will unlock DNA,” said Dr. Holladay, her face glowing with the promise of scientific discovery. “One day, we’ll be able to . . . able to . . . ascertain the genetic markers . . . for every disease.”

But all maps lie, I wanted to tell Karin and the rest of the class and especially this stop-and-go geneticist. Even the best maps distort the truth. Something’s got to give when you take our three-dimensional world and flatten it down to a two-dimensional piece of paper: Greenland balloons; Africa stretches.

“You’re the last person who needs a fate map,” I whispered to Karin.

Apparently, Dr. Holladay boasted genetically superior hearing in addition to sticky eyes, because she asked, “Do you have something to add, Terra?”

“No, nothing,” I said hastily. Karin raised a questioning eyebrow at me, and I lifted my shoulder in a half-shrug response. How the hell did the geneticist know my name?

In case Dr. Holladay believed in the Socratic method of teaching and was planning to interrogate me, I broke eye contact and kept coloring in my compass. I wasn’t being facetious or a kiss-up with Karin; it was the plain and honest truth. Fate couldn’t have been kinder to any girl, even if Karin swore her nose was wider than the base of Mount Rainier. Those were times when I wanted to shake her. Who cared about oversized nostrils when everything else about her was exquisite?

I, for one, was introduced to my flaws when I was four.

Mom tells me there’s no way I can possibly remember something that happened twelve years ago with any kind of clarity. For the record: it’s hard to forget the first time someone calls you ugly, especially if it’s the prima ballerina of your tiny tot ballet class.

The second I walked into the ballet studio, Alicia — said diva-in-training — had complained, “But Miss Elizabeth, Terra is too ugly to be a princess.” She tapped one foot impatiently, her pink ballet shoes scuffed on the toes like she was used to kicking girls who were already down.

Everyone, Miss Elizabeth included, turned to stare at me. So while Prokofiev’s Cinderella swelled inside the studio, I felt like my cheek was swelling into a hot air balloon. If I couldn’t be carried away to the far-off yonder, then I wanted to disappear beneath the cloying makeup I’d worn even as a newborn freshly released from the hospital. But that winter day, Mom was out of town, and my brothers had no clue, my father no interest in camouflaging me for dance. Rescue came in the form of Karin — the other new girl who was fresh from Los Angeles. She told Alicia flat-out: “You’re uglier than the ugly stepsisters.” To this day, Karin denies that what she actually said was “You’re uglier than Terra.” And she could be right that my memory might be colored (so to speak) because I’m hypersensitive about my cheek. But it doesn’t matter whether she said it or not. We’ve been best friends since.

The lights flicked on, and without the cover of darkness, Dr. Holladay returned to pacing nervously in front of the classroom. Two dark patches of sweat stained the purple blouse under her spindly arms, the telltale sign of nerves. I felt sorry for her, almost ran up and threw my jacket around her. But her sweat would dry and disappear. In an hour or two, she’d be just another tourist visiting the Methow Valley for our two hundred kilometers of groomed cross-country skiing trails.

“So if I were you, I’d put your family’s medical history on paper. Go back as far as you can,” Dr. Holladay cautioned us softly.

Karin scribbled down this piece of advice dutifully. I drew the black ballpoint pen back and forth, harder and harder, until the nib bit through the thick material of my jeans. I didn’t care if it hurt. I worked on my compass until it bloomed with thirty-two petal-like arms, each pointing in a different direction. There was no end to the places I wanted to visit. Kashgar or California, it didn’t matter so long as it took me someplace other than here.

YOU MIGHT WONDER WHAT WOULD make a world-famous cartographer transplant himself and his family to the Middle of Nowheresville, USA. I wondered, too — all the time and mostly in class where other kids didn’t realize Kennedy High was just a pit stop in purgatory. (But then again, you might be wondering how a mapmaker could be a celebrity at all. Let me tell you that the least likely, most geeky person could be world-famous in the right circles — comic book creators, undercover bloggers, my dad and his mapping algorithms.)