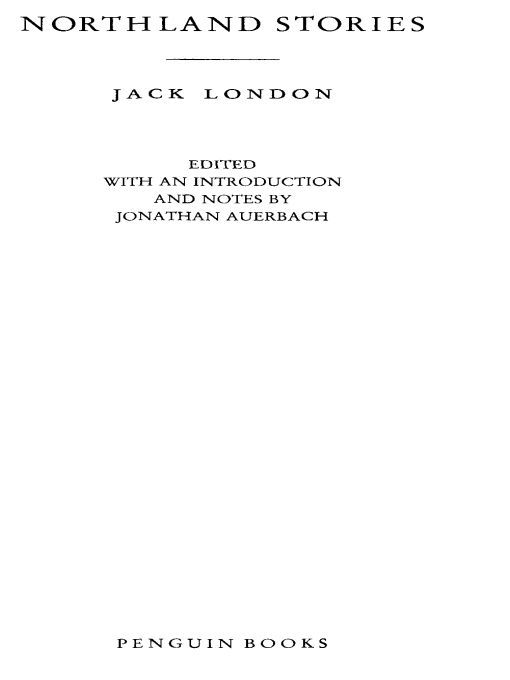 Table of Contents
Â
Title Page
Dedication
Copyright Page
Introduction
Â
The White Silence
The Son of the Wolf
In a Far Country
To the Man on Trail
The Wisdom of the Trail
An Odyssey of the North
The God of His Fathers
Siwash
Grit of Women
Where the Trail Forks
The Law of Life
Keesh, the Son of Keesh
The Death of Ligoun
Li Wan, the Fair
The League of the Old Men
The Story of Jees Uck
Love of Life
The Sun-Dog Trail
To Build a Fire
Â
EXPLANATORY NOTES
APPENDIX
FOR THE BEST IN PAPERBACKS, LOOK FOR THE

NORTHLAND STORIES
Jack Londonâhis real name was John Griffith Londonâhad a wild and colorful youth on the waterfront of San Francisco, his native city. Born in 1876, he left school at the age of fourteen and worked in a cannery. By the time he was sixteen he had been both an oyster pirate and a member of the Fish Patrol in San Francisco Bay and he later wrote about his experiences in
The Cruise of the Dazzler
(1902) and
Tales of the Fish Patrol
(1905). In 1893 he joined a sealing cruise which took him as far as Japan. Returning to the United States, he travelled throughout the country. He was determined to become a writer and read voraciously. After a brief period of study at the University of California he joined the gold rush to the Kondike in 1897. He returned to San Francisco the following year and wrote about his experiences. His short stories of the Yukon were published in
Overland Monthly
(1898) and the
Atlantic Monthly
(1899), and in 1900 his first collection,
The Son of the Wolf,
appeared, bringing him national fame. In 1902 he went to London, where he studied the slum conditions of the East End. He wrote about his experiences in
The People of the Abyss
(1903). His life was exciting and eventful. There were sailing voyages to the Caribbean and the South Seas. He reported on the Russo-Japanese War for the Hearst papers and gave lecture tours. A prolific writer, he published an enormous number of stories and novels. Besides several collections of short stories, including
Love of Life
(1907), Lost Face (1910), and
On the Makatoa Mat
(1919), he wrote many novels, including
The Call of the Wild
(1903),
The Sea-Wolf
(1904),
The Game
(1905),
White Fang
(1906),
The Iron Heel
(1908),
Martin Eden
(1909), and
The Star Rover
(1915). Jack London died in 1916, at his home in California.
Â
Jonathan Auerbach, professor of English at the University of Maryland, College Park, is the author of
Male Call: Becoming Jack London and The Romance of Failure: First-Person Fictions of Poe, Hawthorne, and James,
as well as various articles on American literature and culture. 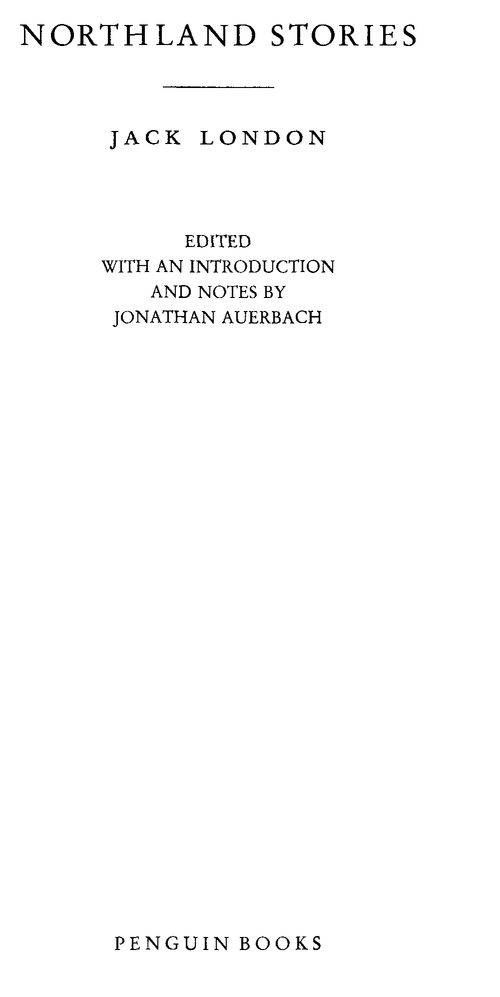 What a Wicked Earl Wants by Vicky Dreiling
The Living Death by Nick Carter
What Mad Pursuit by Francis Crick
Broken Wings by V. C. Andrews
This is a Love Story by Thompson, Jessica
Memoirs of a Wild Child by P Lewis, Cassandra
Curse of the Ruins by Gary Paulsen
Control by Kayla Perrin
Los sueños de la casa de la bruja by H.P. Lovecraft
City of Refuge by Tom Piazza
Our partner